A newcomer to Staunton St, in contrast to most, chose not to make much noise about their arrival. We feel a marching band precession would have been quite suitable–the food is really very good.

For all of Soho's flaws, it's been making serious amends with the amount of new restaurant openings in 2015. Stazione Novella have most recently been added to the movement, Linguini Fini reinserted atmosphere to the area surrounding the mid-levels escalators and we can look forward to a new oyster bar by the end of the month with The Walrus, a recent development from those who brought us The Woods.

Wondering what to expect from a restaurant whose entry doubles as the mouth of what we can only assume is modelled on the cave of wonders from Aladdin, the cavity is narrow and quite dark, extremely funky and unlike anything else we have seen in Hong Kong–those from Barcelona will approve. Friendly staff are welcoming, and after being directed to one of the tables, a quick glance over the menu proves there is no messing about where when it comes to cuisine identity; it is all written in Spanish with English explanations. Both the owners are of Spanish affiliation, one by birth and the other by residence. Their intent is to bring high quality drinks and tapas to Hong Kong at middle range prices. This is a line we have heard before, and it usually means small portions sold resulting in an un-small bill. This is not the case for Bocadito, where you will escape a dinner for two with a range of tapas and a drink each for about $600. Damage; mitigated. 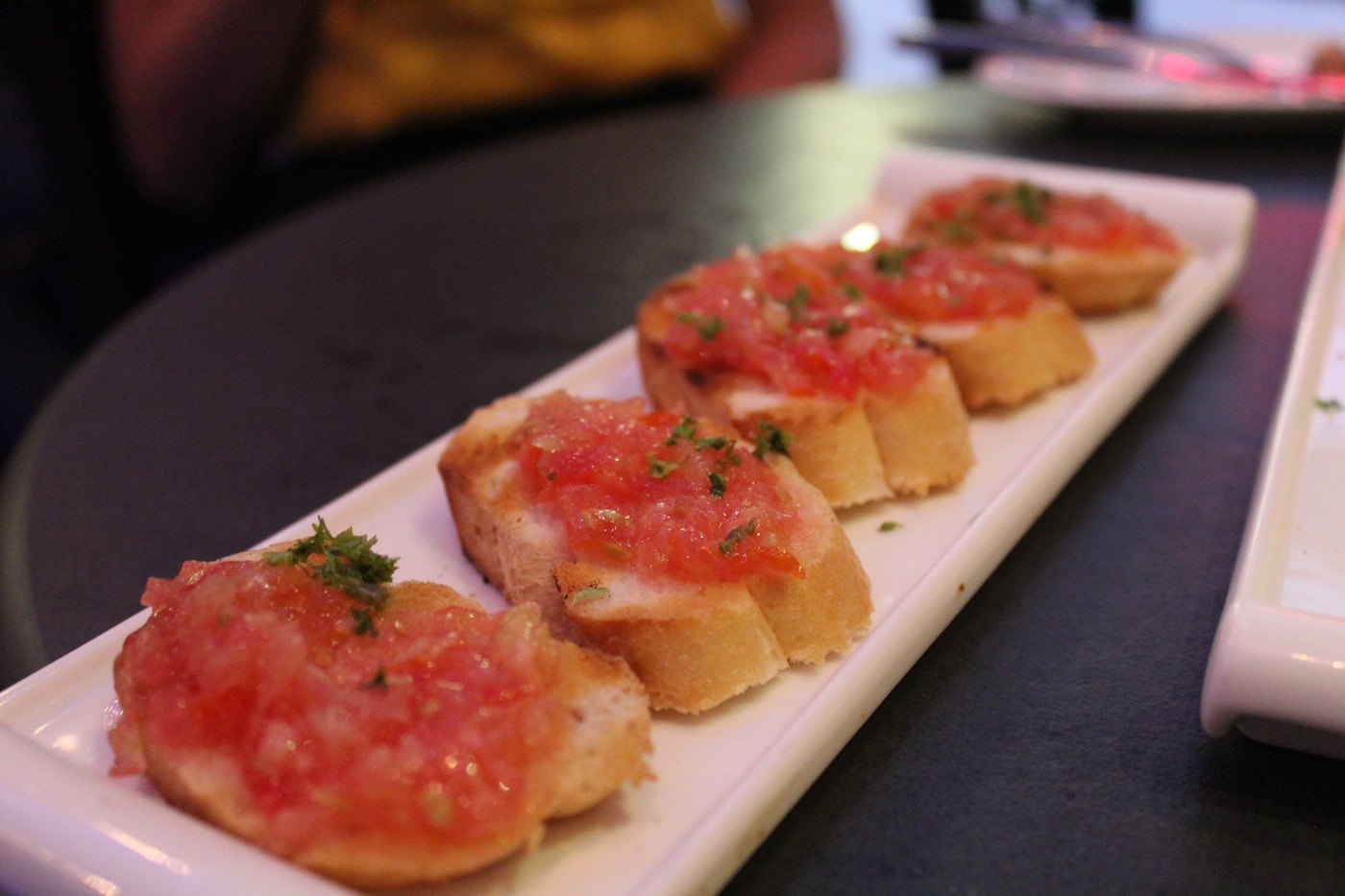 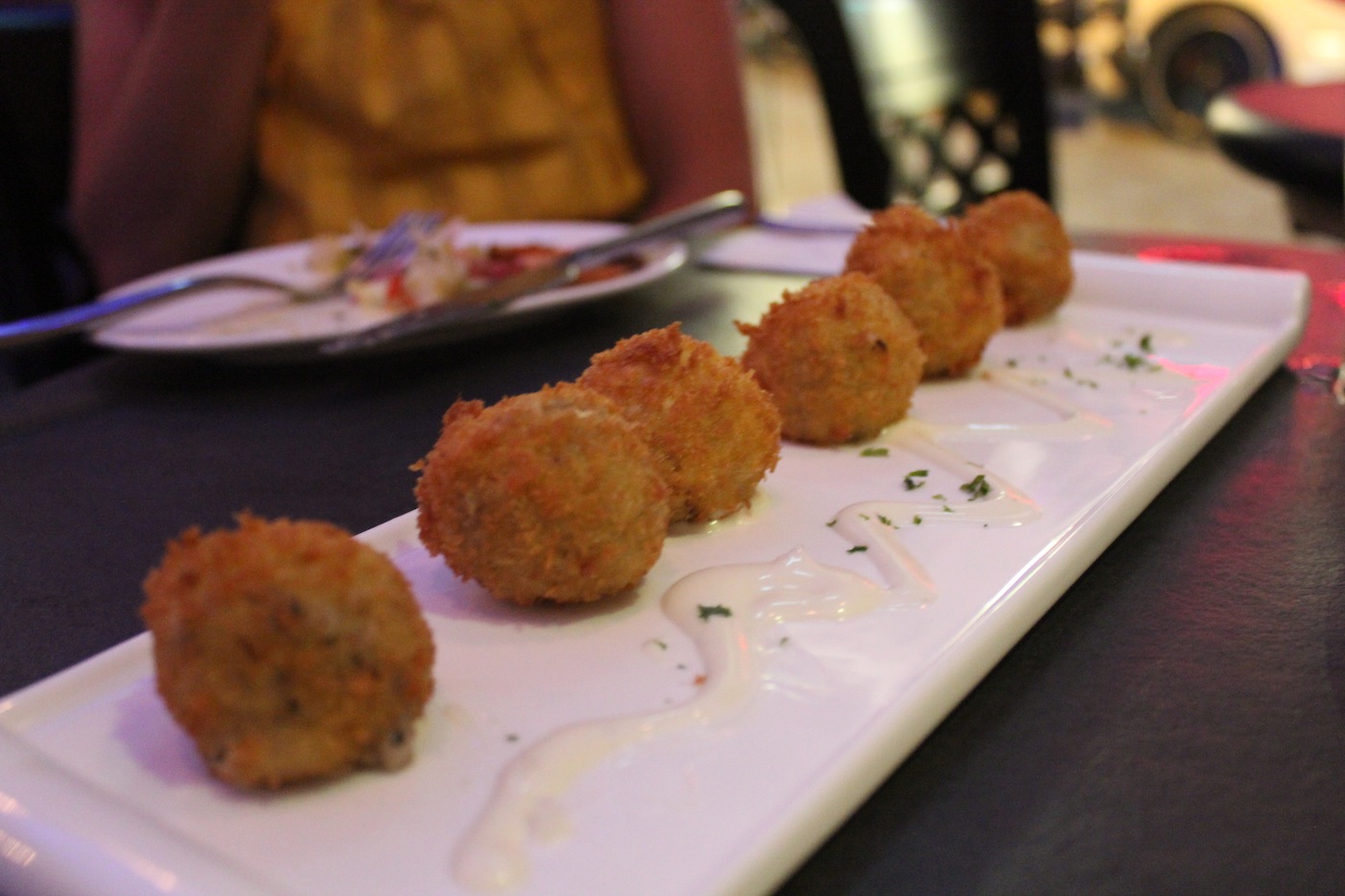 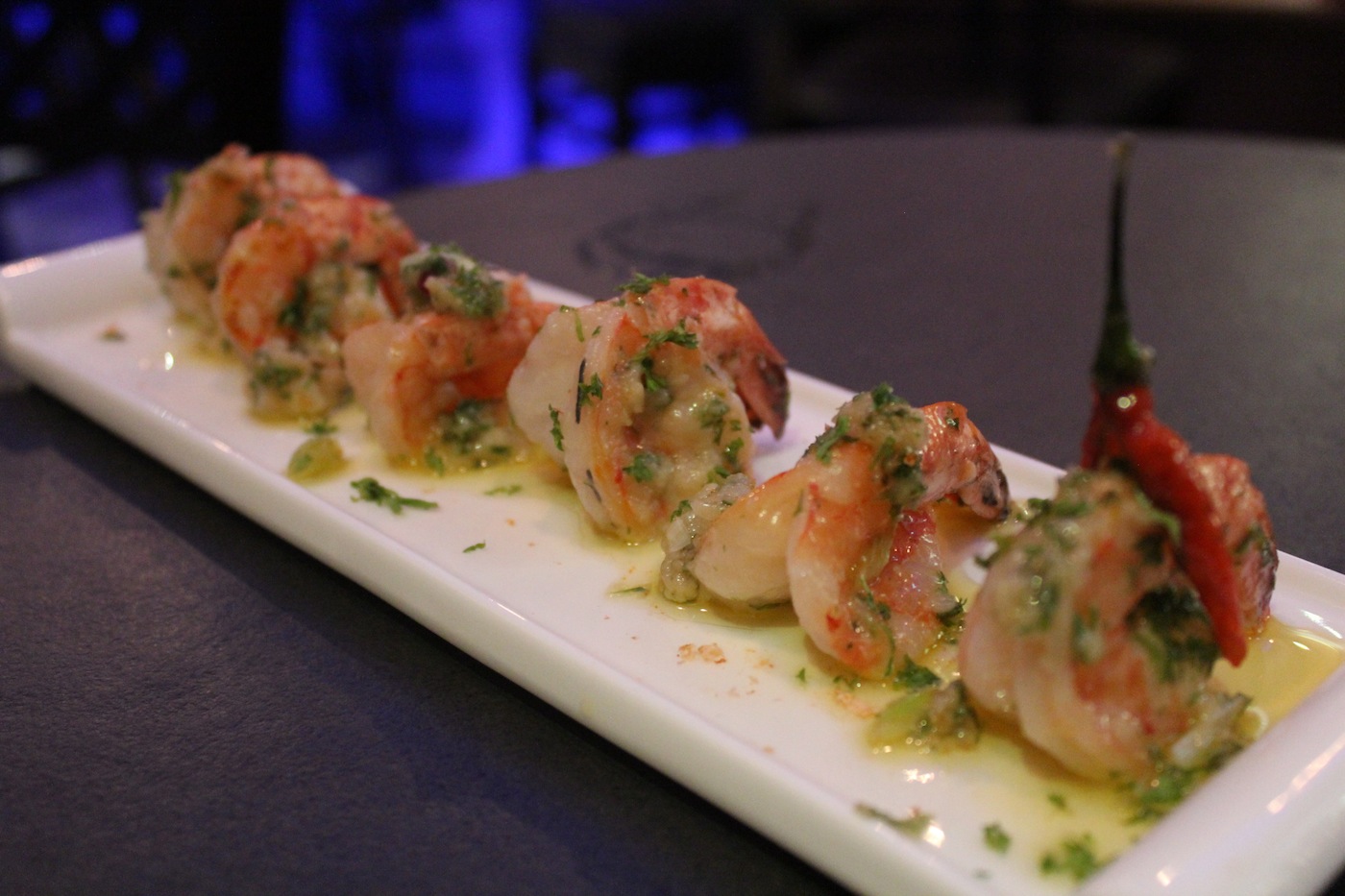 We had the pan con tomate ($45) (which we have now tried at nearly every Spanish restaurant in Hong Kong, with the award for best still belonging to Rustico in Lai Chi Kok; Bocadito now coming a very close second), mushroom croquetas (6 for $88), gambas al ajillo ($130), and sole ceviche ($78).The ceviche had an unpredictably generous measure of heat to it, which worked so well with the tart lime and pungent onion. The mushroom croquetas were creamy and deeply savoury, crispy and warm but molten inside. The gambas make us say to every other prawn dish we have ever tasted: 'get it together'. What is masterful about this dish is how simple it is. Prawns, cooked to perfection so they're more under than over cooked, olive oil that is fruity and viscous, garlic that permeates all parts of the dish and fresh chillis that just won't stop. Easily the highlight of the night and we recommend this one to every person who enters the Spanish/Mexican grotto.

The mains constituted salad with roasted seasonal veg ($75) (which were very tasty–a treat in this city that can struggle throw together a flavourful salad), the fish taquitos ($78) and beef tenderloin with rosemary and butter sauce ($228). Standouts from this round were assuredly the tacos, which were very 'streets of Mexico City' with a tortilla that you can tell is made daily. 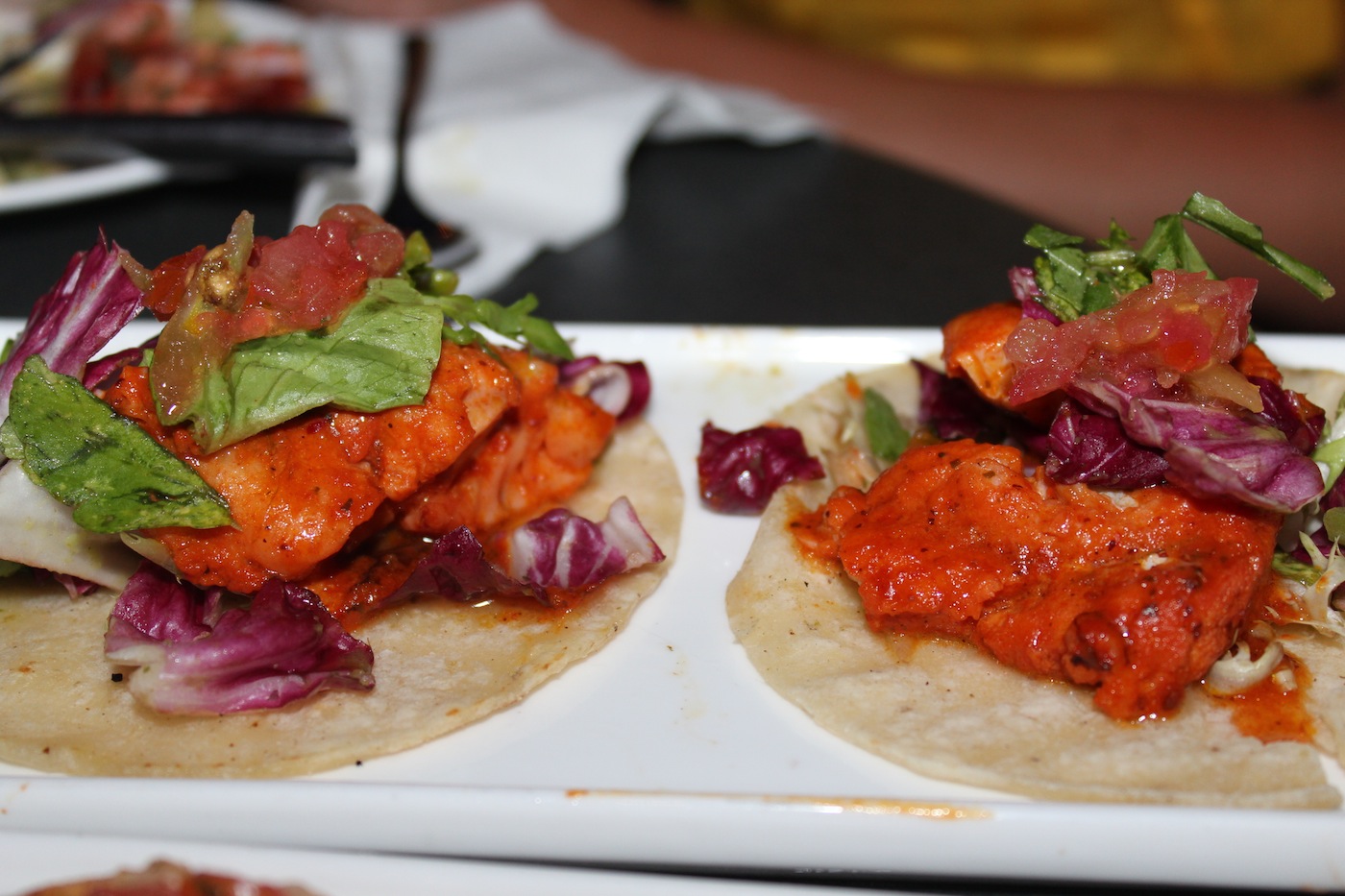 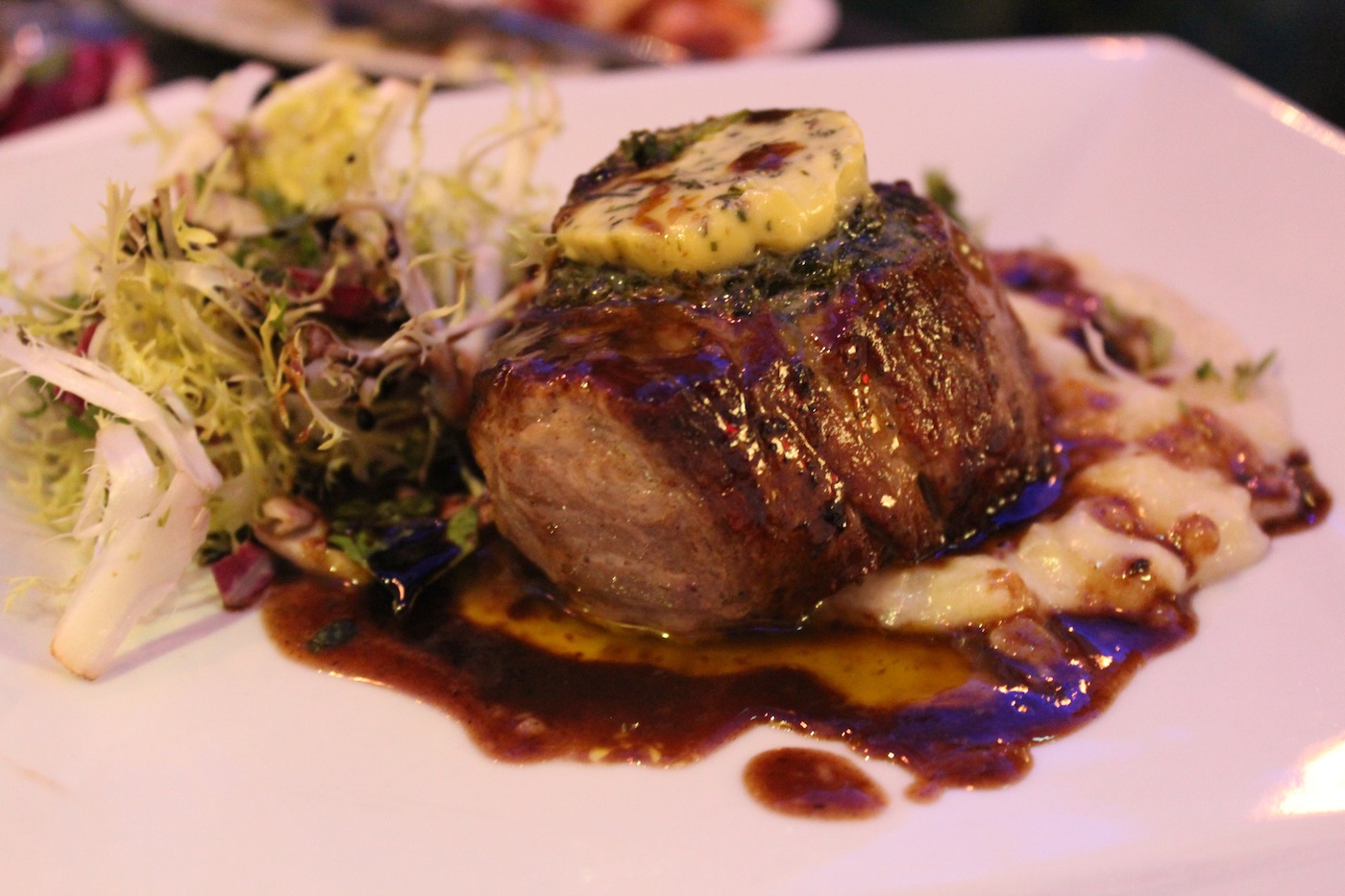 Verdict: This is an ideal place to sit and drink a lot in. The tipples are cheap and clever; the down to earth bar staff made us a sugar, rum and lime cocktail that was bang on and entirely unusual (ask for the cocktail that is 'yet to be named' on entering for a similar concoction). The wine easy to imbibe, creating a Spanish symbiosis with the the many tapas available. Order a bottle (for a measly $300-$400), a couple of cocktails, and let the tacos and gambas abound.