Fergus Henderson: The Man Who Changed the Culinary World [Interview]

This article originally appeared in the latest July edition of Foodie: The Future and Food. Read it here!

The best way to describe Fergus Henderson is as a man who exudes originality and wit, who creates dishes of sheer deliciousness. A cult figure amongst culinary professionals and ardent devotees, the British chef has battled Parkinson's disease for many years. The challenges, however, have in no way halted his passion and influence on the revolution of nose-to-tail cooking.

Upon sitting down with Chef Henderson on his last visit to Fish & Meat here in Hong Kong, we sensed a charismatic and understated grace to his speech, especially when he spoke about the common sense of nose-to-tail cookery. This style of cuisine may perhaps not become a trend, as it embodies too much practicality and perhaps, not enough glitz, but his message is one of increasing transparency and positivity in how we treat and pick our produce. During his trip to Hong Kong, he spoke to us about British food, his illness, and why he is “not too fussed” on the concept of nose-to-tail. 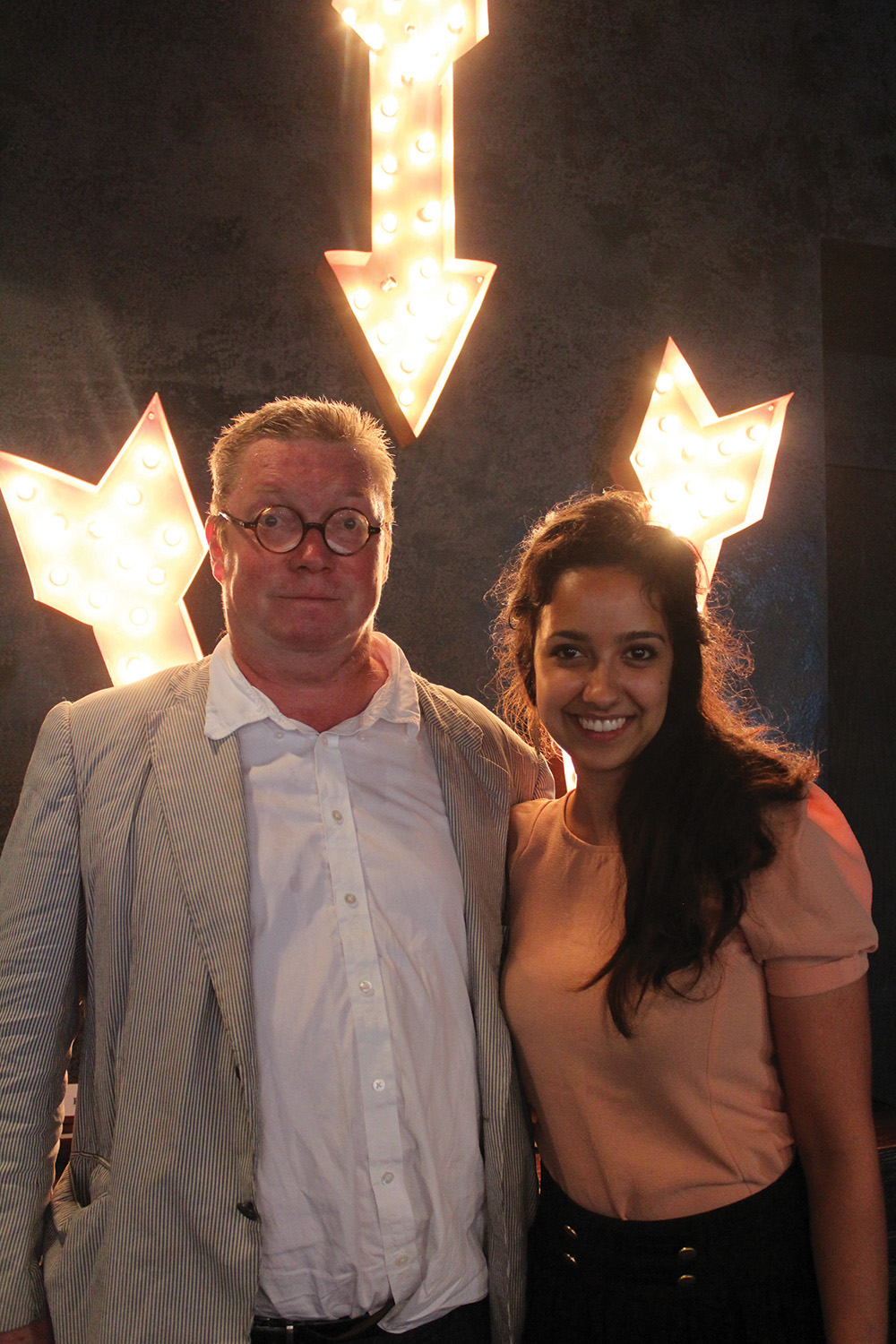 How would you describe your nose-to-tail concept and why is it important?

The thing is, it's really not a “concept”. It is the way I cook, and it's really dull common sense. I've always stuck to this form of cooking (fully utilising all parts of an animal) and I didn't do this with the goal of setting this up as a cause, or healing the world.

Was your way of cooking difficult to introduce to people?

People used to tell me I was a hundred years out of date. In the past everybody cooked like this, and then the majority stopped. When I first started opening restaurants, people said it was a crazy idea. They’ve come around to it now.

Architecture was your chosen study path - does that come into play in your cooking?

Yes, it does, in various ways. Architecture is about creating a space that people occupy. You do the same with food. Whether it's the bones that people will suck on, you feed their mind and stomachs and create space. There are many similarities in the intent of both professions. 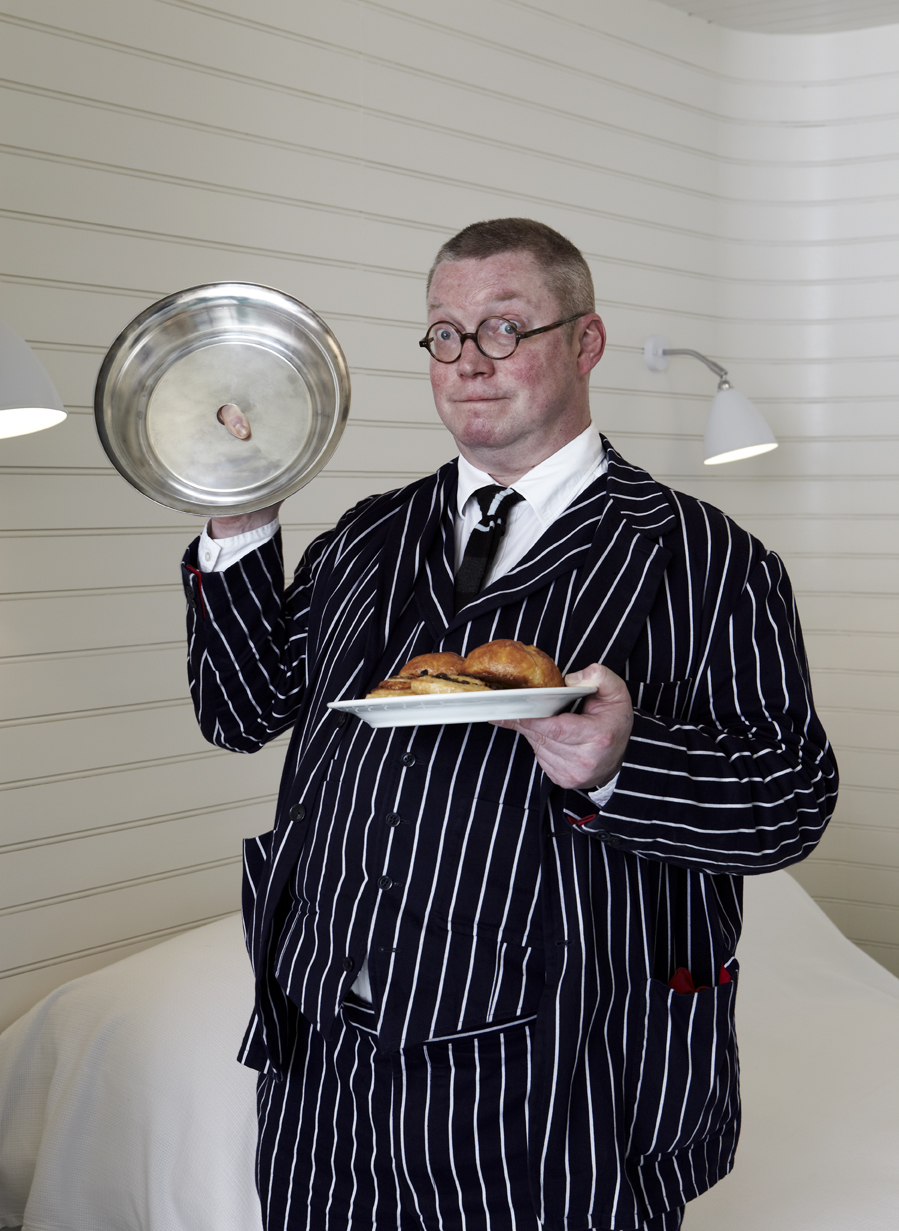 Do you think that chefs should kill their own meat?

Well, I have said yes in the past. I was once out shooting, and had killed eight ducks, and then, as I was reloading my gun, one chap informed me that ‘ducks mate for life’. A duck then squawked past me, looking for its mate, and I just couldn't keep going. I had to put down my gun. Do I think that all chefs need to endure this? Well, no. It’s really up to the individual chef.

There’s been a large upswing in nose-to-tail cooking. Do you think you had a significant part to play in that?

Maybe. [When I see protégés opening restaurants] I feel quite like a mother hen, watching all her chicks run off. But that’s nice. I need it.

You’ve always been known to be quite affable, has it ever been difficult to cast aside this trait under the pressures of professional kitchens?

Not really. For me, the kitchen is about knowledge; we must know what we are doing and why we are doing it, and then, do it well. We love the food that we are cooking. Actually, I think I’ve lost my temper only twice.

Twice! Is that all?

Yes. It was not pretty. I hate it. It happens, but you move on. It’s not healthy. And it sends out the wrong kind of vibrations into the dining room and around your team. 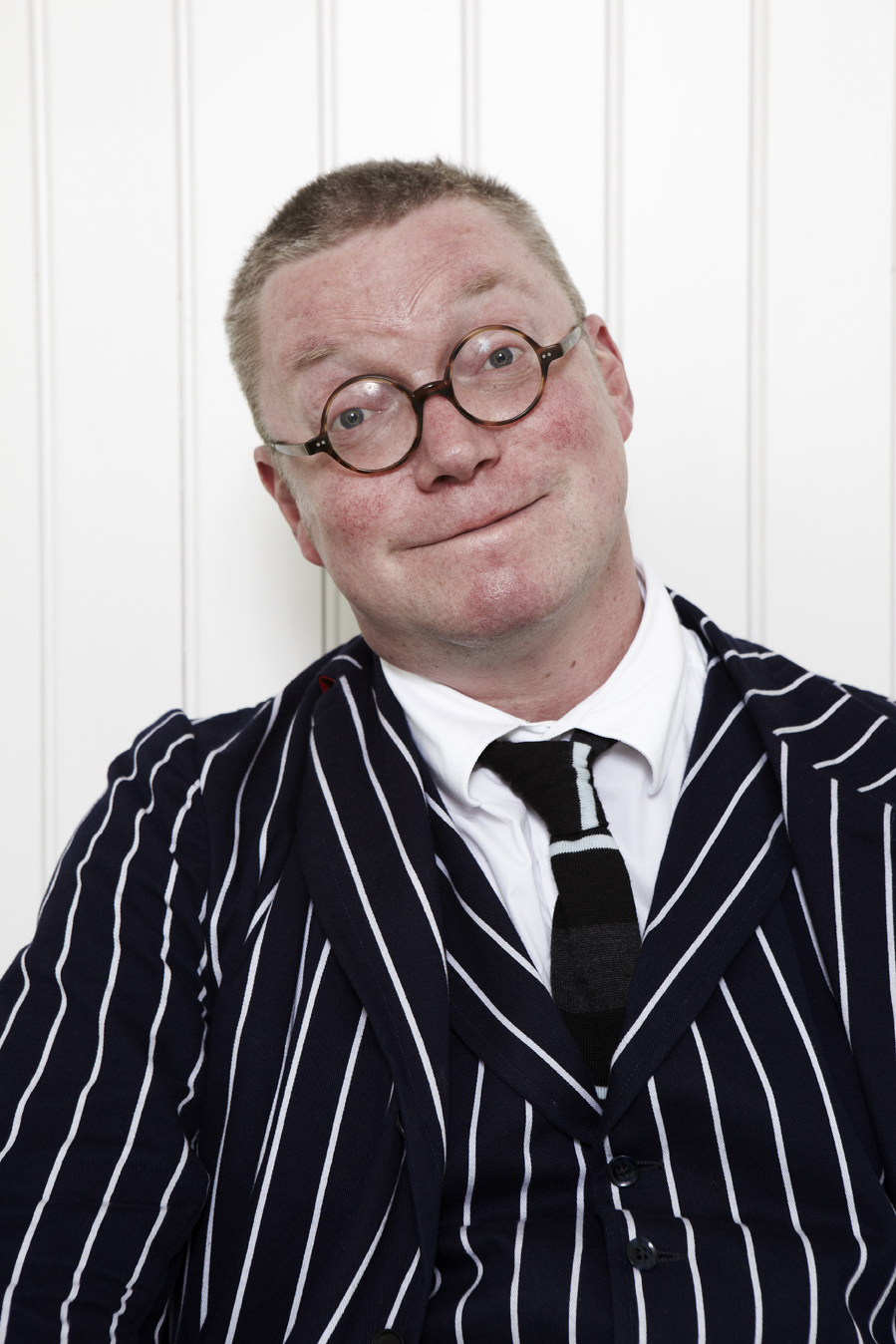 We greatly admire your perseverance through your illness. How has it affected you and changed your perceptions about life?

I thought being diagnosed with the disease would end my career. Undergoing the surgery was terrifying, because at the time it had been performed on very few people. The operation is performed while the patient is awake, so you literally hear the drills going into your skull. But now I can cook again. It certainly helped to remind me of what I love and what is important.

What do you love about British food that you think has been overlooked?

British restaurants should follow British seasons. More than just talking about seasonality as a trendy term, chefs should instill seasonality in the way they cook. Nature is making a menu for us, you would have to be blind not to use it. A sense of place is vital, and it seems that we have turned our backs on it. The seasons in Britain are short and distinct and should be utilised as such. The chicken kiev is an example. You take one part of the animal, fill it with butter and fry it. That’s it, with no culinary imagination. It doesn’t really resemble much at all.

Why do you believe the St John kitchen is transformative for so many chefs?

It’s a pleasure to cook there; it isn’t a sort of chore. The idea that a chef has to be stuck to the stove is not how it should be done. They love fresh air, and a chance to go to the movies. The kitchen becomes like a home. It’s lively and then there is always the stuff that they can bring to the kitchen.

Does that have much to do with the sort of people you attract into the kitchen?

It was just by chance I asked Jon [Jon Spiteri who co-founded St Johns in London], and never looked back. The partnership set a bit of a precedent. I used to have to work hard at convincing the good people to stay, but now I sort of have to beat them away. 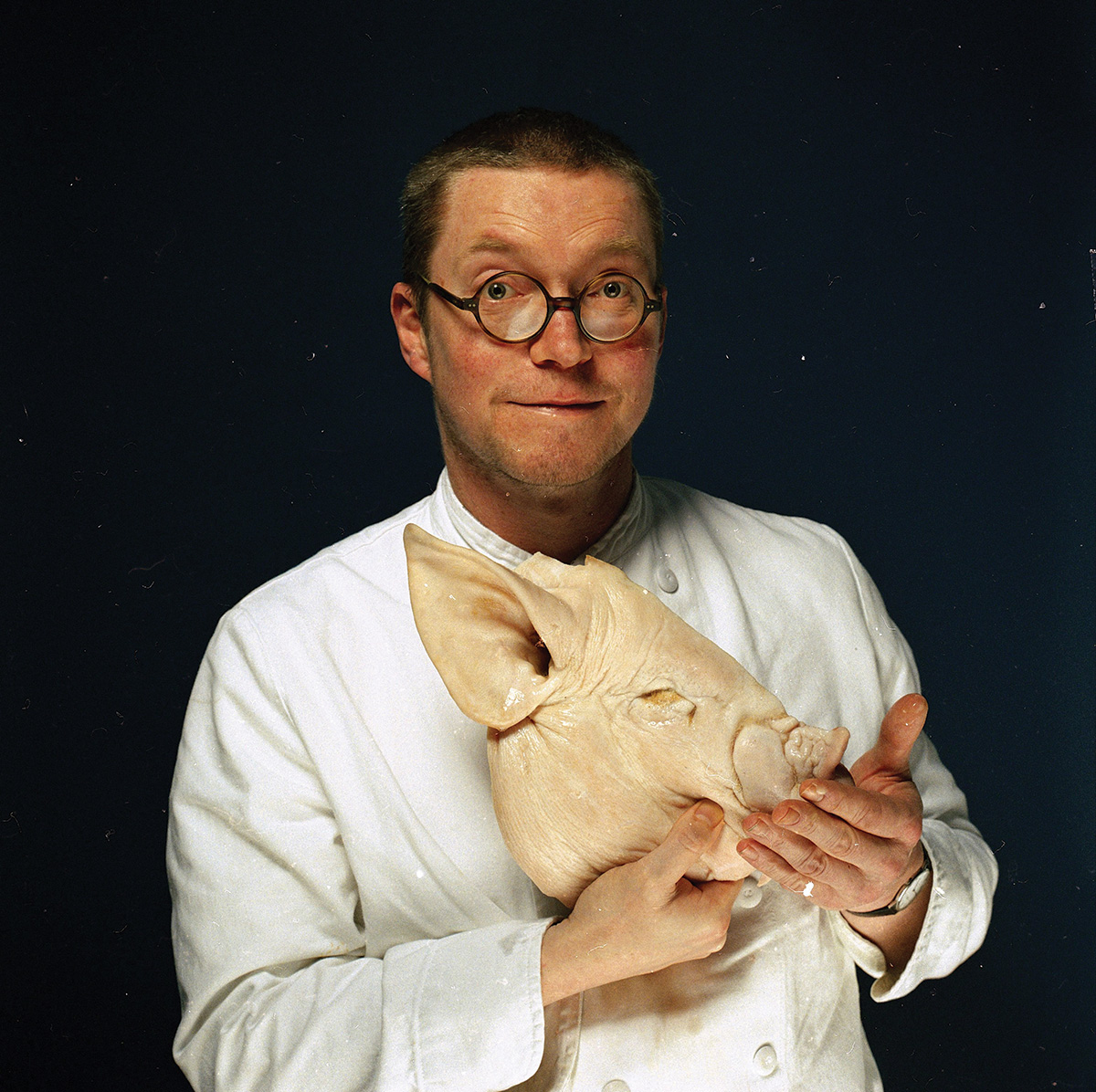 What do you think adopting nose-to-tail eating would achieve?

It’s strange to look at something as though we are taking into consideration the whole world. Food is precious, but we shouldn’t get caught up in ideas and concepts. It’s become a bit like an American TV program with a crime scene, with the police arriving and saying “back off, police!”. It has become a bit like that with concepts. “Back off, organic!” There are a lot of words used today, such as 'sustainable' or 'organic', and they become words without a lot of meaning anymore, because they have been misused. I'm not saying that there aren't good things that come from these movements, but there's just an awful lot of misuse.

You once mentioned that nature writes our menu and we should listen. Where did that earthy sense of responsibility come from?

Well, there is not all that much to it really. Vegetables to be roasted and stewed in the winter, salads in the summer.

So, again, it's all about common sense?

What do you respect and admire about Chinese cuisine?

Well, it’s delicious. They’ve been cooking for themselves [from their own culture and land] forever.

Who is your chef idol?

Although I've mainly taught myself, I have had a number of characters to draw from. I did know a gentleman by the name of Charles Campbell, who sat in the corner of the kitchen, smoking cigarettes and drinking a bottle of vodka a night. He would tell me stories about food while I tinkered about cooking. He once made a cucumber soup, and put too much salt in it. He then said, “f**k it, we’ll just call it sea salt and cucumber soup!” He was probably one of my earliest mentors.

Was he the only mentor figure in your career?

Well, yes. He’s really the only ‘mentor’ I've ever had. 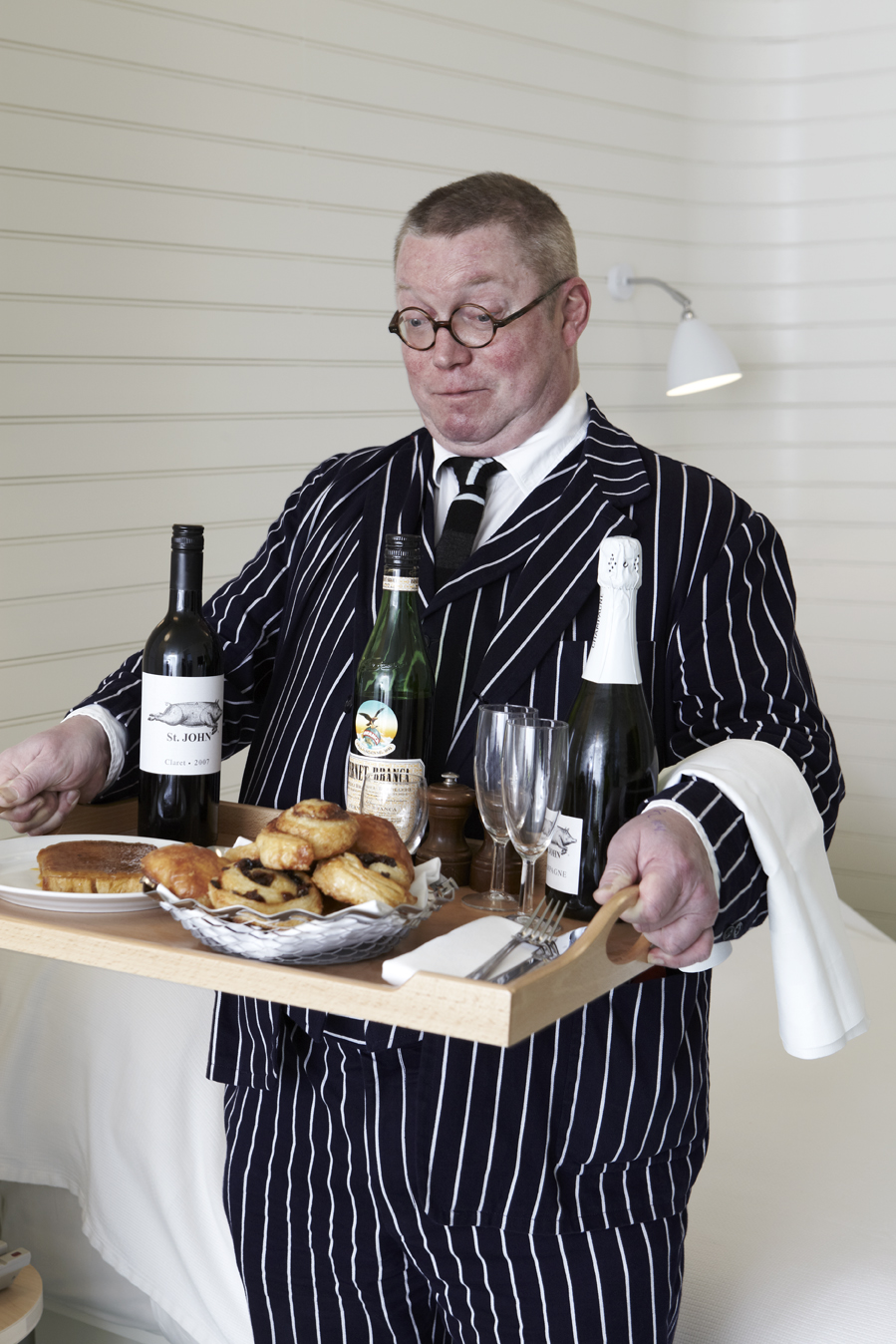 And the rest was carried out by your own sense and feel?

Yes – and quite a bit of trial and error. My wife, Margot [who is also an equally talented chef], also guided me. She beats me into shape. She’s certainly my hero.

It really depends on the mood. You’ve got to go with your feeling – let it lead you.

What’s in your fridge?

Parmesan, always to go with pasta. Cheddar for the kids. Milk. My wine. Frozen peas.

What potential do you see in Hong Kong and its dining scene?

I see huge potential. It seems to be a city that is all about eating. It’s very unique.

What would your last meal on earth be?

Quite a lot, so I have it worked out quite precisely. I’d start with a dry martini, to take the edge off - soften the blow of one’s last meal. Sea urchins, from Norway, or the West coast of Ireland. I’d have to have some cheese - best to have it hard and made from sheep’s milk, with a glass of red wine. Chocolate ice cream, one that is very rich, and a prune. The soundtrack would have to be Wilson Pickett. And then, after our lunch (and only after, of course), we would dance. 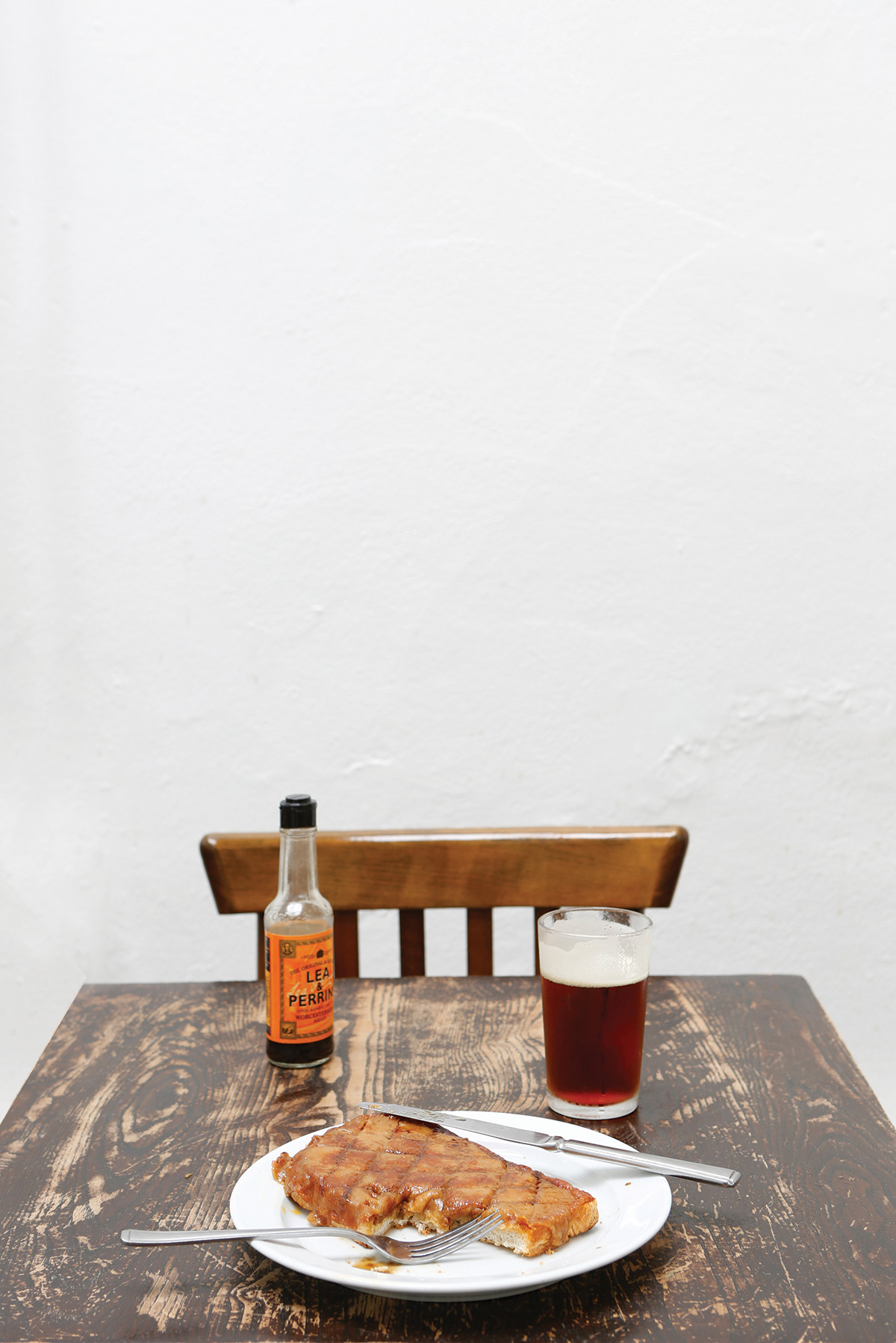