Visually stunning, with the robust flavours to back it up

When it came to food, Repulse Bay before The Pulse was somewhat underwhelming. Since becoming a hub of lifestyle and dining options, the area has exploded with hungry food tourists as well as locals, making this one of the hottest new dining polestars of the last 12 months in Hong Kong. TRi is the latest offering to this scene, embracing the Balinese philosophy of Tri Hita Karana, meaning harmony between man, nature and divinity. 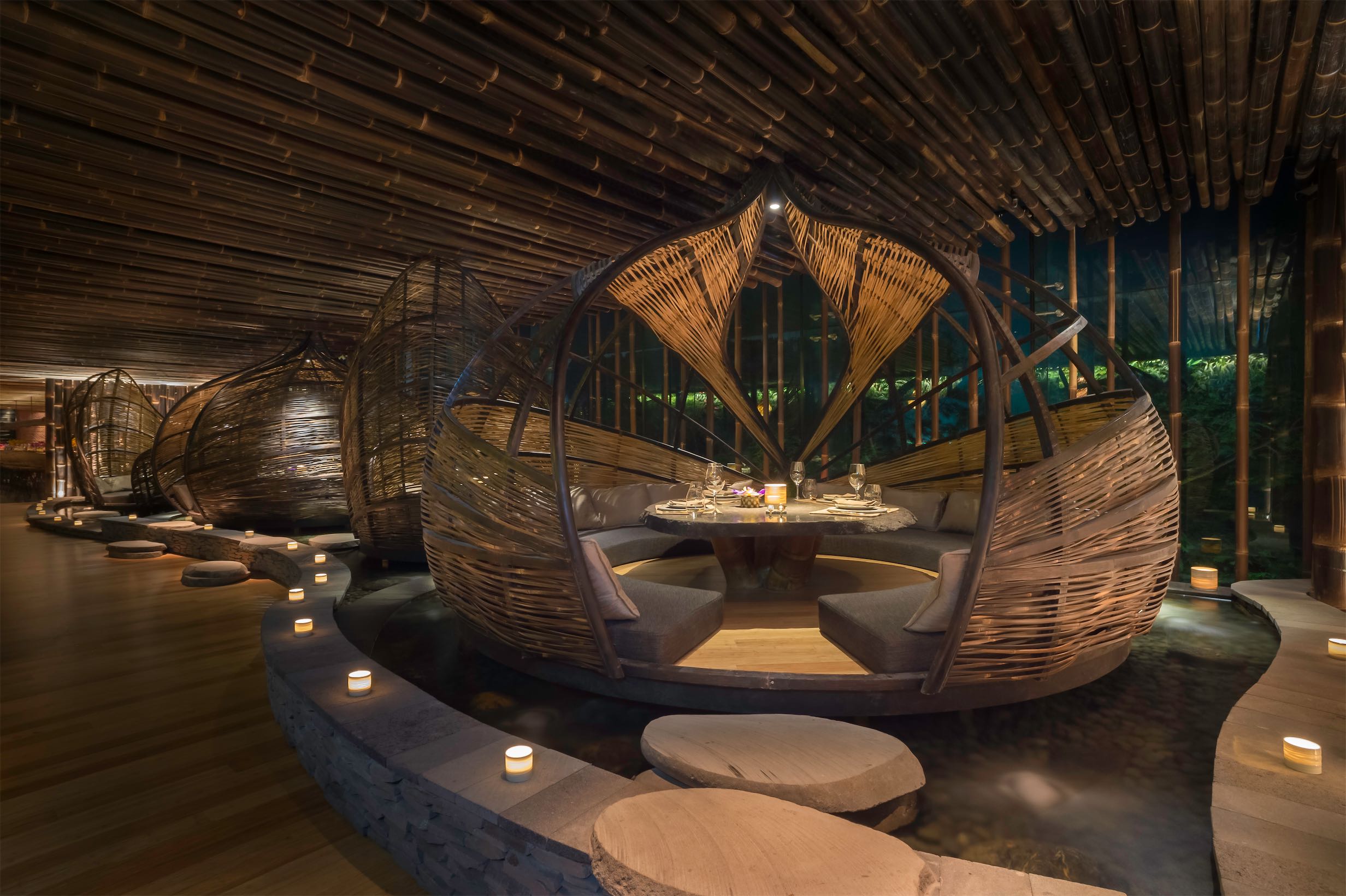 Executive Chef Conor Beach (formerly of Bibo) and Balinese chef Mustika Wayan have created a menu reflecting the cuisine by using classic techniques and modern presentation to elevate the dining experience to the sublime.

We entered TRi on a subdued Wednesday night, but the restaurant was still buzzing. Wood and shadow dance throughout the decor, truly bringing an Ubud vibe to the third-floor restaurant. At night you can't make out much of the beach, but get here for sundowners and perch yourself on the enormous wooden bar table, which is literally half a tree and overlooks the bay, and it would be a fairly magical experience. The pods are the central attraction, though: bamboo cocoon-like capsules that sheathe low-set, heavy stone tables that are surrounded by cushions. A moat of trickling water and stepping stones is as impressive as it sounds. Bring all the important people in your life here.

(Side note: though absolutely stunning in aesthetics and wowing in theory, the tables get a touch uncomfortable after a few hours of yoga-like contortion. We advise wearing loose-fitting garments and stretching prior to dining.) 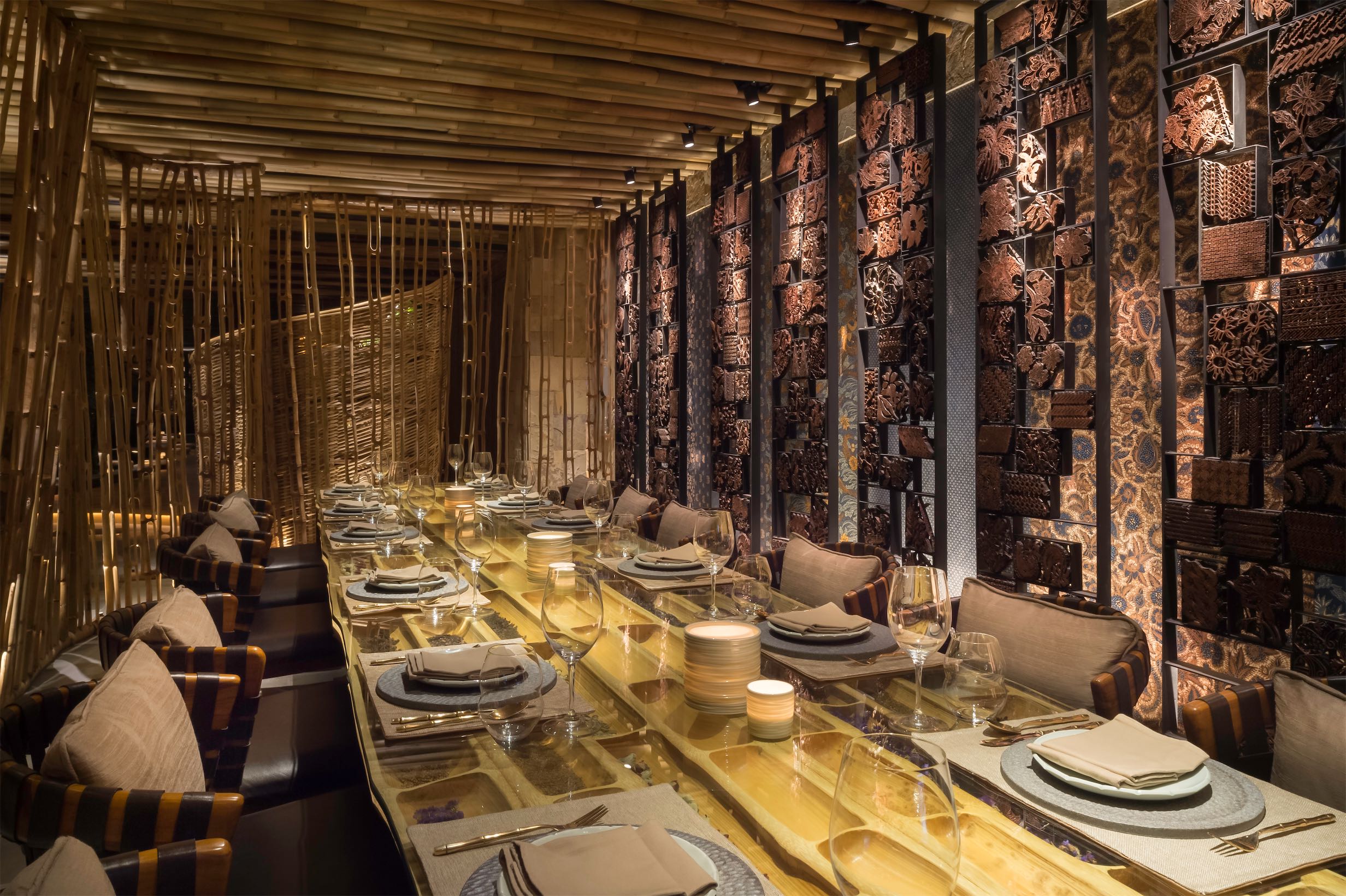 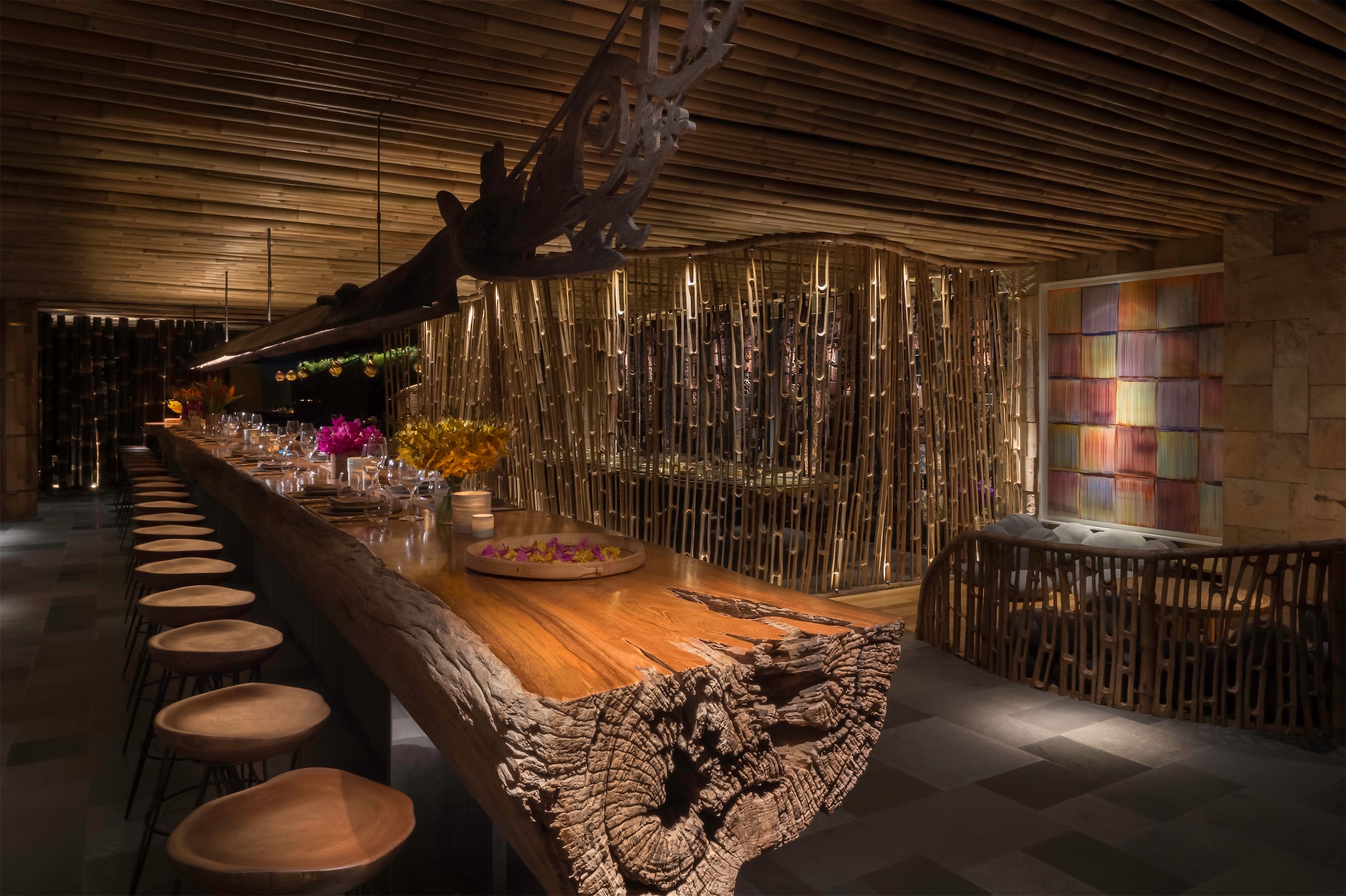 The menu has been well thought out and is one that entices you to try everything. The flavours seem so well matched yet remain unusual and modern, and the prices are surprisingly reasonable. When looking at the portions it becomes clearer why. They're not stingy, but fine-dining portioning is more the style here.

We ordered the gado gado ($100), Jamur squid ($190), duck goreng ($180), lobster bakar ($520) and iga sapi, or beef short ribs ($320), based mainly on the assurance of the wonderful restaurant manager, Ada Tan, that these were her favourites. Ada proved to be most wise, as we were delighted with each dish that came. 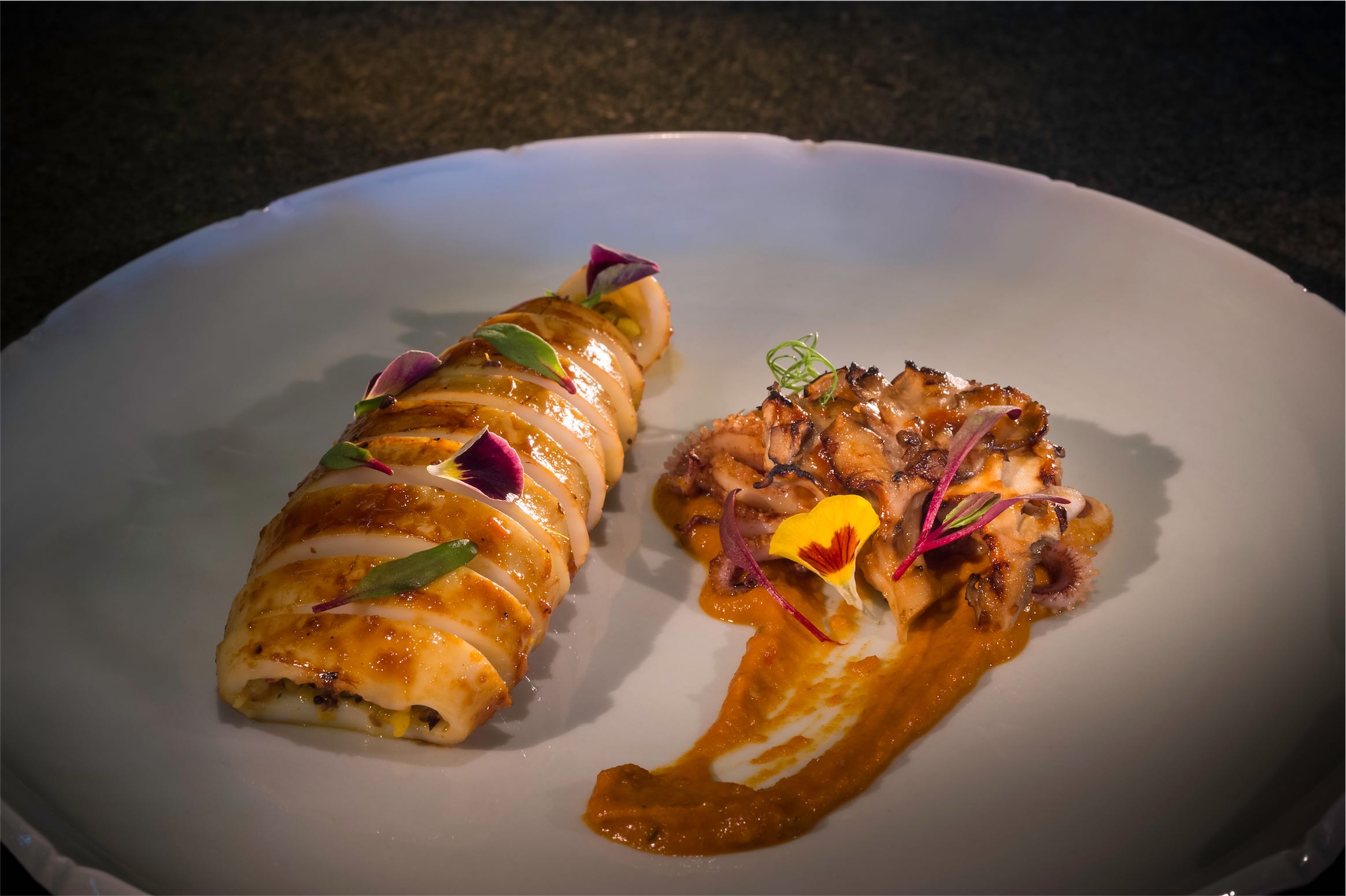 Jamur squid: the squid was tender and tasty, served on an equally delectable warm salad of mushrooms and squid tentacles. It was filled with rice seasoned with Base Gede (a type of Balinese spice mix). The Jimbaran BBQ sauce accompanying was unnecessary because the other flavours were so real and robust.

Gado gado: gloriously fresh vegetables and artisanal tempeh made in Hong Kong, crunchy and firm, was served in rolled cabbage alongside a satay sauce that we would sell our firstborn son for. We're kidding – take the second, too. There was a deep savouriness to the satay that many miss out on by overcompensating with sugar, enhanced by what seemed to be onion. It was very good, and by the end it was more a case of, Would you like some gado gado with your satay sauce? 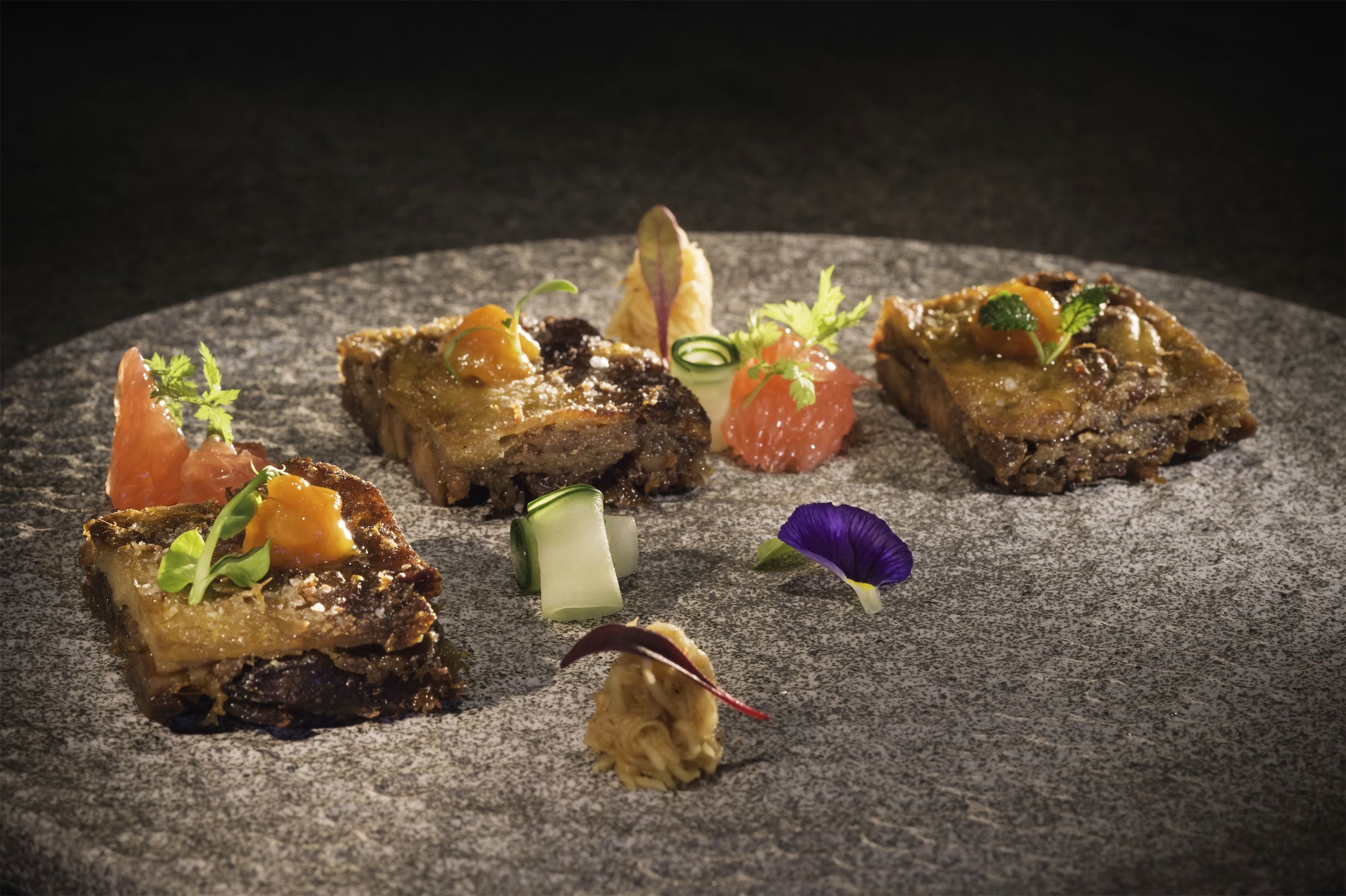 Duck goreng: the method of slow cooking the duck then crisp-frying it meant this dish looked nothing like you would expect. Yet the duck was succulent and strikingly palatable, served with chilli, mango, cucumber and grapefruit (which really were a little redundant given the tastiness of the duck).

Lobster bakar: what a triumph of a dish! Half a majestic lobster was served alongside satisfying homemade noodles. The bakmie noodles resembled a typical Asian wheat noodle and were bouncy and absorbent of the rich, vaguely curry-like sauce that covered the charred lobster. A top-notch crustacean from Indonesia with memorable handmade noodles made this the second-best dish of the night. The first... 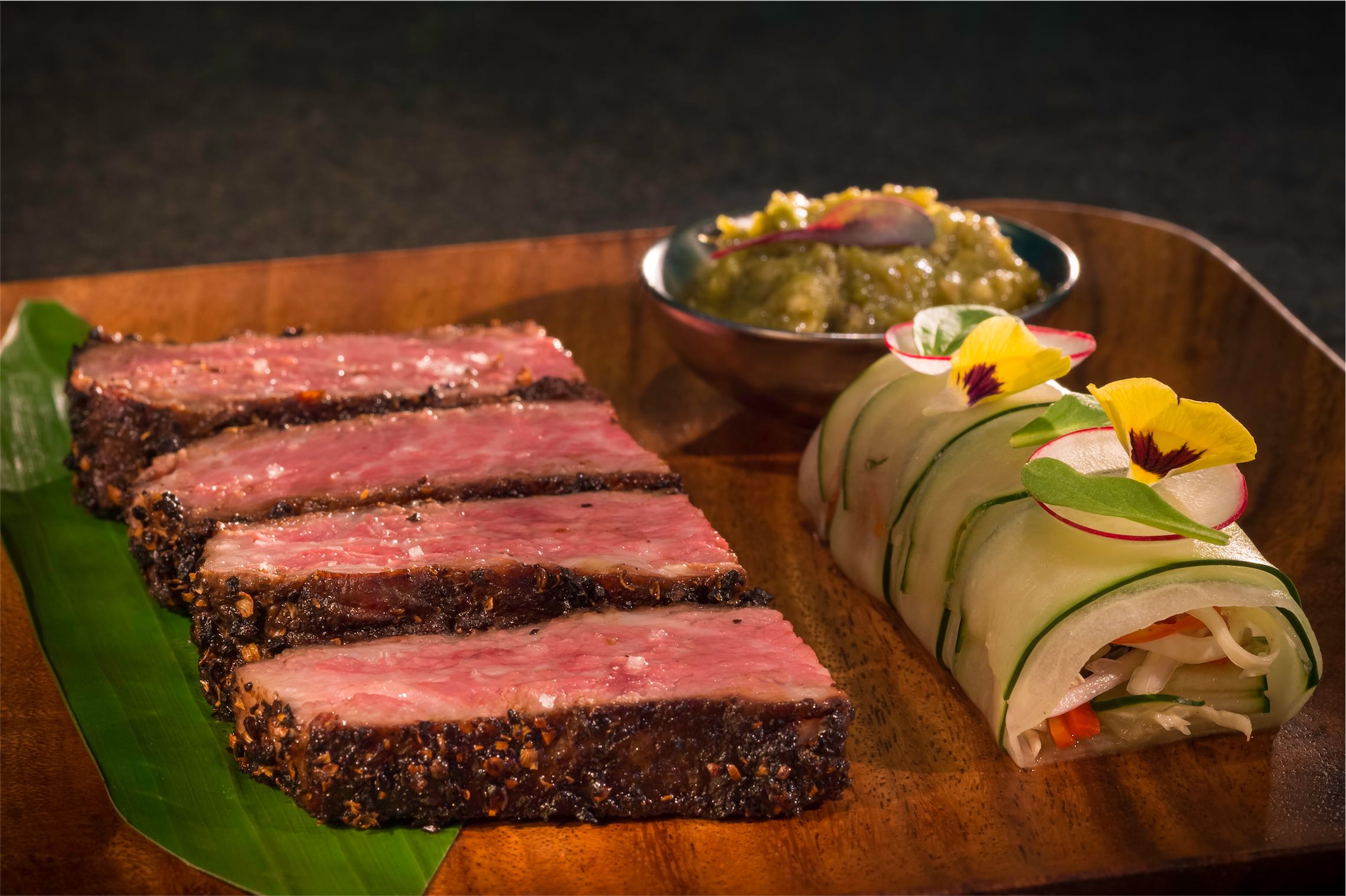 Iga sapi (beef short ribs): yes, short ribs are nearly always guaranteed to be conspicuously enjoyable, but the varying levels of skill behind those who prepare them can massively alter the short rib experience. Think 48-hour slow-cooked meat, seasoned expertly and then finished to be just scorched. Omigod. It was mind-bendingly good. Order it.

We are dubious of dessert. There, we said it. Not all the time, but in many of our experiences, fine dining or those who come close just never seem to be able to nail dessert. Whether it's the flow of executive chef to pastry chef or whether it's because it comes after a meal that's as stunning as the aforementioned, we're not sure, but the desserts at TRi are moreish, not sickly sweet and remain true to the concept of the restaurant. Tick tick tick.

Because we are a greedy guts, we ordered all three of TRi's desserts, but the average human would be best advised to stick to one or two, so we will give them stars so you can order based on your preference.

First we had the coconut panna cotta ($80) with roasted pineapple, crispy roasted coconut and cinnamon black rice ice cream. We thought this would be mind-bendy (à la the short ribs), especially because it listed both cinnamon and black rice in the same sentence, and that's when you KNOW it is going to be a good time. But the flavours never quite got there, and the textures were a tad mono-dimensional. 1 star. 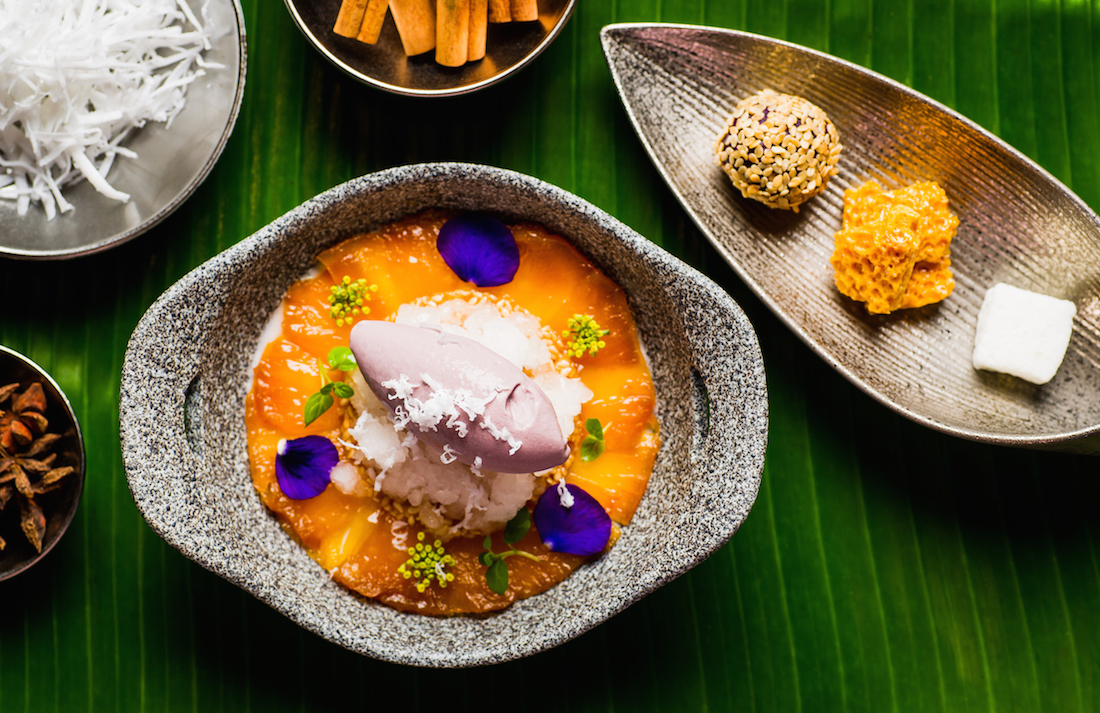 Those familiar with Bali will recognise the dadar gulung ($80), which is wildly popular in Indonesia. This traditional pancake is sweetened with pandan and then stuffed with toasted, sweetened coconut shreds. This version does all this and then adds poppyseed crumble and mango sorbet, and it's all very tasty. 2 stars.

Taking the cake (hehhhh) was the coffee cocoa dessert ($90), which consisted of shortbread with chocolate, a cocoa nib tuile and stracciatella and a crazy great coffee cream. You know how we get about coffee and dairy things, and this one is a first-class version. Coffee, biscuits and creamy, happy textured joy. 3 stars, aka a must-order dish.

We sipped on two wines over the course of the meal: a Neudorf 2014 rosé from New Zealand ($110 per glass) that was strawberry scented and paired very well with the lighter seafoods and a Felton Road Pinot Noir ($170 per glass) that sustained us on a very pleasing journey through lobster land and the short rib regions. 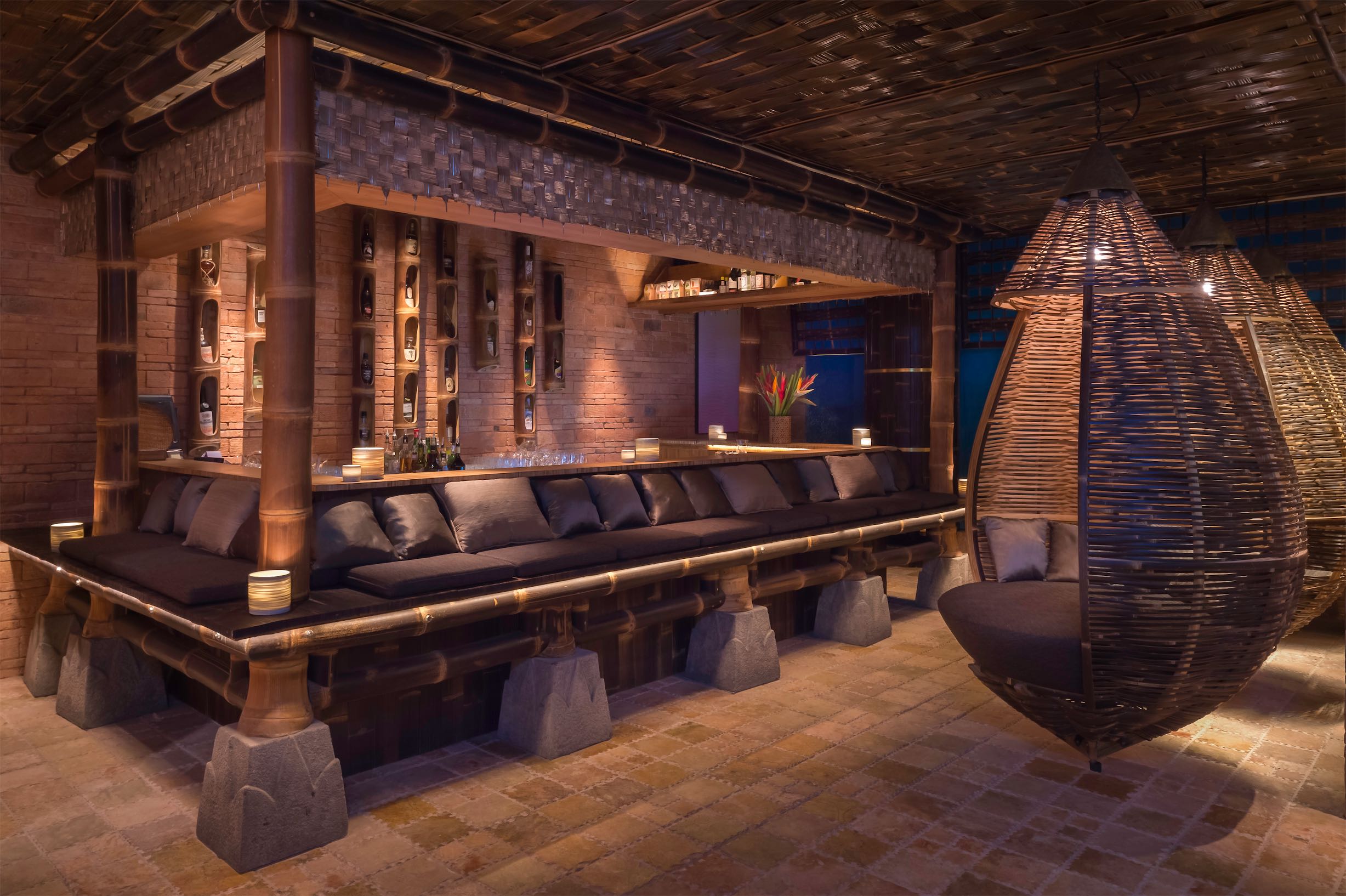 Throughout the meal we were reminded why we love Balinese food so much and why Ubud is a place that is constantly attracting people from around the world. These were rare memories to be jogged and the food quality even more so. The condiments that accompany can at times be a little pointless and ill thought out, especially with the likes of the duck and the short rib, but for the rest of the meal, everything could be given near-perfect marks. TRi is one of the better openings for 2015. 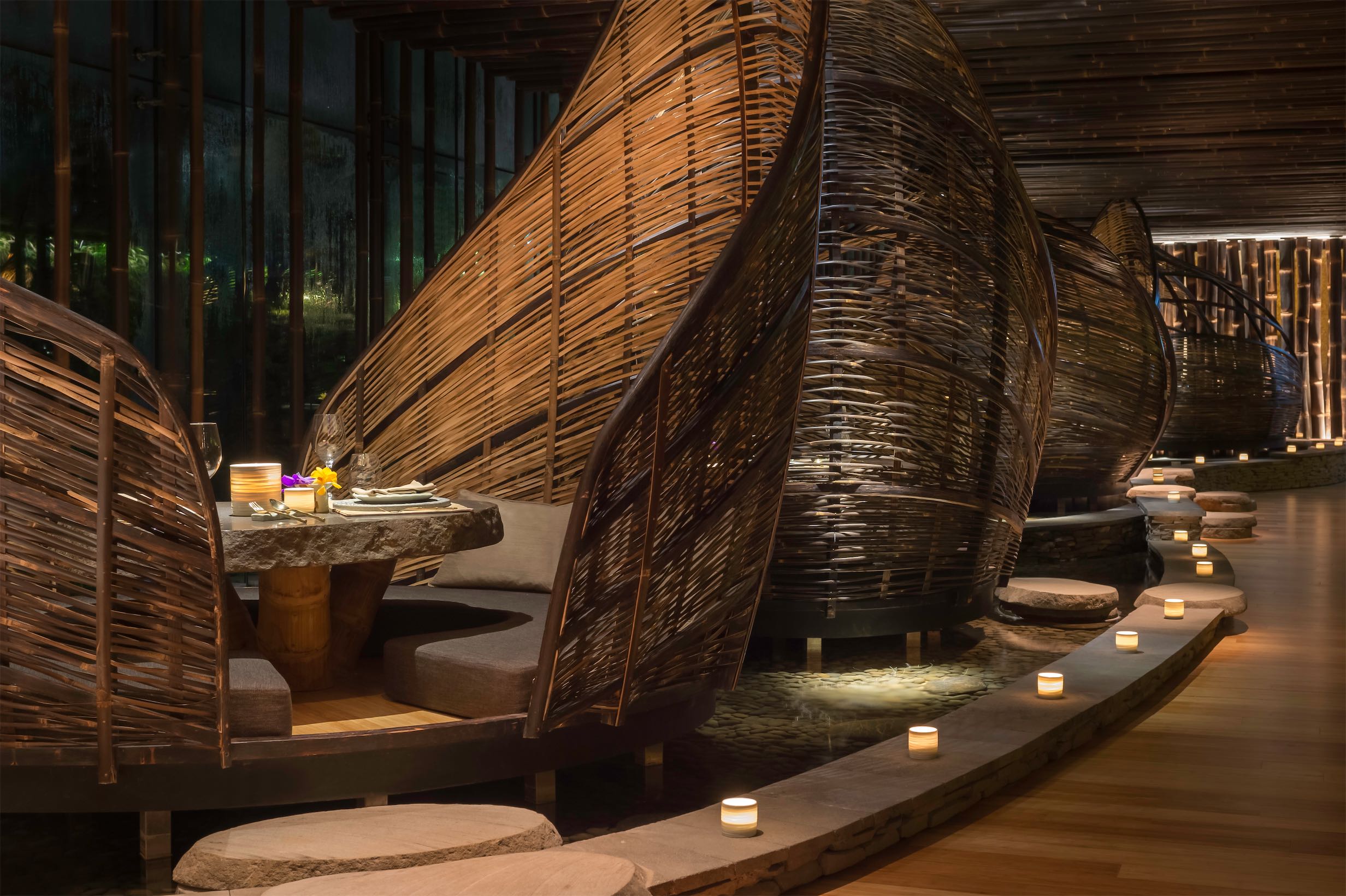