So Is Processed Meat Going to Give You Cancer?

Whether you shared with a triumphant 'told you so' or belligerent denial, the highly charged release by the World Health Organisation about processed meat had everyone questioning their life choices

The internet went beserk when the WHO released these findings which said significant consumption of processed meat, such as frankfurters and bacon can cause bowel cancer. The experts concluded that each 50 gram portion of processed meat eaten daily increases the risk of colorectal cancer by 18%. 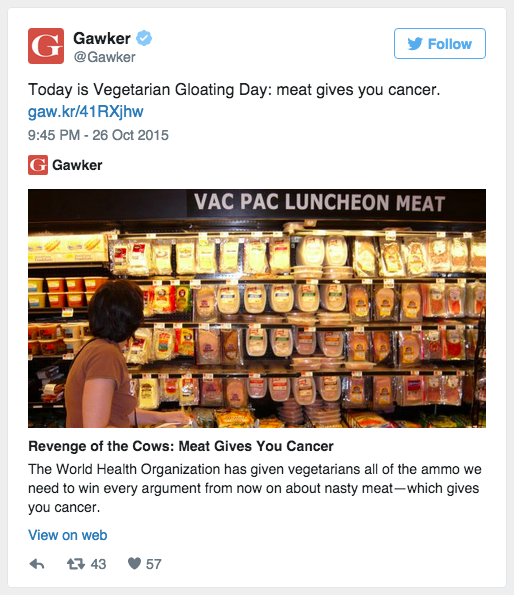 The agency found that eating 50 grams of processed meat – meat that has been salted, cured, fermented, smoked, or processed in another way– each day increases the risk of colorectal cancer by 18%.

Red meat, which includes beef, lamb and pork, was deemed “probably carcinogenic to humans” and has associations with colon cancer, pancreatic cancer and prostate cancer.

There are few who can defend red meat, which is responsible for an estimated 20% of all greenhouse gases and the large-scale industrialised farming requires vast quantities of water, contaminating ecosystems with toxic fertilisers and pesticides. To feed a meat eater requires four times the amount of natural resources as it would to feed a vegetarian. The amount of hormones and antibiotics which are pumped into animals subjected to the incredibly cruel conditions of factory farming are intensely harmful for all parties involved.

But does bacon cause cancer? This a risk most probably needn't worry about. The risk ranking system that was used to classify red meat was not overly well explained.

Essentially, eating eating bacon is not as risky as smoking or asbestos exposure. "Smoking raises a person’s lifetime risk of developing lung cancer by a staggering 2,500 percent. Meanwhile, two daily strips of bacon, based on the associations identified by the W.H.O., would translate to about a 6 percent lifetime risk for colon cancer, up from the 5 percent risk for people who don’t enjoy bacon or other processed meats" (NYT).

Jonathan Schoenfeld, an assistant professor of radiation oncology at Harvard Medical School, took the time to explain a rather useful analogy to the New York Times, referencing driving a car in the rain and the subsequent increased likelihood of getting in a car accident:

“That doesn’t mean you shouldn’t drive when it’s raining,” he said. “It means it might not make sense to speed in the rain — or to be one of the highest consumers of processed meat.”

The takeaway is that we should, most probably, be eating far less red meat and certainly less processed meat than we do currently. Rather than focusing on what we are losing out on, though, with the strides zeitgeist society is taking towards plant-based foods, both internationally and in Asia, it is a far better method to focus on the plethora of delicious and sustainable options available to us through a vegetable-focused diet. This way we stay neither opposed nor enchanted by one off statements and releases by external parties. We choose a sustainable and easily actionable lifestyle of betterment, and that's something everyone wants to be part of.

Also, Leonardo DiCaprio is on the side of the cows. Sold. 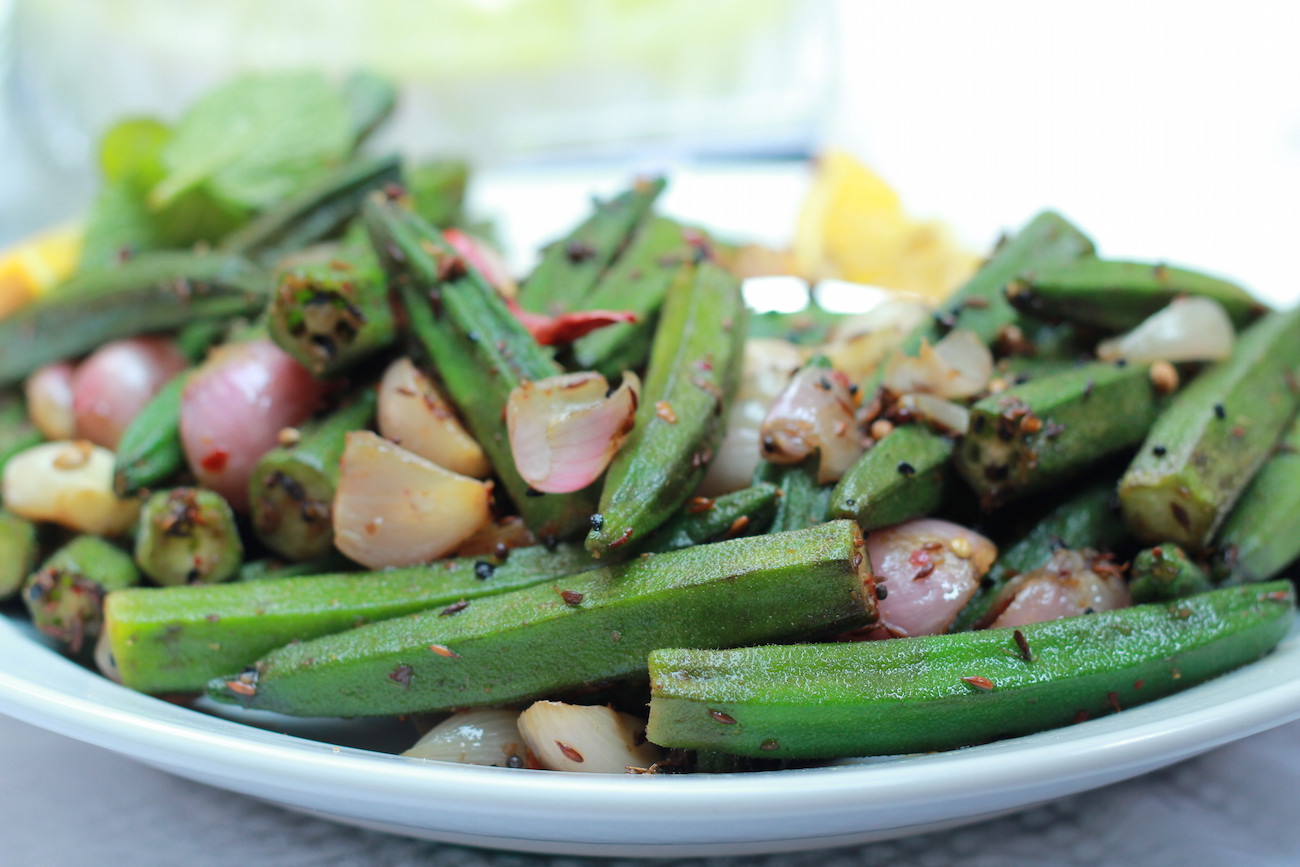