What's Always on the Menu at PDT? The Answer is Something You'd Never Expect

"I want to be disruptive. I want to pull the rug out from under people but in a good way. That's what we are doing here; people come to MO Bar and then walk up to PDT to have a totally different experience."

Jim Meehan is possibly one of the most recognisable cocktail experts in the world. His time at Gramercy Tavern gave him perspective, Pegu Club propelled him to the realms of the 'elites' and launching PDT made him daring. It's these reasons and more that Meehan today possesses a subtle yet assuring nature that speaks to his many years tending to, and making successful, bars which are now famed the world over. It's also the reason that PDT, now under the care of Jeff Bell–another unassuming yet deftly talented mixologist–is thriving, and remains one of the must-visit experiences in New York City. 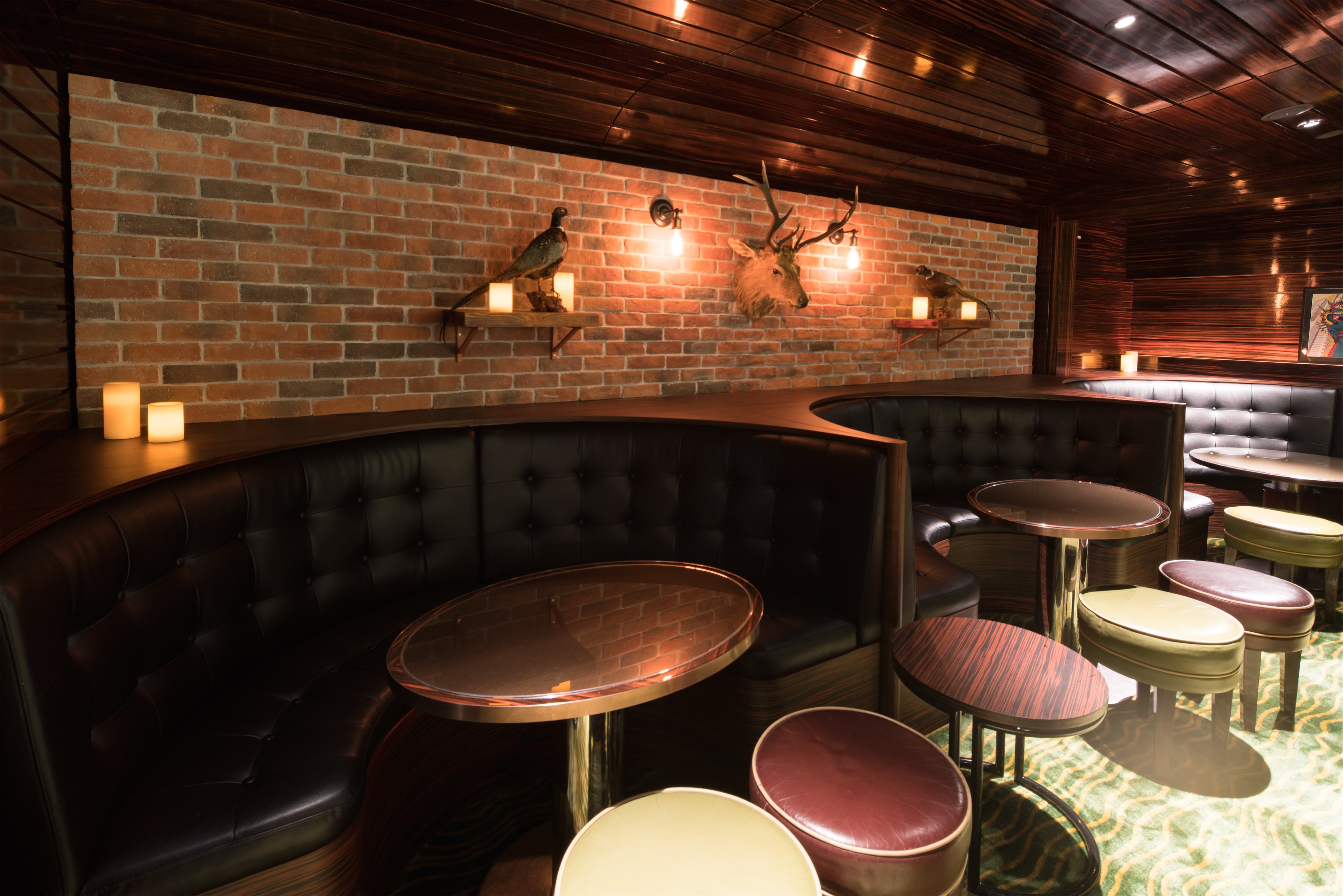 PDT Pop Up at The Landmark Mandarin Oriental / Josh Tam

We caught up with Jeff Bell and Jim Meehan last week while they are here for the PDT Pop Up (running all of January) in conjunction with World Class and The Landmark Mandarin Oriental.

Discussing all things ingredients and bar industry trends, plus what the Hong Kong drinking scene is like compared to New York, it's obvious these F&B greats offer so much more than a drink when it comes to their bar and the experiences a guest will have in it. Starting with a bacon flavoured tipple, progressing to being conversationalists for the night, exploring the story behind The Cardinal cocktail and appreciating the artisan syrups and tonics made in house, there are many layers to PDT, and they're offered to all. 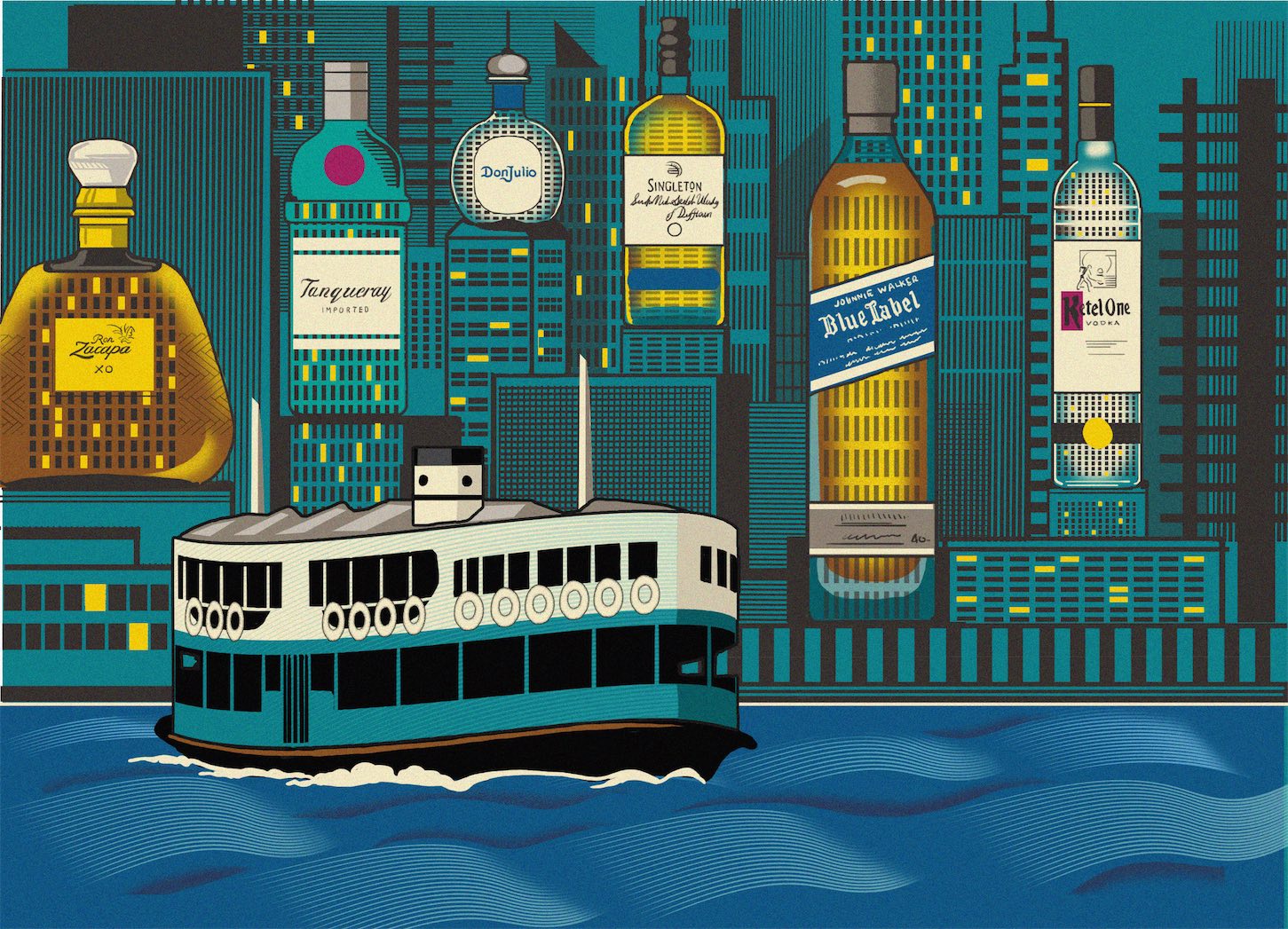 What does success mean for you and PDT?

I remember once someone complained that another person had brought their grandma or mum or someone to PDT in New York. They said that was a sign the bar was going down. We loved that! We love that someone can dine at Per Se and then finish the night in our little bar in the East Village but at the same time someone will bring their grandma in for a drink. We have had women wearing burkas sipping mocktails, nuns and priests, young people and old people, paupers and princes; all kinds of people come through our doors. To us this is a huge achievement. If you try to please everyone, you will end up pleasing only a few people, if anyone. If you try to please only a few people but still end up pleasing everyone, that to me, is success.

What's the difference between the clientele of PDT Hong Kong as compared to PDT New York?

The people are somewhat different to PDT New York–we seem to be getting a lot more of a high net worth crowd coming through. More the likes of those who hang around Central Perk back home. I mean don't get me wrong, we definitely attract similar people in New York but just not in the percentage we seem to be getting here. 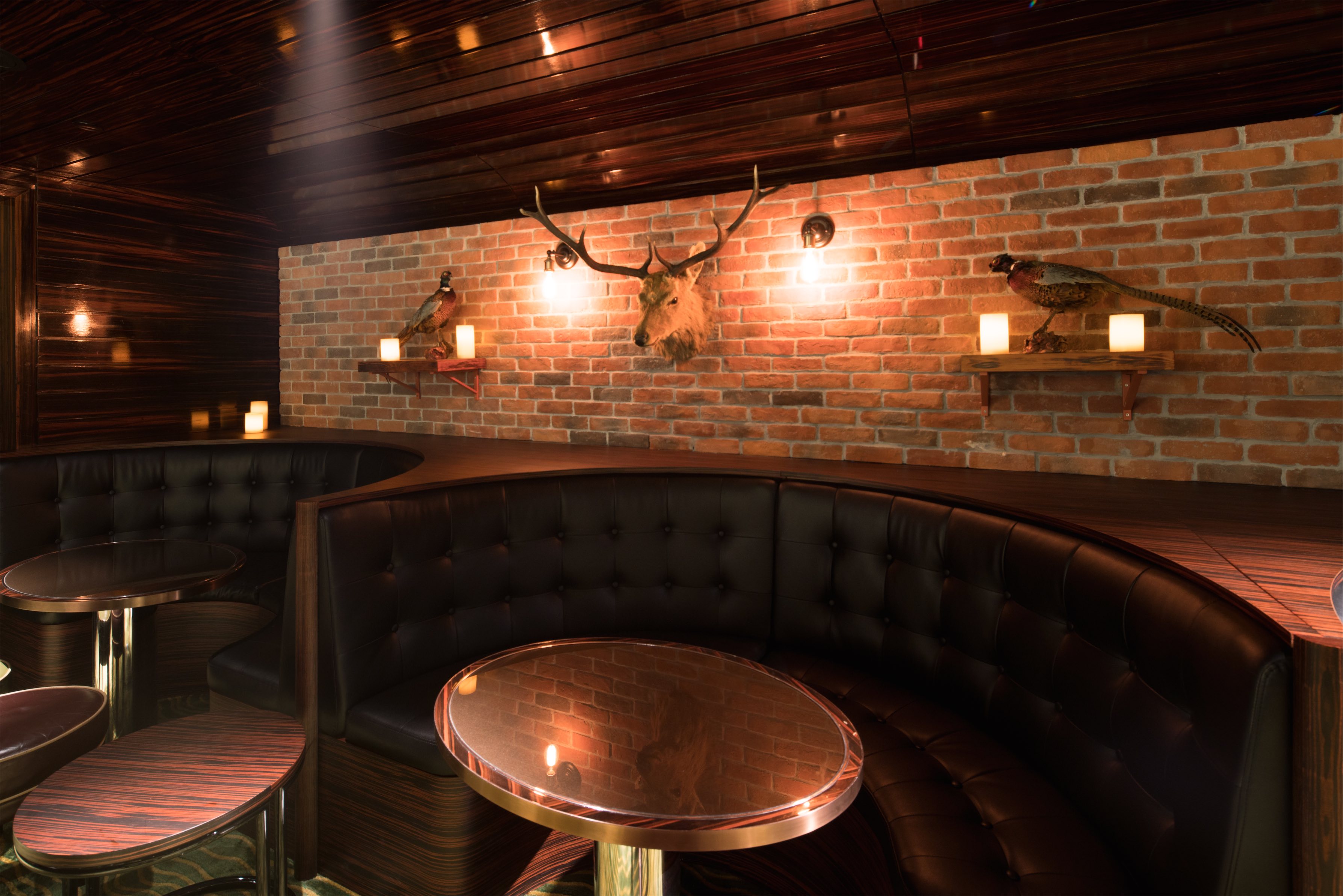 PDT Pop Up at The Landmark Mandarin Oriental / Josh Tam

What sort of changes have you made to your drinks to adjust to Hong Kong's scene?

Aside from the fact nearly all our drinks are half as strong here...

A good example of this is the Cardinal cocktail; the Cardinal, which is made with Tanqueray in New York, and there was no challenge in using that here. What we can’t get is a certain vermouth: Professore all’Uso di Torino which is the vermouth made by the guys at the Jerry Thomas Project which is a speakeasy in Rome. No big deal–we just looked into what we can get here. We found Mancino, which is cool because the guy who made it is from Hong Kong, so that's a great story. However what we realised was the Cardinal is named after the bird, which is red, just like the drink, but also a play on the vermouth being from Rome and therefore referencing the Pope. By not using a Roman vermouth, we lose that. 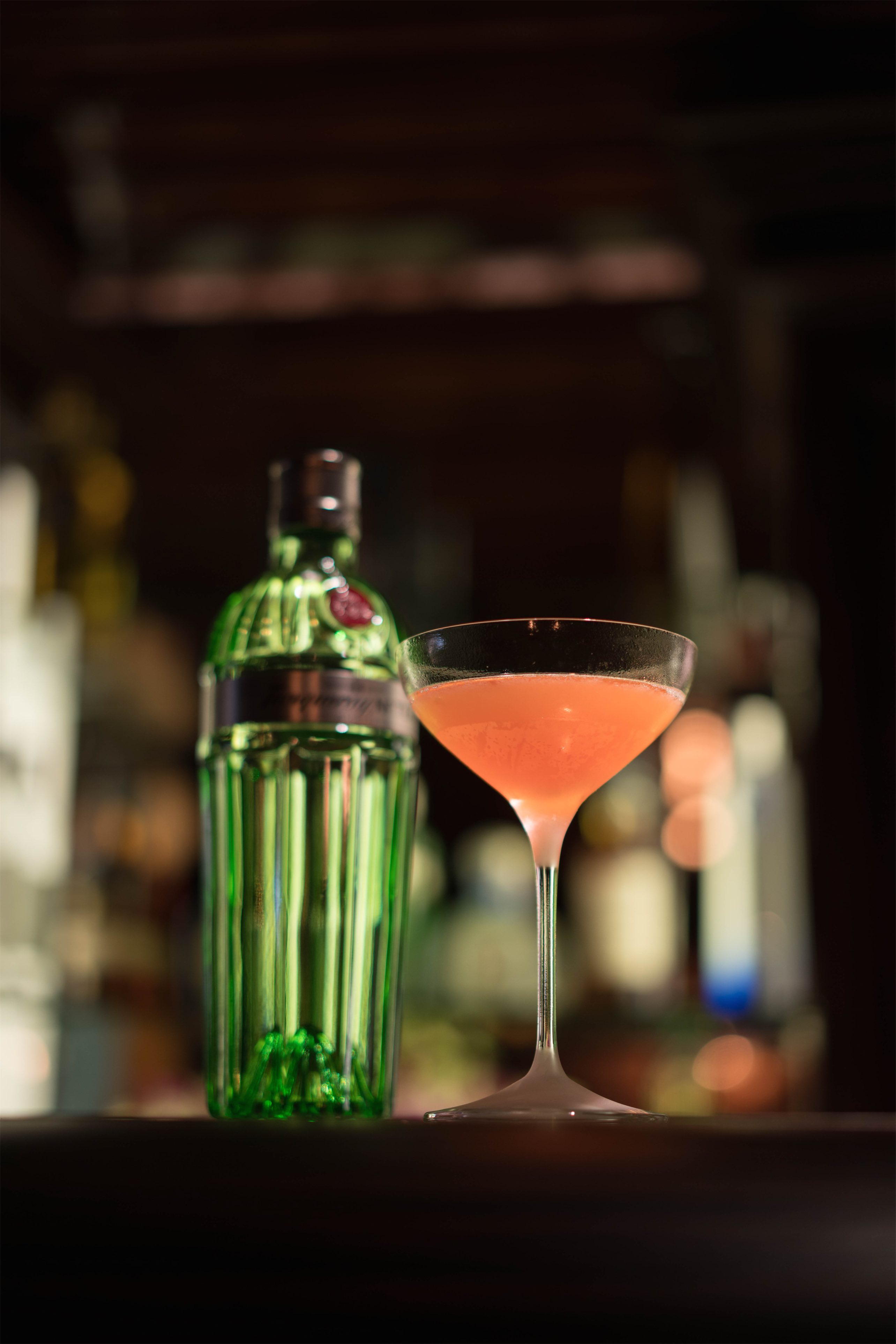 The liquid that we are serving here is just as delicious as in New York, but the identity of the cocktail is rooted in the specific stories and origins of each product. In that sense, some things can get lost in translation. A cocktail has multiple layers of meaning, which is there if you want it but doesn't need to be if you don't.

"...some things can get lost in translation. A cocktail has multiple layers of meaning, which is there if you want it but doesn't need to be if you don't."

What was your inspiration, ingredients wise, when forming the cocktails for the menu?

This event was put on by Diageo so their profile of spirits was available when we did recipe development. We believe the other ingredients are there to accentuate the base spirit, so it was really a case of looking through the spirits to see what we could create. 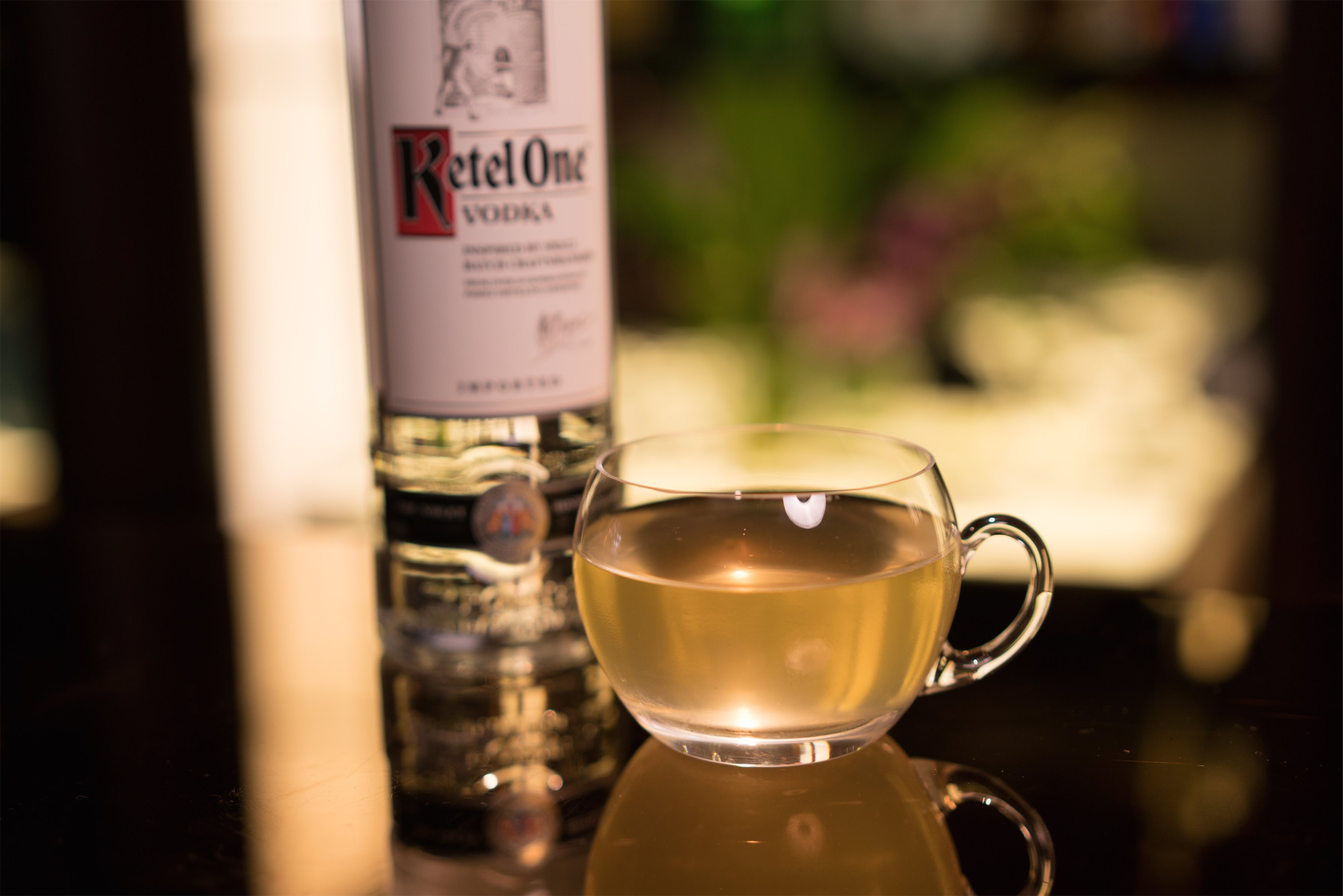 Ketel One Vodka is part of Diageo's portfolio, used at PDT Pop Up at The Landmark Mandarin Oriental / Josh Tam

The Landmark Mandarin Oriental seems like such a different venue to PDT back in NYC. Why this partnership?

A lot of the other collaborations we have done in the past have been more similar to PDT in New York than this one in Hong Kong. In Melbourne we were at the Black Pearl and the drinking scene down in Australia is more alike to that of New York. This pop up is more like the one we did in Tokyo at the Park Hyatt which was all very Lost in Translation.

We like that we are essentially creating the juxtaposition that we are known for in NYC with Crif Dogs, but in totally the reverse order. Crif Dogs is a bit divey but there is thought and high end service when you step into PDT. Here we are offering a relief from the fashion-focused, luxury vibes of downstairs [at MO Bar] to bring it back to the drinks, the World Class spirits, the cocktails and the conversations. The drinking scene is far more immature here so we've had to adjust in that way too. 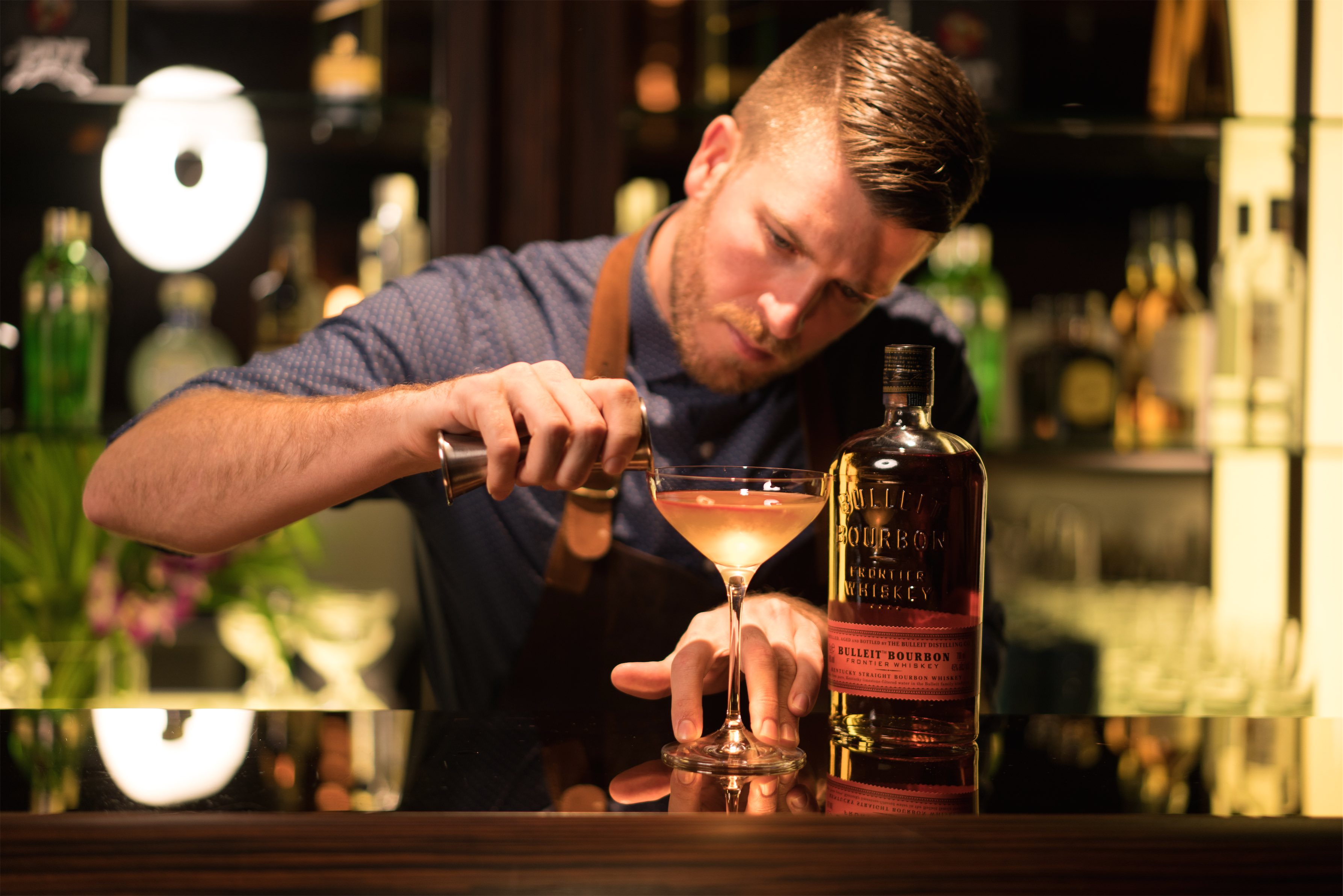 What ingredient/drink/spirit will you always find at PDT?

The thing with PDT, and even this pop up, is that it attracts people who know what they're coming for. However, those who come here knowing what it's about may also come with two friends who have no idea what's going on. So they'll order a Jack and coke or something, to which we reply we don't even carry it. They go on again to do that three times with different drinks and by the end it is something of a traumatic experience. So what my staff are trained to do to counter their suggestions is to offer them something that they might think they like, rather than alienate them by simply stating we don't have it.

So they'll order something that is something like a version of what they're used to, and once they have sat down with their friend, had a few sips of their cocktails, seen everyone around the bar drinking similar drinks, they start to get it. By the time the server comes round a second time, they order something they haven't tried before, and end up loving, but they had that familiar drink to allow them the time to get there, on their own terms.

"The ingredients that always have to be on a menu at PDT are not elderflower or a certain type of vermouth; what's always on the menu at PDT is the rescue ring, or the life raft in some form"

The ingredients that always have to be on a menu at PDT are not elderflower or a certain type of vermouth; what's always on the menu at PDT is the rescue ring, or the life raft in some form. It's not necessarily a Budweiser, not Jack Daniels, but something analog that they can order the first time round that will give them the time to get there, and maybe try something they are not used to. We always have a rum drink, a tequila drink, a gin drink. These aren't necessarily classic, but they're referential, and they can be suggested but the bar staff as a comforting choice until someone is ready to go for something a little more out of the comfort zone. We don't ever want to alienate people at PDT, so the non-negotiable on the menu is a life raft to make sure you always have something to grasp when in unchartered waters. 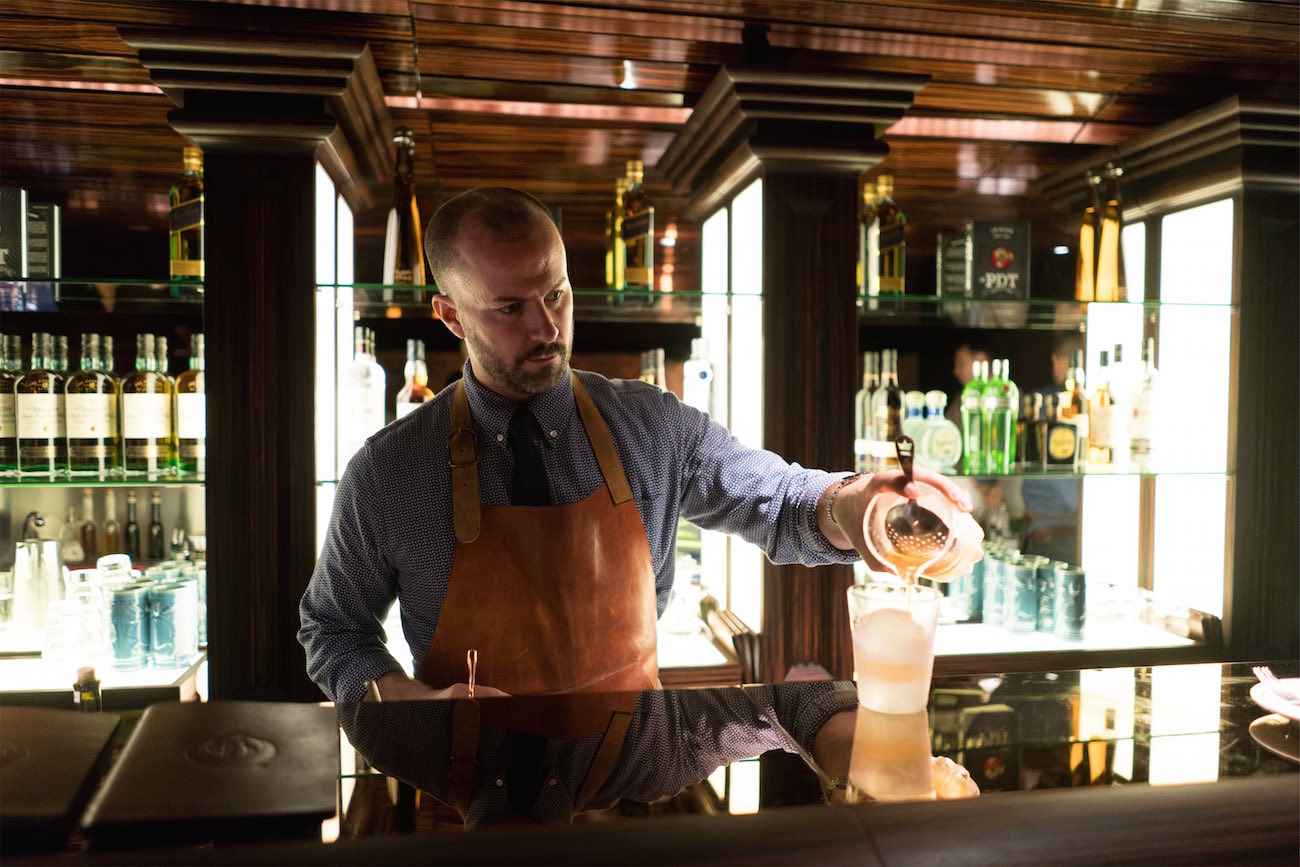 Inside PDT is an exclusive menu of 12 drinks; a mix of PDT classics and new creations crafted just for Hong Kong. There are also four hot dogs available, created by Hong Kong chefs of Yardbird, Bo Innovation, Amber and Ho Lee Fook.

Booths must be booked beforehand but walk-in are welcomed nightly from 5:30pm.