This article originally appeared in the February 2016 Issue of Foodie: Beautiful Bakes

If any city can claim to be one of contrasts, it’s Mumbai. The country of extremes culminates in this city, which hosts every type of person and experience, making it one of the most memorable places you can visit. It’s said more dreams are realised and extinguished in Bombay (which is how most locals refer to it) than any other place in India, and that is perhaps the magic which makes it both thrilling and overwhelming at the same time. The food is as varied as the people, and the street food in particular is as delicious as you’ll find in the best fine dining establishments. 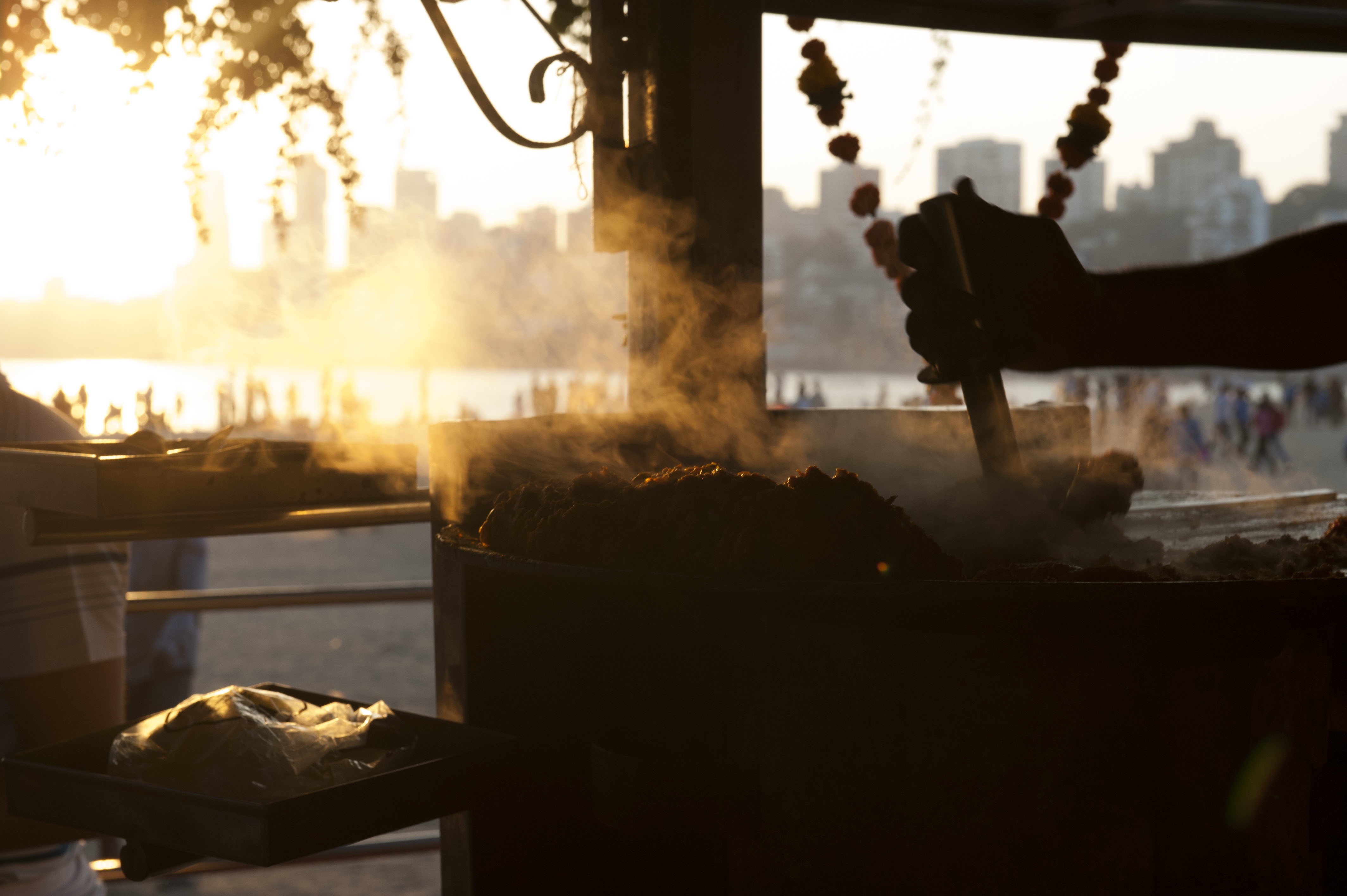 Allow 40 minutes to one hour to get to downtown Bombay (taxis are the best way to get from the airport and the rate is stated before leaving the airport).

Recommended accommodation: Four Seasons in Worli which is 15 minutes drive from Colaba and has an exceptional rooftop bar as well as a restaurant that serves four types of cuisines that are all outstanding. 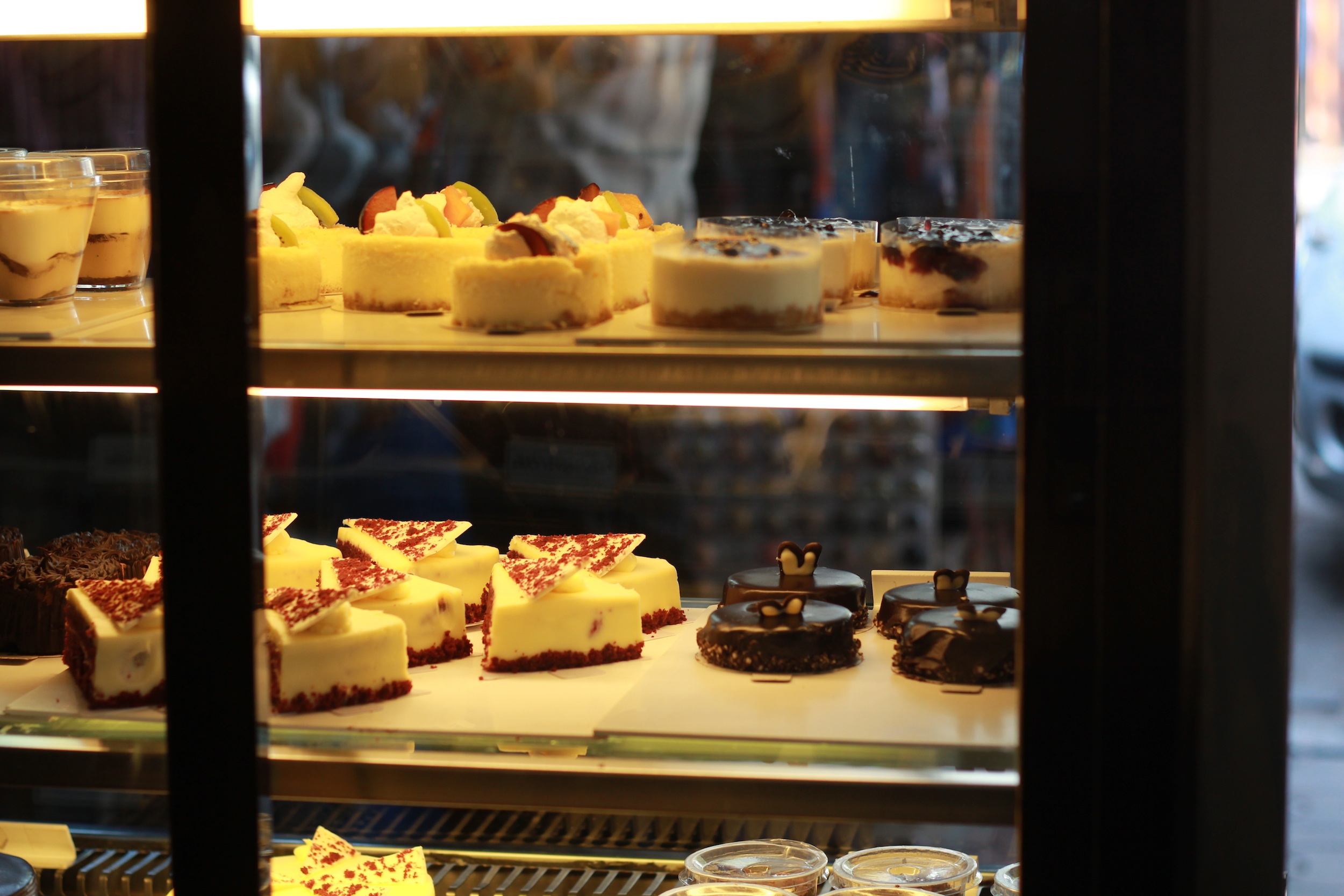 Arriving in Mumbai is a confronting experience no matter how many times you may have visited. An assault on all the senses, it’s best to orient yourself by wandering around South Bombay/Colaba area, which is known for its nightlife and tourist pulls. Ease the stomach in by starting with lunch at the famed Leopold Cafe, setting of the beloved novel Shantaram, as well as one of the locations that was attacked in the 2008 shootings (the bullet holes in the walls can still be seen today). It has also been open since 1871 and is more so an institution of Mumbai than a restaurant. Order anything that has the word “Leopold’s” in front of it, the chicken or paneer tikka masala, a fresh carrot juice and makai roti, which is an Indian flat bread made with corn flour, spices and chillies. Dessert should involve a cheesecake from their extensive cabinet. 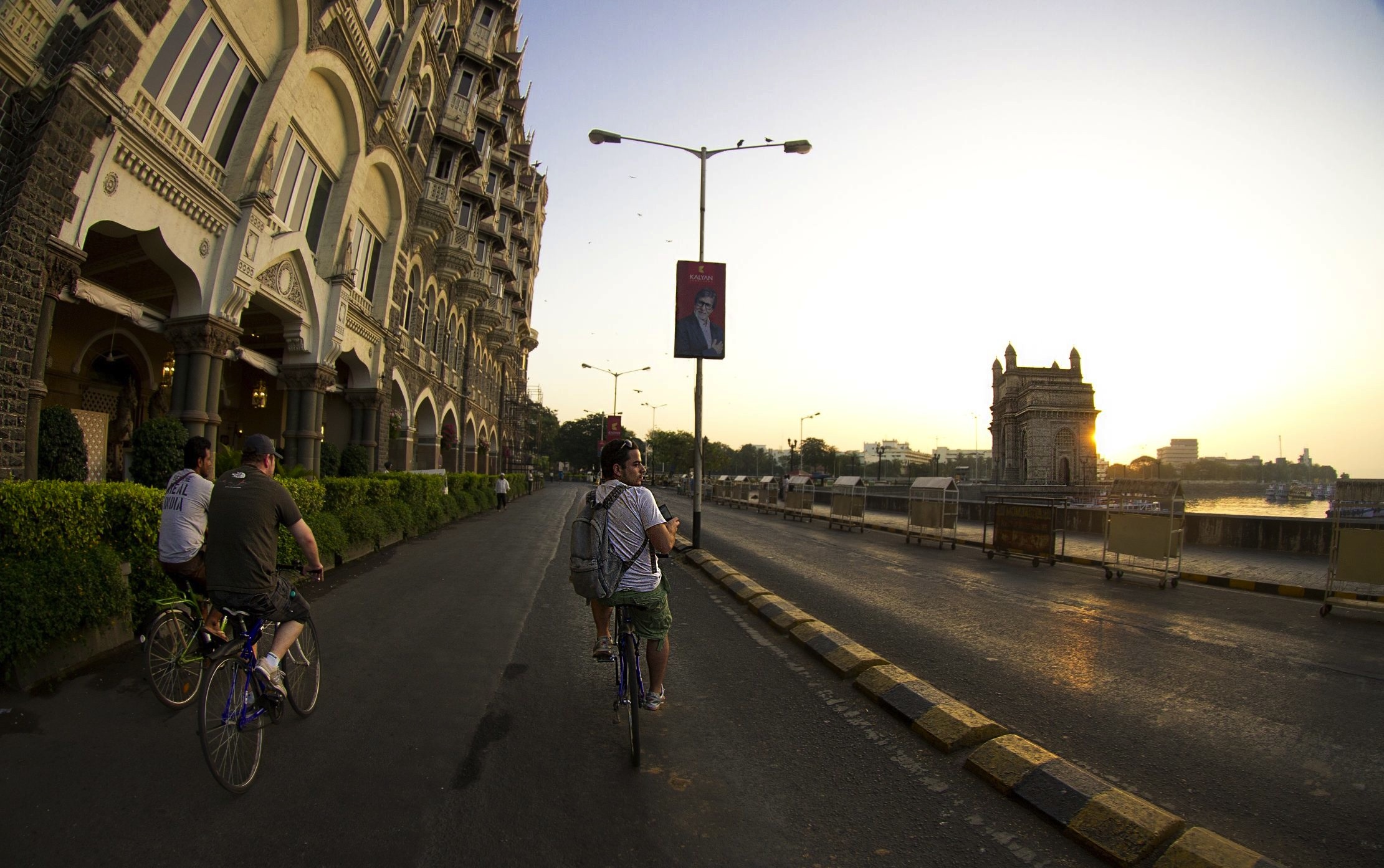 Mumbai’s wide lanes and narrow alleyways are alive with activity. In front of colonial buildings, alongside temples, and everywhere in between, vendors shout from carts selling everything from colourful birds and flowers to traditional Indian clothes and food. Take a tour of the markets for 1,000 rupees (around $100 HKD) with Reality Tours. Reality Tours is a social business that uses a profit sharing model to fund a sister-NGO–Reality Gives. Eighty percent of their post-tax profits go directly to Reality Gives which runs high quality education programs in Bombay, Rajistan and Delhi. They also organise a 6:30am bike tour and a street food tour, both of which are eye opening and offer a more off-piste tourist experience.

Watch the sunset on your first day in Mumbai at one of the rooftop bars. Cloud 9 and Cafe Marina in South Bombay are both highly recommended. 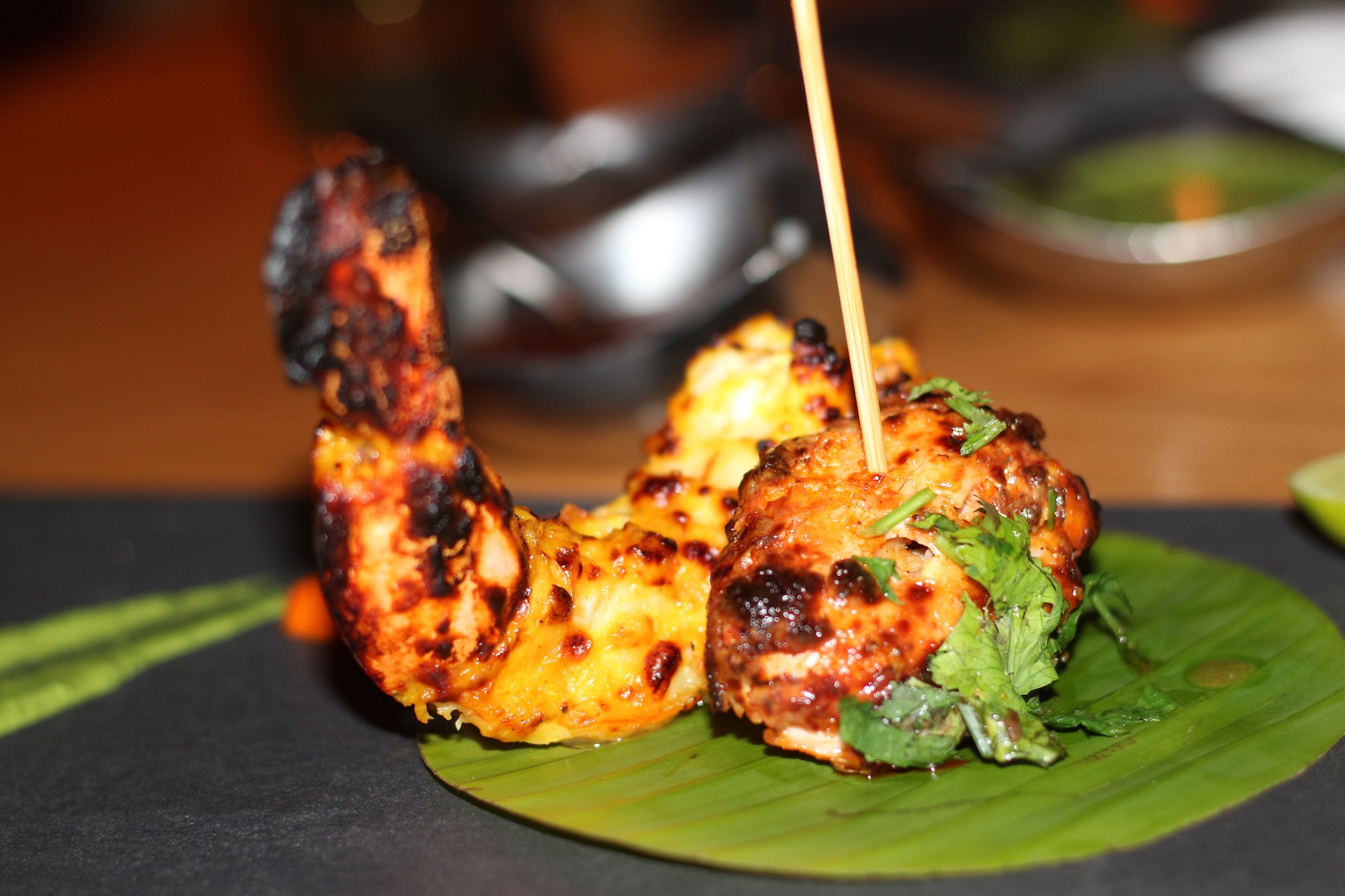 Cafe Mondegar is the other stalwart of Mumbai’s downtown dining scene and still stands strong in all its legendary glory. At Cafe Mondegar you will also get a chance to try Indian Chinese, a much loved quirk Indians go crazy for. This newfangled cuisine involves taking Chinese cooking and adding Indian adaptations. The style is not regional or executed with overwhelming accuracy, but takes robust flavours like Sichuan and Manchurian and inserts Indian familiarities like paneer, gobi and mutton. At Mondegar try the chilli chicken, Sichuan noodles and a masala omelette. 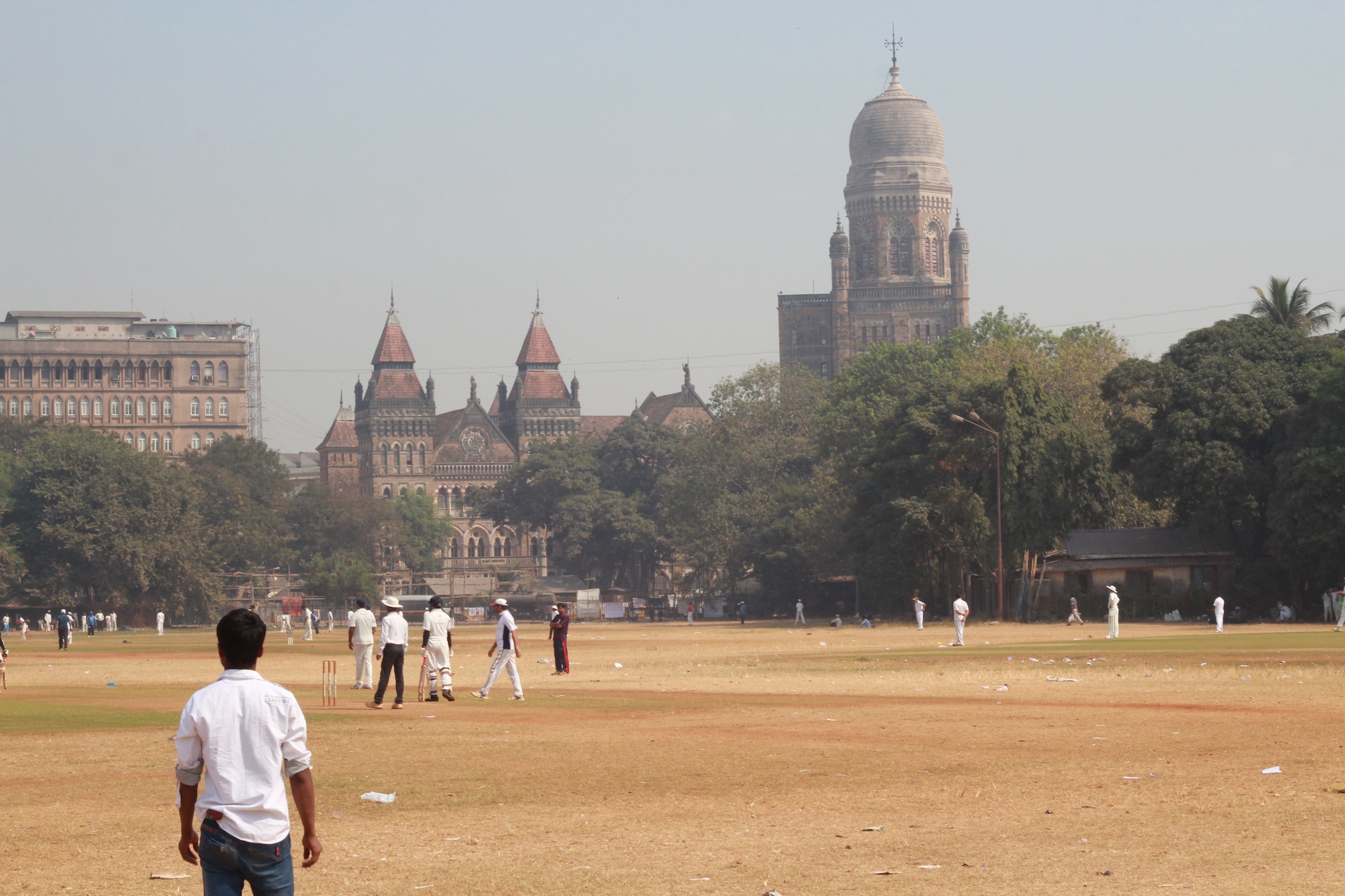 One of the most happening places in Bombay, Colaba Social, is a fitting end to day one. Unfinished bare walls, bulbs that hang from the ceiling and an array of leather couches shout rugged chic and those who frequent the venue stick to a similar theme. The bar menu is brief (for India), which is good, as you’re here for the deconstructed Moscow Mule and Hot Shoddy; a warming combination of brandy, honey, cinnamon, cloves and slices of apple and orange. 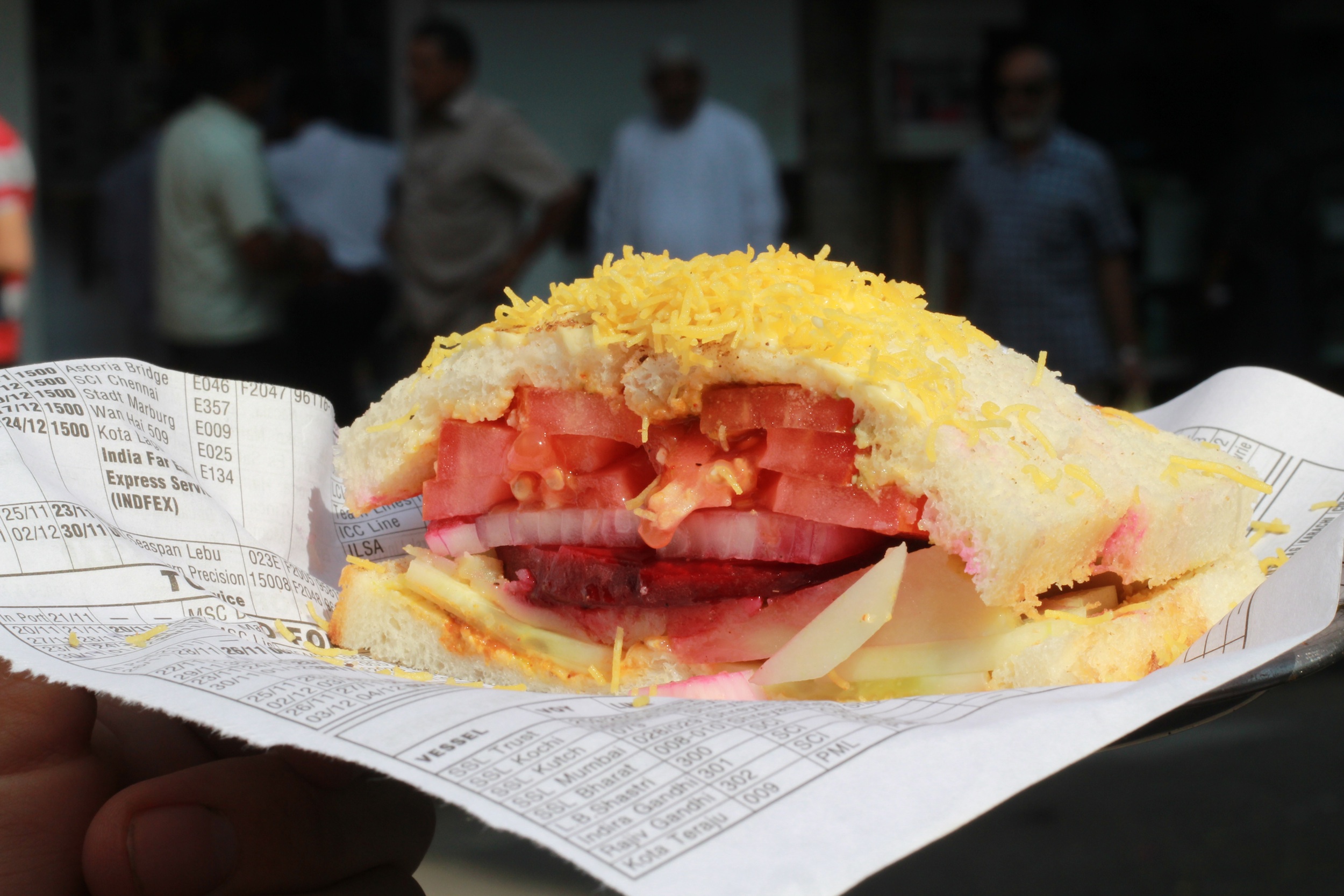 If yesterday was for ticking off the ‘must do’s in Bombay’, today is for renegade exploring like a local. Spend a few hours this morning walking Marina Drive, watching college students flirt, and taxi drivers take a nap on the sea wall. The streets between Colaba and Marina Drive are teeming with juice stalls and sandwich makers, samosas and pani puri stands. Seek out a typical Bombay masala sandwich (a simple combination of crustless white bread stuffed with tomato, potato dusted with masala, cucumber, onion and green chutney), a samosa in pav (pav means bread in Hindi; so yes this is truly a #carbsoncarbs situation) and a fresh pomegranate juice. All this should come to a total of about 15 to 20 HKD. Grab your treats and then find a cricket game, often playing at places like the Islam Gymkhana. 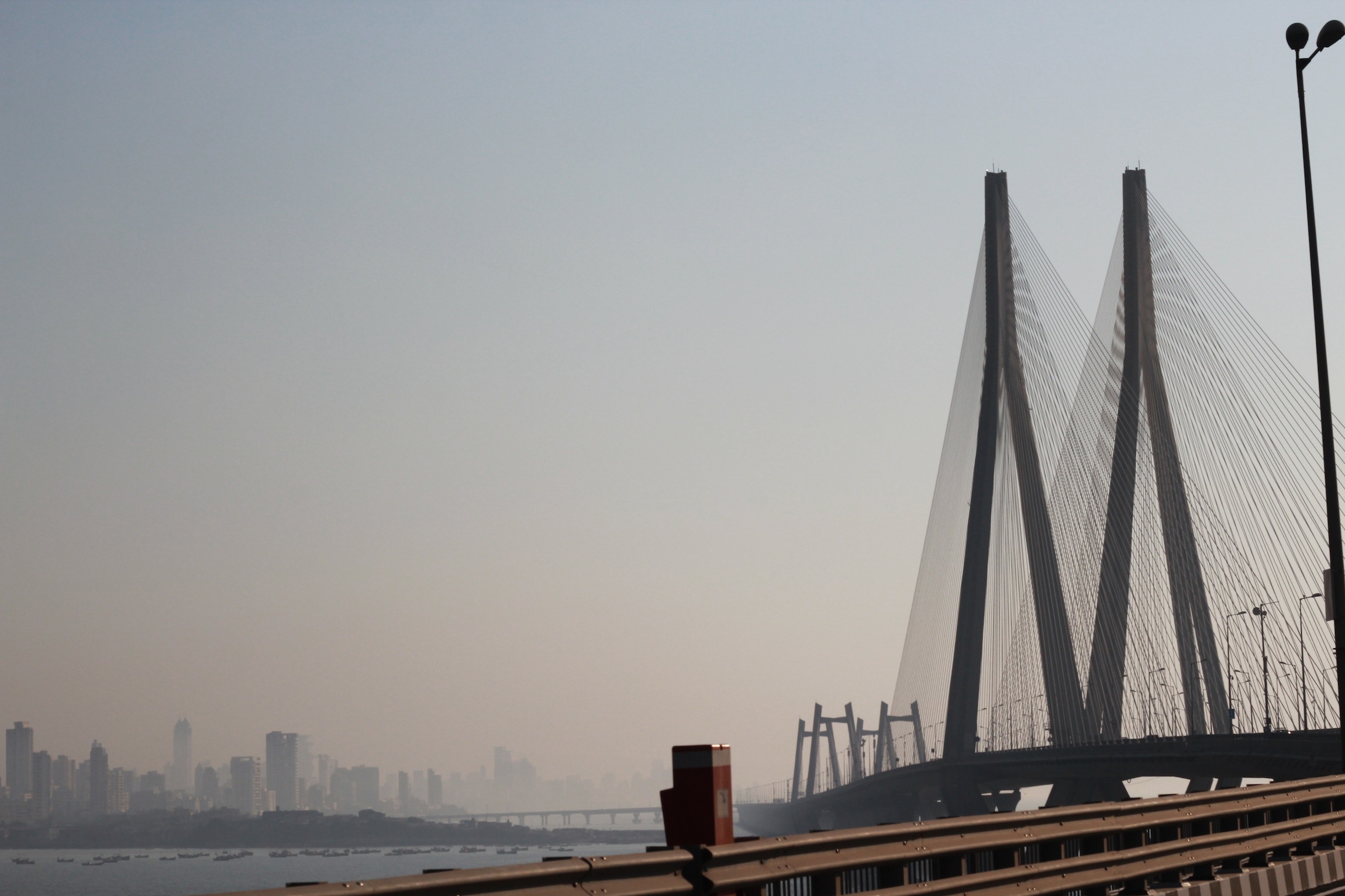 Time to head to the trendy suburb of Bandra, known as the Beverly Hills of Bollywood. Between Bandra and Juhu Beach there are a number of cultural activities to be occupied with, from the Prithvi Theatre in Juhu (founded in 1975 with the aim of promoting Hindhi theatre–they also serve a mean cutting chai at the Prithvi Cafe) to the Hive; a one of a kind eco-system focused on supporting and furthering the arts and technology. Spend the afternoon engaging with and in experimental workshops, film screenings, salsa classes, experimental comedy, social activist seminars, an art gallery, boardgames and endlessly more (check their Facebook page to see the highlights on any given day). 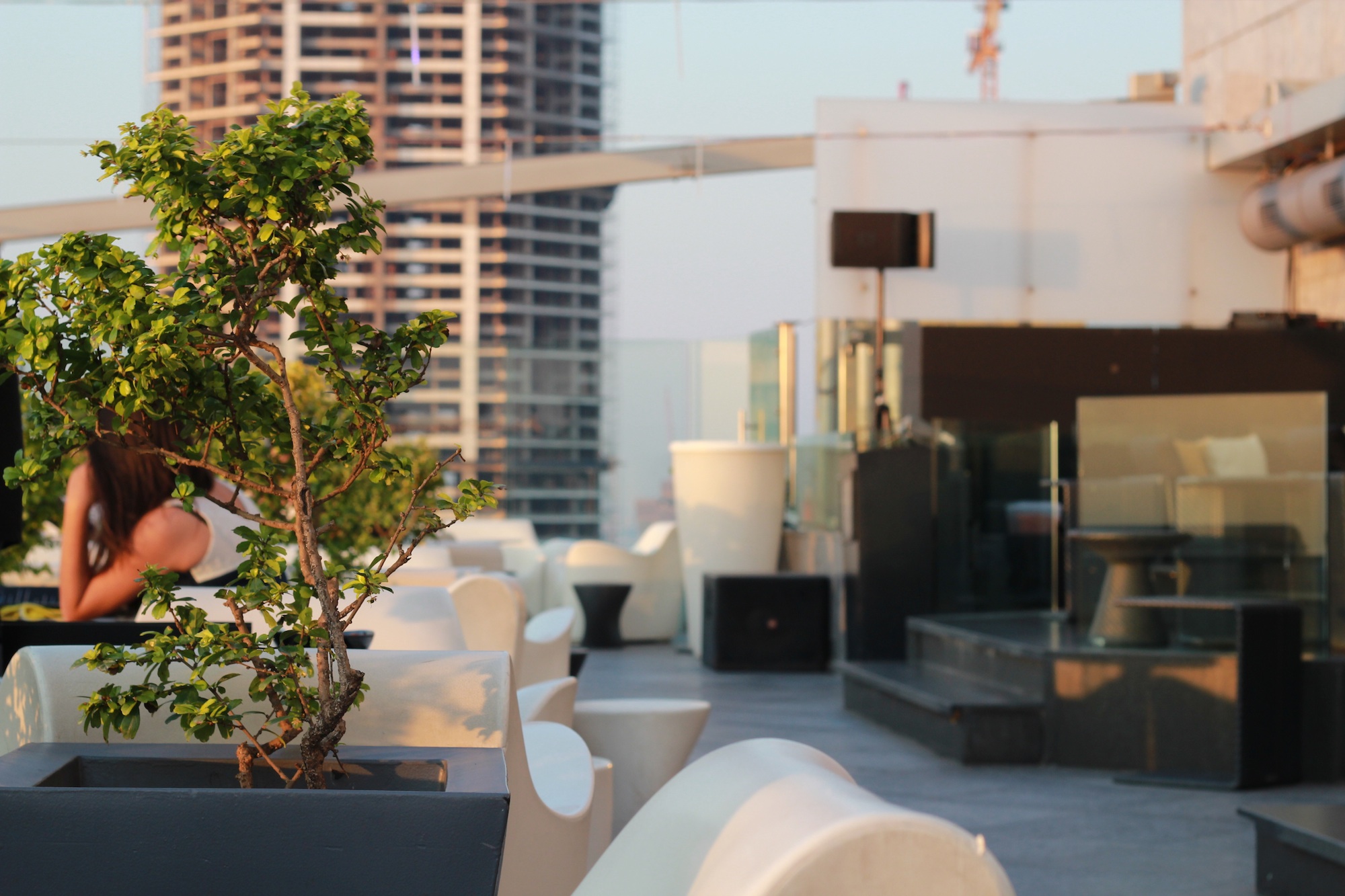 Medal for ‘best Bombay bar to watch the sunset’ would probably have to go to AER at the top of the Four Seasons in Worli. Spend a couple of leisurely hours here sipping cocktails made by their Diageo World Class competition winning bartender. Varun says of his style: “I like spice and bitter drinks - star anise and cinnamon are favourites, so too are wild gooseberries here in India – which are less sweet than the western ones.” 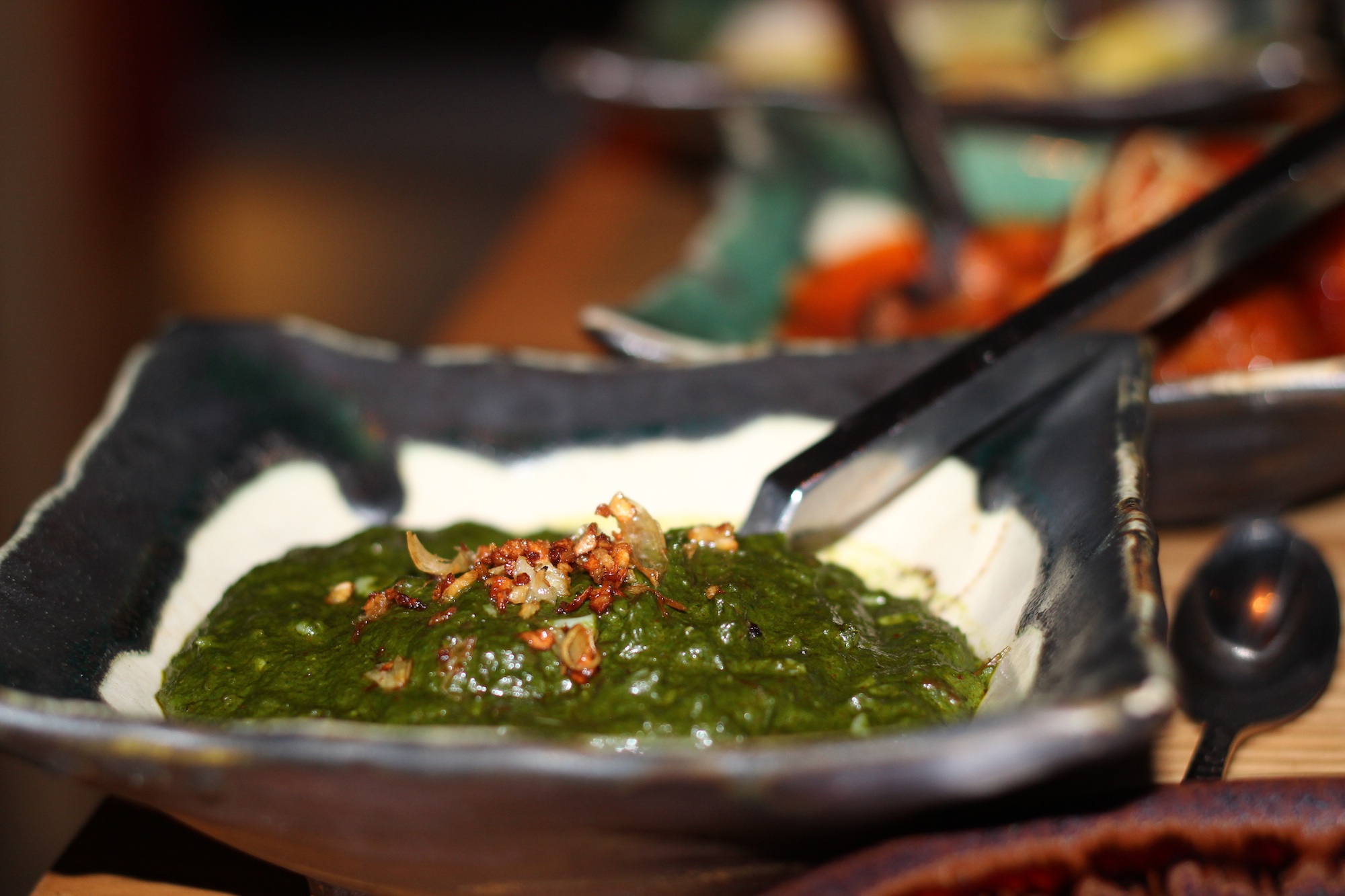 Descend back to the ground floor of the Four Seasons and over to their restaurant, San-Qi, for Indian food that’s refined and crave-worthy. The restaurant has four cuisine types on offer, which at first made us dubious, as more often than not, restaurants cannot do justice to such a variety of cuisines. This is not the case at San-Qi, where the Thai, Japanese, Indian and Chinese sections all have respective chefs to wow guests with their cooking. All the cuisines are done well and there is a vegetarian option for nearly every carnivorous listing on the menu. Must try dishes in the Indian sector include: garlic flavoured prawns from Southern India, baingan bartha (like the babaganoush of India) which will make you think about eggplant in ways you haven’t before, and the tandoori seabass chutneywali which is the epitome of modern Indian cooking. Taking the exotic fish and marinating it with distinctly Indian flavours, this dish is one of the best you might ever taste.

Foodie | about 1 year ago