Fine dining mightn't often jump to mind when thinking about community development, but in the case of Lima, an indigenous woman from North Queensland, it was high-end F&B that changed her life

Sitting with Lima Bousen in the fine dining restaurant of Desert Sails in Ayer's Rock Resort, you would never have known this woman was once incredibly shy, and would have described herself as insecure and unsure not even four years ago. As she waited our table last night at the Sounds of Silence dinner, set in a theatre of red sand, stars above, Uluru in the distance and an outback electrical storm crackling on around us, I would have sworn she had trained under the likes of Neil Perry, or some kind of large international hotel chain. She caught my attention. She is very good at her job. 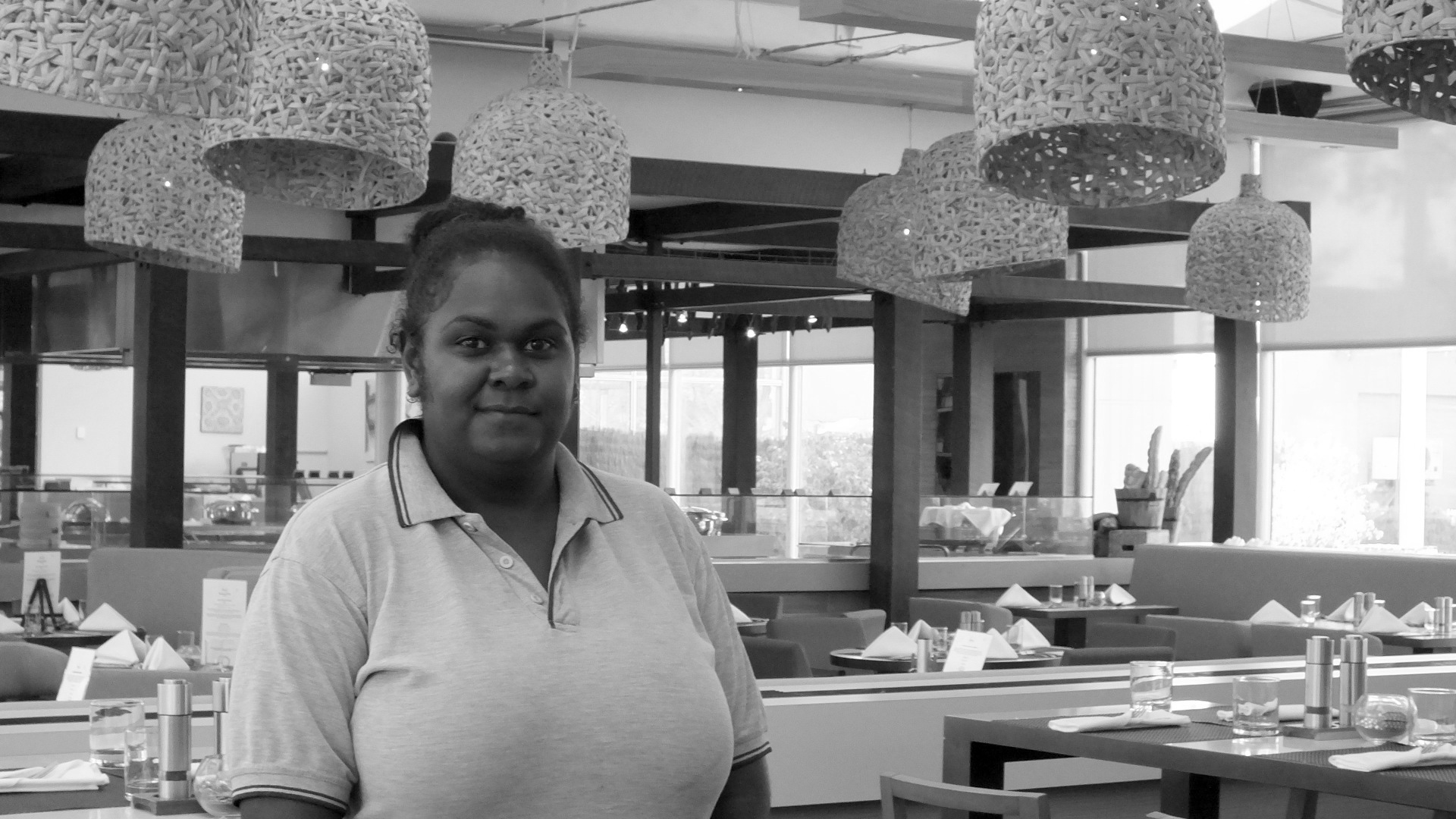 Lima Bousen at Sails in the Desert, Ayers Rock

I soon found out about her background. Lima comes from a very rural community in the north of the state of QLD in Australia, and spent 6 years post-high-school in a quagmire of uncertainty about her future until she made the brave decision to enroll in a traineeship with Voyages Resorts at the breath-taking Mossman Gorge in Queensland. 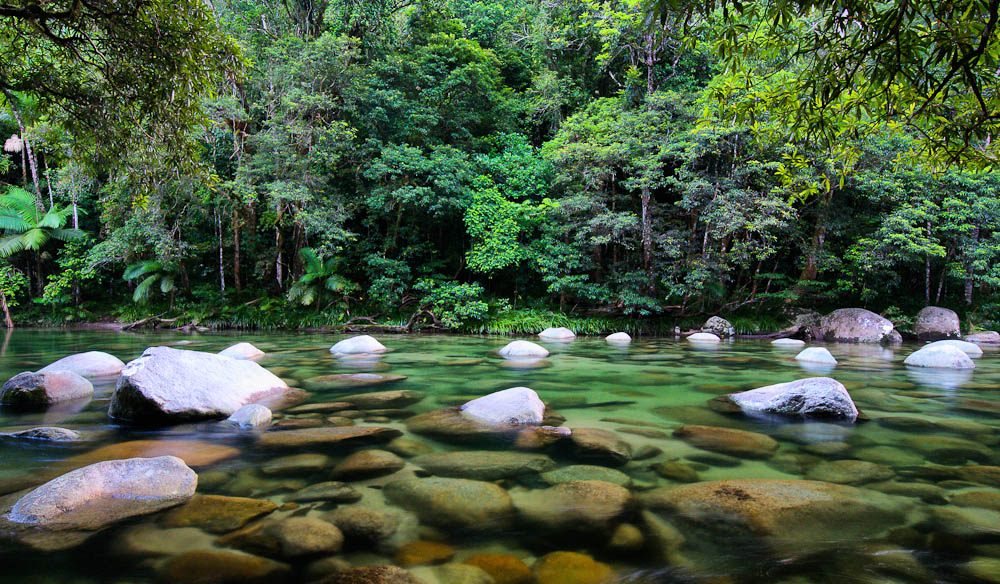 Voyages Indigenous Tourism Australia is a wholly-owned subsidiary of the Indigenous Land Corporation (ILC) and manages tourism and resorts on its behalf. One of the key responsibilities of Voyages is to promote and sustain eco-tourism, protecting pristine sites for many years to come. Voyages works collaboratively with local communities to assist them to exercise sustainable environmental tourism practices, respecting and supporting the local Indigenous cultures and offering employment and training opportunities to the local and broader Australian and Torres-Strait Islander Indigenous communities.

Profits from all business activities are re-invested in the Indigenous and resort experiences and through the various training and development programs in places around Australia. 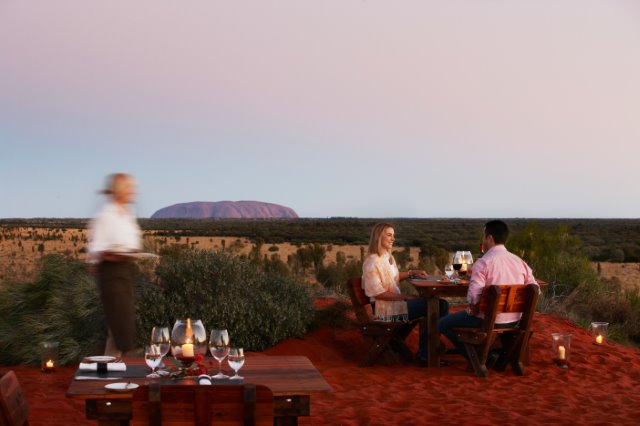 When Voyages began training at their Uluru site in 2011, they had 2 indigenous staff. Now they have 268 indigenous staff, and 36% of the entire Voyages workforce from their four properties in NSW (head office), NT, WA and QLD. At the Mossman Gorge Centre where Lima trained 87% of their workforce are Indigenous.

On her first day, she couldn't switch a table, couldn't stand up in front of anyone in the dining room, and public speaking was well out of the question. Now Lima is a manager, overseeing the shifts of The Sounds of Silence dinner and the fine dining Tali Wiru experience. She says the training helps a huge amount, and throwing yourself into the job is the only way to overcome past fears or personal insecurities.

"I was the shyest person going. You can't even imagine! Now I have no trouble speaking with any kind of person from any part of the world."

But her career highlight so far came when she was asked to work at Tali Wiru; the unique dining experience created by Voyagers resorts. Set on an isolated dune top overlooking Uluru and the distant domes of Kata Tjuta, the dinner is for no more than 20 guests at any one time. ‘Tali Wiru', means beautiful dune in local Anangu language and encapsulates the magic of fine dining under the Southern Desert sky. It's a dining experience you must be hand-selected to work in, and it's where Lima now feels at home. 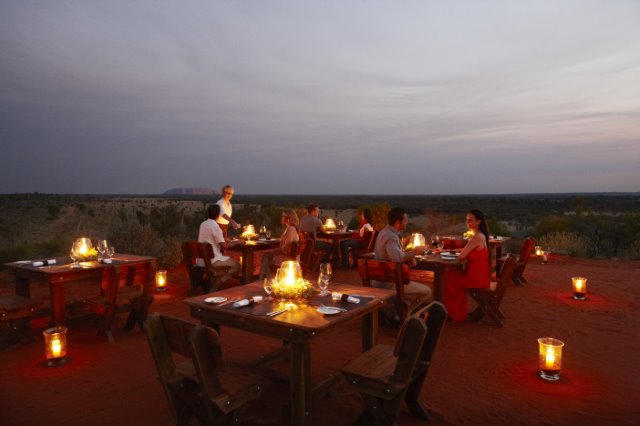 "Don't get me wrong, working those six months a year are some of the hardest of your life, but I wouldn't take back one moment". Being part of such an awe-inspiring evening that constantly rate amongst the best nights in her guests' lives is hugely rewarding, and she simply loves making a new friend every night. "I get to interact with the most interesting people from every part of the world, and I just love what I do".

Her biggest challenge was always confidence. In rural communities that are extraordinarily tight-knit ("I am related to mostly everyone there" she says of her hometown), building up the courage to step outside the collectivist cultures and face the unknown is hurdle number one, with hurdle number two being a break into a profession. it's a cycle that means unemployment and the subsequent effects are rife in many of Australia's rural indigenous communities.

Do many leave?
"Nah not really. My little sister came over with me, and she works here in the resort too, which makes me very happy. But it's hard to break away from parents, aunts, boyfriends, and a town where you're not encouraged to leave and where most people work for the dole (Australian government support) if at all". 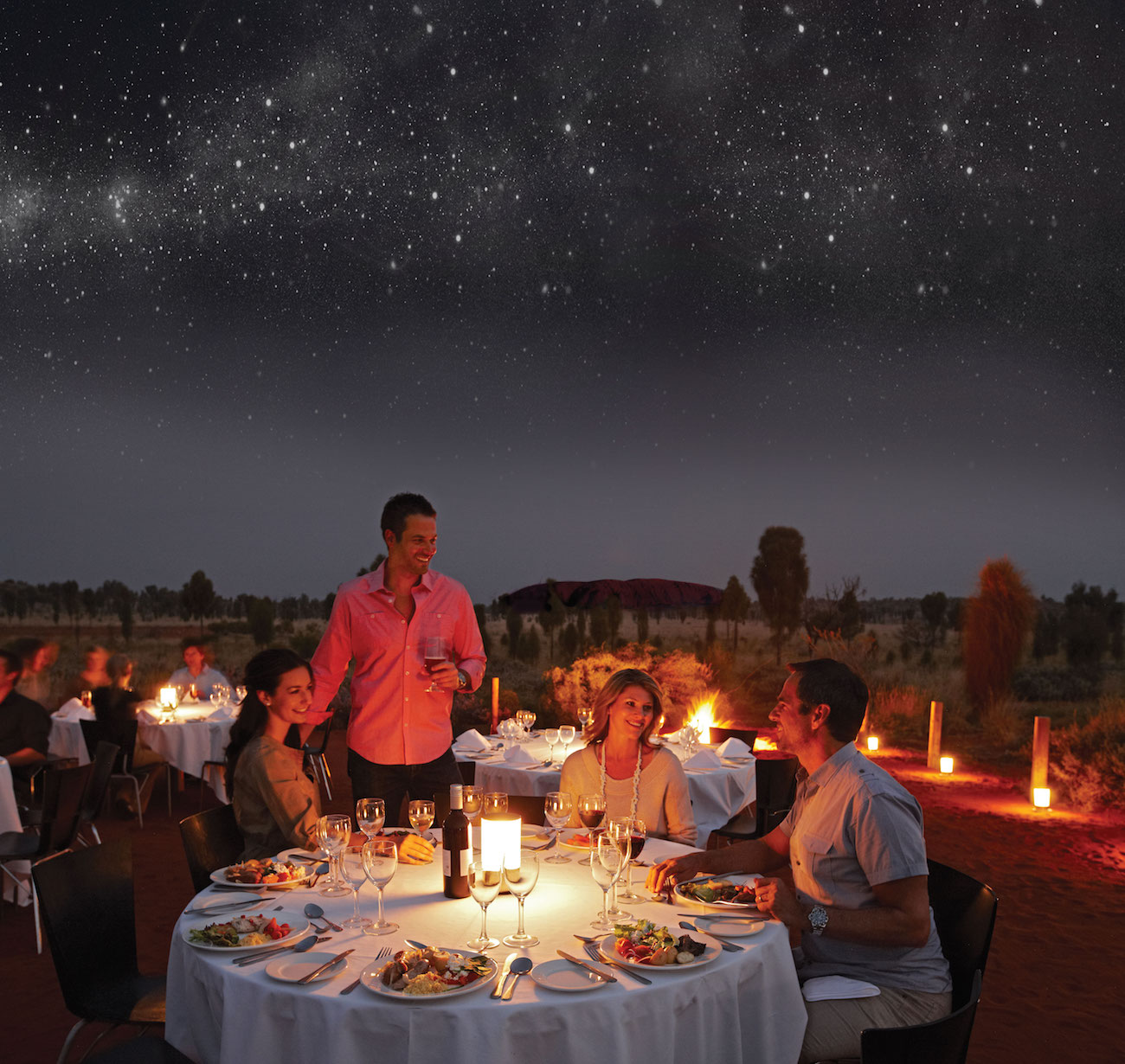 But Lima embodies a shining example of hope, effective education and equal opportunity. Her perseverance, coupled with a productive training program offered by Voyages and an accommodating workplace post-training, have resulted in an F&B professional who is passionate, sharp, warm and memorable. A panache of attributes that are starkly lacking in today's front of house industry. Through innovative schemes that have a pointed community focus, Voyage's has engineered a social integration and empowerment tool that actually works, to the benefit of everybody.

Lima stands now a role model for many, as well as a resolutely hard-working, charming waitron. Lima's advice for other young indigenous women? "You've got to do what's best for you. It's really hard to leave, and in our communities, there is a lot of pressure to stay put, and even if you did leave it's hard to know where to go. But you can't listen to what others tell you. You have to have courage, you've got to have an attitude of 'why not', you've gotta get uncomfortable."

When I asked her dream for the future she said:

Learn more about the Sounds of Silence and Tali Wiru dining experiences here.