If there is a chef that is more revered, referenced and seemingly omnipresent, it's René Redzepi of Noma, the restaurant which has been voted the world's best four times. He and his skilled, charismatic team have just finished their 10 week tenure in the new development on Sydney's western waterfront Barangaroo; a pop up that received 25,000 inquiries before it bookings even properly opened. 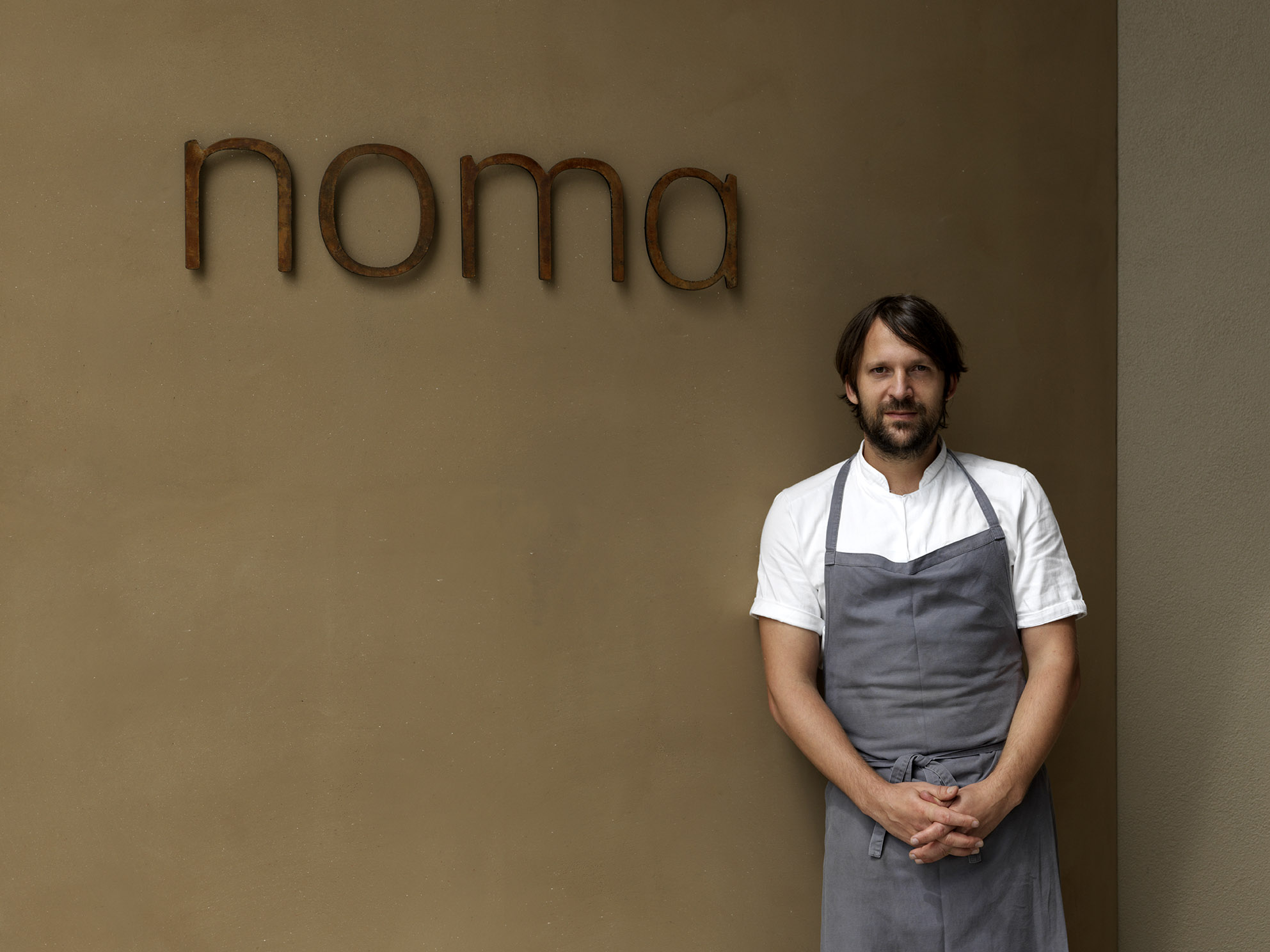 He has just ran the first ever out-of-Copenhagen MAD Symposium at the Sydney Opera House on April 3rd and he has also released a feature with Documentree Films, My Perfect Storm, detailing the ups and downs of Noma.

Because things were getting a little vanilla, he is also set to close the gastronomic mecca that is Noma at the end of 2016, after an exceptional 12 year run, only to reopen it in 2017  "with a new menu and a new mission", meaning a new location featuring an urban farm. Noma 2.0's menu will dance with the seasons through foraging, something Redzepi holds as a cherished building block of their cuisine. It's bold and will mean the restaurant will serve food relative to the pronounced divisions of the year; seafood in winter, when it's at its plumpest, vegetables in the summer, when they won't have any need to supplement plants with meat and will be entirely vegetarian, and game, nuts and woodland offerings in the autumn, when diners just might be given a leg of moose to share between eight.

The man just does not stop. 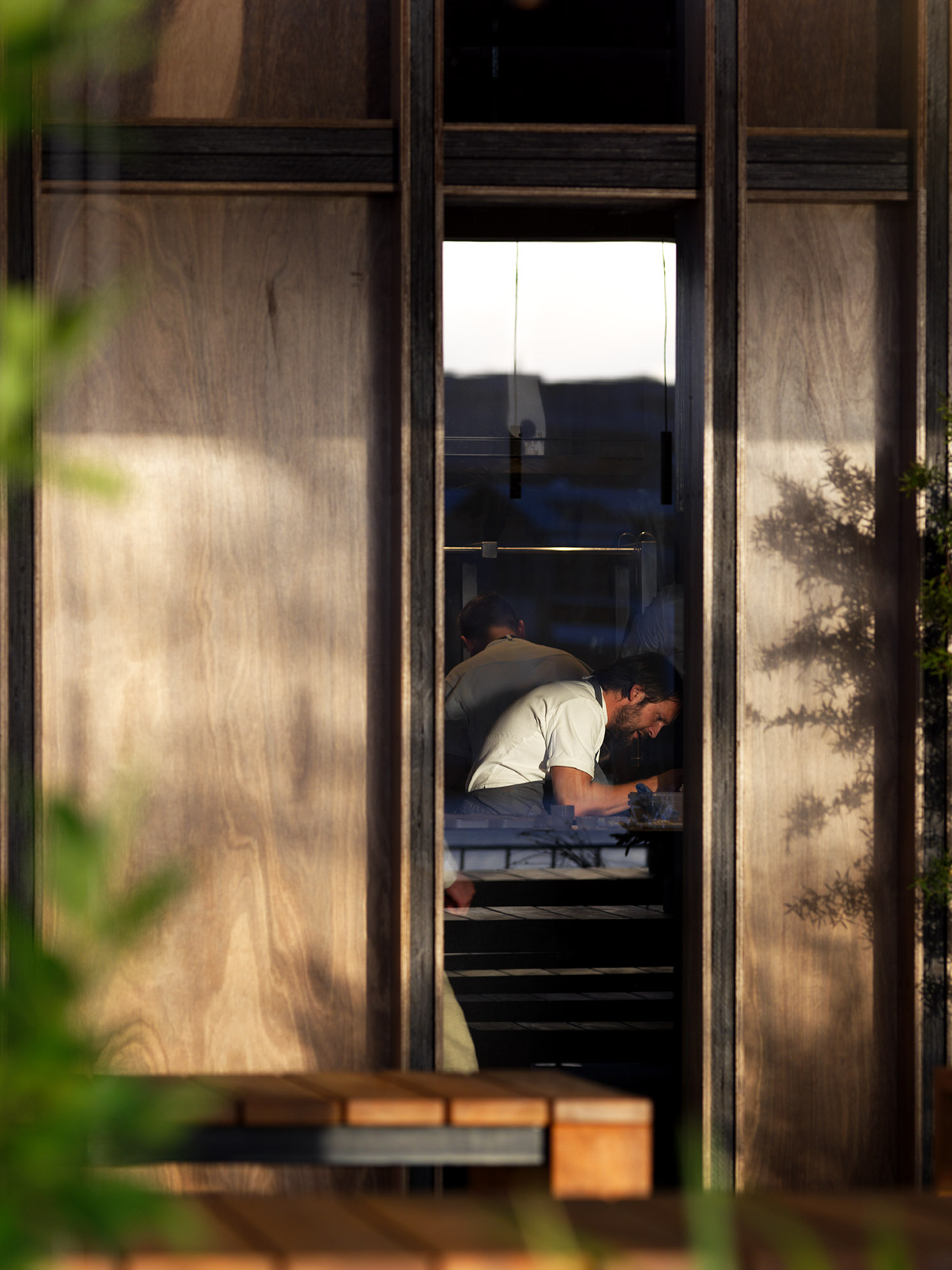 But he appears palpably unperturbed by the whirlwind of activity and commentary that follows him and his restaurant's activities. The ripple effect of his mantra has influenced cooks and kitchens from Scotland to Hong Kong, but he's convinced the party is only just beginning.

Here's what he had to say when we caught up with him at the recent Noma Australia pop up in March 2016:

What major changes have taken place in the kitchen since you first became a head chef?

When I first became a head chef I was 25 and it was 2003. Although that doesn’t seem like all that long ago in terms of how you manage a kitchen, it seems like almost a million years. It was much more rough back then–we’d have people more or less coming straight from jail to apply for work. Today we have Ivy League chefs. 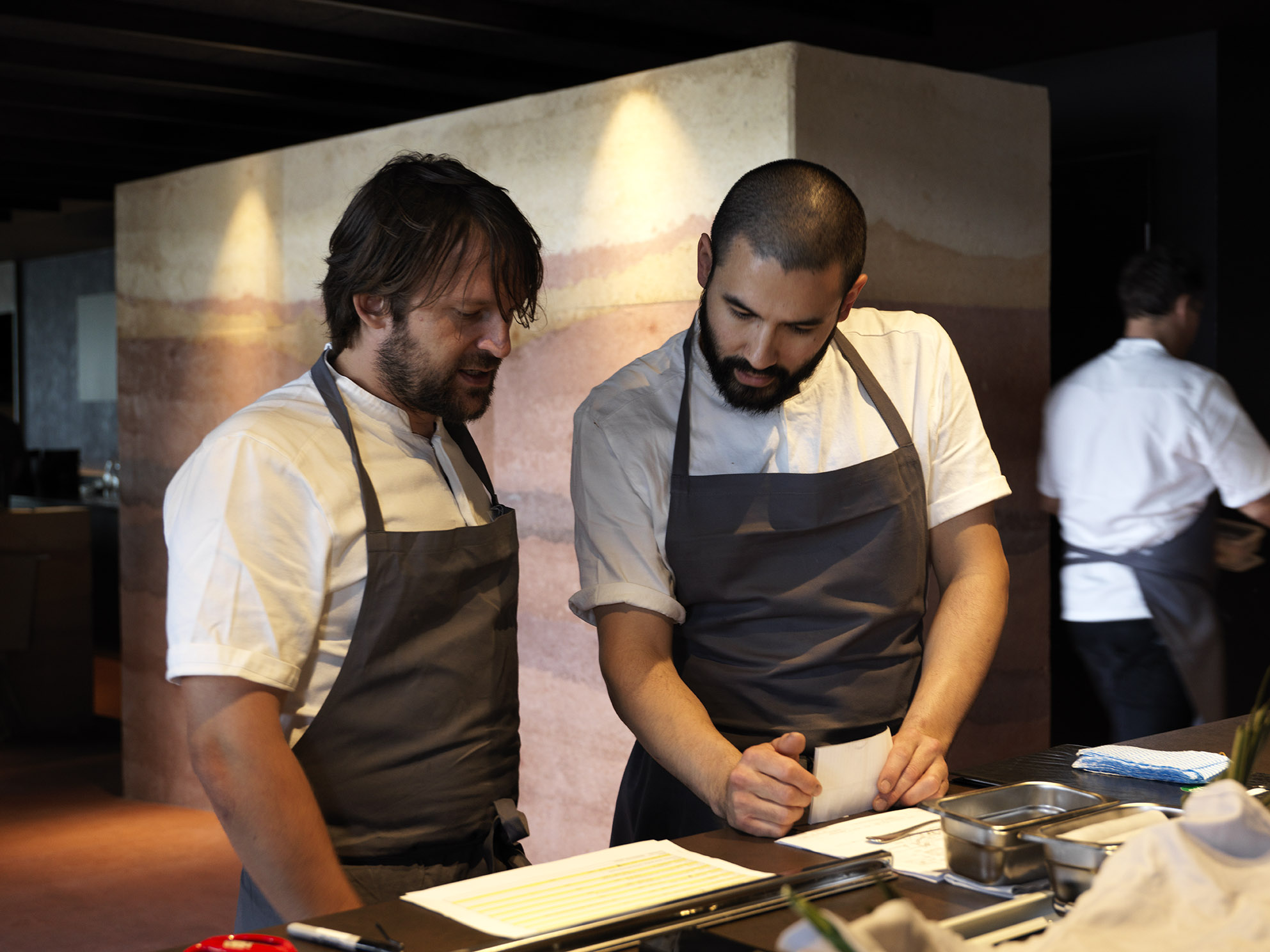 Talk us through the process of conceptualising a dish:

It’s a question that has so many answers, and is therefore virtually impossible to articulate in a few sentences. I’d say that everything starts with the seasons however, as much as that makes me sound like a broken record. That’s still the main inspiration. What are the best offerings being grown or gathered, and what is our connection to them–that’s always the starting point.

When in your life do you feel like you really succeeded?

I’m not actually sure how that would feel. I’ve yet to feel like we’re at the finish line. I’ve said it many times before, and I genuinely believe that what we’re doing is a marathon and we’ve just put on our gear to warm up. 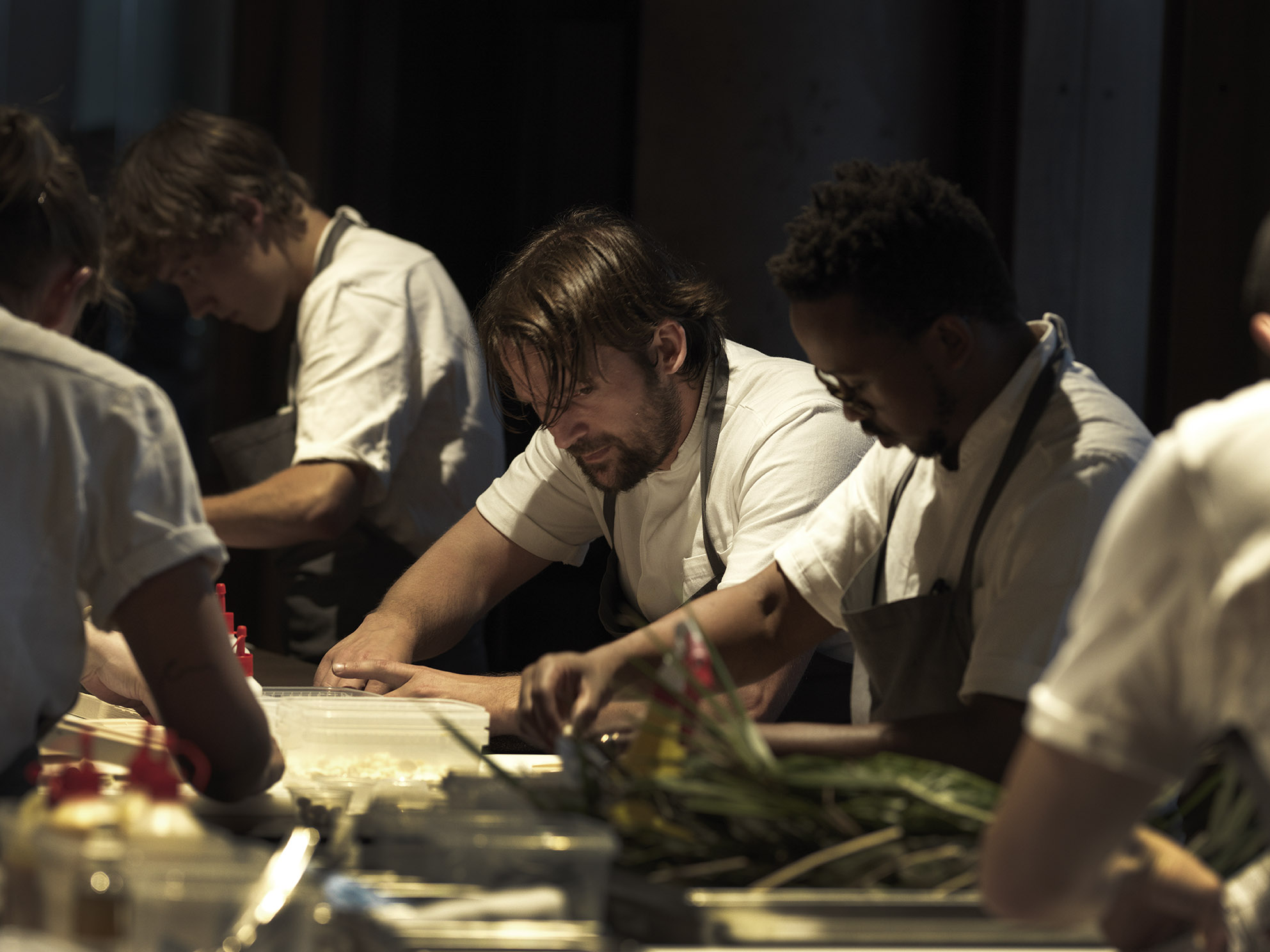 In that case, can you think of a time when you actually failed at something?

Oof! That happens day in and day out. But I suppose you mean genuine failures that change your life in a bad way..? I’ll say I’ve not really experienced anything like that yet. The failures I deal with are the ones that inevitably happen on a day-to-day basis.

What do you think is the greatest misconception surrounding Noma?

We’ve somehow become ”the restaurant that serves ants”. To a lot of people it’s about insects and shock value, which to me is pretty far from the truth. 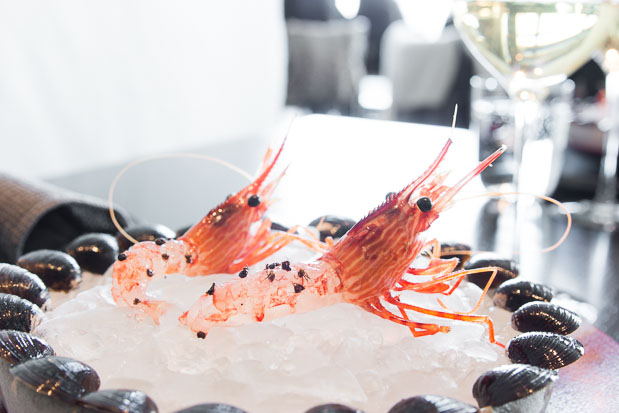 Ants on live prawns at Noma Japan. Photo via norecipes

Do you ever feel unworthy of your status?

Who doesn’t? I’m pretty relaxed about this whole accolades thing and the obsession over the individual. I see Noma more as a collective of people working within a community in which you’re happy with what big moments give you as a team, but you’re more happy with all the smaller moments that occur when you work as closely as we do.

You've made sustainability part of your mission; why is that important to you?

I don’t think there was a choice made, I think that’s just the way that it happened.

If you could pass one message to chefs this year, what is it? 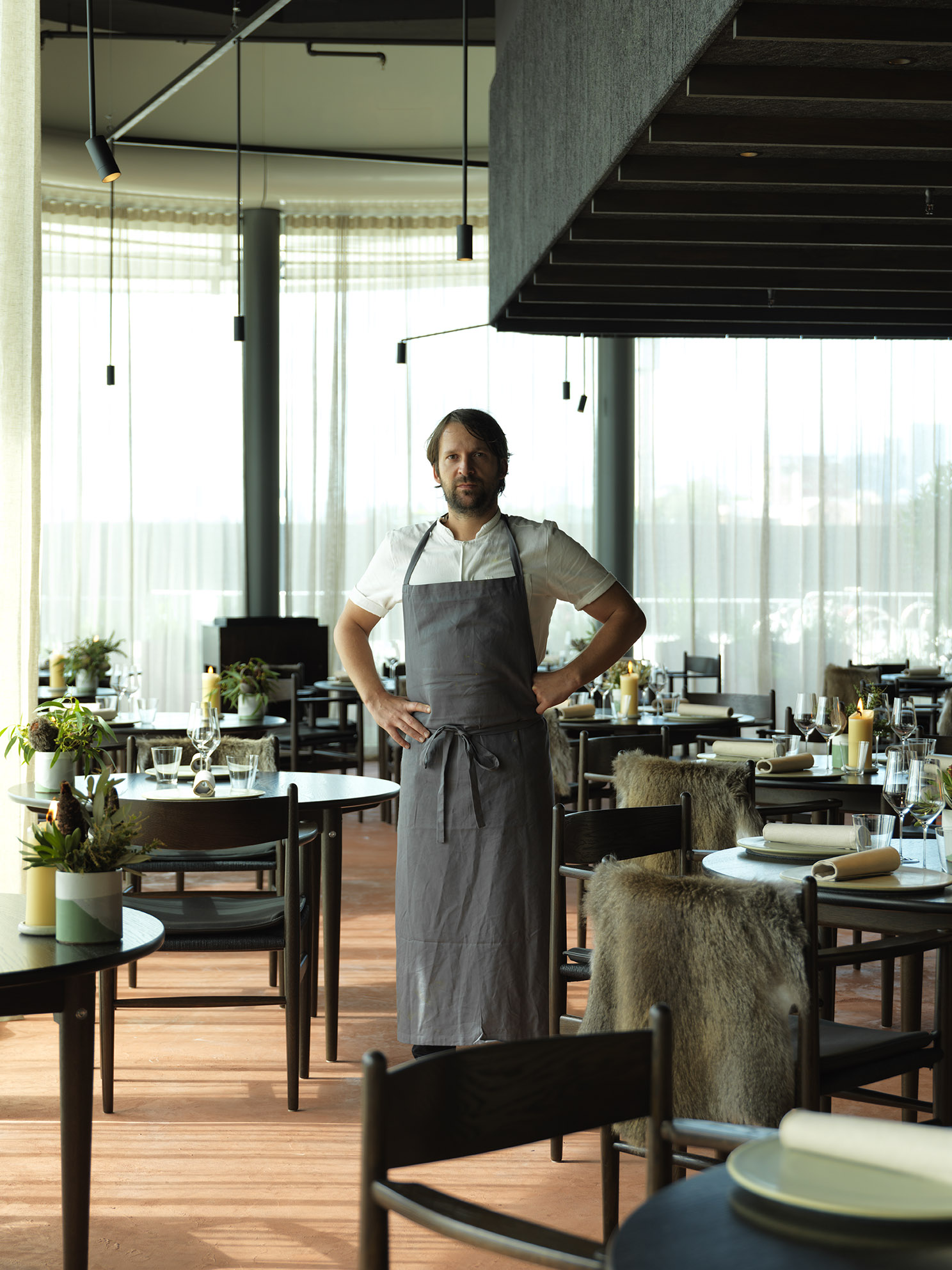