An Ode to Australia at the NOMA 2016 Popup

Sydney, and the world at large, has never seen anything like what Rene and the team pulled off in the late summer of 2016.

For many Australians, the smell of lantana is coupled with memories of dragging bikes through off-road tracks after school and on weekends. Sunburnt forearms covered in tiny scratches weren’t unusual on kids that grew up even in suburbia, such is the distinctly active and wild nature of the Australian lifestyle.

I would hazard a guess that not one of the people who have dined at sold-out 10 week Noma Australia popup anticipated the next time they were made to think of lantana would be because the weed was a DIY seasoning served alongside a scallop pie. And not the kind of scallop pie with great quantities of French butter or leeks–this scallop pie had a crust made of kelp and a filling made of beeswax and scallop fudge that held the consistency (and vaguely the flavour of) foie gras. The lantana raceme was delicately placed next to the pie and we were urged to separate them she-loves-me, she-loves-me-not style from the stem (this was imperative as the stem is quite toxic) and sprinkled over the half moon shaped pie. It’s a show, it’s a declaration, and it’s delicious. And most importantly, it’s an education, and a urging to think again–think again about the food we eat, who it may be affecting and where it’s coming from. 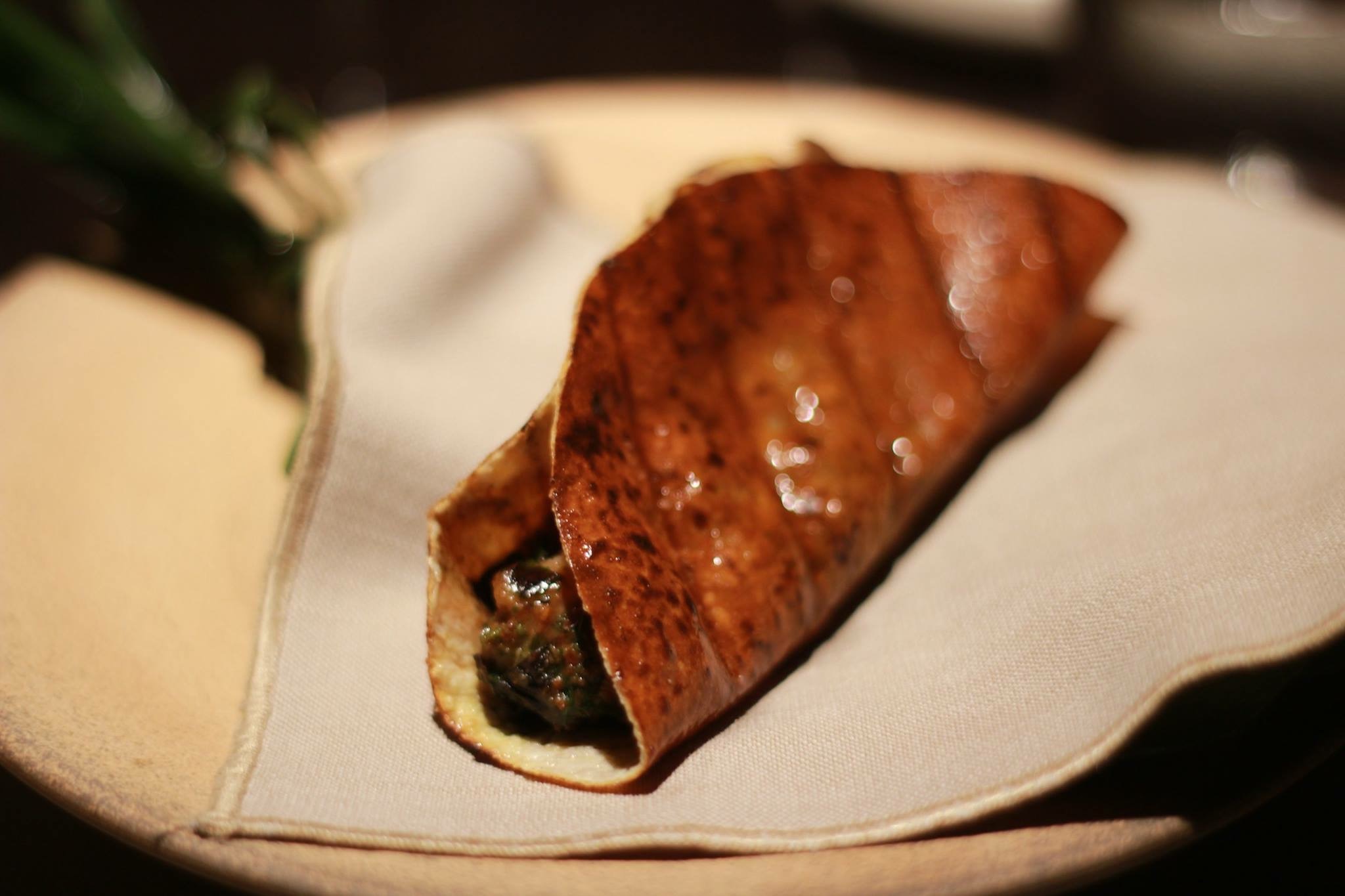 Marron (like a smaller, sweet lobster) brushed with a magpie goose (native Australian bird) ragu, wrapped in nasturtiums and served in a caramelised milk skin

Sometimes the dishes are big numbers flavour-wise–like the snow crab–a deep sea snow crab from Western Australia with a sauce made from egg yolk cured in fermented kangaroo, or the Marron (like a smaller, sweet lobster) brushed with a magpie goose (native Australian bird) ragu, wrapped in nasturtiums and served in a caramelised milk skin–and sometimes they’re evidently more of a statement; like the native berries bowl, covered in kelp oil, dried Kakadu plum and salted lemon myrtle buds. Berries like white lemon aspen, green muntries, red muntries, lilly pillies and desert limes tell the very story Rene and the Noma team seem to be trying to tell: go the extra mile (or in this case, hundreds of miles) beyond utilising strawberries, apples, cucumbers and wheat grown in our own country, further than rearing lamb and farming salmon in our territories, to embrace the very essence, the deep history, of our land and oceans. Because it’s by this very effort that stories forgotten and cultures overlooked are recognised and renewed.

The difference between Noma’s 2015 Japanese pop up and the Southern Hemisphere’s 2016 iteration, for me, was in the focus. Retaining the neo-locavorism ideals of local produce and makers, it’s almost as though something has changed in the restaurant’s gravitas of interest. The first time might have been a test, to see how markets would respond to the idea of the world’s best restaurant popping up on the other side of the globe, and to play, with what are arguably some of the most distinctly artisanal (and thus intimidating) foods in the world. The focal point was the ingredients no doubt, but equally was it a showcasing of techniques and glamour. 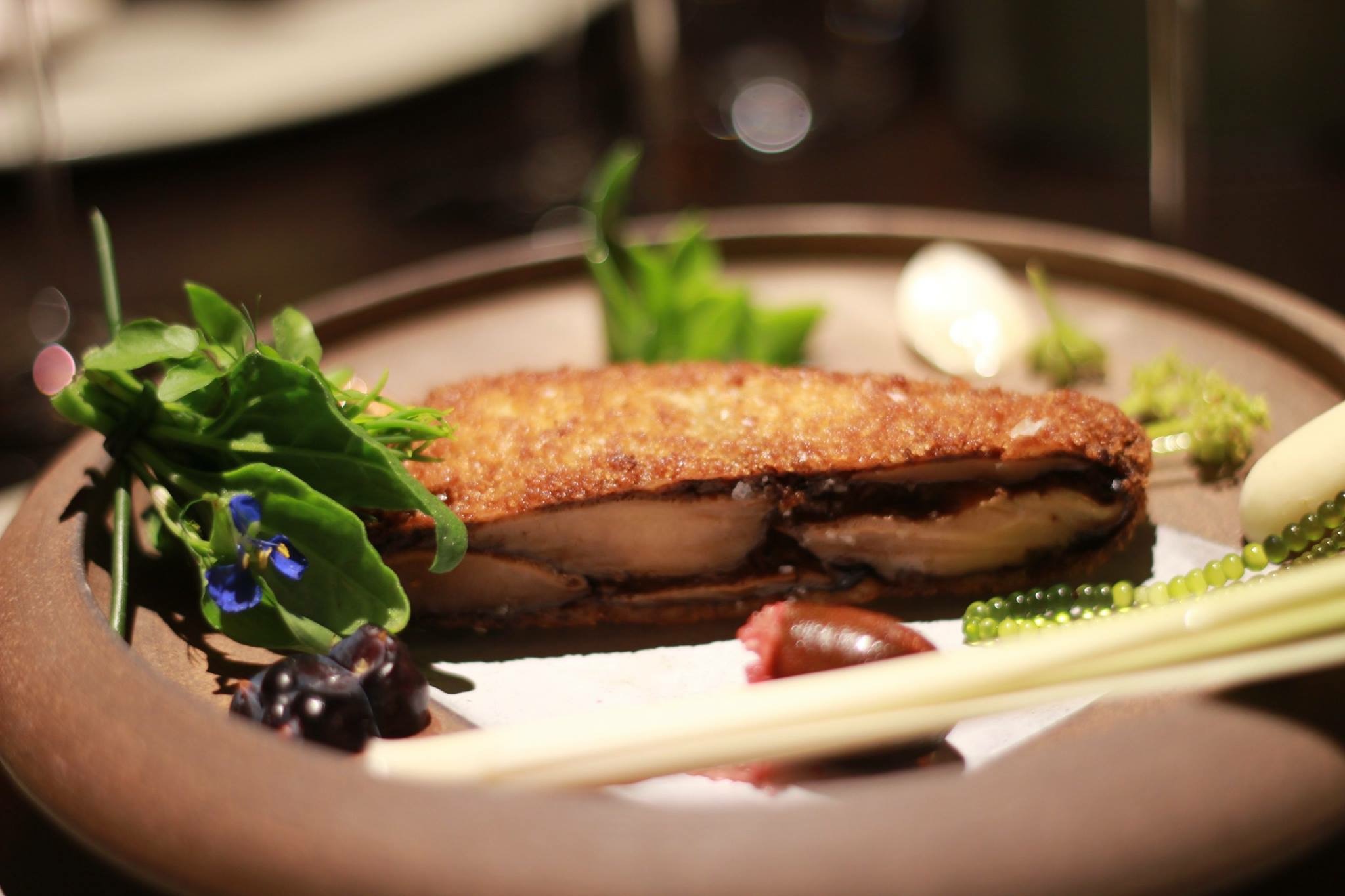 This time everything was a lot more stripped back. The vivacity of staff and careful curation of wine lists etc remained and wowed in precisely the same way, but the food was simpler. Less had been done to it and the attention was drawn more to the substances that make up each dish and how they danced together, more than how cleverly they had been manipulated to be something else. The abalone schnitzel is served nearly raw and untouched (aside from a necessarily hefty crumb coating), with bush condiments threatening to steal the show from the very well executed mollusc main. But when condiments are beach herbs, sea pearls, a bunya nut, finger lime, mat-rush, green grape seaweed, sea lettuce and palm nut this isn’t altogether surprising. Not to say there isn't some very clever cookery going on: a peanut milk and freekah Baytime (a play on the classic Gaytime ice cream; an Australian store-bought favourite) is reinvented with frozen fresh peanut juice and caramel on a twig of lemon myrtle coated in a freekeh glaze, and the Lamington took form as an aerated rum parfait, coated in a milk crumb with a sauce of rainforest lychee (or native tamarind).

Certainly the Australian Noma’s Spanner Crab, served over unripe macadamia nuts and rose oil is comparable to Japanese Noma’s still-living prawn covered in ants that nearly broke the internet; but the point is the Australian Noma really makes you stop and think. Drawing on centuries of food culture, there is no way to communicate that taste, and no way to leave without contemplating what else we might be missing out on by not taking the time to stop following norms and deep dive in our societies’ present and past, and perhaps the subsequent effect is the reengineering what the future might look like. 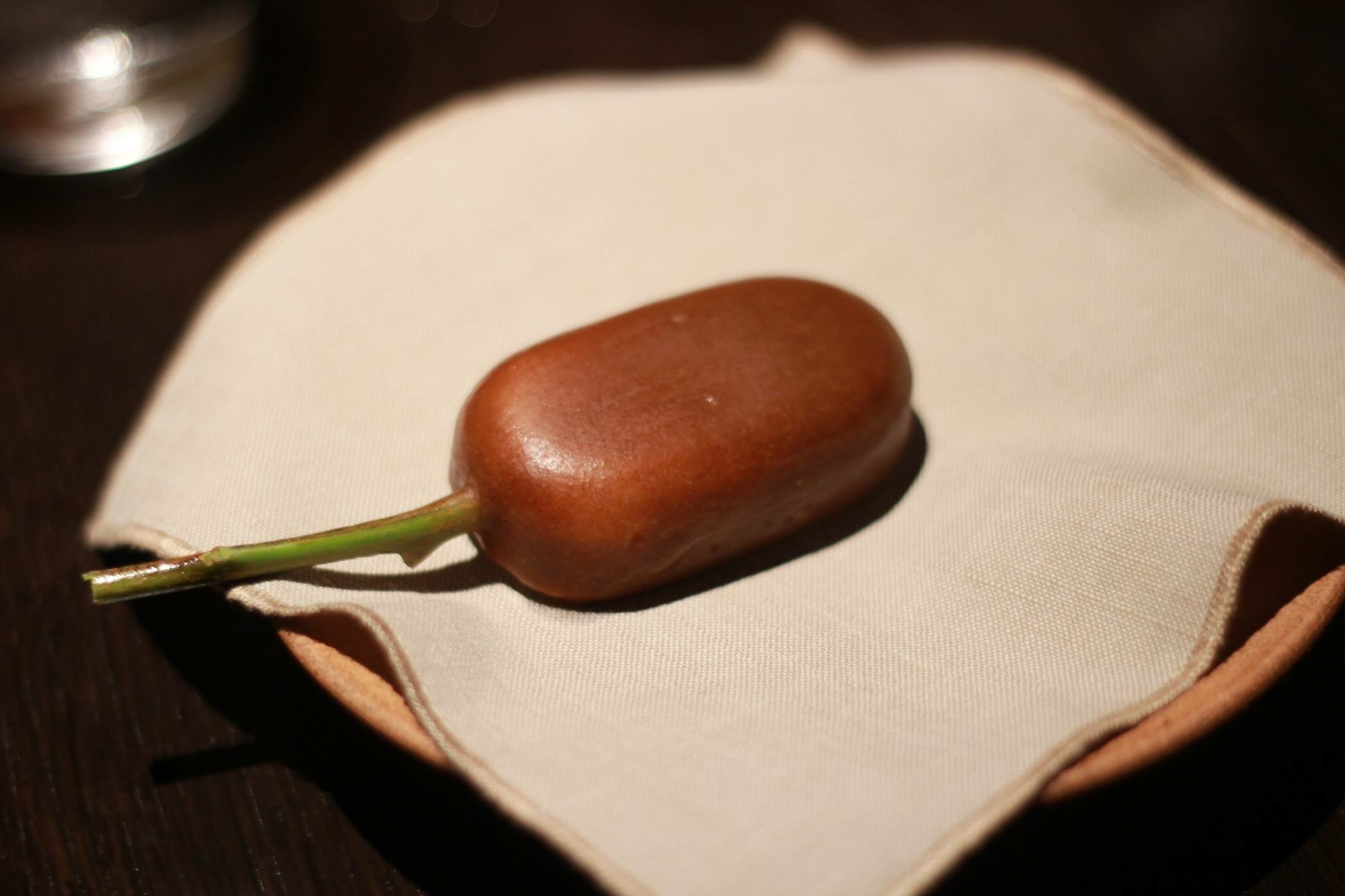 Peanut milk and freekah Baytime (a play on the classic Gaytime ice cream; an Australian store-bought favourite), reinvented with frozen fresh peanut juice and caramel on a twig of lemon myrtle coated in a freekeh glaze
dining