Rustico: Worth the Trek for Authentic Spanish Food

True to its name, Rustico cooks up charming country-style Spanish food, with some very traditional and authentic tastes.

Though located on the 'dark side', this Lai Chi Kok establishment is worth the trek for anyone looking for some real fuss-free Spanish food.

Iberico ham is definitely the crowd pleaser of Spanish cuisine and is featured throughout the menu at Rustico. In May 2015, the restaurant invited award-winning world champion carving ham master, Jose Manuel, to showcase how to cut Iberico ham. When asked what makes great ham carving skills, he joked that "making it look easy is the hardest part". Jose obviously has mastered the hardest part, as you would not have guessed it could be so difficult to cut a slice of meat. It's fair to say that the leg of ham was unevenly jabbed and ruined after some of us had a go. 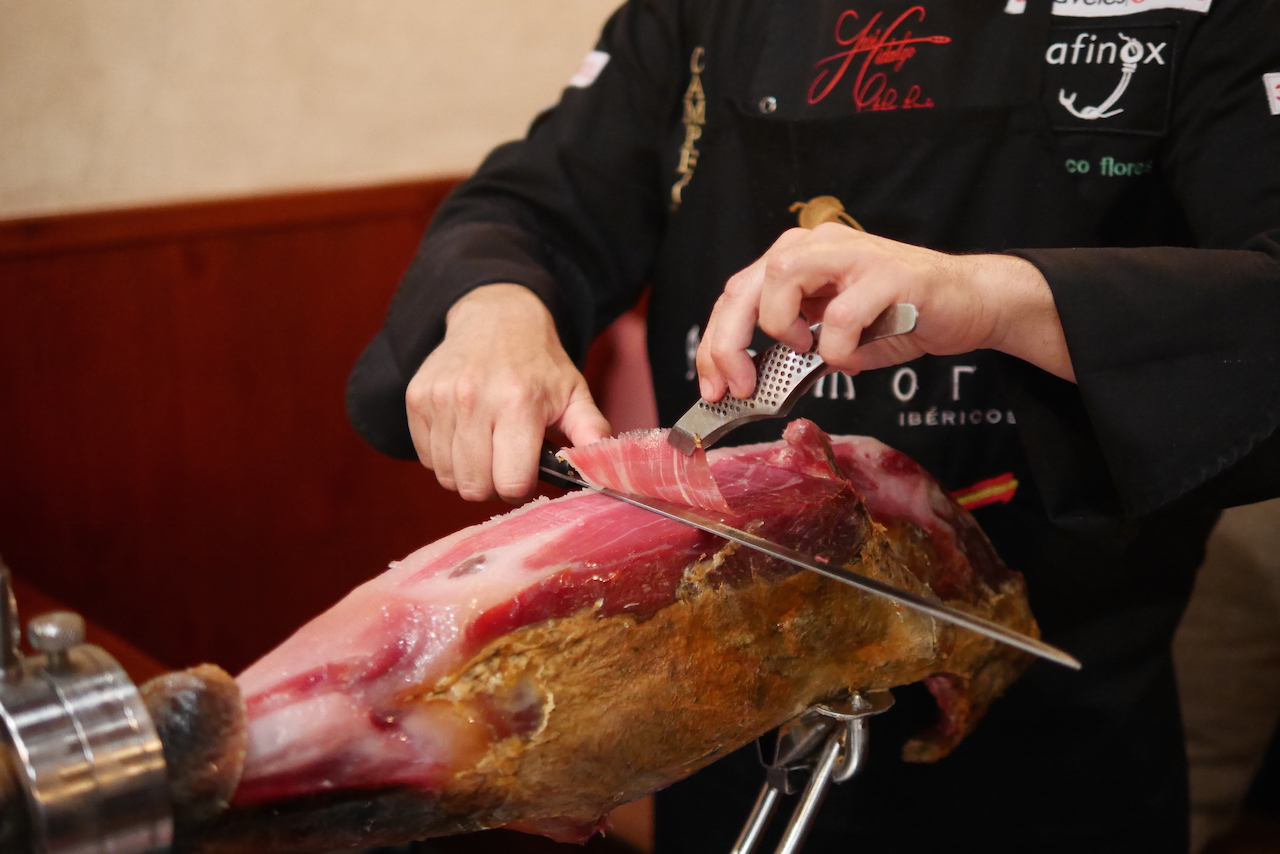 The Iberico ham itself was surprisingly juicy and tender, compared to the much dryer (though oilier) versions I've tasted in the past. Apparently, Garimori (the Iberico ham supplier) uses less salt than industry averages, with a longer curing time. That does explain why the taste of the meat was not too salty (which I definitely approve of!).

Having sampled five tapas dishes and six other courses, there were some hits and misses that night. 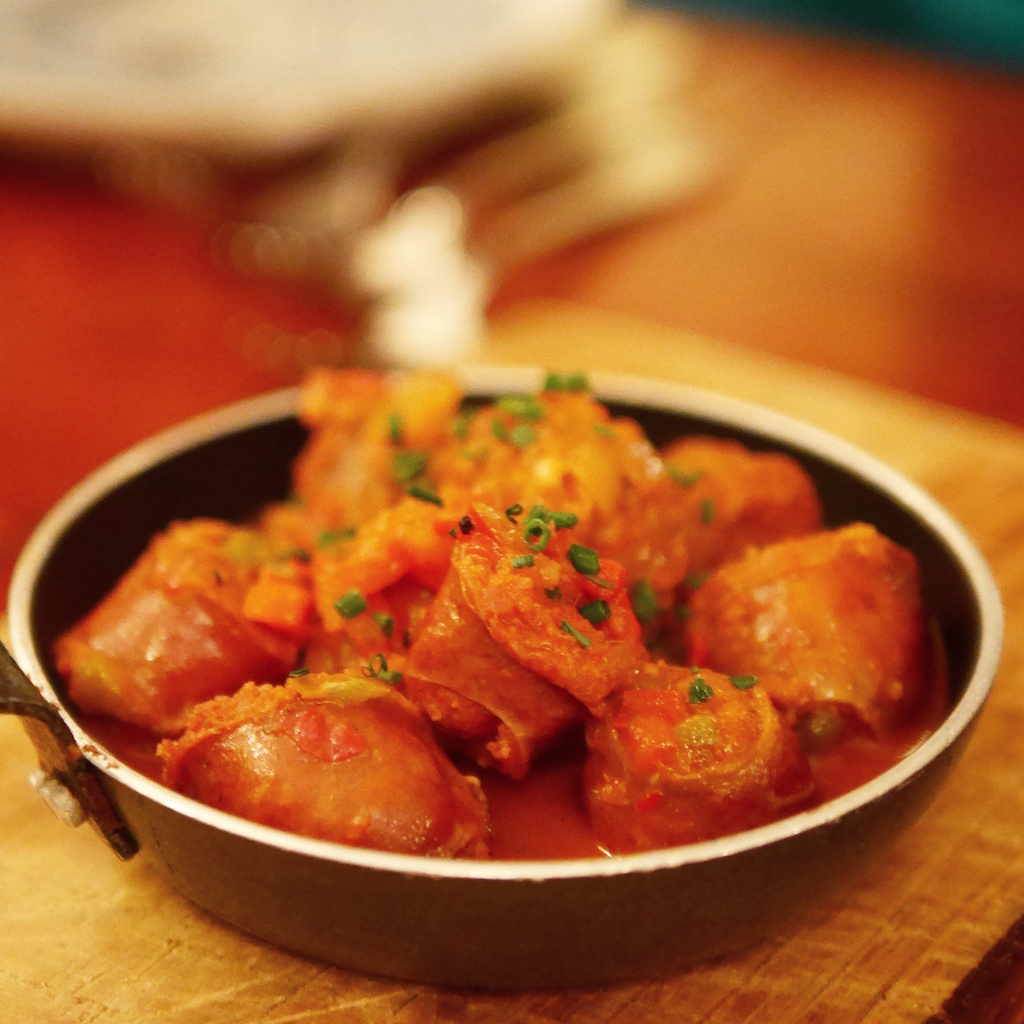 Of the tapas dishes, my favourite was the Spanish chorizo in sherry wine. The chorizo had a very real meat taste to it; while the sauce was spicy and tasty, it didn't have an overriding msg-like undertone to it, which is what I've often sampled at other Spanish restaurants in Hong Kong. Apart from the delicious Iberico ham and chorizo, the other tapas dishes were however, relatively normal. Instead, the main course dishes should really be the focus here.

The most unforgettable course of all, had to be the "Castellana" garlic soup with slow cooked egg and Iberico ham. This traditional Castilian soup was extremely full of flavour, to the point where it's unlikely to please the faint-hearted. It was very garlicky and had a strong spicy smoked paprika taste to it too. Even better once you break and mix the runny egg into the soup! 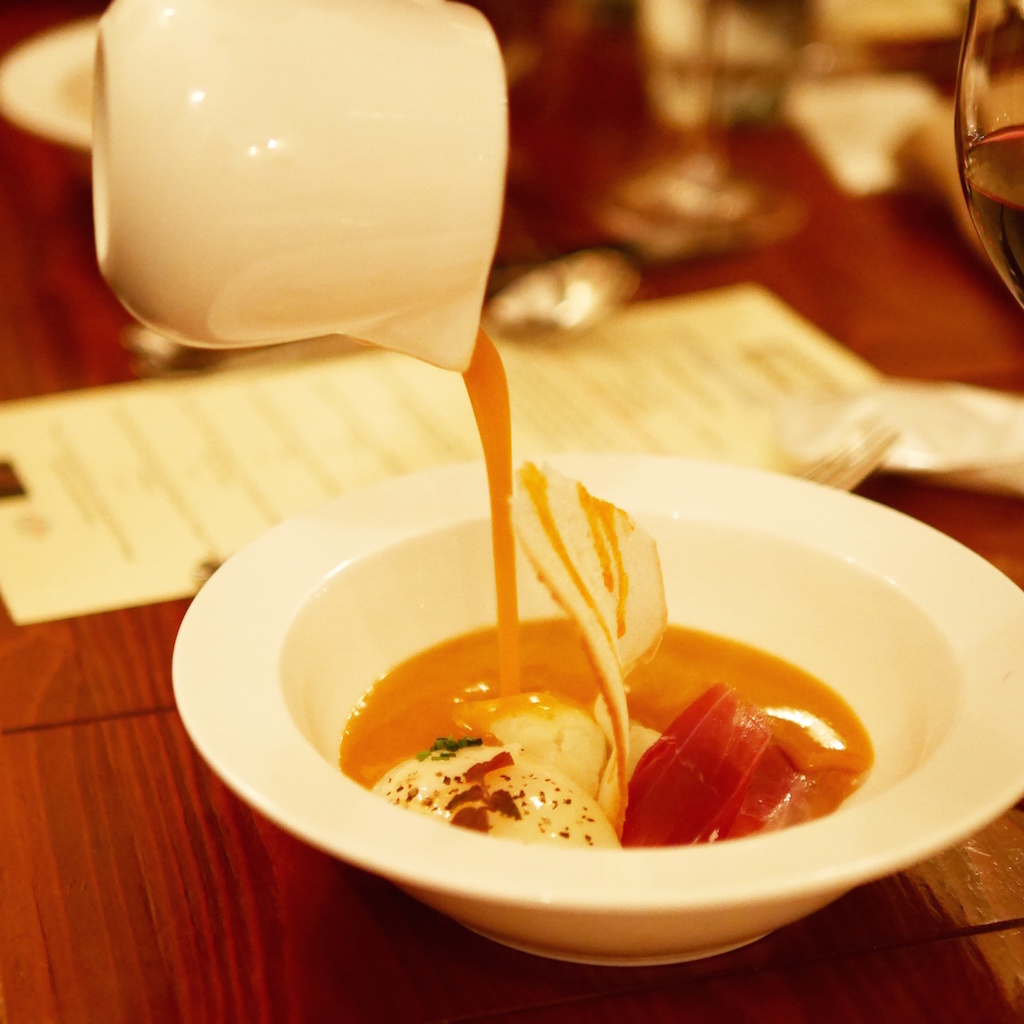 The roasted red peppers "Zorongolla" salad with Iberico presa also left a pretty strong impression. The dish was less about being a salad, and more about the cooked presa meat, which apparently is the best and most expensive cut of the Iberico pig (between neck and shoulder). The meat was so soft, tender and juicy; it went very well with the soft roast peppers which must have been seasoned with a tad of cumin. 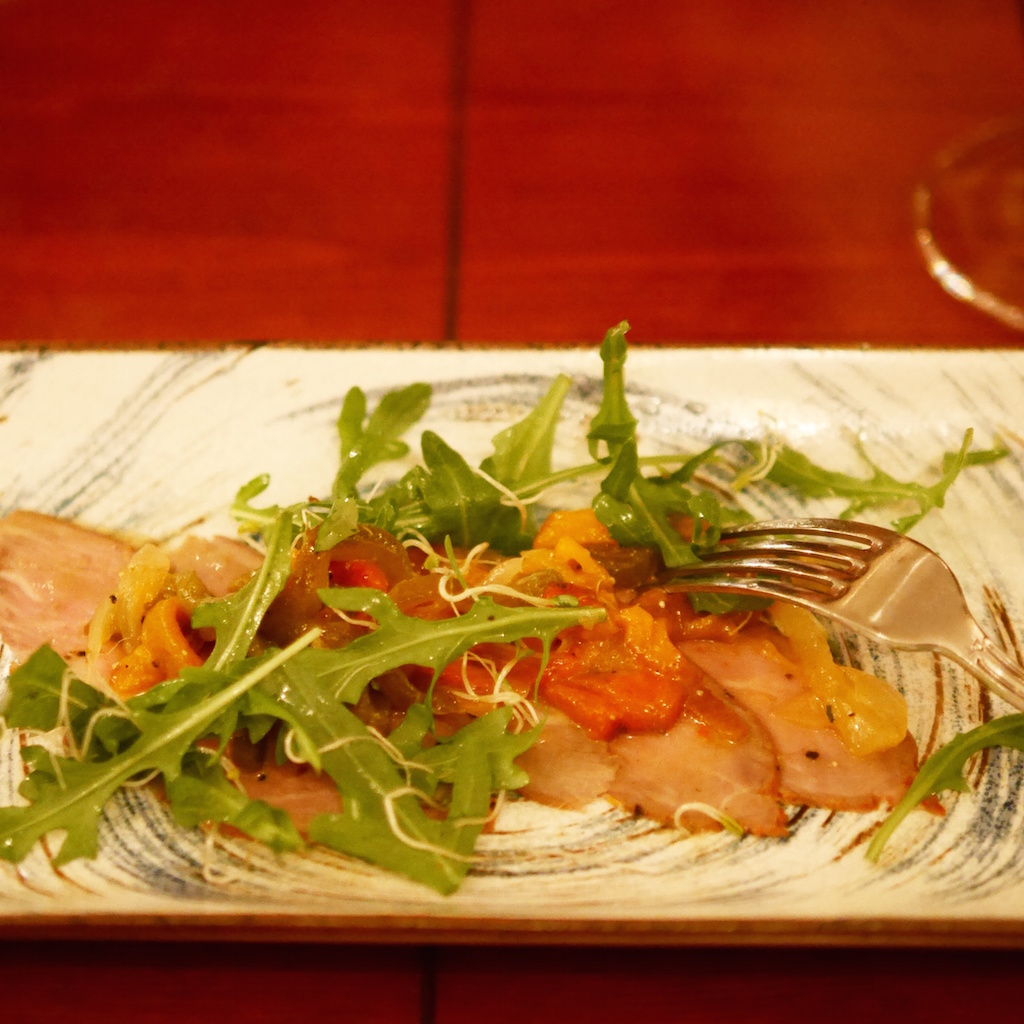 The disappointments were not detrimental though, as the roasted suckling pig quickly won my heart over towards the end of the meal. The quality of the meat was excellent and had a perfect proportion of crispy skin, collagen and meat! 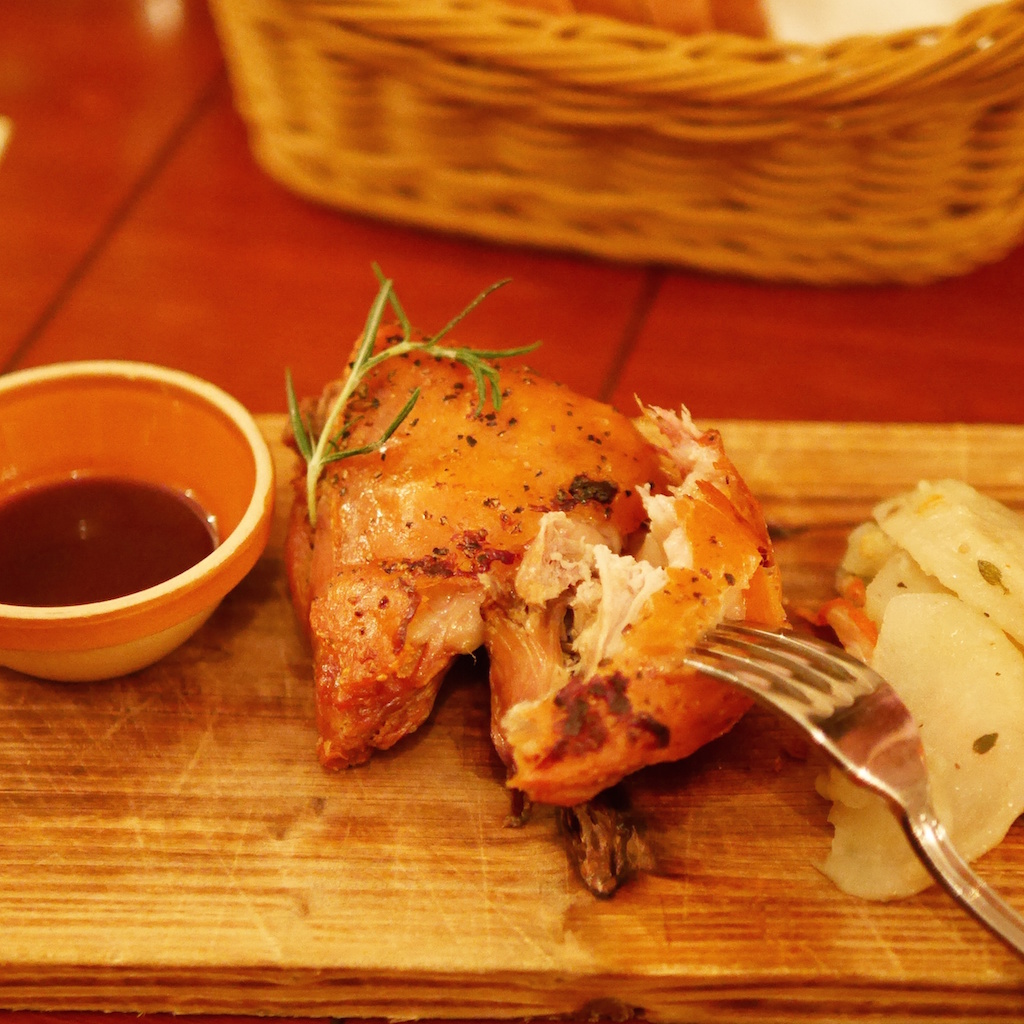 Desserts: Must Order This!

Despite having ploughed through 5 tapas dishes and 5 main courses, I completely cleared the caramelised brioche in orange and lavender vanilla sauce. The brioche had an excellently soft and moist texture on the inside, while the edges were a little crispy like French toast. The sauce was interesting in the most positive way possible. Orange and lavender doesn't sound like a pleasant combo to put in your mouth, but the very mild hints of these tastes gave the dish a refreshing and unique taste. I'd highly recommend this! 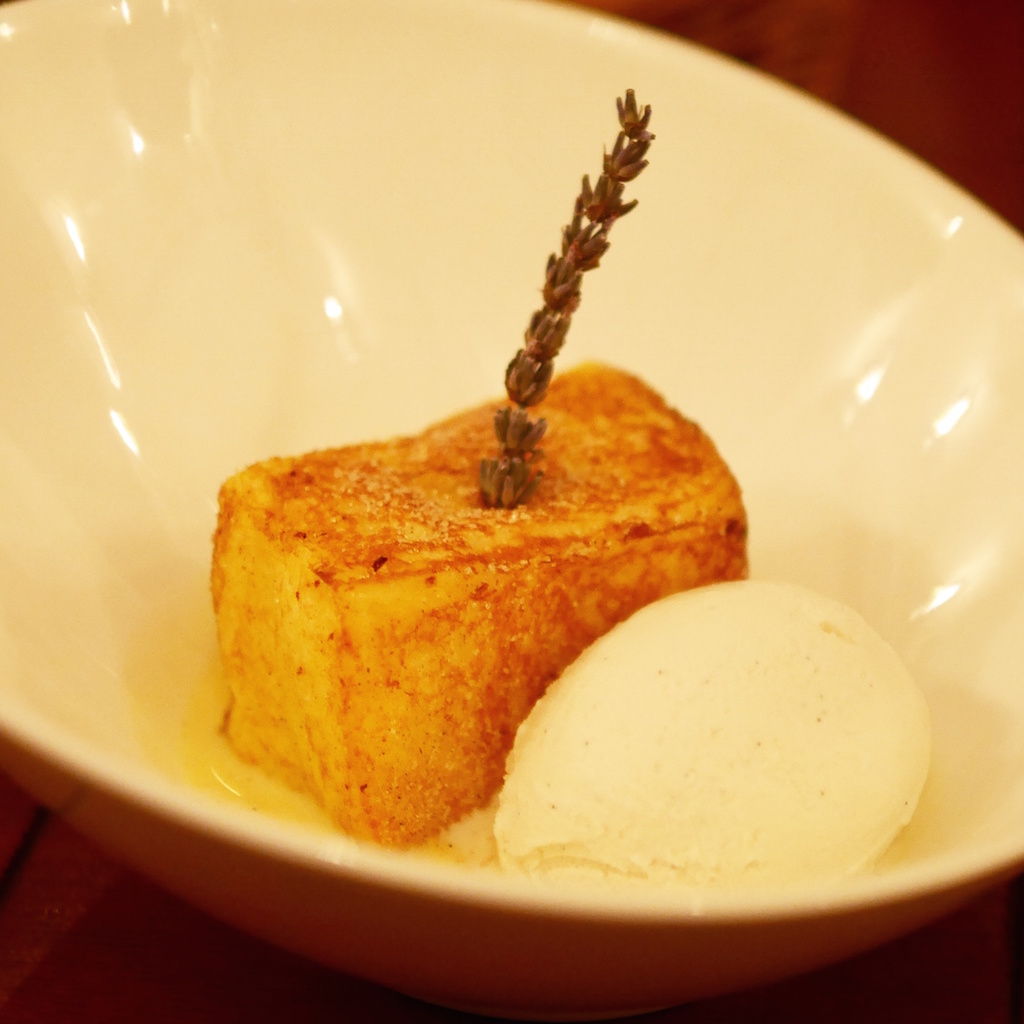 Caramelised brioche in orange and lavender vanilla sauce (must order)

Great for Authentic Spanish Food with a Comfortable Ambience

There are many excellent dishes served at Rustico and in general, my impression was that there's a lot of country style and authenticity to the food served. There are several dishes I'd recommend, such as the salad with Iberico presa and dessert. For those with strong taste buds, the garlic soup is a must!

All in all, it's worth the trek if you're looking for some real Spanish food!