5 Tips to Eat the Best Gelato Anywhere in the World

Ah, gelato. The word itself conjures up fond memories and mental images of this glorious summertime (or anytime, to be honest) treat. And while gelato is available in Hong Kong, we simply couldn’t pass up the opportunity to sample some gelato (ahem, multiple times) in its official homeland: Italy. Instead of visiting famous cities such as Rome, Milan or Florence, we headed to Mantua, a small city in the north of Italy that is the Cultural Capital of Italy 2016. It was with a backdrop of cobblestone streets and beautiful churches and palaces that we began our gelato-sampling session.

We popped into La maison du chocolat et (no, not the famous French chocolatier), a gelato and chocolate shop in the city centre of Mantua that serves up some of the best gelato in town. As we tried numerous flavours, we chatted with the shop’s owner about the process of making gelato and the characteristics of a quality gelato. Lo and behold, here are five tips to help you to eat some of the best gelato, anywhere in the world: 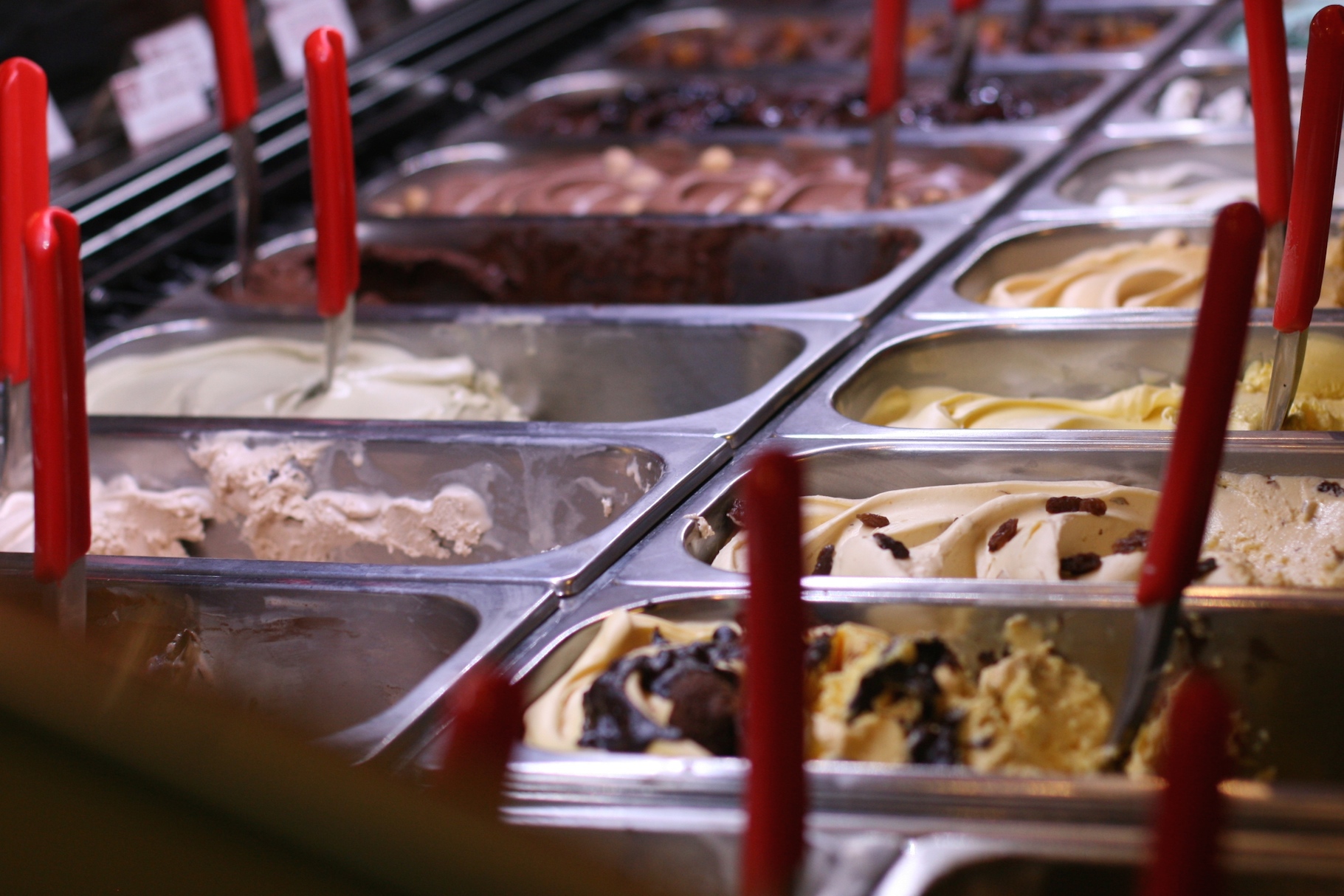 1. Look out for high quality. This seems like a given, but it takes a keen eye to tell the difference between top-quality gelato versus lower-calibre versions. If a lot of the colours seem ridiculously intense (bright green for pistachio or bright yellow for banana), it probably means that the gelato was churned with chemicals and artificial colours. Instead of relying on eye-catching colours, a good gelateria focuses on high-quality ingredients and innovative flavours to entice customers. Also, look out for translucency in the fruit-based flavours — that's when you know no dairy has been used, in order to allow the fruit flavours to shine. 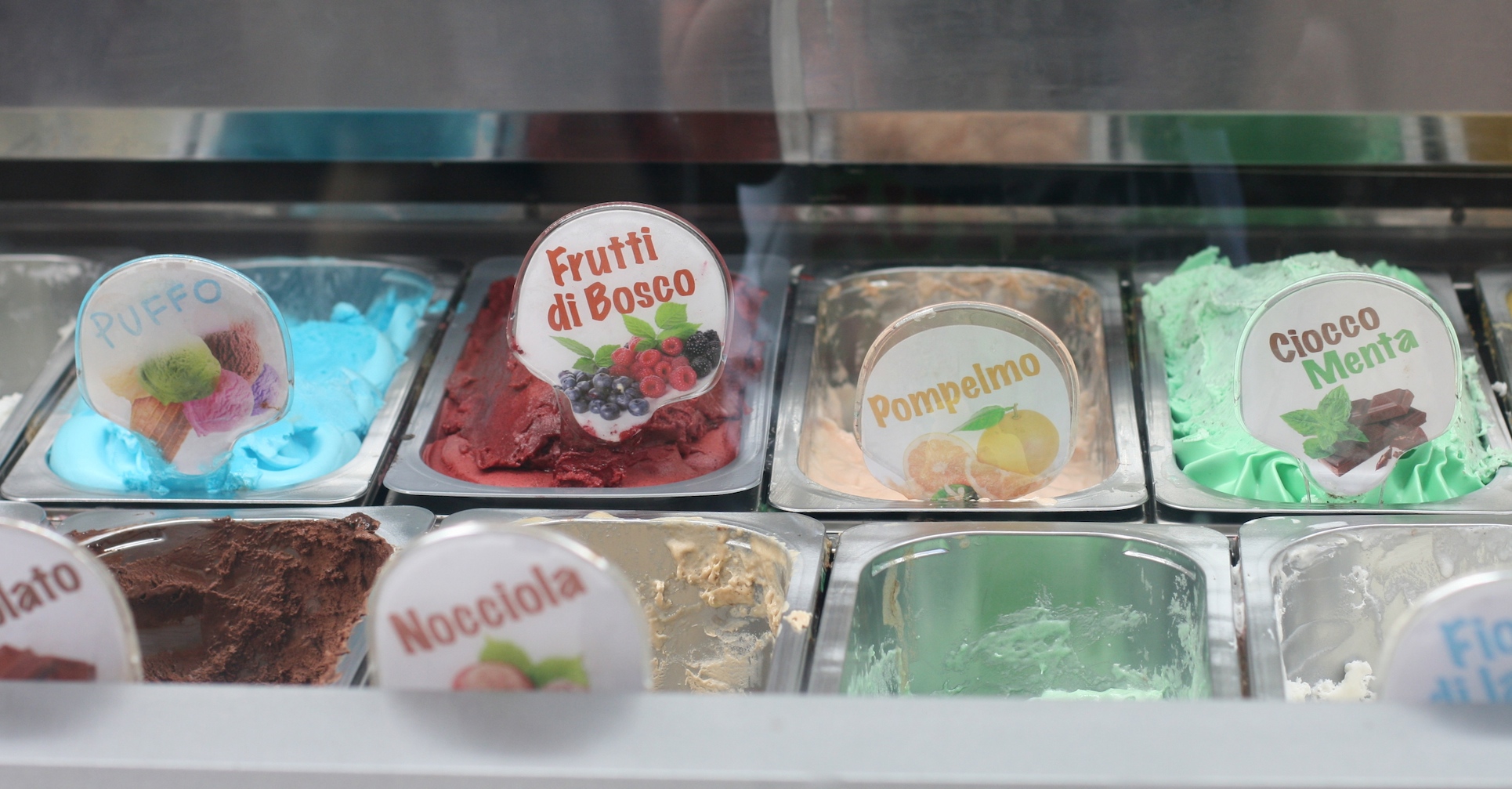 While we will excuse the puffo (smurf) flavour, the colours of ciocco menta (mint chocolate) and pompelmo (grapefruit) look unnaturally vibrant. The frutti di bosco (mixed berries) also lacks translucency, meaning dairy was used, though this may not necessarily be a bad thing in all cases.

2. Is the gelato made in house? Ms Maini Rossana, the owner of La maison du chocolat et, makes her ice cream fresh every single morning, opening her shop in the afternoon. Her gelateria has been open for eight years, yet we could still hear the delight in her voice as she talked about her job (despite not understanding Italian!). Her dedication to the process definitely translates into the gelato; there wasn’t one gelato that lacked in flavour and didn’t melt beautifully on the tongue. 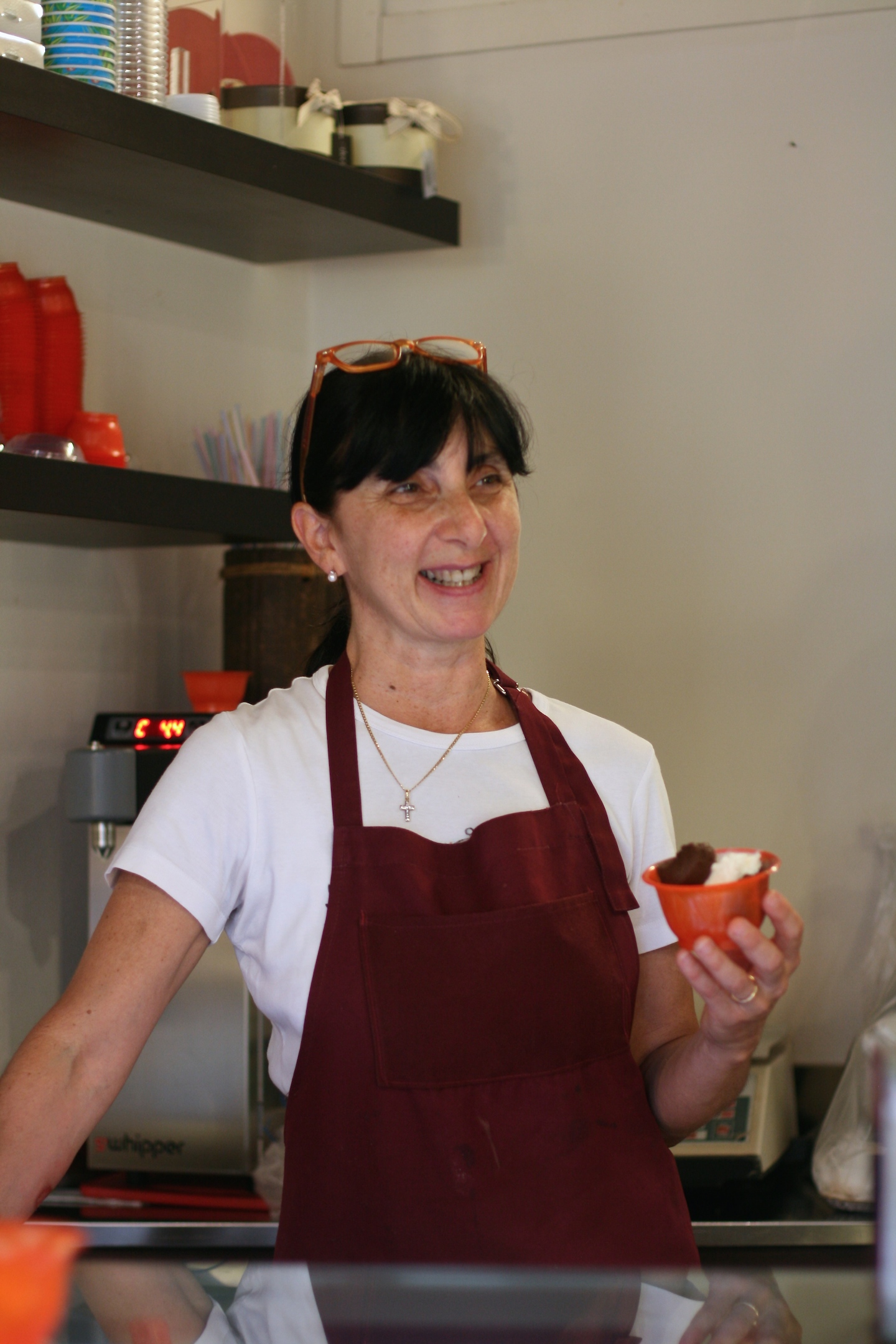 3. Ask about the ingredients. The staff should be happy to answer your questions; if they aren’t, they are either hiding something or don’t know enough about the gelato, in which case you should probably turn tail. Ms Rossana was happy to divulge her ingredients and their sources: she says she buys fresh cream and milk directly from farmers and imports chocolate from Africa for the highest quality. We watch her make the shop's dark chocolate gelato and are pleasantly surprised to learn that she uses only two ingredients, chocolate and water, for a simple-is-beautiful flavour that is not clouded by other ingredients. 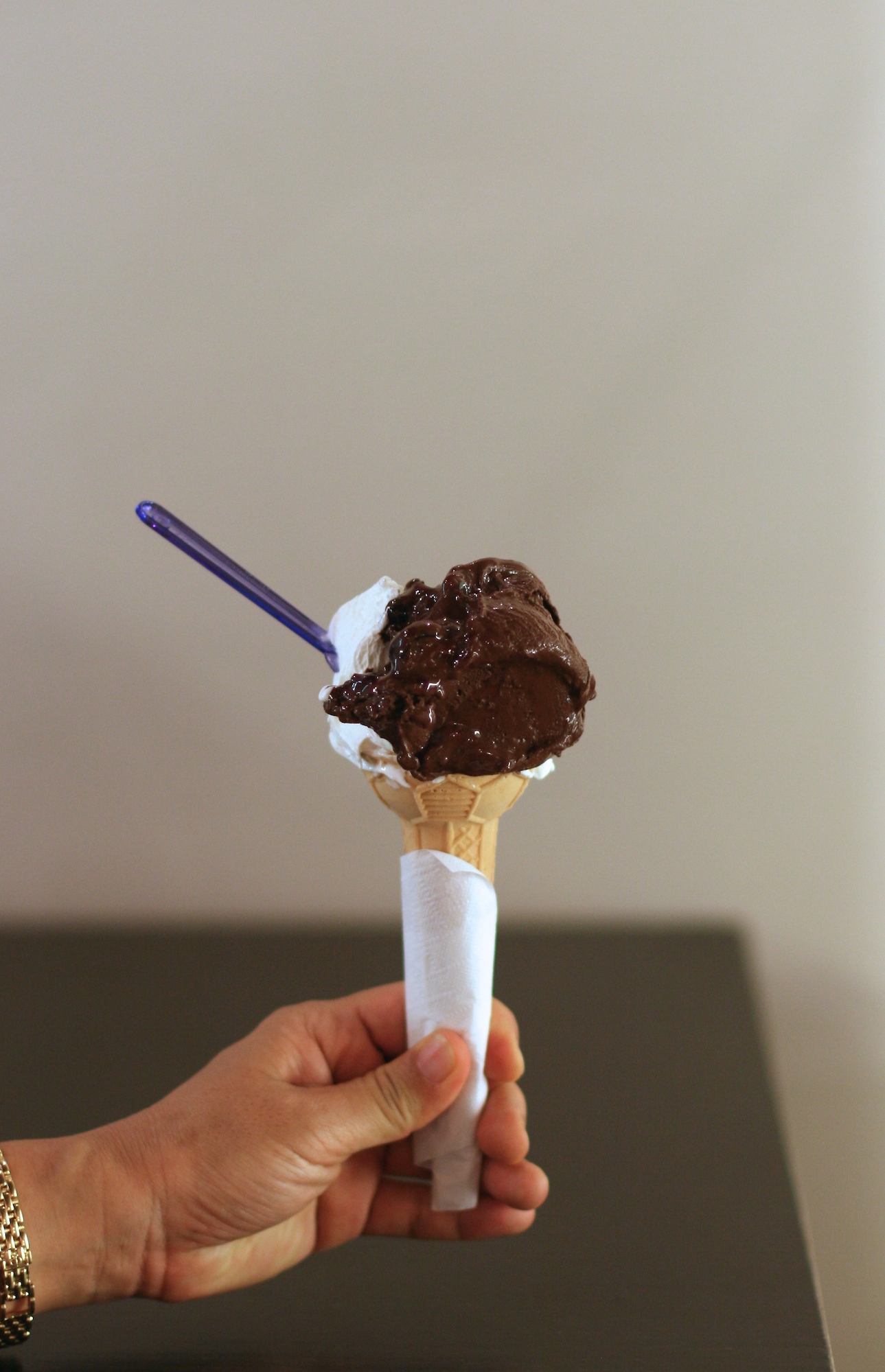 4. Keep an eye out for seasonal flavours. Many gelaterias offer popular fruit flavours like strawberry and lemon year-round, but if you see something special like nectarine or fig, it’s worth trying, as they are usually made with fresh and local ingredients that result in an impressive, distinctive taste. However, if you see 'seasonal' flavours that are suspicious, such as peach during winter, it’s probably a sign that the shop is using artificial flavourings.

5. If there’s fior di latte, try it. When trying out a new ice cream shop, I personally always go for vanilla or chocolate, as it is my belief that a good ice cream parlour should be able to nail the classics – no excuses. In the gelato world, fior di latte is the Italian counterpart of vanilla ice cream, but it's even simpler: it’s just milk ice cream, unadorned because it doesn’t have to be. The best gelaterias, especially in Italy, should offer a sensational fior di latte, because their ingredients simply deliver. One taste at La maison du chocolat et and we were hooked: the milk flavour shone through and needed no accompaniment (though another scoop wouldn’t have hurt). 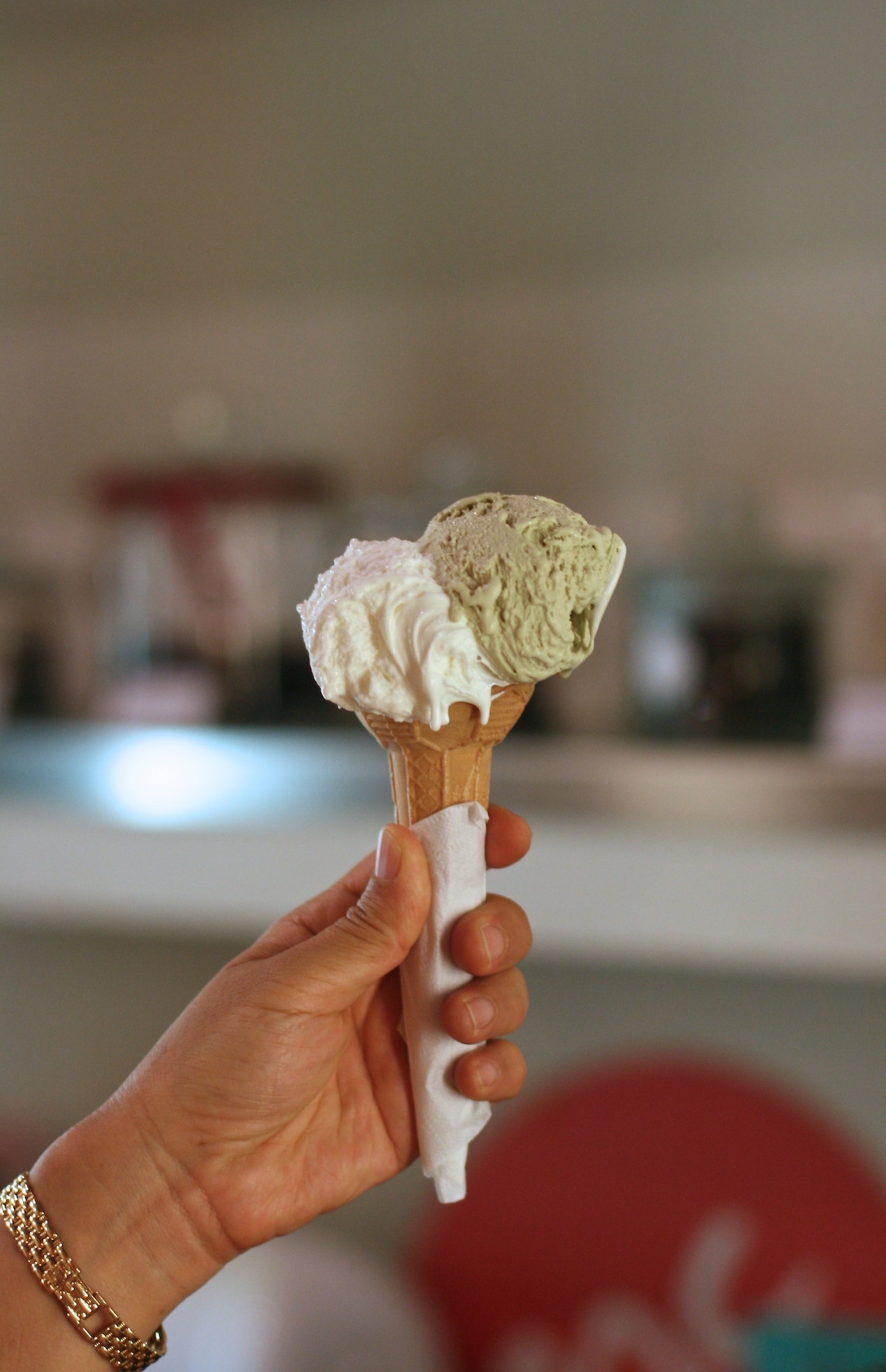