Looking for American BBQ in Singapore? Meat Smith is the Answer

Not recommended for vegetarians...

It's always a treat to walk into a restaurant where you know exactly what you're getting just from reading the signboard.  Meat Smith, the "Full Metal Smokehouse", is the second BBQ concept in Singapore by hotelier/restauranteur Loh Lik Peng. Whereas its sister restaurant, Burnt Ends focuses on an Australian BBQ concept, Meat Smith prides itself on American-style smoked meats with tinges of Asian flavor.

Looking for authenticity, Loh purchased custom meat smokers from the United States and brought American chef Andrew Baldus to helm this new concept in Singapore. Baldus brings a wealth of experience in restaurants, from Mediterranean and French, to a Japanese ramen shop.  However, it's Meat Smith that brings him back to his American roots, and the food clearly shows his expertise.

With its close proximity to the Tanjong Pagar MRT exit, it's a great spot for a cocktail after work or a Friday night meal.  The 60-seater restaurant brings an industrial feel with dark gray walls and two beautiful community picnic-style tables.

While we didn't have the chance to try the barrel-aged cocktails ($20 SGD), we'll be sure to try one next time.  There were two draft beer selections, but we went for the Brew Dog Dead Pony Club ($9/$18), which paired well with the meal.

We kicked everything off with two orders of wings (2 for $5); one set of their original Alabama spice rub, and one of their buffiyaki style.  Both sets came out piping hot, straight from the fryer. The dry-rubbed wings had a tasty crunchy exterior accompanied with a garlic aioli. The buffiyaki wings offered a completely different flavor profile, offering a nice balance between the traditional spiciness of the Buffalo wing sauce, and the sweetness of the teriyaki. We would definitely come here regularly just to drink beers and eat wings.

In America, we often use the phrase, "go big, or go home", so we did.  We went with the meat platter ($135), which arrived with an insanely tender beef rib, a few slices of brisket, half a smoked chicken, and some pork ribs. A nice touch was the four small pickled garnishes to balance out the meaty, smoky goodness. All in all, the meat platter was quite delicious. Everything had this great tenderness smokiness to it.  The bark on the brisket and rib were unbelievably flavourful. Our only disappointment was that the chicken and brisket could have been more intense in taste–it felt like the marination process just didn't work as planned.  The highlight of the night was the Angus beef rib. It's no wonder that if you order the rib a la carte, it's $48. 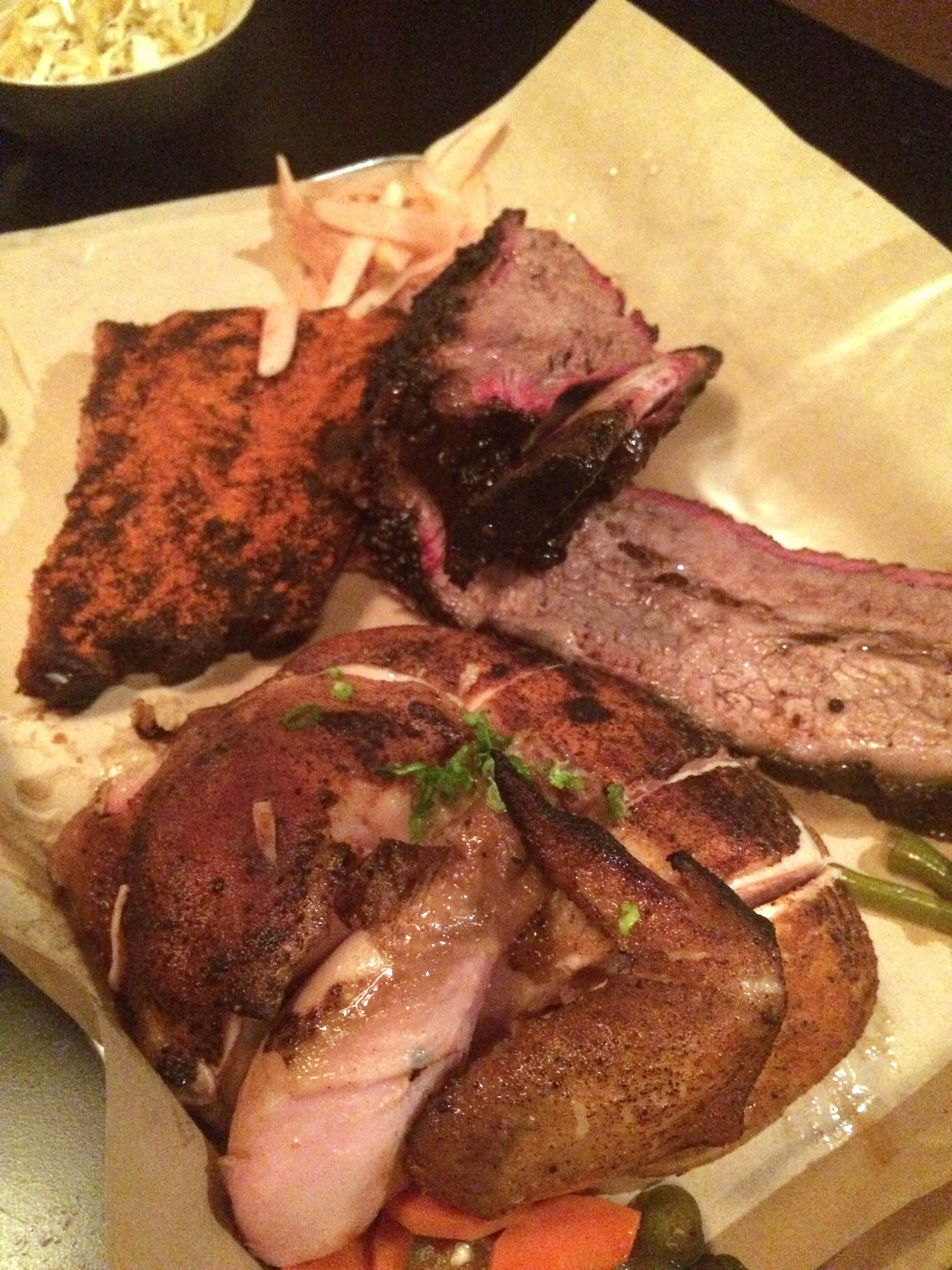 Included with the platter was two sides, and we went with the mac and cheese and som tum slaw.  The som tum slaw left something to be desired: too sweet, but neither spicy nor tangy enough to warrant its Thai inspiration. However, the mac and cheese was everything we wanted it to be: creamy, cheesy, crusted with a parmesan top, and delicious. 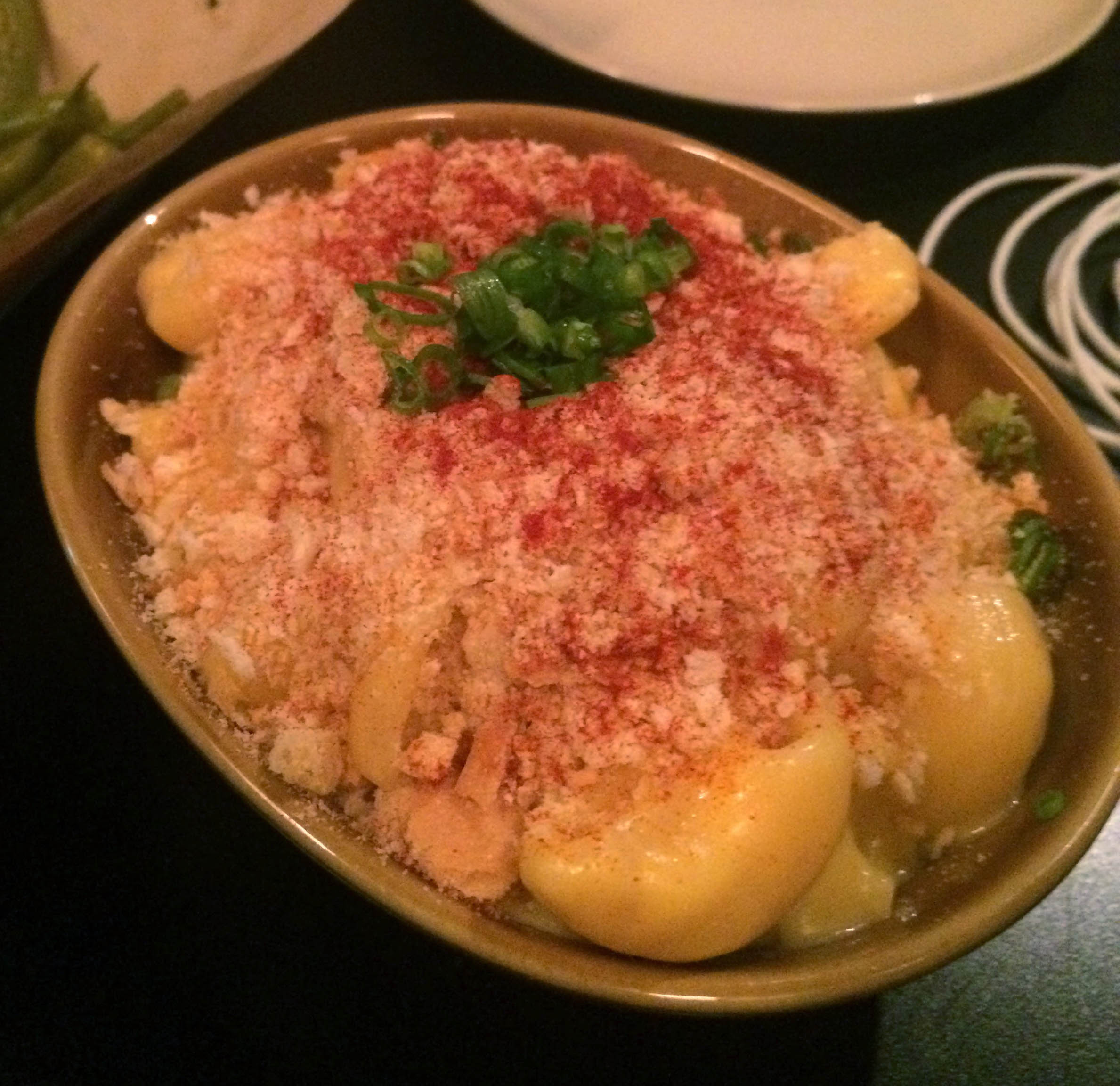 We decided to ensure we had something green on the table and ordered a daily specials, the broccoli salad.  It was a covered with some sort of honey-based dressing, with some sliced beets, and walnuts. Quite tasty, for a place that specialises in meat. 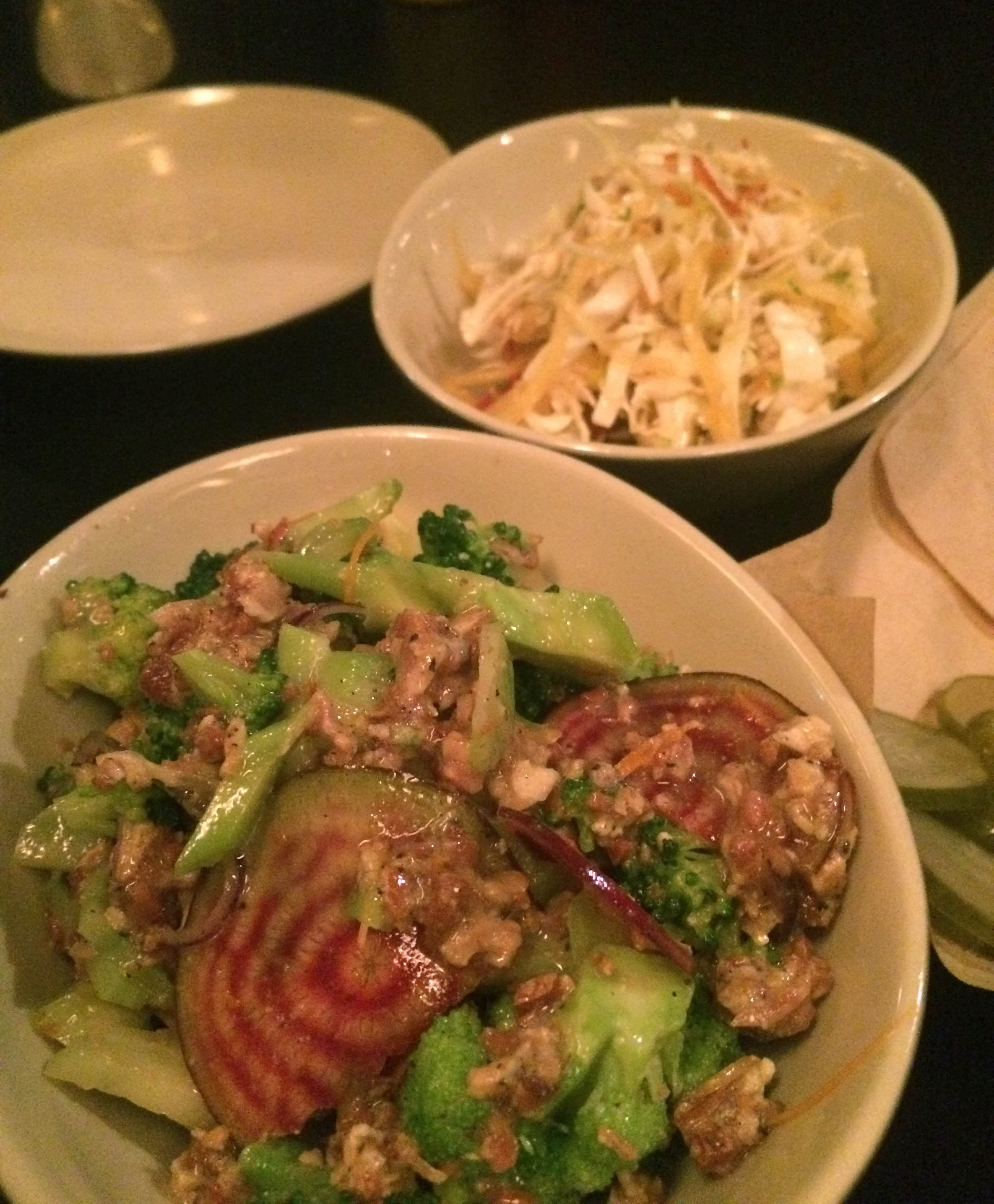 Unfortunately, we were too full to have the cobbler and smoked ice cream ($9) for dessert and had to call it a night.

Meat Smith was a tasty, no-regret experience for us.  Although a bit on the pricey side, this could be some of the best American BBQ in Asia.