A Primer on Nikkei Cuisine with Chef Mitsuharu Tsumura

The fusion of Peruvian and Japanese flavours by Chef Mitsuharu Tsumura

When we think about fusion cuisines, a number of great options come to mind. Wolfgang Puck is known as one of the pioneers of modern fusion cuisine by introducing French and Chinese cooking to create Chinois on Main, in Los Angeles in 1983. Moving to the present, one of the trendiest new fusions in recent years has been the combination of Korean flavours with Mexican food by Chef Roy Choi and his Kogi Food Truck in Los Angeles. Although California may seem to be the source of many of the innovations in joining cuisines, Peruvians have been keeping a great secret in Nikkei cuisine, the intersection of Japanese and Peruvian cooking. 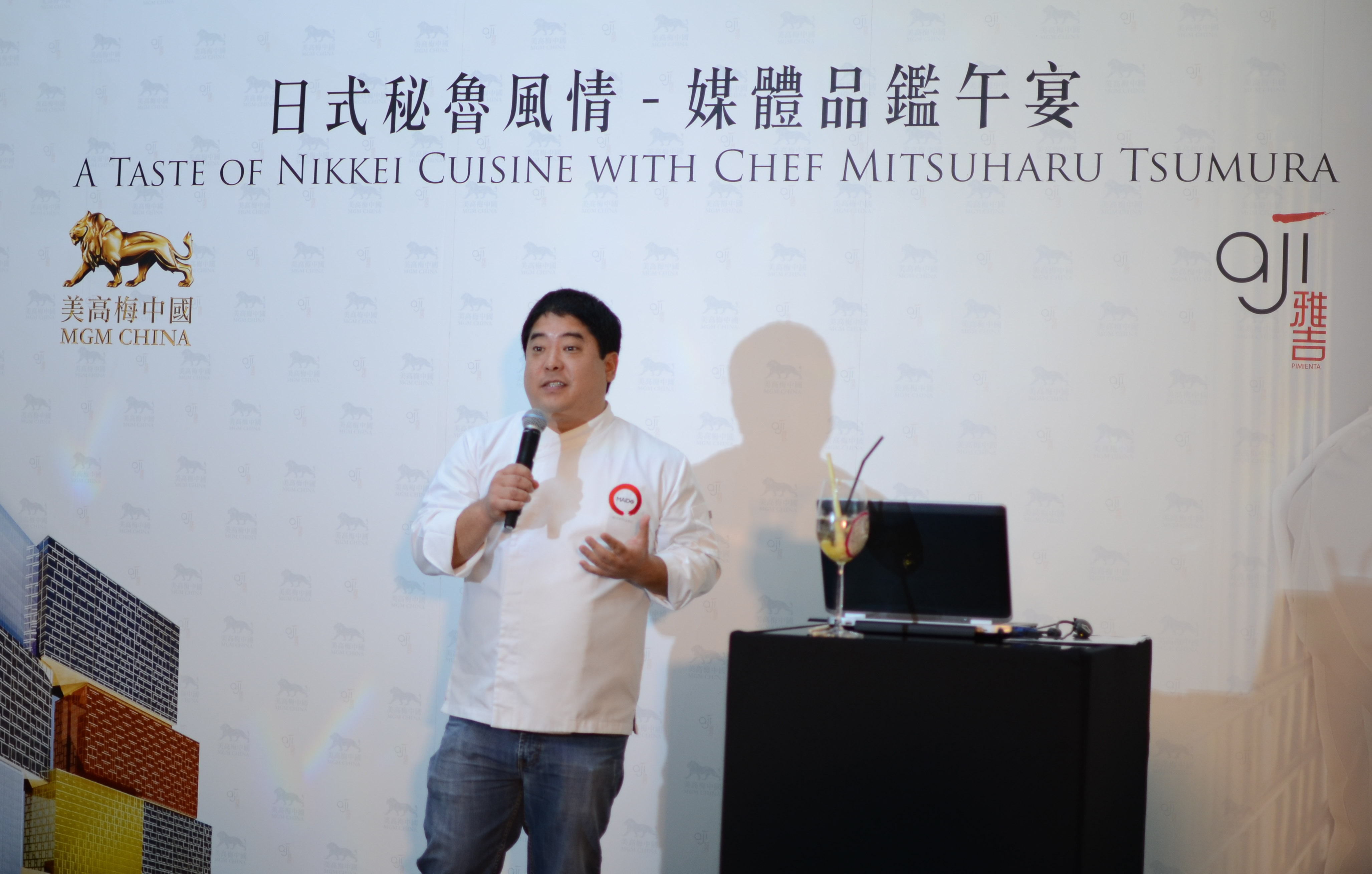 We were overly excited to head down to the MGM Macau for a special preview of their new restaurant, Aji, a Nikkei cuisine restaurant opening in late 2016. Featuring the talents of Chef Mitsuharu Tsumura, who currently runs Maido, (ranked #5 on The 50 Best Restaurants in Latin America), Aji is the first Nikkei cuisine restaurant to be opened in Macau and will feature a menu featuring both favourites from the Lima-based Maido and specially created dishes for the MGM Cotai-based restaurant. 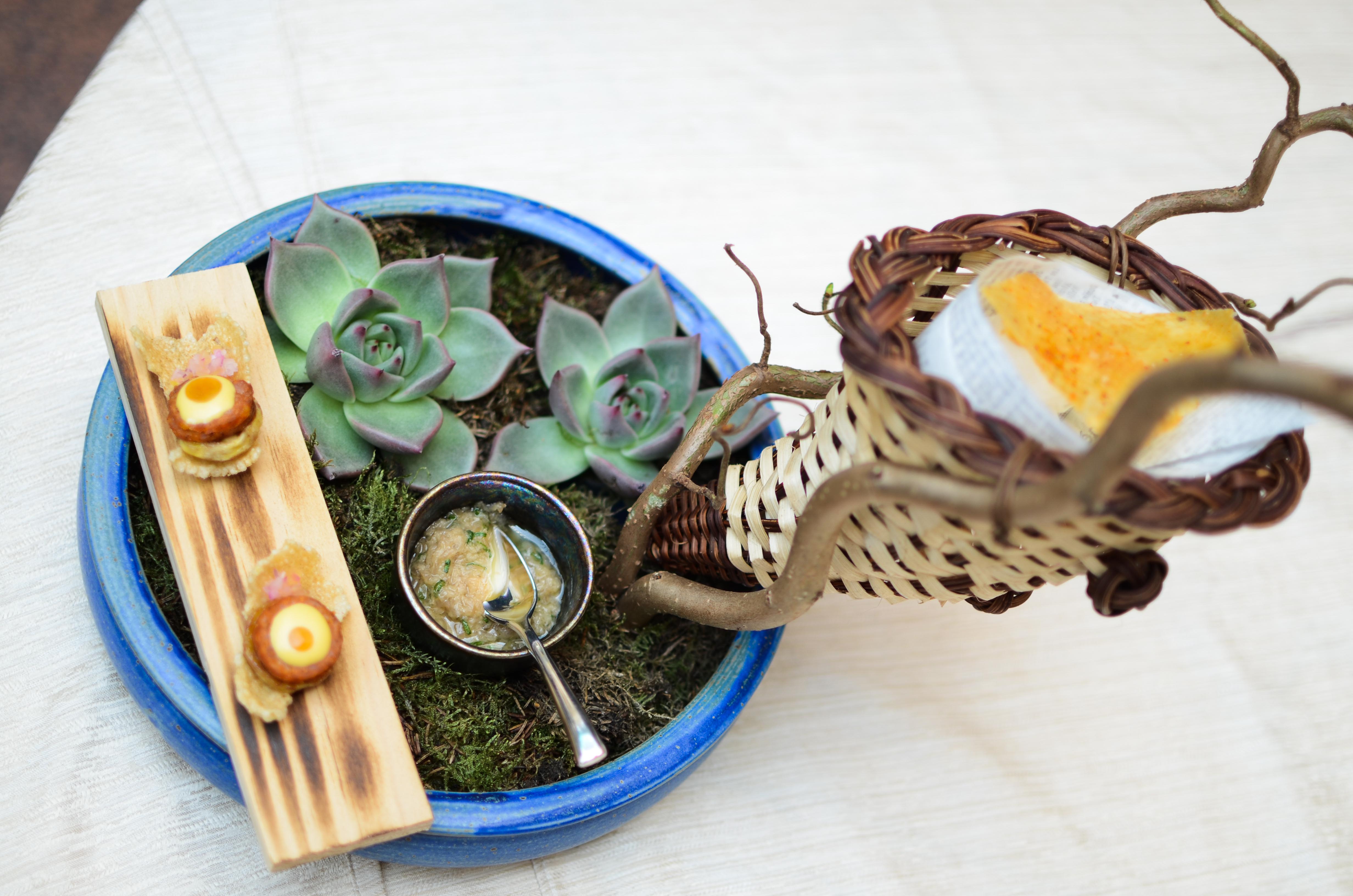 While traditional Peruvian cuisine has focused mainly on cooking with chicken and beef, when Japanese chefs arrived in Peru in the early 1900’s, they noticed a great amount of fresh seafood, shellfish, and seaweed being discarded as it did not fit into the Peruvian diet. As a cuisine, Nikkei has officially been in existence for approximately 60 years, and features many traditional Japanese dishes and cooking preparations infused with Peruvian spices and the amazing biodiversity of the Amazon region. 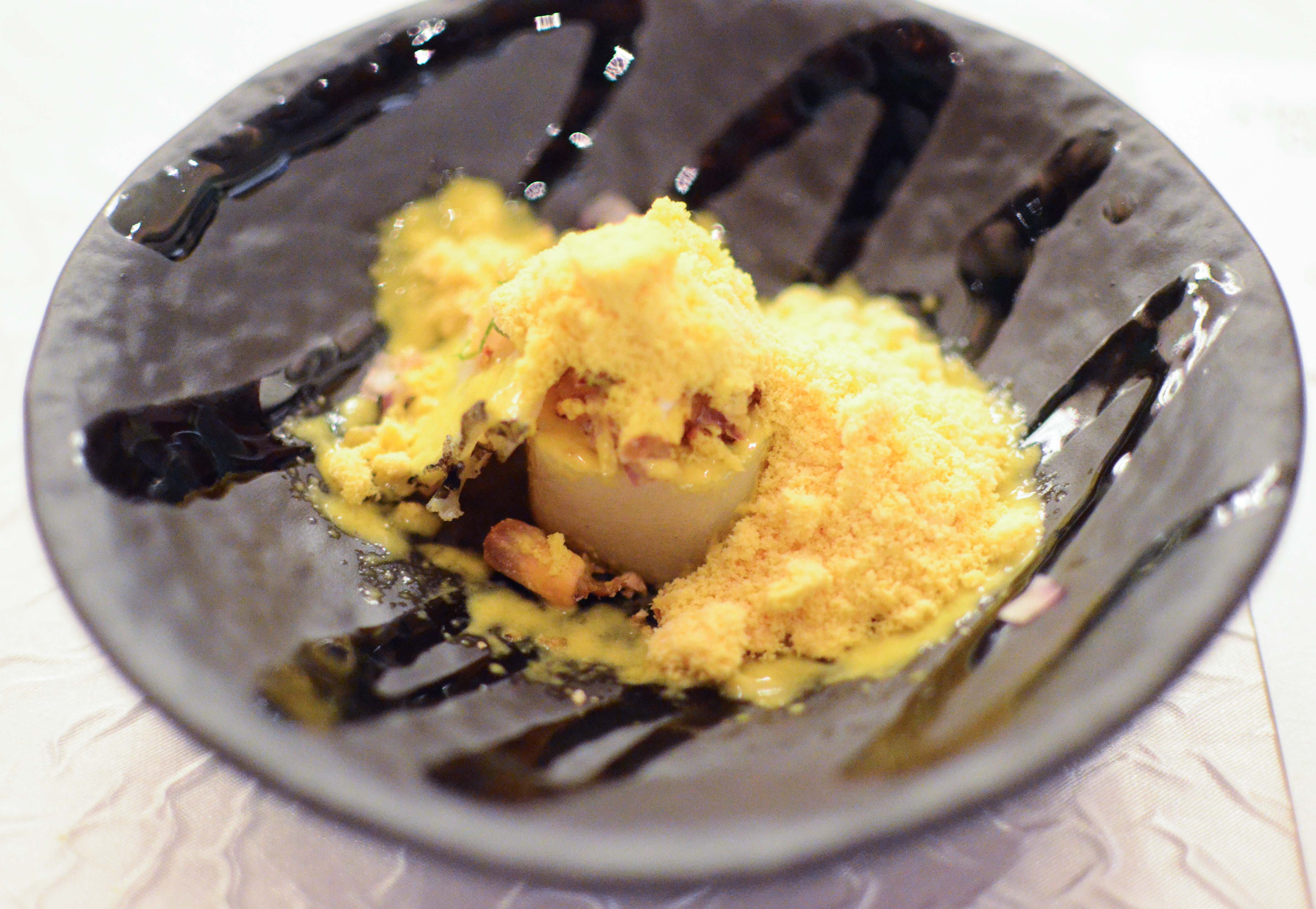 The most prolific dish of this cuisine is ceviche, and when prepared in the Nikkei style, it features sliced raw seafood that's fresh (traditionally cubed), the Peruvian chilli aji, lime, soy sauce, and a number of garnishes to provide texture, which could include toasted corn, finely sliced vegetables, or even crumbled potato chips. The ceviche we sampled featured raw abalone, Chullpi corn, avocado and was covered with a yellow aji “leche de tigre” nitrogen-infused powder, which dissolved into a creamy, flavourful sauce as it hit the moisture of the ice-cold seafood. 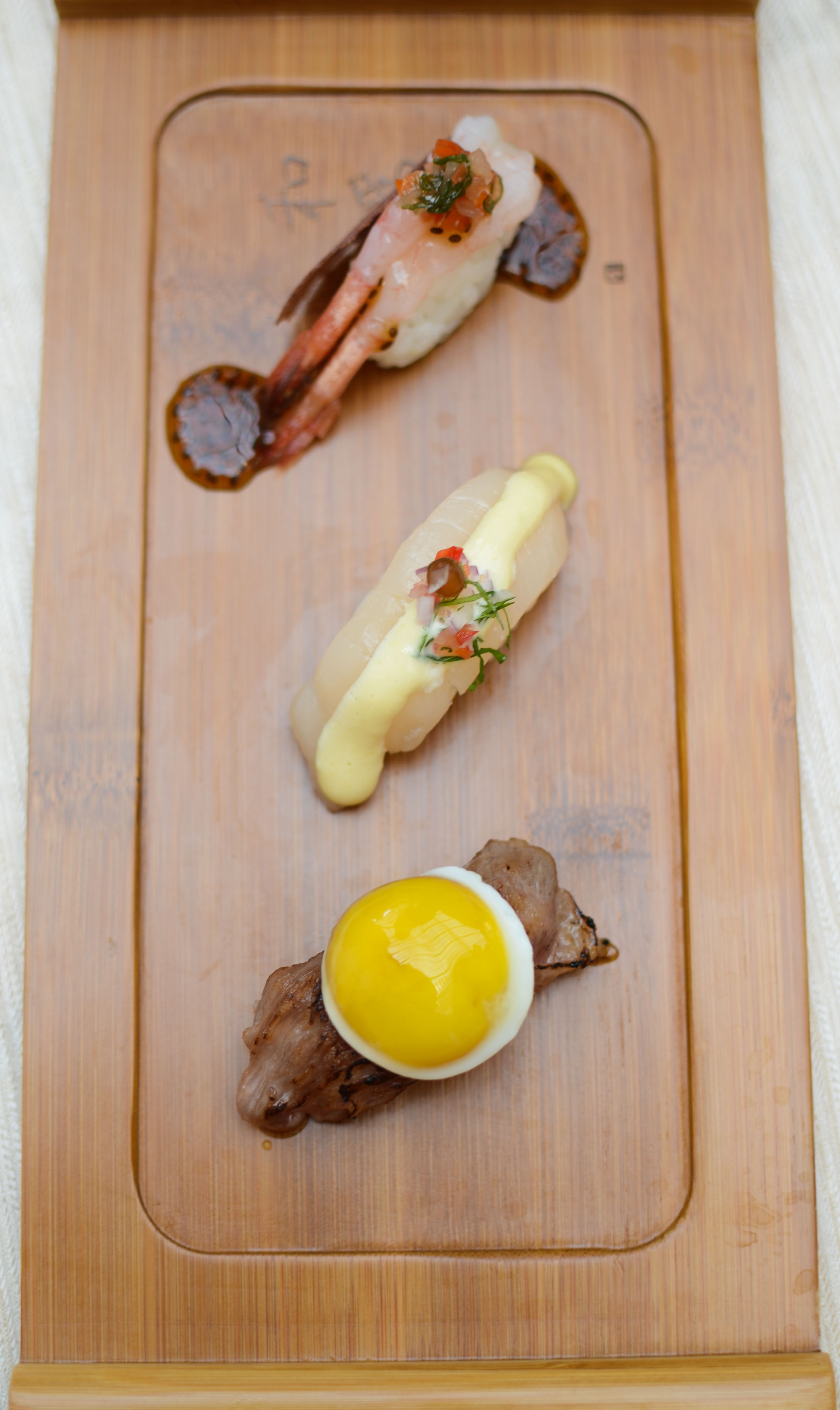 Other delicious creations of our meal included nigiri sushi offerings which featured sweet shrimp with a chia seed sauce, scallop with maca, and a steak and egg with ponzu sauce. Each piece was delicately made, and flavourful in a way that traditional Japanese sushi could not compare to.

The Nitsuke short rib is braised for 50 hours and served with an native Andean potato cream. It is like heaven in your mouth. The creaminess and richness of the potatoes, combined with the tender rib (which they served with a spoon as your only eating utensil), was an indescribable combination. 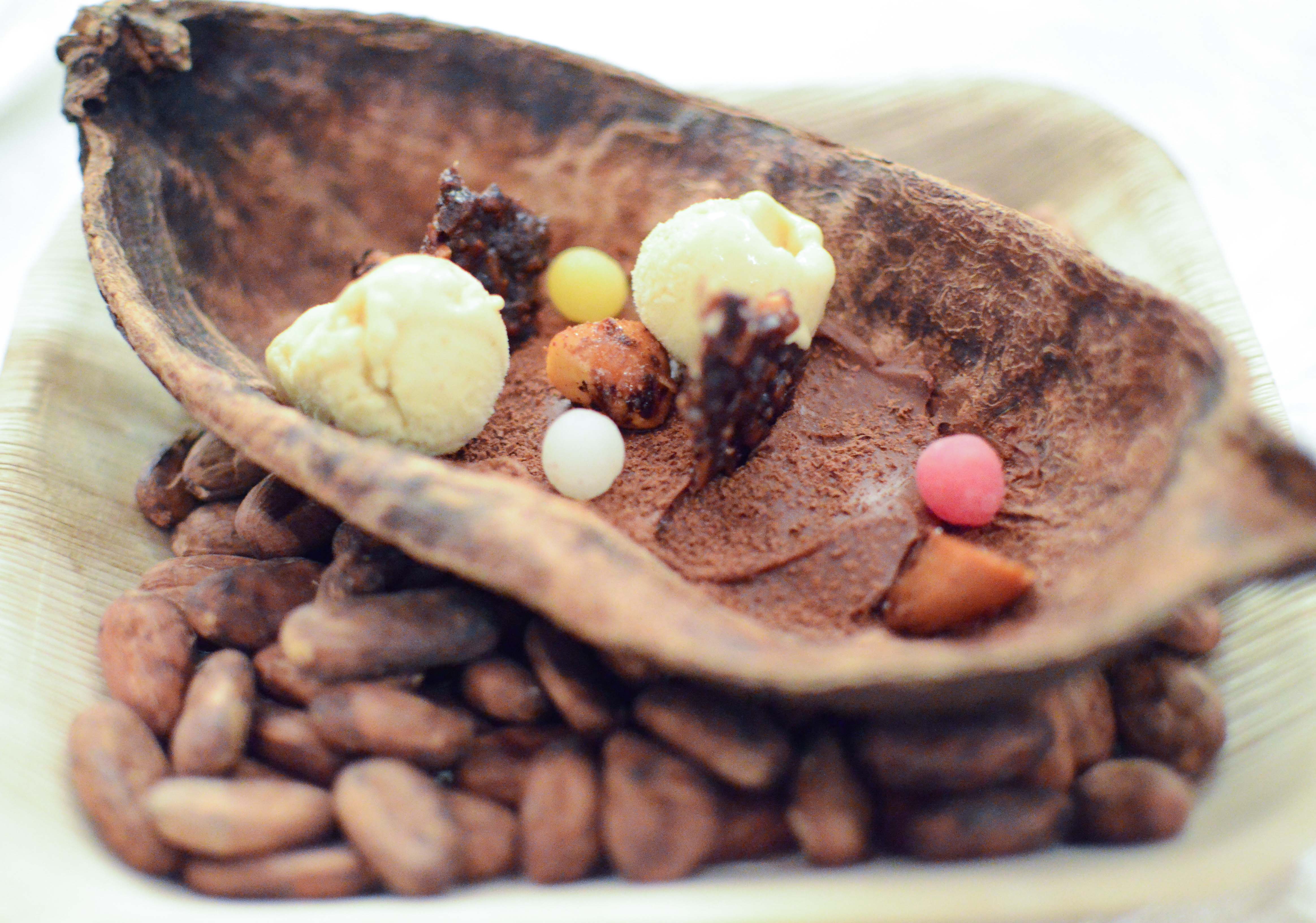 Chef Tsumura shared that the new restaurant Aji, which means chilli in Spanish, and flavour in Japanese, will focus on both high-quality ingredients and presentation, but will also have a strong emphasis on the dining experience. He also remarked that they will be looking into growing their own produce for use in the restaurant. After our incredible dining experience, we're eagerly anticipating a few concepts the chef shared with us, including a steamed bao with crispy fish, aji, and pickled onions, and a xiao long bao stuffed with lamb and pumpkin.

There’s still some time until we’ll get to experience what Aji will bring to Macau, but it’s one of the tables that is already high on our list for getting a reservation for next year.