Someone Risked Their Life For This Meal

When was the last time someone put their life at risk for you? If you’re like us, we can’t think of the last time that happened. That is, up until last week when we had the opportunity to dine at Casa Lisboa, to sample their new seafood platter, which included goose barnacles, or “percebes”.

The Portuguese delicacy, percebes, are found exclusively off the coast of Western Portugal, and a few other coastal regions in Western Europe. For their own protection, they grow in the intertidal zones where the ocean waves crash against the rocks and can only be collected at low tide, although even then, the larger waves will still cover them. The courageous “percebeiros”, who harvest the highly-prized percebes, use rope harness systems and specialised tools to scrape the percebes from their lodged positions on the rocky cliffs. 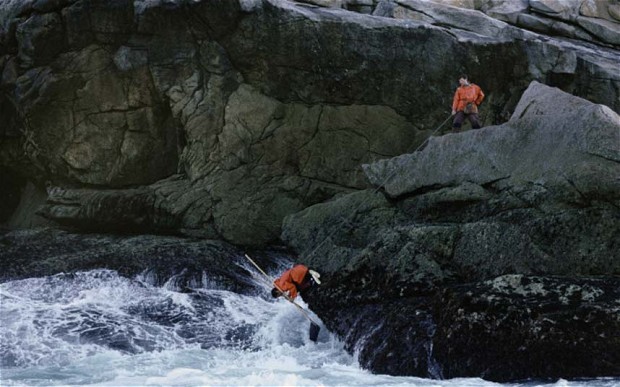 Taking these “life and limb” risks do not go unrewarded for these percebeiros. It’s common to find percebes selling in specialised seafood shops in central Europe for over 1,250 HKD per kilo. If you were to take a trip to the Portuguese Alentejo coast, you could buy them fresh from the local percebeiros for as little as 125 HKD to 160 HKD per kilo.

After doing our research, we were excited to sample this delicacy at Casa Lisboa, right here in Lan Kwai Fong. The featured percebes come as part of a new traditional Portuguese seafood platter, prepared by Executive Chef Edgar Alves, and include six varieties of seafood sourced directly from Portugal. The hearty platters are paired with a Portuguese Vinho Verde or “green wine”, whose acidic, fresh flavour profile complemented the fresh crustaceans well. 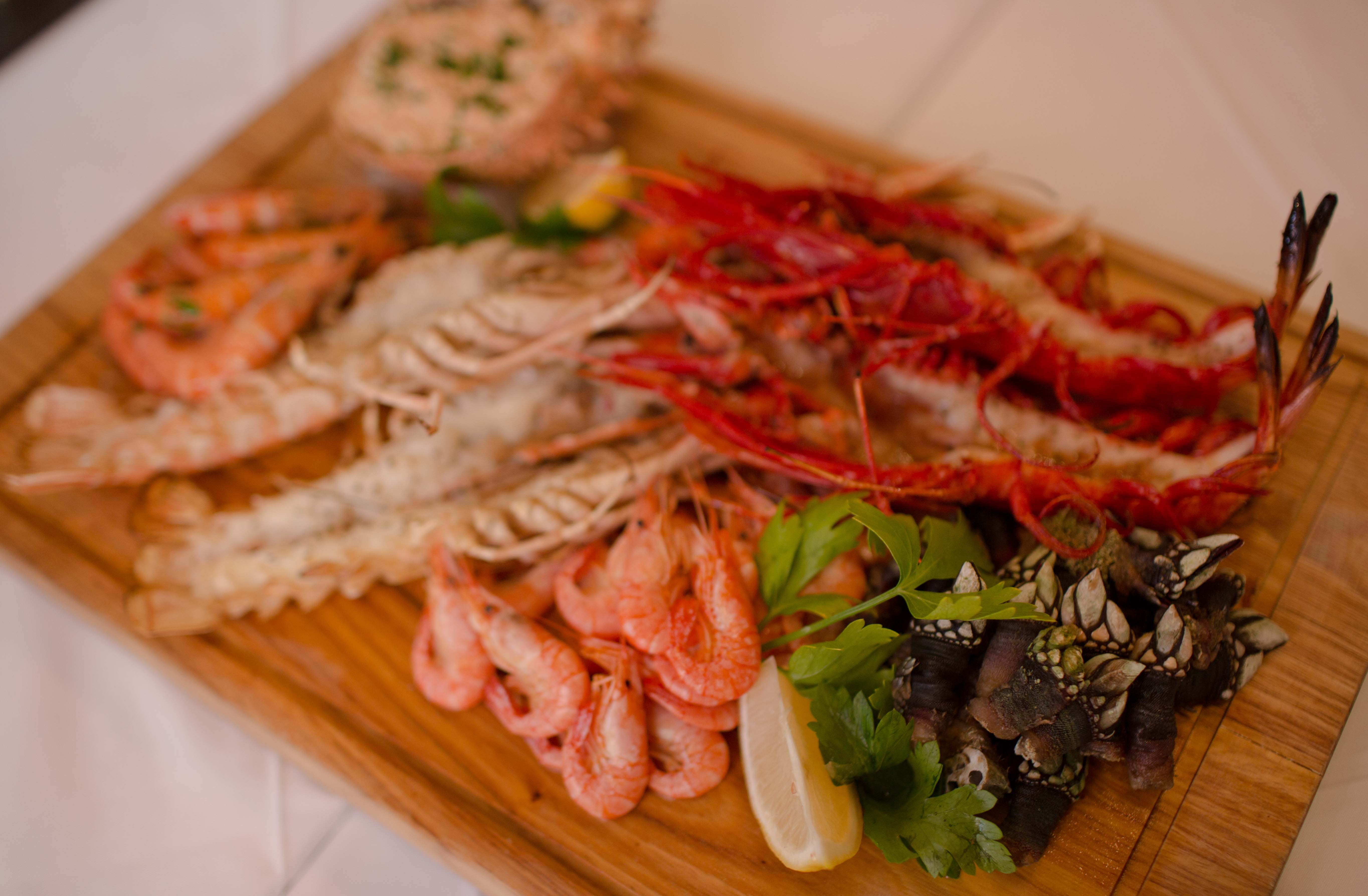 Our colourful platter arrived with four varieties / sizes of shrimp, ranging from small boiled tiger shrimp (camarao quisquilla), to a large scampi (cigars), which was grilled with olive oil and boasted a tender white meat in its long Y-shaped claws.

The Portuguese spider crab (santola), was prepared into a delicious, creamy crab dip that we enjoyed with slices of homemade melba toast.

Because of its strong flavour, we were instructed to leave the percebes until the conclusion of our meal. The percebes are traditionally prepared by boiling them in salt water which brings out their ocean-like flavours. To get to the flesh of the percebes, you must tear the rocky “paw-like” shell away from the rubbery black “neck”. This reveals a small piece of flesh, which reminded us of escargot. There is a strong pungent, briny odour to the juice inside the percebes and we were thankful for the moist towelettes provided with the platter. Although the tender meat is briny, a bit sweet and has a mineral-like quality, it does seem like something that would be an acquired taste.

As people who like to eat, we are always up for trying something new, and this definitely hit the mark. For those of you who are adventurous, we’d recommend giving it a shot. If you find yourself a bit squeamish for things that have a gamey, pungent flavour, you may want to stick to the crab dip.