The Butchers Club are known for their beef burgers, but it's all about the fried chicken sandwich at their new Kowloon branch in K11 Mall

The Butcher's Club has been busy this year, and they're closing it out with a bang with the opening of The Butcher's Club Burger at K11 in Tsim Sha Tsui. This is their first location on the Kowloon side of HK, and to kick things off right, they threw a huge Grand Opening Party on the night of December 4th with free beer, burgers, and live music for all. 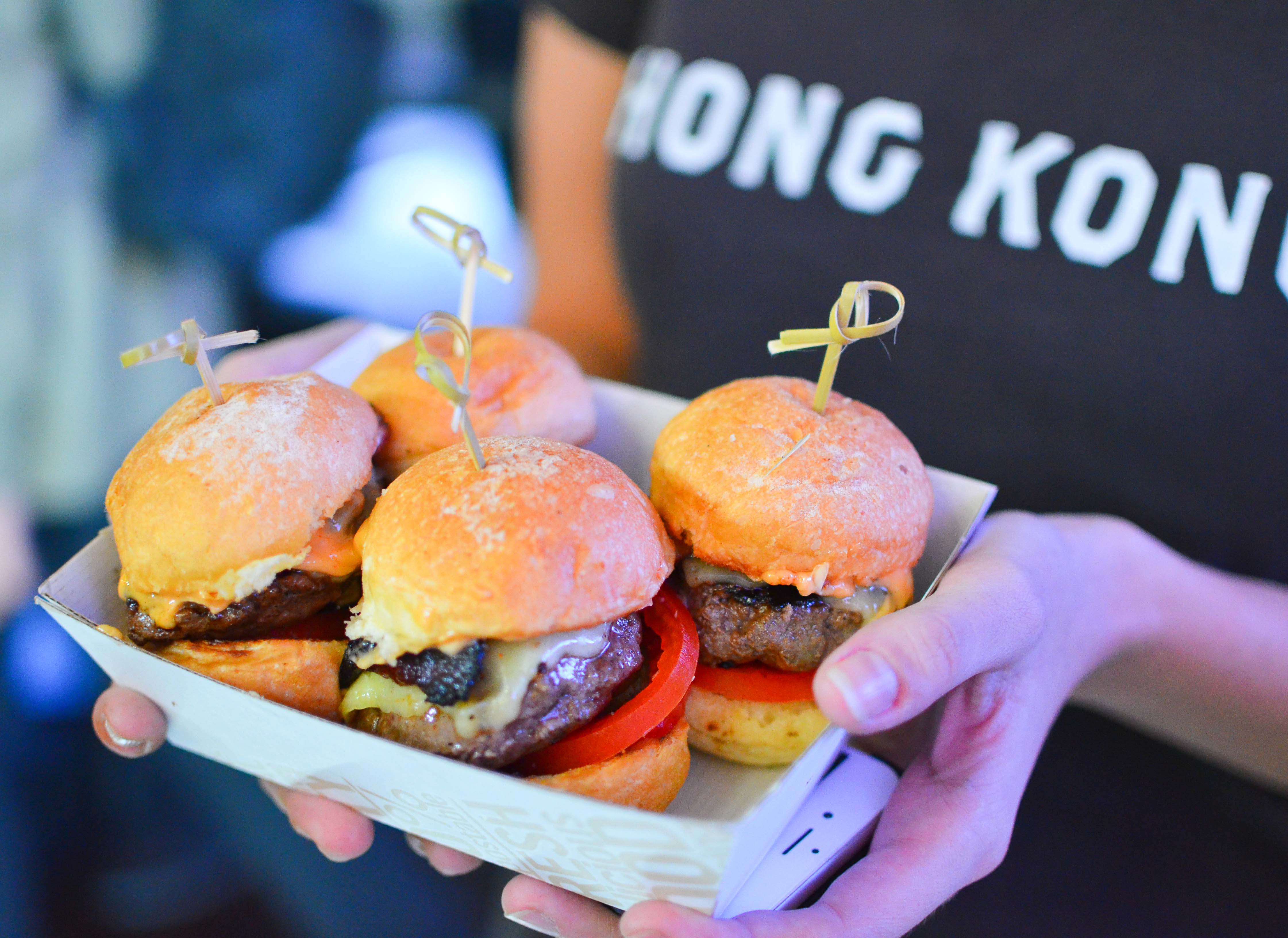 We came hungry, and were treated to a carton of delicious sliders to get things going. With a bit of cheese, special sauce, tomato, and pickle, this was a nice snack with our beer before we had a chance to grab a seat and check out their new location-specific offering, The Gambler (more on that to come). 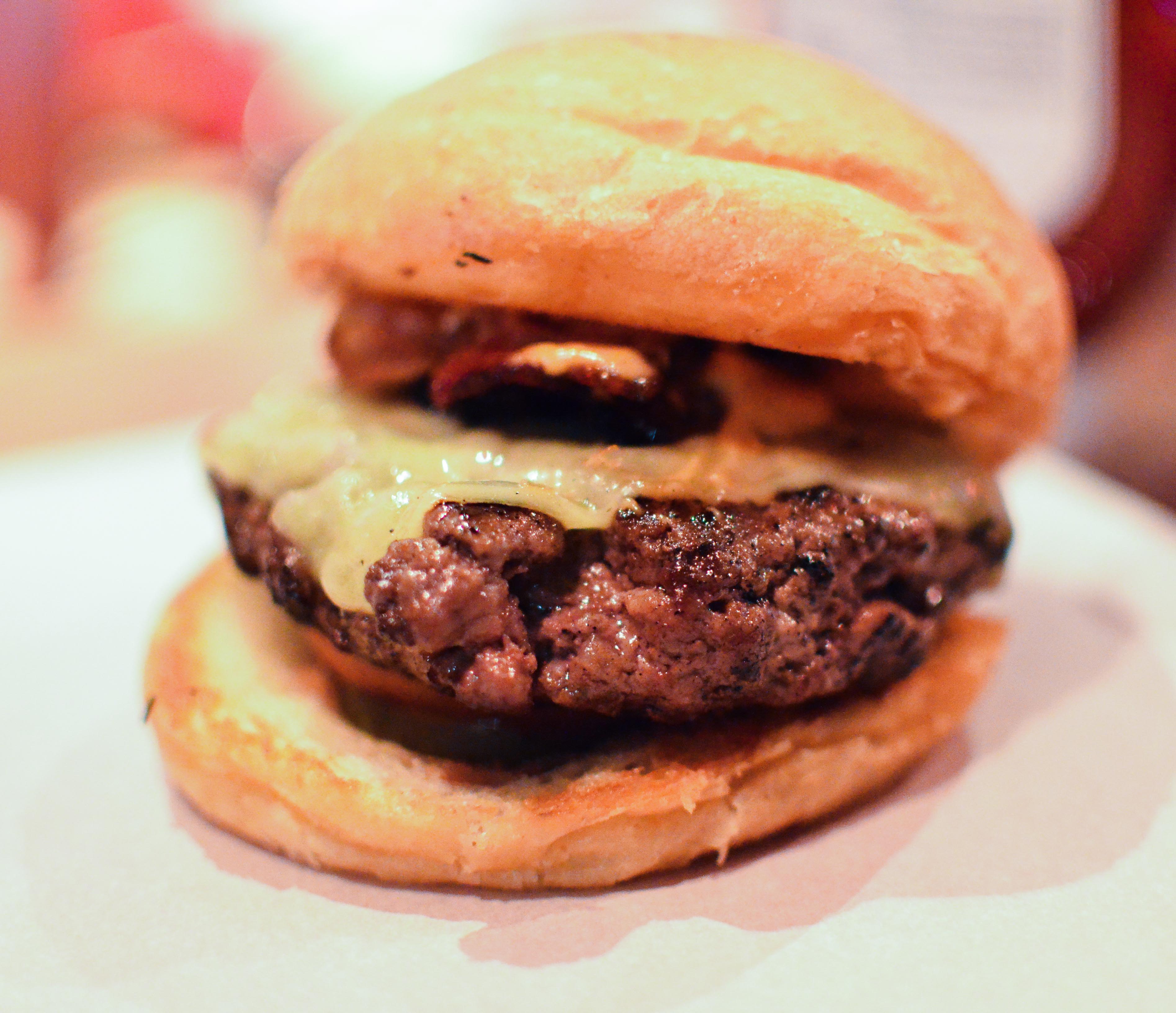 It wouldn't be the Butcher's Club without their signature burger, and our group chowed that down in a hot second. A thick, juicy patty, with cheese, bacon, tomato, onion, and special sauce, their burger continues to impress.

We had heard that the kitchen had been testing a fried chicken sandwich, and that's what we were excited to check out. Named The Gambler, after a country song written by Kenny Rogers (who also had a claim to fame through a chicken restaurant, Kenny Rogers' Roasters, and a subsequently hilarious Seinfeld episode), this buffalo-sauced chicken sandwich did not disappoint. 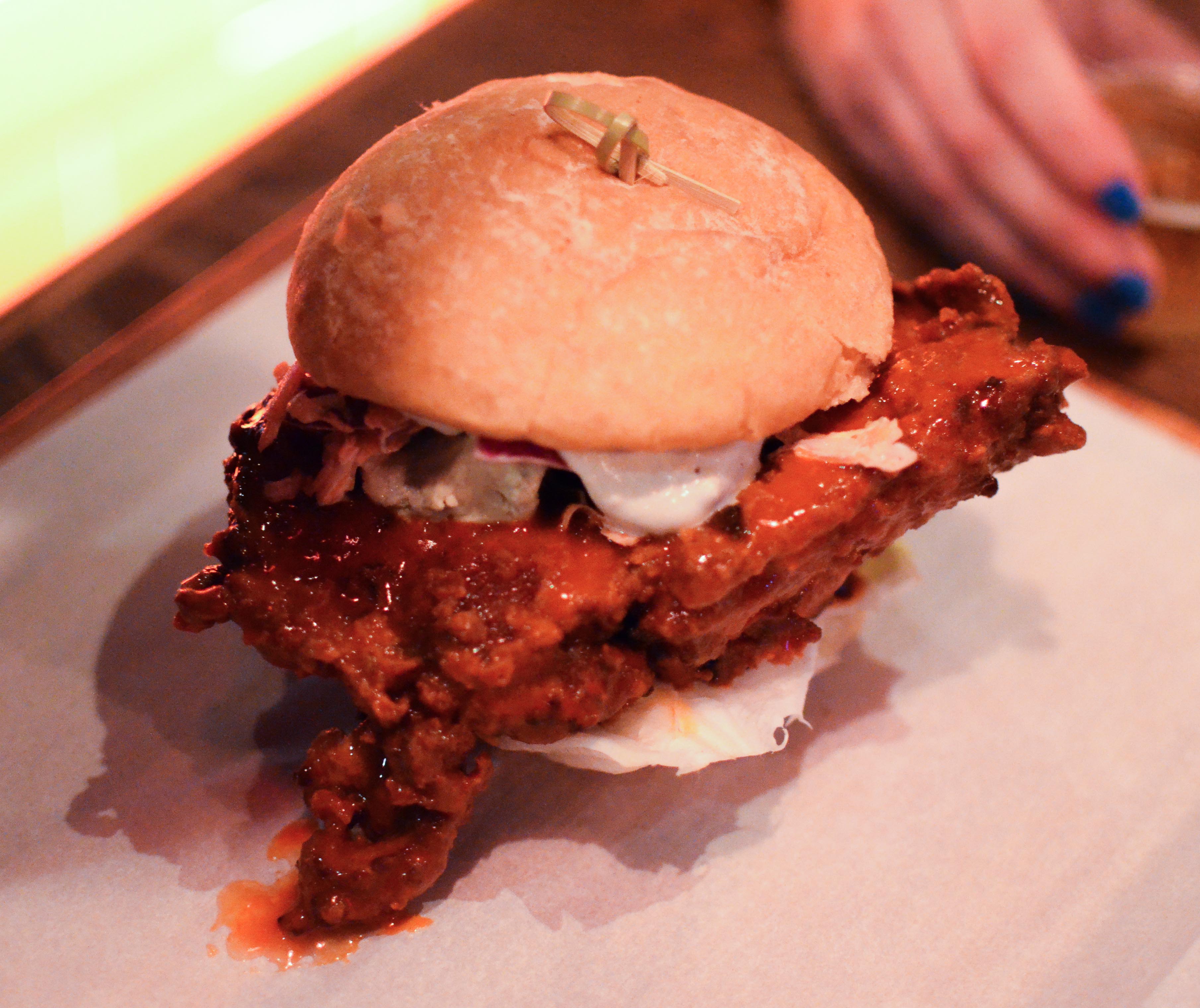 As it was placed on the table, we ogled the huge deep-fried boneless chicken fillet, covered in a tangy/spicy, red buffalo sauce, topped with bleu cheese, some slaw and pickles. The chicken was tender and juicy, and the melding of the flavours and textures was incredible. A moist towelette would have come in handy because this sandwich was MESSY but delicious.

The Gambler is currently only available at the K11 outlet of The Butcher's Club Burger, so if you're feelin' a hankerin' for a fried chicken sandwich, be one of the first to try this tasty bird on a bun.