The first new type of chocolate in 80 years

Ruby chocolate is the first new chocolate discovery in 80 years! Following the invention of white chocolate eight decades ago, ruby chocolate joins the short-but-sweet list of other chocolate types – milk, dark and white chocolate. It was first launched back in September 2017 by reputable chocolate manufacturer Barry Callebaut and has now just been released to the public here in Hong Kong. Its subtle pink hue is not artificial; the chocolate is produced from the extraction and preparation of the “ruby bean”, a new-found red cocoa bean. 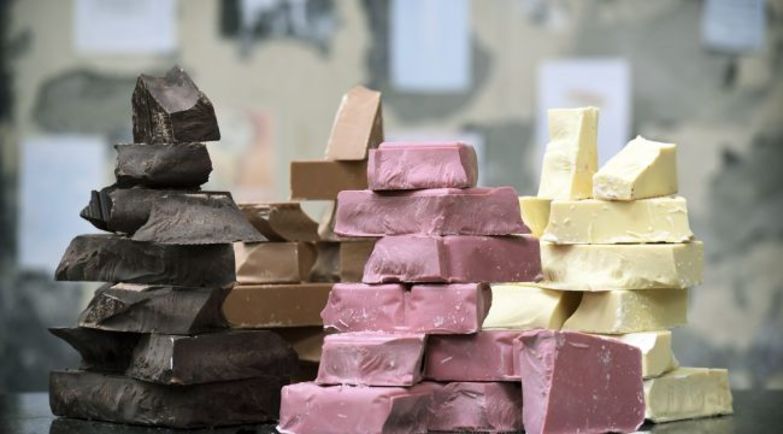 And this is what we think of it...

We tried a huge variety of ruby-infused desserts at the Hong Kong launch. This included a carbonated ruby chocolate drink topped with a chocolate straw, ruby chocolate paired with vinegar caviar, cheesecake dipped in ruby chocolate and many more! As with other types of chocolate, the applications of ruby chocolate are far reaching and limited only to the imagination. We concluded that ruby chocolate is best eaten as a topping or coating on a dessert; it’s too sweet on its own or as the primary flavour component. 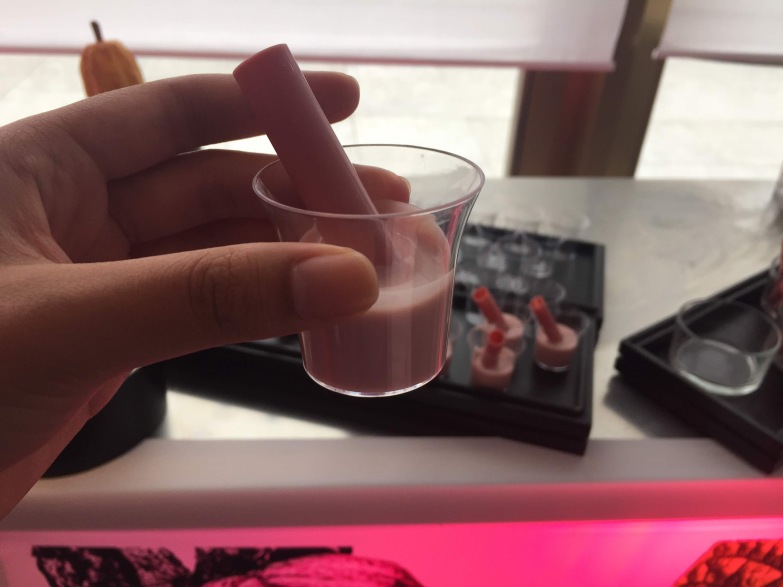 For reference, this is Barry Callebaut’s own interpretation of what ruby chocolate tastes like: 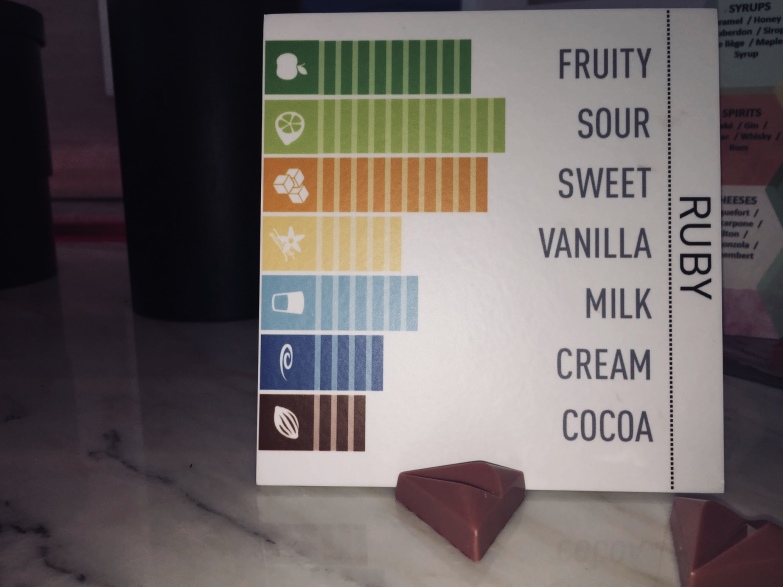 Our team agree that the chocolate’s fruity and sweet factors are most prominent. But the chocolate doesn’t have any sort of bitter taste to balance out all that sweetness. So, if you don’t have a sweet tooth, ruby chocolate may not be for you. However, if you do like fruit-flavoured chocolate, this is one you should definitely try.

Ruby chocolate creator Barry Callebaut has announced that ruby chocolate will be available for use by artisan chocolatiers and pastry chefs in Hong Kong this coming September, so look out for the pink treat at dessert outlets and on restaurant menus around town this autumn.

Celebs are mixing business with pleasure and creating their own booze brands. From wine to whisky to tequila, ... READ MORE