Do you have the courage to walk the path of a green foodie?

Are you a green foodie? Wait, don't answer that just yet. What is a green foodie anyway: a foodie who happens to be vegetarian/vegan? A person who eats a lot of green-coloured foods? Don't bother opening another tab to Google it; there's no fixed definition.

The kind of green foodie I'm referring to is someone who tries his or her best to produce as little waste as possible to combat the throwaway culture of disposable containers and cutlery. Frankly, I'm not one yet. As I type this article right now, there is a plastic container in a plastic bag sitting at my feet. I brought my water bottle with me though, so I don't have an excuse to buy a bottled drink – and that's a start. 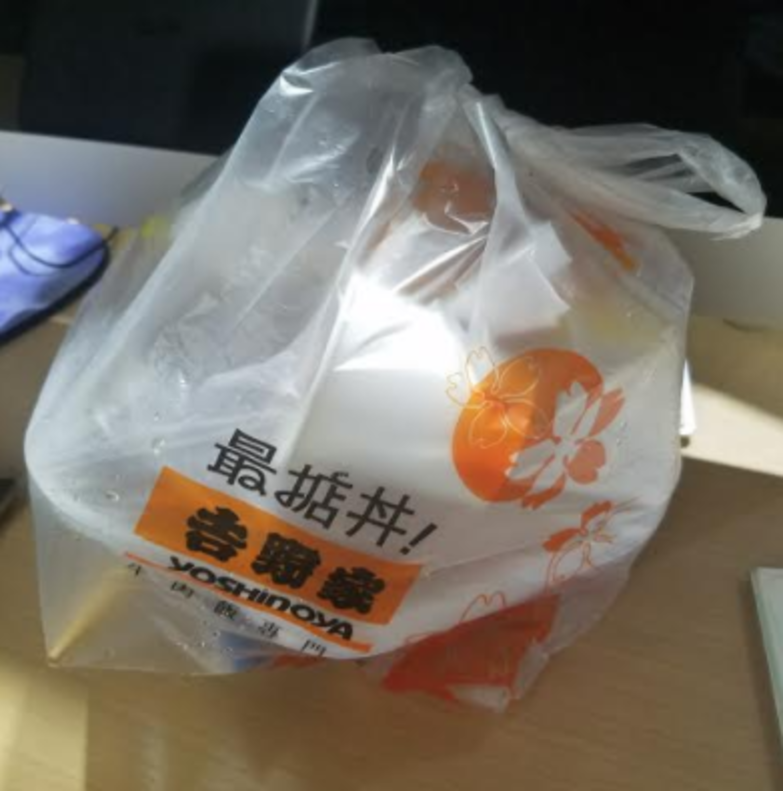 Quite a lot of plastic used for one meal...

You may argue that plastics can be recycled, but in a recent article, it's been revealed that not all recyclables end up getting recycled, for a myriad of reasons – for example, it's not much of a monetary incentive for collectors and washing (oily) recyclables costs too much. Lots of it get dumped in landfills and, quite often, plastics end up in the ocean. That's bad.

Plastics, because of their chemical structure, bind onto pesticides, construction waste and other toxins and are eaten by small organisms. They eventually end up in the seafood that we eat. Over time, the toxins build up in our body and could cause many health problems in the future. Also, bigger pieces of plastic can be extremely harmful to ocean life: look at this poor tortoise. 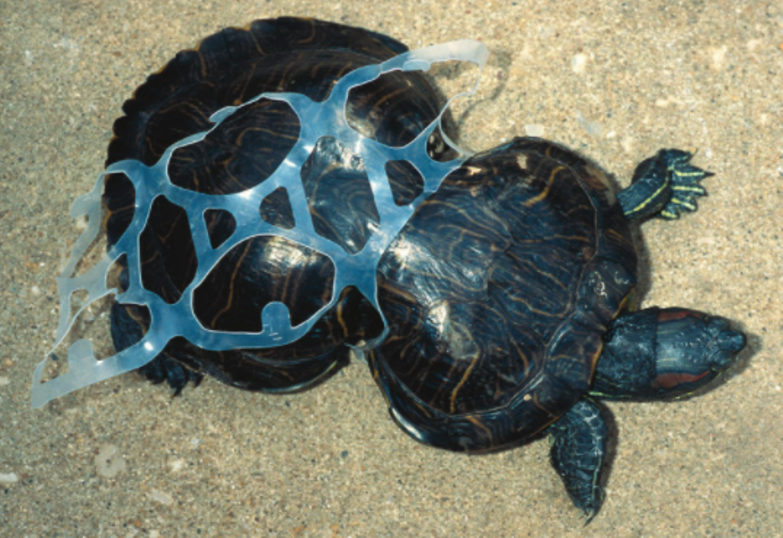 Well done if you recycle, but it's not like you'll go to hell for chucking recyclables into normal bins every now and then. I understand, recycling bins aren't very common in Hong Kong, and I'll be struggling to find one for the container from which I just ate my takeaway. However, here's something we can do: reduce the amount of disposables we use. Remember the 3 Rs: reduce, reuse, recycle?

If recycling isn't the most convenient option, why not reduce and reuse? You could bring your own packed lunch in an eco-friendly (albeit expensive) lunchbox. But if you're too busy, love eating takeaway from that one certain shop or can't cook to save your life, at least try to reduce the use of disposable cutlery and use metal straws by bringing your own and telling the restaurants that you don't need theirs.

I'm not trying to lecture you. In fact, I'm almost in no position to do so. Consider this a humble request. It's not like we suddenly can all become green foodies, but let's do it together, bit by bit (or bite by bite). We all have to start sometime, somewhere. It could be just a bag. Or a water bottle.

Find out more ways to be a green foodie at our Foodie eMarket, here