Have you ever wanted to take a break from the busy city life and relax at a faraway beach, enjoying a cocktail or two with some fresh seafood? Most beaches in Hong Kong offer rather local food, and those that don‘t tend to have luxurious shops and homes nearby, a reminder that you haven‘t gone very far from Central. However, Bathers in Lantau – brought to us by Woolly Pig Concepts, of Madam S‘ate and 12,000 Francs fame – serves modern British cuisine with a focus on fresh seafood right on secluded Cheung Sha Beach, a long stretch of sand with panoramic sea views.

As soon as we arrived, we were offered a choice of two mocktails: Raspberry Rocks ($60) and a watermelon spritz ($60). Raspberry Rocks was refreshing but a bit too sweet for some of us. The watermelon spritz, on the other hand, was not overly sweet and had us asking for more. We had Parmesan and lemon polenta croquettes ($90) to go with the cocktails while watching some cows from nearby farms make their way to the beach for some sun and a nap – a surreal sight. The croquettes were crunchy and surprisingly light.

We returned from a walk on the beach to find that our starters had arrived. The spiced salt and pepper squid ($130), with a chilli and lime dipping sauce, tasted very fresh. However, the squid was lacking seasoning. 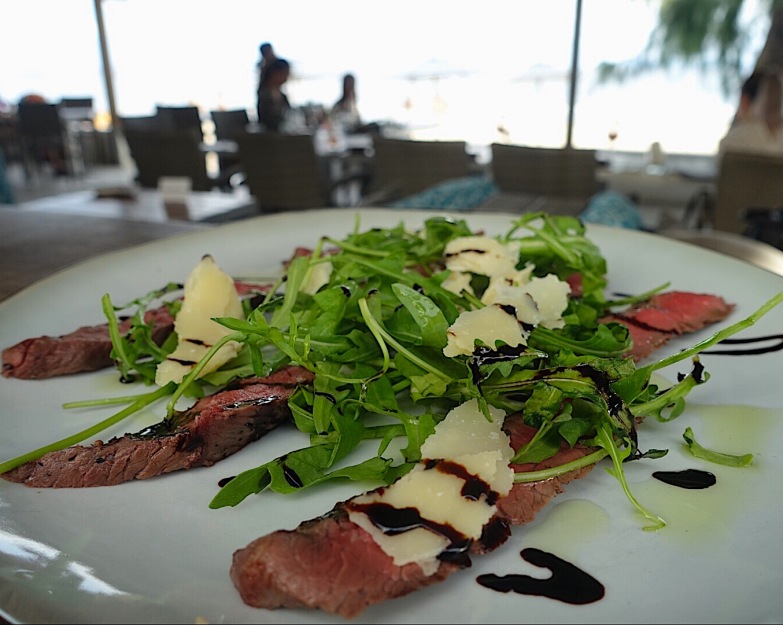 The beef tagliata with rocket, Parmesan and aged balsamic ($150) was tasty, with the beef cooked to a nice medium rare to go with the Parmesan flakes and aged balsamic. We had to avoid eye contact with the cows on the beach when eating this one though... 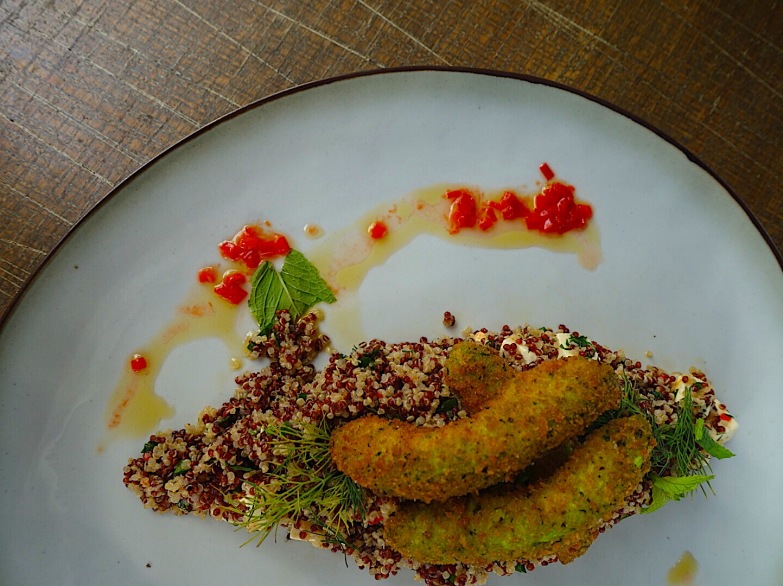 Next came quinoa with feta, chilli, parsley and spiced avocado fritters ($120). The feta, chilli and parsley matched well to give the quinoa some flavour, but the stars of the show were definitely the avocado fritters. There were only three pieces per dish, and we finished them in a flash. They weren‘t very heavily deep-fried or oily, so they were crunchy on the outside while the inside was filled with unmistakably smooth avocado. 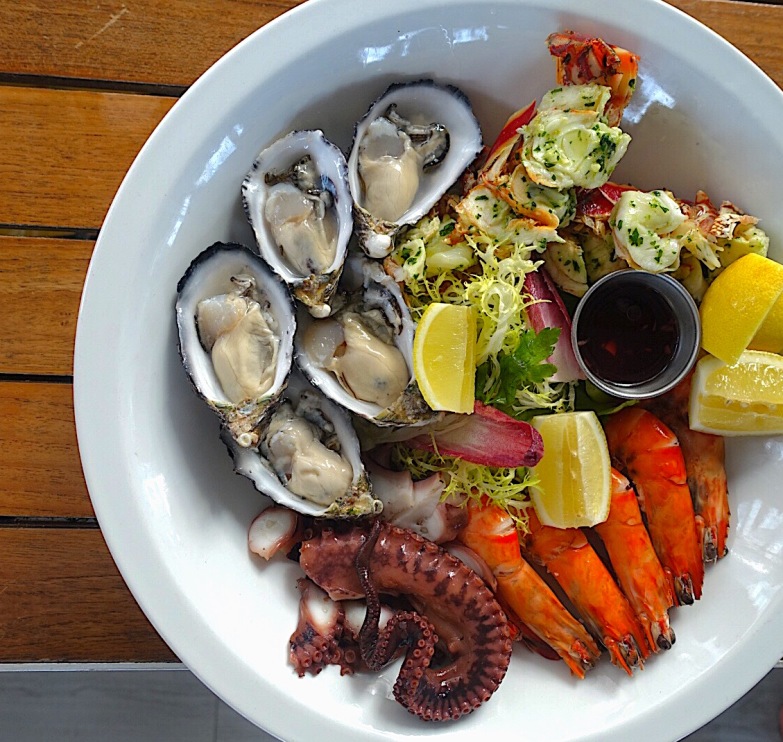 When the seafood platter ($360) arrived, we buzzed with excitement at the sight of lobster tails, oysters, Australian tiger prawns and massive marinated octopus legs. The lobster tails were buttery and succulent and the prawns fresh and just as juicy. However, it was the oysters and octopus that everyone was fighting for. The oysters were big and juicy, and we all agreed that there probably wouldn‘t be anything as blissful that day. The octopus was fun to eat, with slices of legs and one whole leg per platter. It was tender and juicy, and the vinegar dressing was a brilliant match. 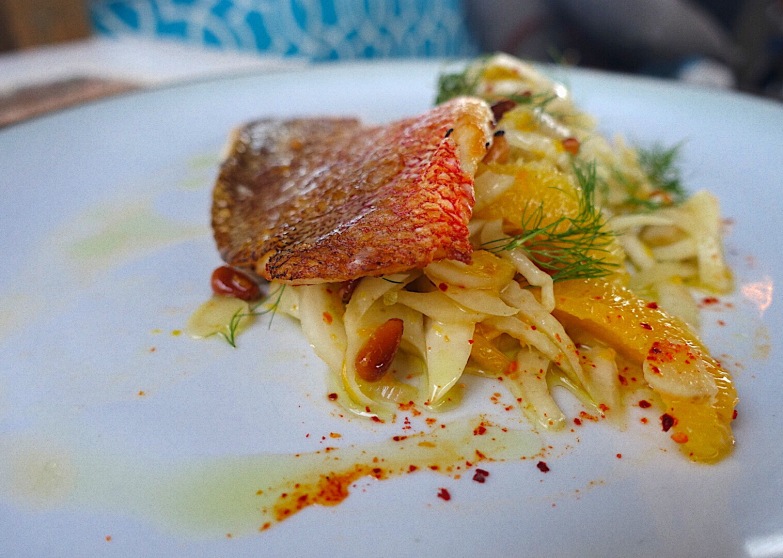 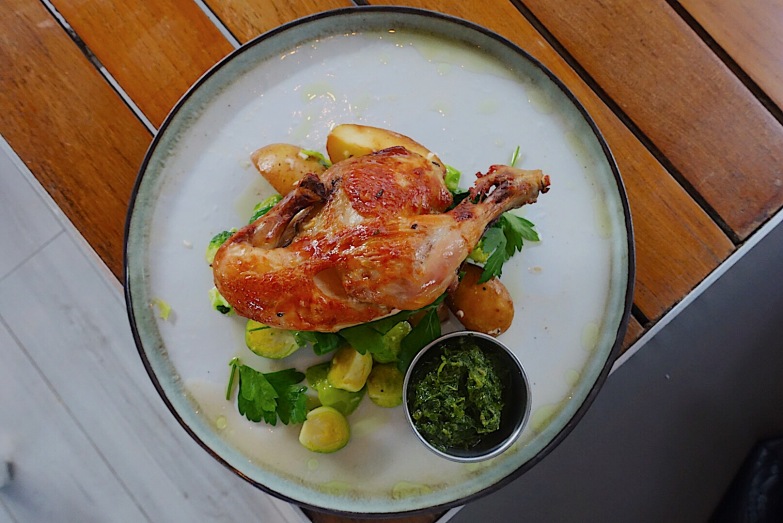 We then had the roasted chicken (from the group set menu) served with roasted veggies and salsa verde. The chicken was tender and juicy, with a fair portion of its juices and fat soaked up by the roasted vegetables underneath. 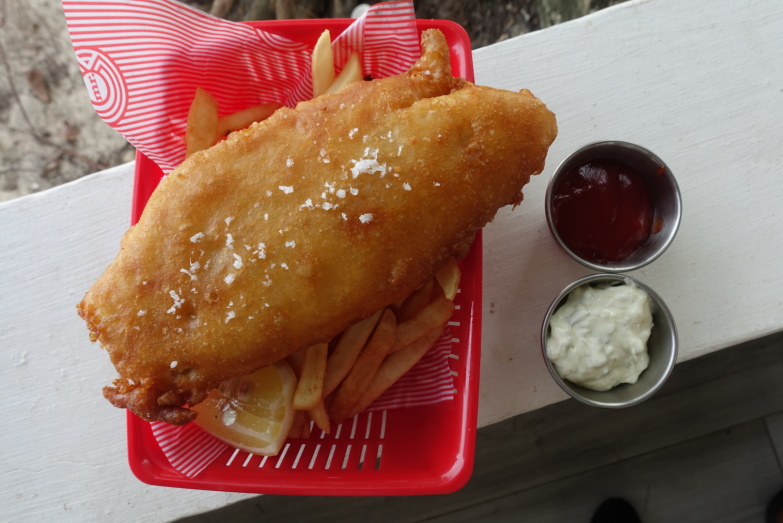 The owners of Bathers will soon be opening Mr Chipper, a fish and chips shop next door, and we were treated to a sample. The batter was light and crispy, despite its puffy appearance, while the fish was fresh, soft and slightly flaky. Having studied in the UK for a few years, I can say that their fish and chips are better than most I tasted back in Old Blighty.

Bathers is a hidden gem in a far corner of Hong Kong. However, it takes quite a bit of travelling to get there from Central and the prices are rather steep. But if you don‘t mind these points, this is a place worth checking out for the relaxing experience and delicious, fresh food. 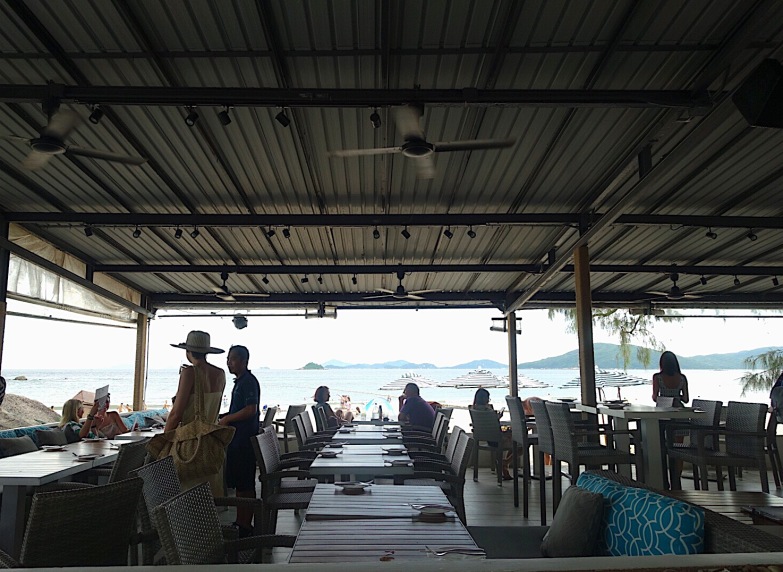