Because the majority of Hong Kong's 'Live Reef Food Fish' imports go largely unchecked, there is a concerning amount of illegal fish being smuggled to China and abroad

Despite the small size of Hong Kong, it plays a crucial role in the international economy as a trade hub. Hong Kong International Airport and container port are among the most easily accessible, making them among the busiest in the world. This in part due to the city's ‘free trade’ policy, making it all the more appealing as a commercial centre serving the Asia-Pacific region and Mainland China. 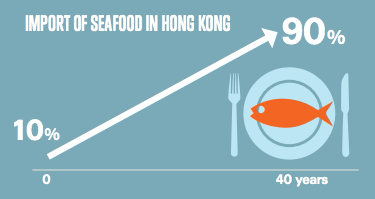 Hong Kong’s huge demand for live fish is becoming a very real problem for the city. Having decimated its own supply, Hong Kong now relies on importing 90 per cent of all seafood eaten here, but the necessary sanctions are not yet in place on these imports meaning the vast majority of all LRFF (live reef food fish - apologies for the awkward acronym, that's the international phrasing) goes largely unchecked.

What kind of fish classify as 'Live Reef Food Fish'?

As per the WWF (World Wide Fund for Nature):

"The Live Reef Food Fish Trade involves the capture of reef fish which are kept alive for sale and consumption mainly in Hong Kong and mainland China. Smaller markets exist in Malaysia and Singapore." 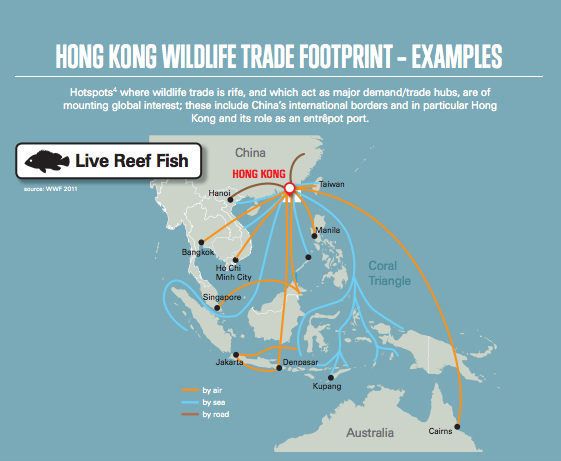 Reef fish are a highly valuable natural asset in the Coral Triangle.  It is this current trade demand for the resource that is destroying marine environments, depleting fish stocks and leaving coastal communities vulnerable. The global demand for wildlife products ranks highest in Asia, where growing affluence has fueled an unprecedented rise in the trafficking of threatened species. Hong Kong and China dominate the import of wild-sourced live groupers and other live reef fish broadly in the Indo-Pacific region, particularly in Southeast Asia.

Many of these fish enter Hong Kong from neighbouring Southeast Asian countries via air and sea ports and are then sent to mainland China, both legally and illegally. This market has evolved to meet culturally driven demand for tropical seafood, mainly in Southern Chinese cuisine, with grouper being the most sought after and regarded species. The combined result of over-exploitation, the collapse of domestic fisheries and the increase in consumer demand, have caused Hong Kong to be reliant almost solely on seafood imports, which is a rapidly increasing market (and is currently the most extensively traded of all food commodities globally).

The LRFF trade has not yet been widely publicised, and thus doesn't evoke the same level of controversy as shark-finning, but it is now starting to attract more attention as the grave implications for the developing countries that export these fish are becoming better understood. 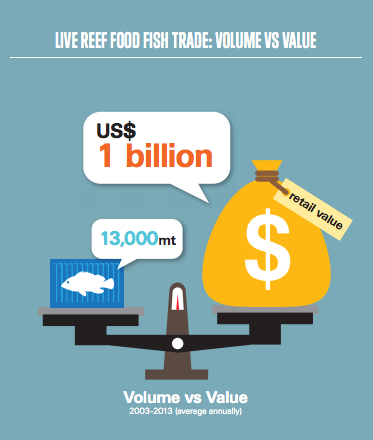 This trade is becoming even more of a problem because the harvesting, transportation and delivery of these fish species (and others such as the pangolin) through laundering and clandestine markets involves considerable levels of criminality. While relatively small in volume (13,000 metric tonnes in 2013), the LRFF trade  has a high unit worth with an estimated retail value of one billion USD. The trade involves several threatened species including the Napoleon fish (also known as Humphead and Napoleon Wrasse) that arrives by air and is believed to transit through Hong Kong and is then smuggled into China by sea. The Napoleon fish is a revered species. As per Action Asia:

"In 1996, Sadovy led a study group which indicated that the wrasse’s population was vulnerable. Sadly its situation has become still worse in the intervening years, with the IUCN-World Conservation Union now listing it as ‘endangered’."

By smuggling the fish through Hong Kong, traders are able to significantly improve profits due to a loophole in reporting requirements for locally registered fishing vessels. This loophole allows fish to be landed without any customs declaration. This is a major challenge to managing and monitoring the trade because vessels that import fish into Hong Kong are treated as local fishing vessels, when in fact they are vessels that collect fish from other jurisdictions. 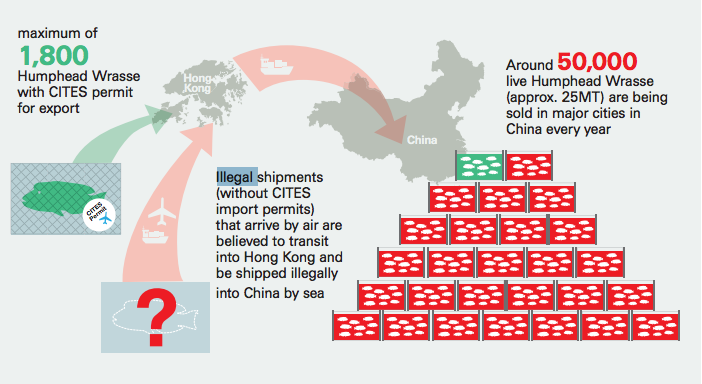 It has become very clear that a more sustainable approach to fishing, trade and consumption practices is needed to stop the illegal trade of LRFF in the future, and further, to reduce threats to marine biodiversity and safeguard food security. 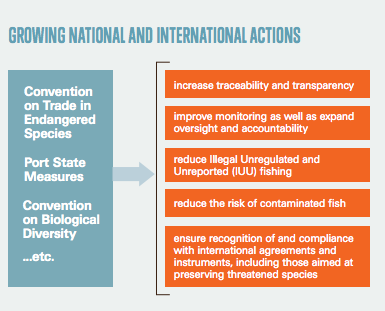 What is being done?

The Hong Kong government is (in conjunction with such bodies as the HKIA) in a unique position to encourage and support practices that can substantially contribute towards creating a more responsible and sustainable international trade in live reef fish as part of their own commitments to CSR through tightened monitoring and reporting practices.

A growing number of international accords and agreements, consultations and guidelines  are acknowledging this responsibility, including environmental stewardship covering issues such as traceability and the supply chain. While these implementations are helping, there needs to be a greater effort exerted by governing bodies in countries where the problem is most pernicious as well as placing a greater responsibility on general consumers in the community to create the demand for sustainably sourced seafood.