In this new edition of Culinary Journeys, Chef Sanjeev Kapoor explores the gastronomic delights of his home city of Mumbai, a city rich in both culinary and cultural traditions. A celebrity chef in India, Kapoor stars in the immensely popular cookery show Khana Khazana and has been a judge on MasterChef India. 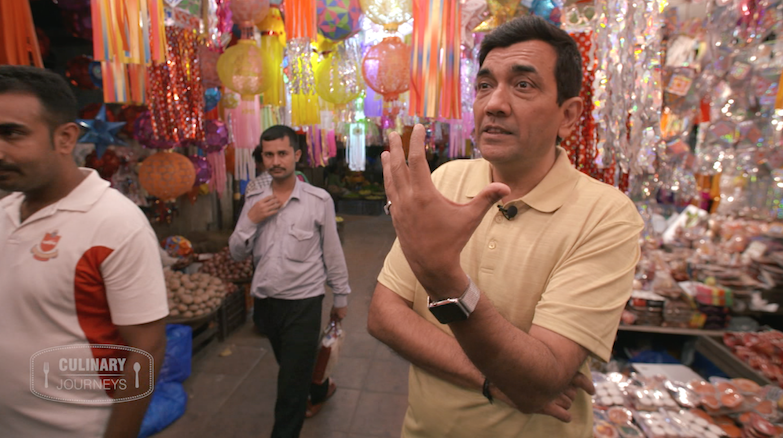 What is the most prominent characteristic of Indian food?
Indian food is well represented through the plethora of its popular street foods as well as classic and traditional dishes that home cooks prepare. These two form the crux of our cuisine. There is no other cuisine that is as rich, varied, versatile, balanced and healthy as Indian cuisine.

How has Mumbai's cuisine been influenced by immigration into the city and what differentiates the food there from other parts of India?
Mumbai, being a cosmopolitan city, offers a wide palette of cuisines. I would not say that the food there is any different from other parts of India because of its urban nature, but the fact that it has its own cuisine is also true. For instance, look at the humble vada pav, or Indian burger. It is arguably the most inexpensive, easily available and filling choice that millions of people in this city of dreams thrive on. I definitely believe that Mumbai can be best termed as ‘culture curry’.

What culinary trends do you notice in India nowadays?
The emergence of lesser-known regional cuisines, fermented foods, degustation menus, herbal liqueurs, the use of edible flowers/micro-greens, low-fat cooking techniques, smaller portions with an emphasis on styling and presenting a good-looking, wholesome dish.

What is your view on culinary TV shows in the world but also in India since you are one of the pioneers to do that in your birth country?
Food on TV is no longer just about stand-and-stir cookery shows. The viewer has changed – demanding richer content, a wider range and more innovative programming, even in the realm of food. Going by this norm, even my channel FoodFood is not only a food channel. It’s a lifestyle channel themed around food.

Could you tell us a bit about your journey to becoming one of the most powerful culinary personalities in the world?
I never thought of becoming a chef. Back then, I was actually preparing to be an architect. Then, just by a twist of fate, I applied for Hotel Management at the Institute of Hotel Management in PUSA, New Delhi. And my life changed! My journey into the culinary world started with me working as a chef for the ITDC Group in India, and today, where I stand, I can proudly say that I’ve done and ventured into verticals that were fond dreams, the boldest being owning a food TV channel! I strongly believe that I am where I am today because of the constant appreciation and feedback that my audience have showered on me, along with the unconditional love and support of my family. I have always been grateful to them and shall remain so.

Please tell us about your cooking philosophy.
Food should be kept simple so that it can appeal to every section, class to mass. I believe in combining the best of tradition with a touch of relevance using the freshest local ingredients and backing it up with the science of creating art.

Together with CNN’s Culinary Journeys, you went to Mumbai to show the essence of Indian hospitality and food traditions during Diwali. What will we learn about Indian cuisine from the show?

The show will definitely make you realise that the hospitality industry in India strives on one principle: atithi devo bhava, or guest is God. The festivals just make it merrier. Also, Indian cuisine is a blast of flavours and a lot more than just chilli!


What are the traditional Indian dishes anyone visiting the country should try?
The traditional dishes vary from region to region in India, and each of them is a marvel on its own. So, when in India, a visit to the Paranthe wali Gali for some unique stuffed Indian flatbreads is a must. When you’re in the capital city of Delhi, or when you are in Kolkata in the east, don’t leave without trying the rustic rolls and biryanis, flavoursome fish curries in God’s own country Kerala and the majestic vegetarian fare in the western regions of Gujarat or Rajasthan.

Have the food culture and eating habits changed in India since you first started in the industry?
Food is always evolving. I’ve seen a large change since the time I started way back in 1984. I had to struggle a lot to bring out chefs from the confines of the kitchen into the public areas. Now it’s a norm. In the past few years, a lot of things have changed – restaurants are becoming more thematic, food is becoming experimental, presentation has become better, more chef-owned restaurants are coming up, beverages are becoming prominent on menus and finally people are ready for all of the above.

Tell us about the culinary journey you went on with CNN.

My first thought about the journey is that I was floored by the detailing that went into the making of the show. The kumbharwada (potter’s village), buffalo farm and flower market visit in different pockets of Mumbai was an exciting, thrilling and memorable experience. I must say that, despite having lived here for so many years, I had never visited these places. 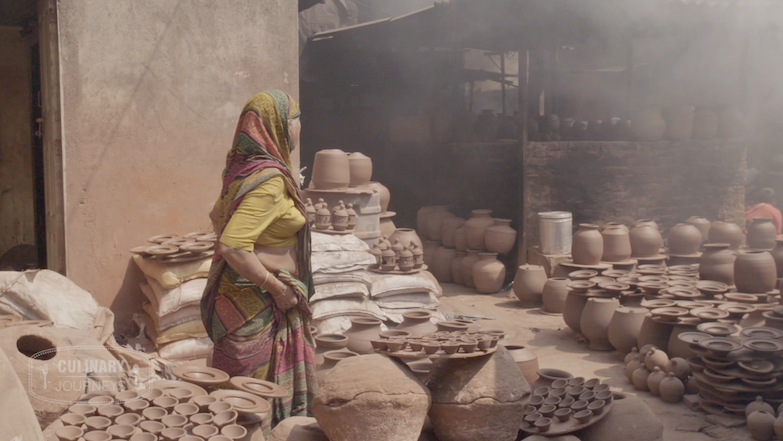 What was the highlight of the journey?
To spend over half a day at the kumbharwada (potter’s village) and get the actual earthy feel of the real India of today.

Tell us about the role food plays in Diwali.
Not just Diwali – in India, food is synonymous with any festival as it is the common thread that binds and brings people together from different ages, castes, creeds and genders.

If we gave you a blank cheque for a culinary journey, where would you go and why?
Iceland. I have always been swarmed by foods full of spices and herbs. I want to explore Iceland because of its pristine plainness and purity in everything from nature to food.