Earlier this month, our noses led us to a supremely indulgent multi-course white truffle lunch at Giando Italian Restaurant & Bar in Wanchai, where ever-charming chef-owner Gianni Caprioli regaled us with his Italian truffle-hunting tales (on a side note, we were surprised to learn that Alba isn’t always the source of Italy’s best truffles; that crown changes yearly, owing to regional weather, rainfall and soil variations).

Each dish we sampled was topped with a generous amount of white truffle, shaved tableside and heady with its intense, earthy aroma. Joint winner for favourite starter goes to the scrambled egg and toasted bread with white truffle ($428) and the beef carpaccio ($218 +$88/gram of white truffle). The Italian eggs, almost luridly yellow, were scrambled to the perfect velvety consistency, with the addition of white truffle creating that classic flavour pairing that we all know and love. The beef carpaccio, another Italian classic, was sliced ever so thinly, and the white truffle elevated the dish from the delicious to the sublime. 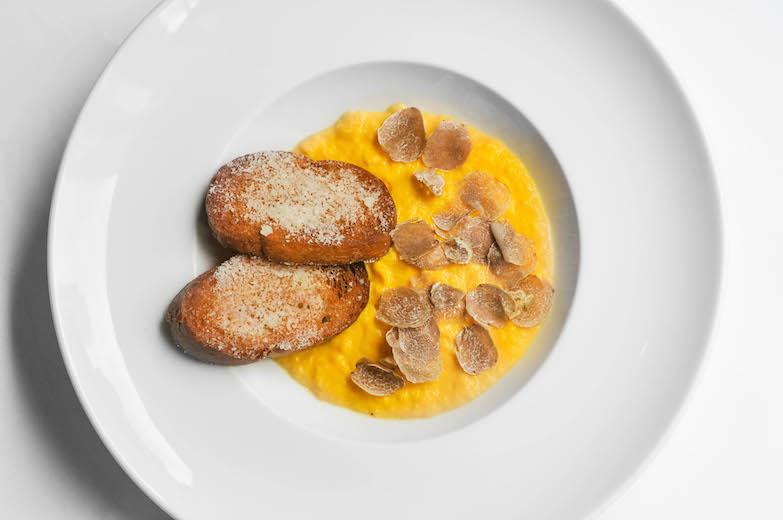 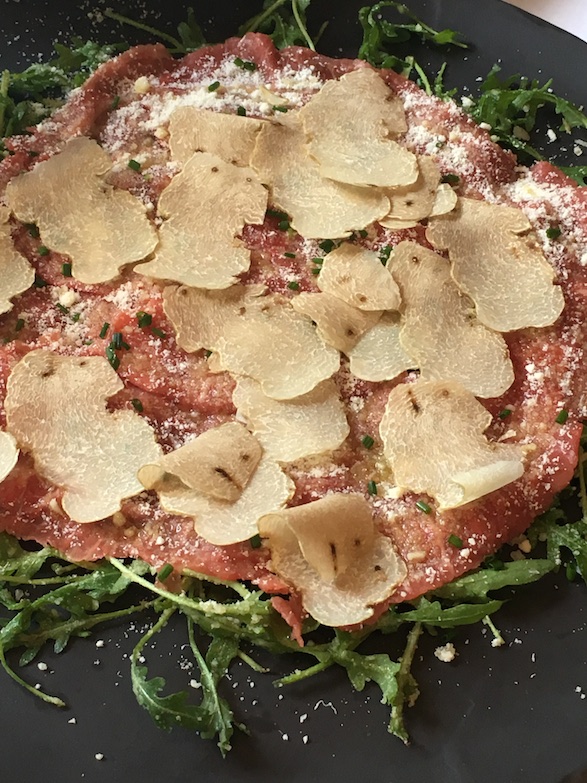 The pasta course was also a hit: homemade tagliolini dressed simply in a silky butter sauce, carpeted in a layer of white truffle shavings ($528). Another dish was the roasted Italian veal rack with grilled pumpkin, potato cream and white truffle ($768). 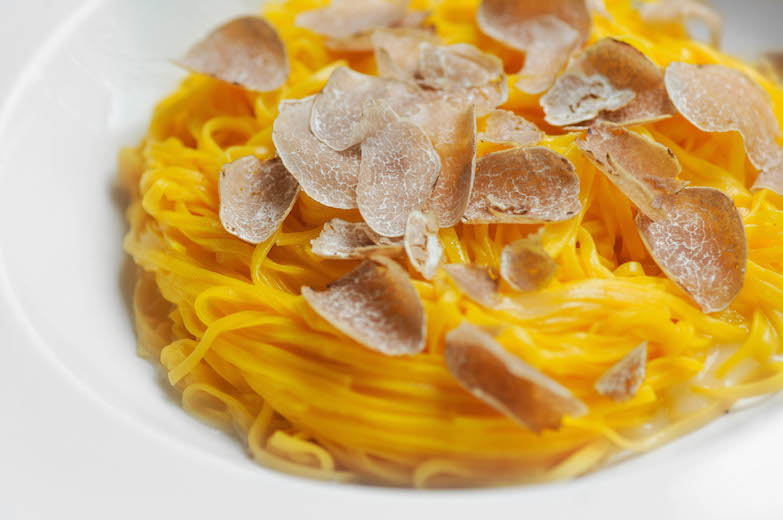 Perhaps the pinnacle plate, however, was saved for last: white truffle gelato ($168). The subtle truffle flavour combined with the rich, creamy gelato was mind-blowing – don’t knock it till you’ve tried it. The gelato can also be bought (with 24 hours’ advance notice) at Chef Caprioli’s Italian grocer, Mercato by Giando, at Fenwick Pier for $680/half-litre. We suggest stocking up now for your upcoming holiday shindigs. 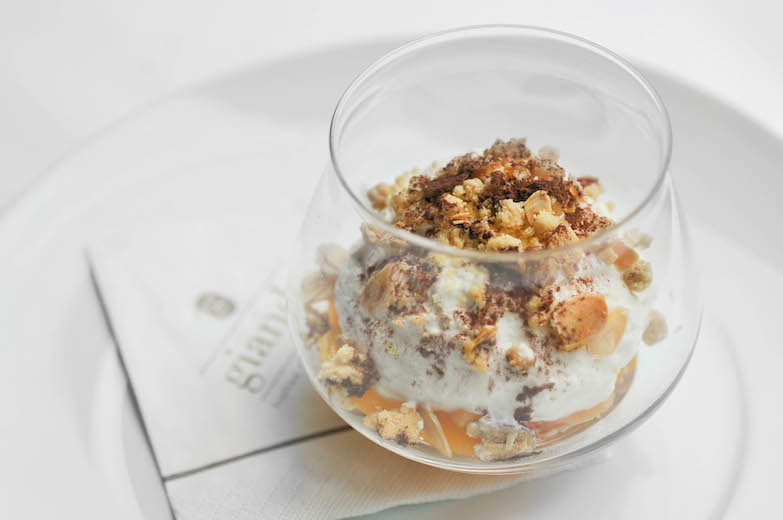 Available until January 2017, Giando’s white truffle menu will evolve as the season progresses. Diners also have the option of topping up tableside with additional white truffle ($88 per gram) – a very reasonable price, considering the quality of the truffles sourced by Chef Caprioli. Many HK restaurants charge nearly double that amount for far less favourable fungi.