An obsession with miniature cooking

You may not have even heard of miniature cooking, but it's a thing.

It all started when a Japanese Youtuber, who goes by the name Miniature Space, made a video making miniature coffee, which currently has more than 397,000 views. Due to the success of the first video, the channel has now accumulated more than 876,600 subscribers and has numerous videos teaching viewers how to make tiny desserts and savoury food of their own.

However, it was not until Tastemade started a cooking show called Tiny Kitchen that this little cooking style really took the world by storm. Having launched their 5th season, Tiny Kitchen has different themes and sets for each season and it seems there is almost nothing the Tiny Kitchen cannot make mini. With big hands and tiny utensils, tasty miniature food is created within a few minutes.

So why are these videos so popular? They are both satisfying, and frustrating, to watch at the same time. Everything is so small, when you stare at the huge set of hands trying to pour something into a tiny container, it can be pretty intense. These videos also bring back childhood memories of playing doll-house or lego, except with the real ingredients. 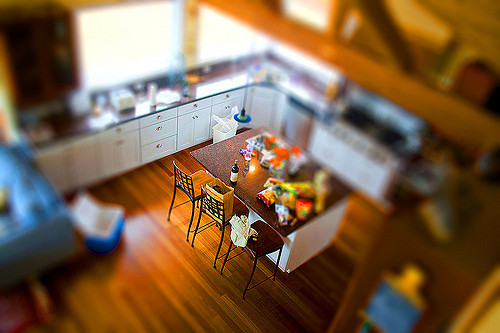 Many have accredited the phenomenon of people craving more of these kinds of videos to ASMR, short for autonomous sensory meridian response. It is a tingly feeling on your skin when you hear soft whispers or voices, ambient sounds or watching people work silently; the subtle sound effects that are usually unnoticed in your daily lives. These sound effects are said to have a soothing and calming effect that make it desirable and addictive.

Other than miniature cooking, Youtube Channels SugarCharmShop and MIMINEMINI take it further by teaching viewers how to make the miniature kitchen utensils themselves such as pots and pans, knives, blenders and rice cookers.

I have dumpling to tell you