Mount Etna: the Burgundy of the Mediterranean

Impressive wines from an impressive mountain

Finally I had a chance to see Mount Etna, the biggest active volcano in Europe. It was a private volcano hiking holiday but, being a wine addict, I managed to fit in three winery visits around Randazzo, a small town that makes a good base for exploring the northern side of Etna. The wines turned out to be as impressive as the mountain on which the grapes are grown.

The Etna DOC, like other Sicilian wine regions, focused only on entry level and bulk wine in the early days. But luckily the region and its potential to make quality wine were rediscovered—not by Sicilians themselves but by outsiders. One of the pioneers was Marco de Grazia, renowned as the first person to export Barolo. In 2002, he founded Tenuta delle Terre Nere on the slopes of Etna, and has been making outstanding wine ever since. 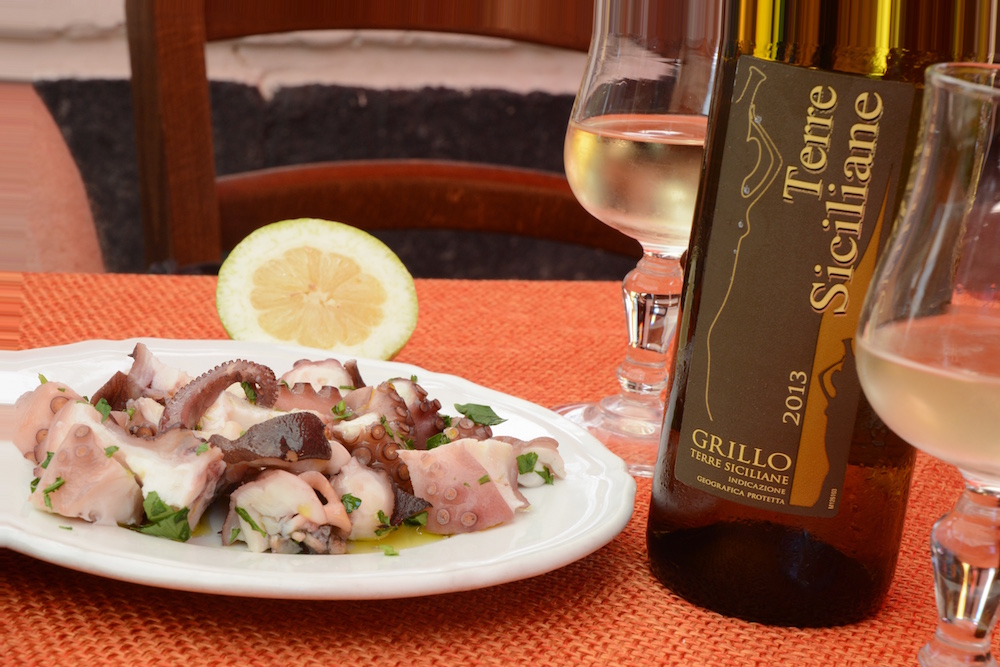 In addition to Tenuta delle Terre Nere, I also visited Tenuta di Fessina and Passopisciaro, both also owned by outsiders. Tenuta di Fessina is owned by Tuscan winemaker Silvia Maestrelli and Federico Curtaz, while the owner of Passopisciaro is Andrea Franchetti from Rome (though his wife is from Sicily). I thought Sicilians might resent the invasion from the north so I was surprised when Letizia Patane, a native and the marketing person at Passopisciaro, assured me otherwise. She said Sicilians are actually grateful of the know-how, discipline and vision that these northerners brought with them. Judging by the quality of the wine, I agree; but I would also like to credit the Sicilians for being open and readily embracing the change, rather than being stubborn and parochial.... it takes two to tango!

Yet outsider vision alone cannot make Etna’s wines outstanding. This DOC region is blessed with unique soil and an exceptional climate. The mineral rich black volcanic lava soil combines with the continental microclimate of the mountain–high diurnal temperature and low rainfall in summer—to give the wine freshness and elegance. There are also some very old vines, some even from the pre-phylloxera era, that contribute to the complexity. No wonder the wine is known as the Burgundy of the Mediterranean.

Then, last but not least, there are the indigenous grape varieties. Wine lovers may know Nero d’Avola and Grillo from Sicily, but Etna has its own grapes: the elegant Nerello Mascalese and the fleshier Nerello Cappuccio for reds, and the crisp Carricante for whites. I love indigenous grapes because it is they that make a region unique. It is heartening to see that outsiders respect them rather than following the herd and making wines from international grapes.

One point to note is that the Etna region is closely defined. It is on the slopes of the volcano so vines are grown at an altitude of 450m and upwards. However, the DOC region only includes vines grown to a maximum altitude of 900m. So wines made from vines grown above 900m can only be classified as IGT, rather than DOC. Asked about the reason, all wineries just shrugged and said it is the regulation. But please don’t dismiss Etna's IGT wines—they may well be from some very elegant Nerello Mascalese grown above 1,000m.

What better way to end my Etna visit than a wine festival in the village of Passopisciaro? Compared to those in Chianti, it was very small scale with less than 20 wineries represented, but the atmosphere was fantastic. There was a mountain guides marching band and stalls selling ultra delicious barbecue sausages brushed with olive oil, the brush being a bunch of fresh herbs!

Having climbed to the summit of Etna twice, literally eaten the volcanic soil (yes, I took a tumble down the slope and got a mouthful of lava), and tasted the mineral-rich wines, I would love to see more of them here in Hong Kong.

Some of the highlights were: 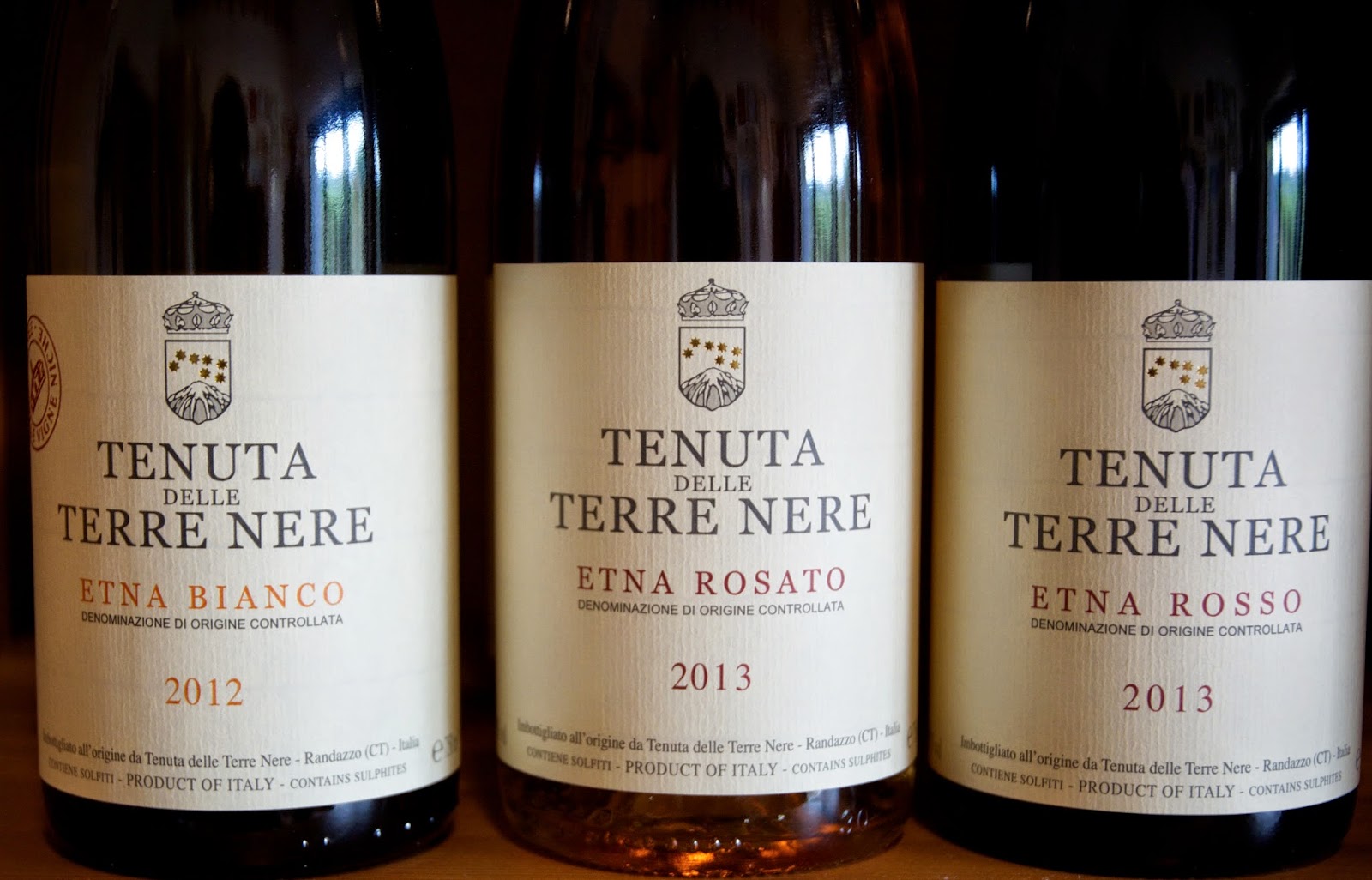 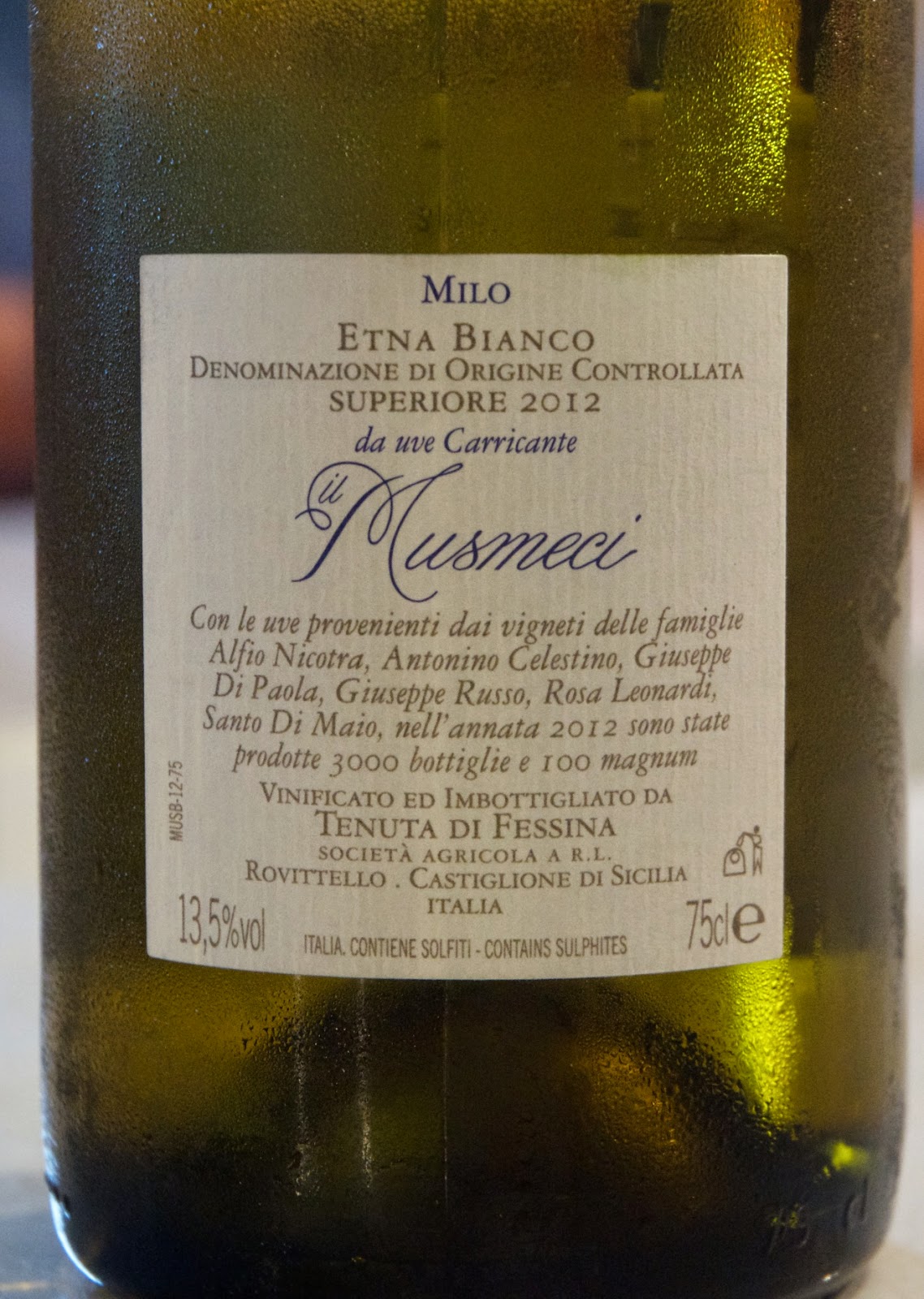 Passopisciaro: Letizia was very passionate and drove us around their various vineyard sites, called ‘contrada’, at different altitudes. We tasted the 2012 of Passopisciaro, Contrada Rampante and Contrada Chiappemacine. All are 100% Nerello Mascalese. Passopisciaro is blended while the other two are single vineyard. Believe me, they are all quite different.  Chiappemacine is from 80 year old vines at 550m altitude and the wine is softer and more rounded with black fruit aromas, whereas Rampante, made from 100 years old vines at 1,000m, has more herbal notes and an elegant structure 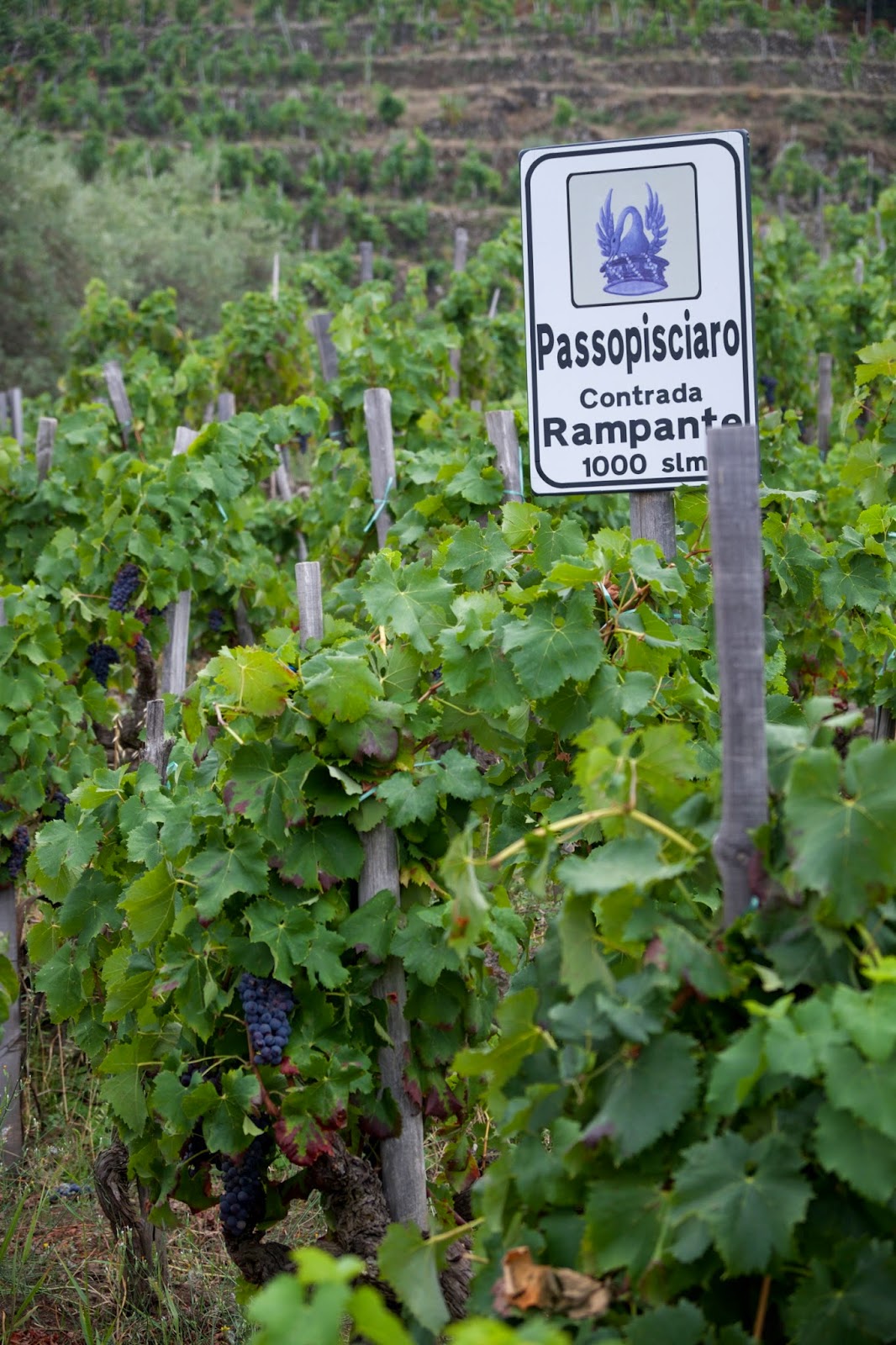 Passopisciaro also makes Guardiola, a white from 100% Chardonnay. It is only a 4ha plot but there were more than 20 pickings to ensure optimum ripeness. Planted at 1,000m, it reminded me of the minerality and elegance of a Chablis. Passopisciaro is available from Corney & Barrow.