Making a splash for female winemakers

The winery in question is Quinta da Plansel in Alentejo, owned by Dorina Lindemann, one of the few female winemakers in Portugal. Like most Alentejo winery owners, Dorina is not Portuguese. She is German, and after finishing her viticultural studies at the University of Geisenheim in Germany she joined her father, Hans Jörg Böhm, in Portugal to run his breeding nursery. Hans loves Portuguese wine so much, he sold his wine merchant business in Germany, took a course at the Geisenheim Research Centre and then founded Plansel SA in Alentejo with the objective of improving the nation’s viticultural stock via clonal selection to match with different rootstocks and terroirs.

Dorina made her first wine in 1996 and then, in 2001, her first single varietal wines: Tinta Barroca, Touriga Franca and Touriga Nacional. She believes that only mono-varietal wine can truly reveal the potential of a grape. Like all passionate winemakers, Dorina believes the vineyard is where the wine is made. Because of the dry conditions in Alentejo the vineyards need irrigation. But instead of using drip irrigation like most modern wineries, Dorina floods the vineyard with water so that the majority of water is absorbed by the soil. She says this is the only way to make the vine roots go deep into the soil to get water, thus producing better quality fruit. She explained that drip irrigation, although using less water, makes the vines lazy as the roots never need to go deep.

A special wine to Dorina is Selecta ‘Homenagem ao Thomas’ Tinto 2012, made from 100% Trincadeira in memory of her late husband, Thomas, who passed away in 2008. According to Dorina this will always be a small production wine because Trincadeira is not easy to grow. So I was surprised to learn that this pleasant, well-balanced and fresh wine retails at a steal at $108/bottle. Dorina wants to keep the price affordable because the wine expresses her winemaking philosophy.

The three varietal wines that Dorina made are  Touriga Franca, Tina Barocca and Touriga Nacional. She introduced them as male, female and bisexual respectively. Touriga Franca has a firm structure, Tinta Barooca is softer and more voluminous while Touriga Nacional is seductive yet with firm tannins—not a bad analogy at all. All three are elegant with supporting acidity making them not heavy to drink even on a hot summer's day. I loved the manly Touriga Franca and it went well with the bacalhau (cod). All three are reasonably priced at $298/bottle.

Dorina does also make blended wines. The Selecta Reserva Tinto (50% Tinta Barroca and 50% Aragonez) is her best seller, while the Dorina Lindemann Limited Edition (equal proportions of Touriga Nacional and Touriga Franca) is only made in the best vintages.

One thing Dorina is particularly proud of is the woman-power behind Quinta da Plansel. She founded the winery with only female employees and today her two daughters, Luisa and Julia, assist her. Although the 70ha is not run by a pure woman team anymore, the female influence still dominates the winery in the sense that it enjoys a good reputation and a clean, well-run working environment. 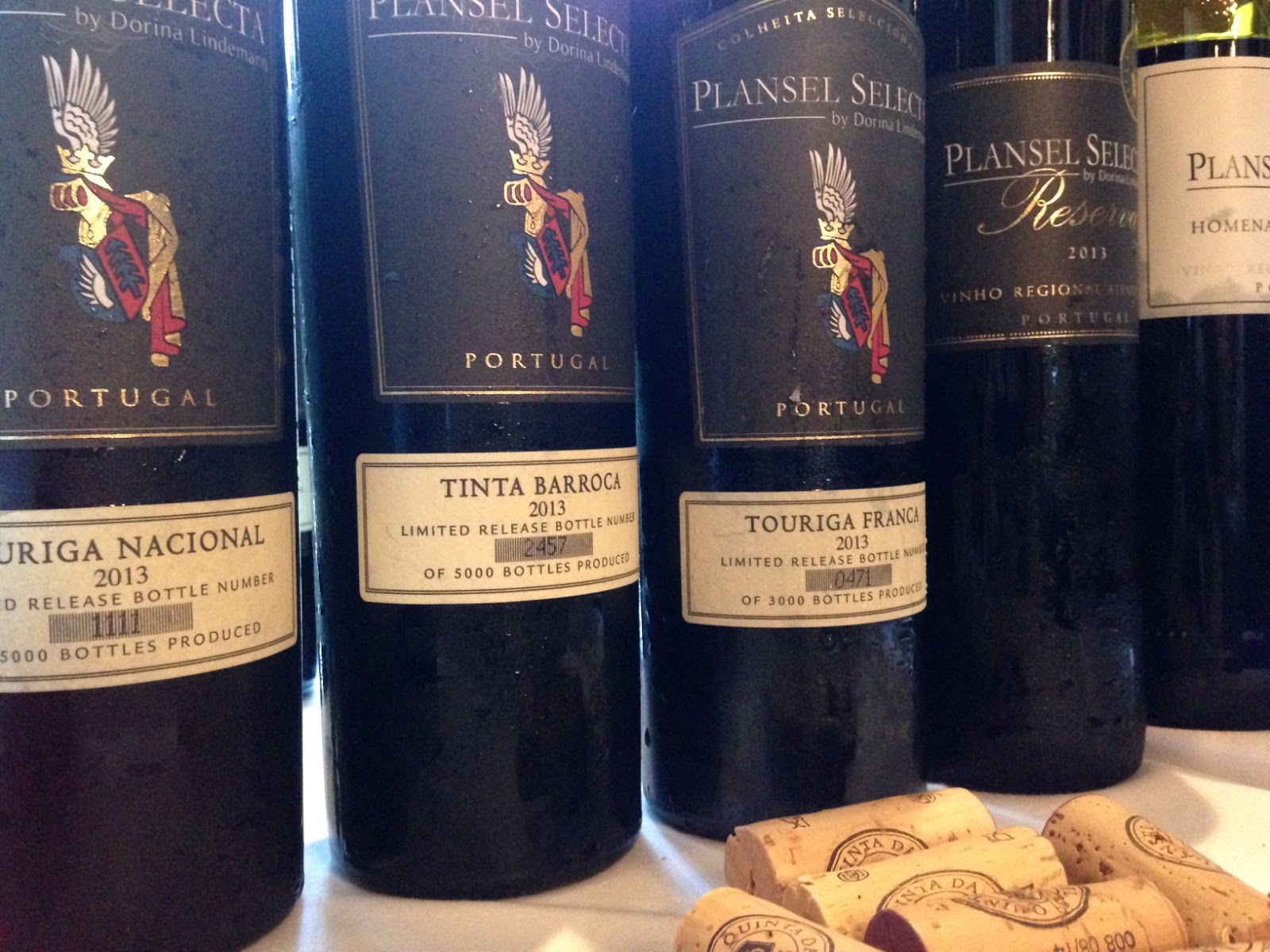 Dorina’s wines somehow express this femininity. Yes, they may have 14+% alcohol but all have a fresh natural acidity and ample fruit concentration – in my opinion: balanced and graceful.