For those of us who reside on Hong Kong Island, Kowloon and the New Territories are dark, uncharted territories. But for those brave enough to venture into such unknowns, a bevy of great local food can be found. Sham Shui Po, in particular, has always been known as a little foodie gem. Traditionally associated with poverty, caged housing and all things negative, this crowded, bustling section of Kowloon houses four restaurants recognised by the Michelin Guide's Bib Gourmand section (a cheaper, street food section of the guide for poor sods like me who would have to sell a kidney to eat at some of the restaurants recommended by the 'regular' Michelin guidebook). So, has Michelin nailed its street food selections – especially as the guide is usually synonymous with luxurious restaurants and fine dining? There was only one way to find out, so I boarded the MTR to the other side of Hong Kong.

My plan was simple: to try as many of the places as possible. But since I was on a solo mission, I decided to omit Tim Ho Wan, simply because everyone has eaten dim sum there at least once. Still, the chain's Sham Shui Po branch is the original shop and does warrant a visit another time. Also, Kwan Kee Store, another Michelin-recommended eatery, was closed when I visited. However, I have heard good things about their traditional Chinese pastries and cakes. If you are in the area, do stop by for a small sweet bite. 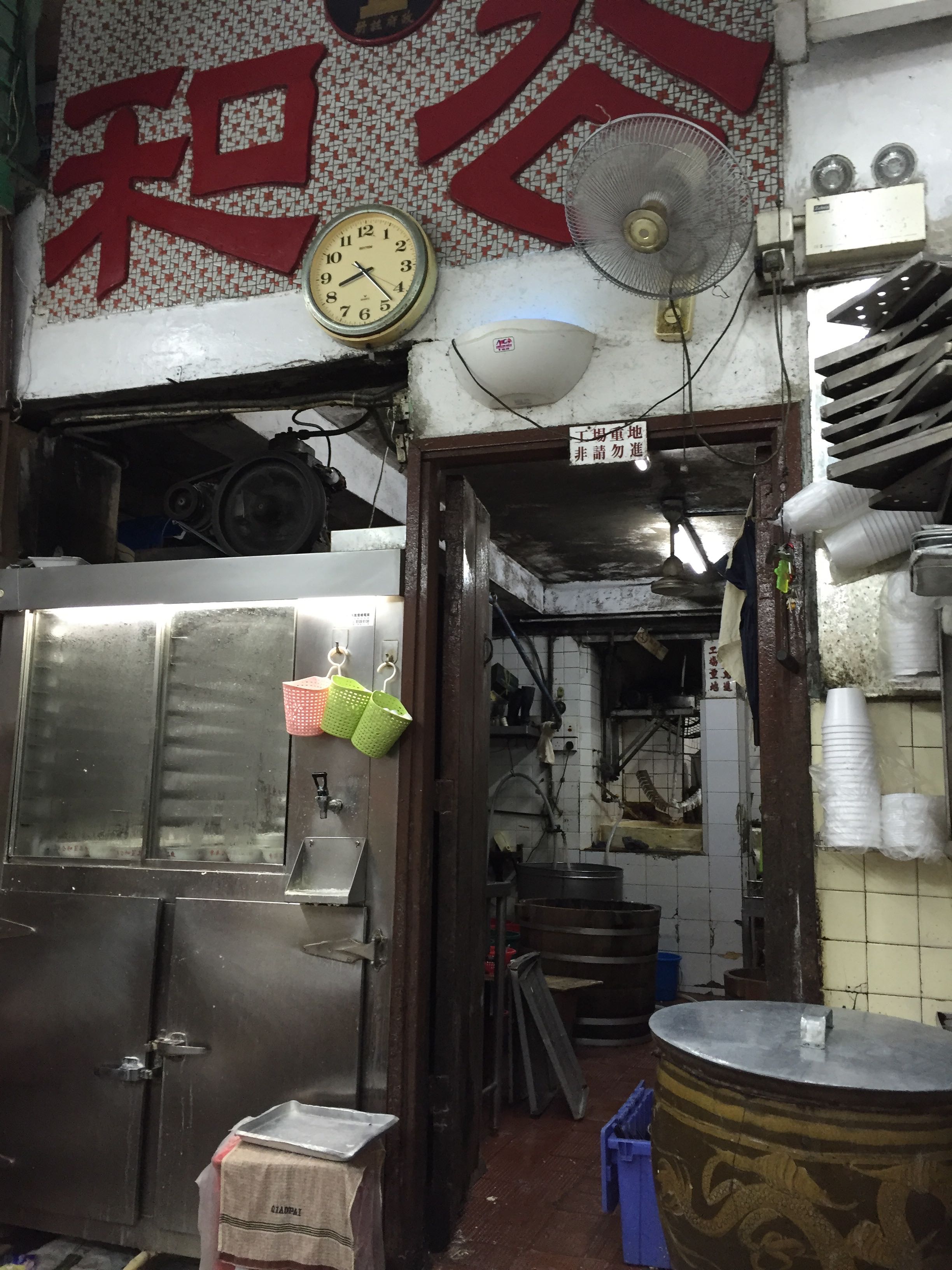 The first restaurant I tried was Kung Wo Tofu Factory (Kong Wo Dou Bun Chong), a century-old brand specialising in all things soy. All the tofu and soy produce sold in the restaurant are freshly made at the back of the shop. While the store is humble, dark and slightly dirty, it still attracts hordes of people who come here for the silken tofu pudding, deep-fried tofu and fried tofu with minced fish. 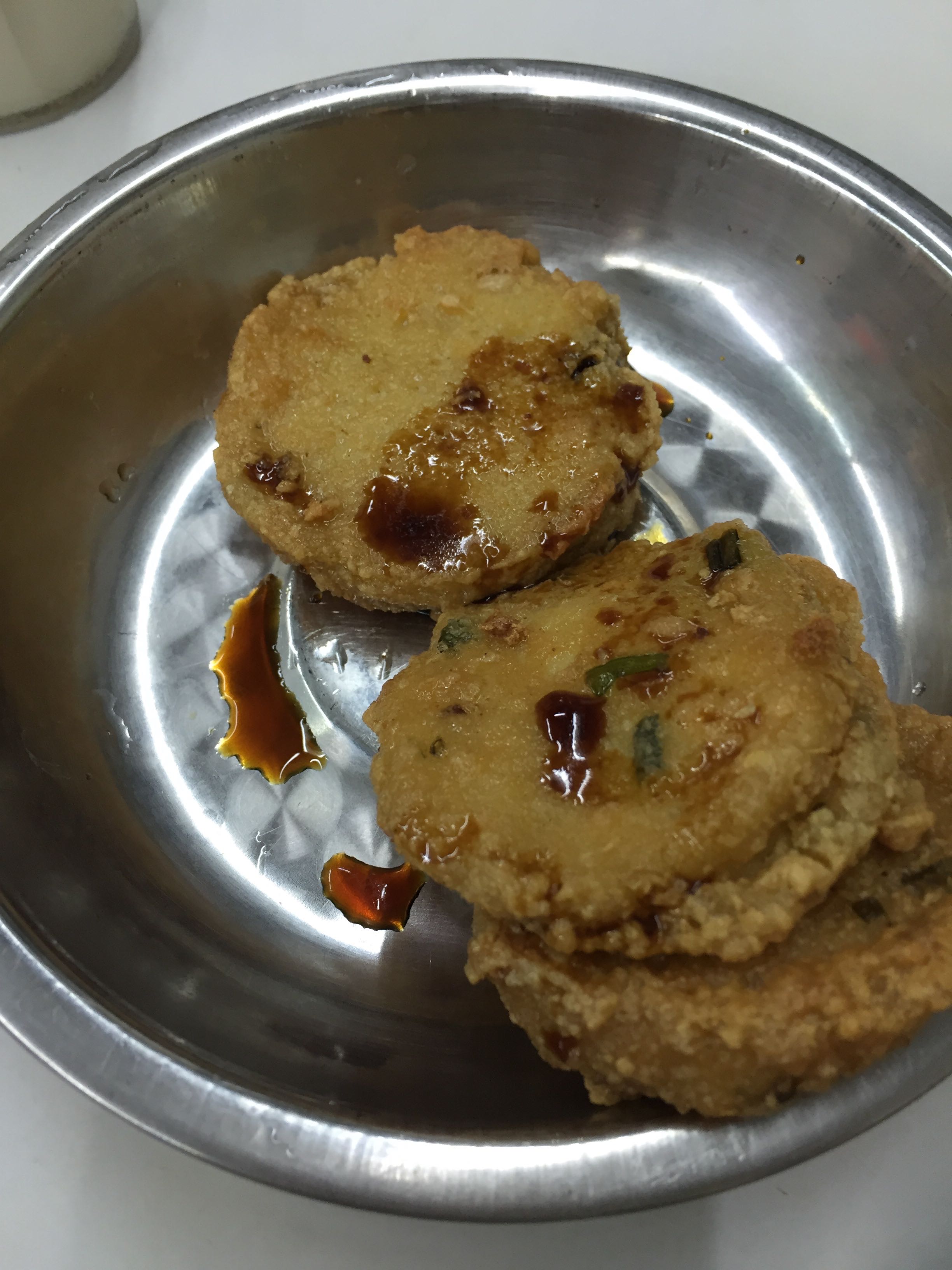 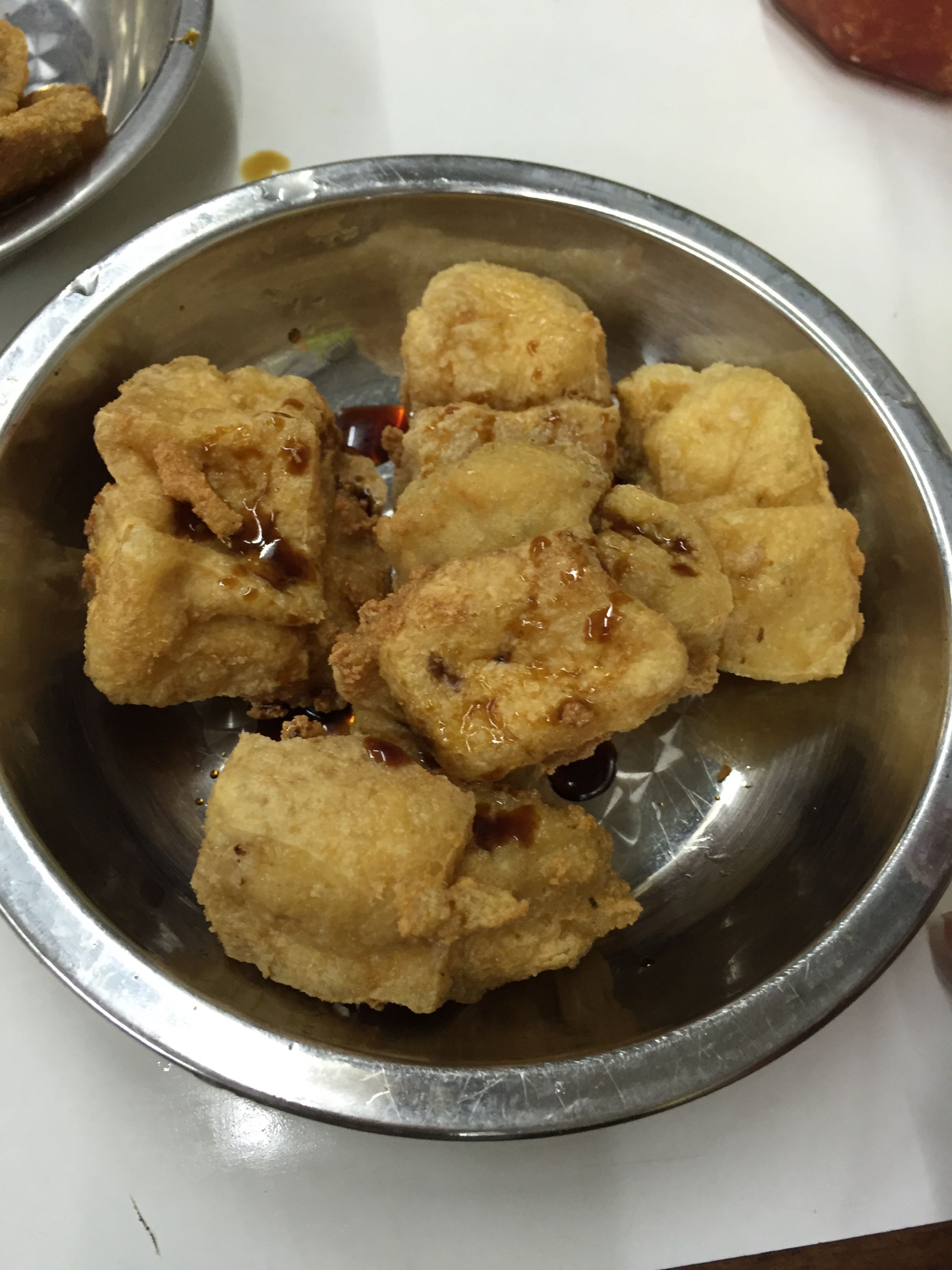 Unfortunately, as I arrived at around 8pm, the store was just about to close and a lot of the signatures had already sold out. I ordered the deep-fried tofu ($10) and the fried fish tofu ($10). As the tofu was made in house, the taste of soy was much more apparent than in those sold at supermarkets. Served with a dash of soy and spicy dou ban jiang (a salty, pungent Chinese chilli sauce), it was a hearty, tasty mouthful. However, the tofu was not fried on the spot, making it also rather cold and stodgy. So this was a sigh rather than an exclamation mark. But I have been to Kung Wo numerous times before and had better experiences than this one, so I would still strongly recommend the restaurant. But do come before 8pm if you want your food freshly made and piping hot.

Second on the list was Lau Sum Kee Noodle, a 50-year-old restaurant that still makes its noodles from scratch. What make Lau Sum Kee stand out amongst Hong Kong's numerous noodle restaurants is that it is one of the few remaining places (Wanchai's Wing Wah Noodle Shop is another) that still uses the traditional method of kneading dough with a heavy bamboo pole. This creates a firmer, more textured noodle. Lau Sum Kee is also famous for their lo mein (dry noodles), served with a massive portion of dried shrimp roe to give them a huge umami punch. 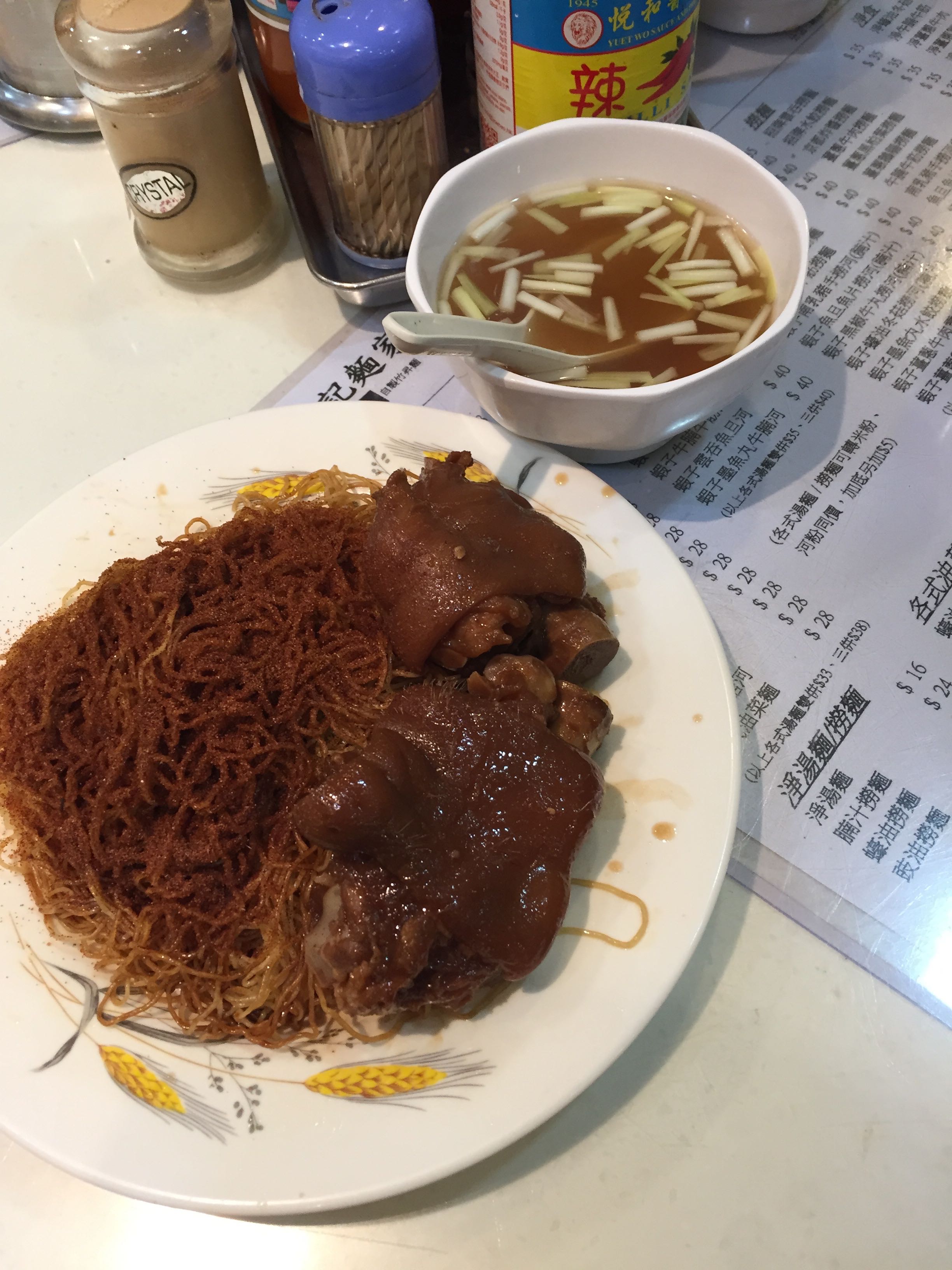 The pig's trotter shrimp roe lo mein ($45) – as I have repeatedly said, Chinese people are the masters of offcuts and offal – was a clear display of the store's generosity. Shrimp roe was liberally added to the giant heap of noodles, perhaps too much, so the taste of umami sadly overwhelmed the delicate noodles. The noodles themselves had that lovely *snap* to them but could have used a bit more sauce, as they were teetering on the dry side. The trotters were gelatinous and soft, as they should be, but were really nothing above average. I also had the misfortune of receiving a rather hairy piece, which did not bode well and remained firmly on my plate. If you do wish to satisfy a sudden craving for bamboo-kneaded noodles, I suggest Wing Wah in Wanchai. Prices will be higher and portions will be smaller, but there will be no bristles on your trotters. Still, Lau Sum Kee's generosity is something that every restaurant should embrace. 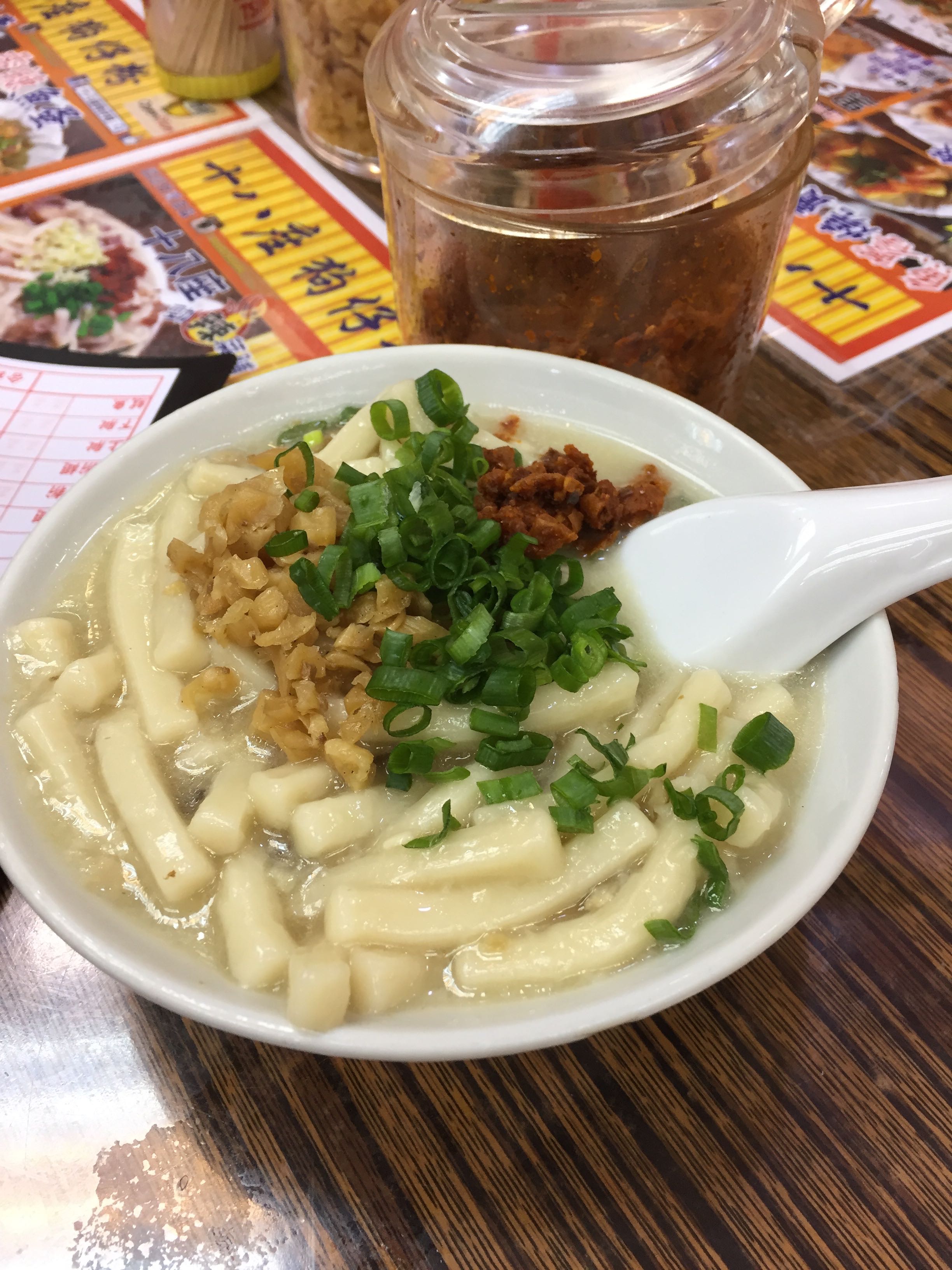 Another noodle stall recommended by the Michelin street food guide is  Block 18 Doggie's Noodle. Despite their humorous name, doggie noodles were immensely popular a few decades ago as a filling, heart-warming snack. Thanks to a revival amongst traditional Cantonese snack shops in the city, doggie noodles have once again resurfaced to mainstream popularity. Served in a thick, powerful broth made of dried shrimp, mushroom and cubed pieces of lard, these stubby-thick noodles are soft, succulent and extremely tasty. The whole bowl is elevated by the addition of pickled radish, where the salty, savoury punch complements the noodles and broth. Be wary when adding in the spicy pickle, though – these tiny suckers pack a ton of heat – but do add them as they bring life and spark into an otherwise one-dimensional bowl of noodles. Prices are extremely easy on the wallet, at only $20 for a hearty bowl of noodles. 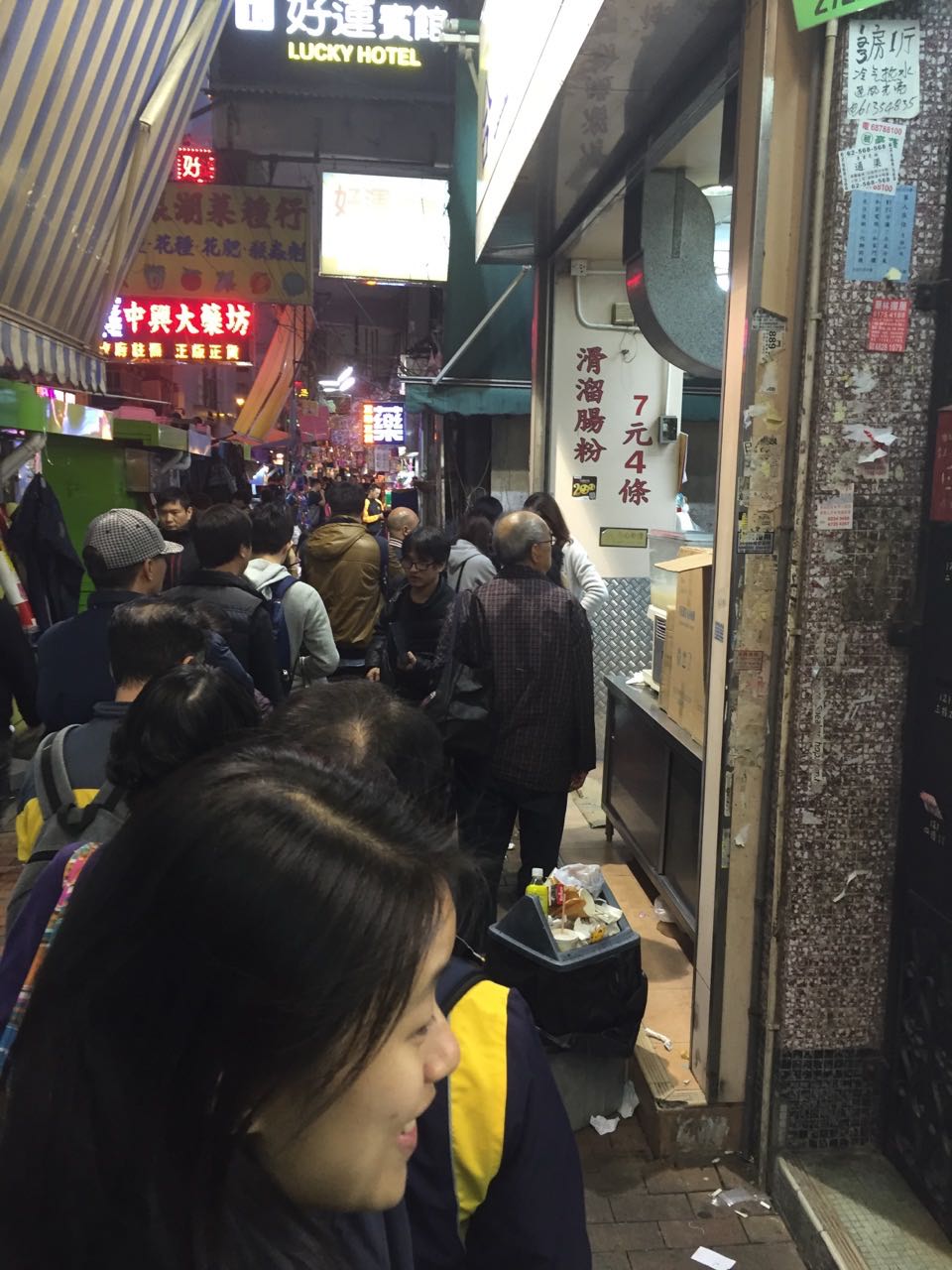 Finally, with a rather full stomach, I made my way to my final destination. Unlike the other three, Hop Yik Tai is a snack shop that specialises in cheung fun (steamed rice rolls). By the time I arrived, there was already a long line outside the store.

On their own, cheung fun are bland to the point of tasteless, hence most restaurants boost their flavour by either stuffing the insides with a variety of ingredients like char siu (barbecued pork) or by serving them with an assortment of sauces that the customers can add on themselves. Hop Yik Tai follows the latter style. 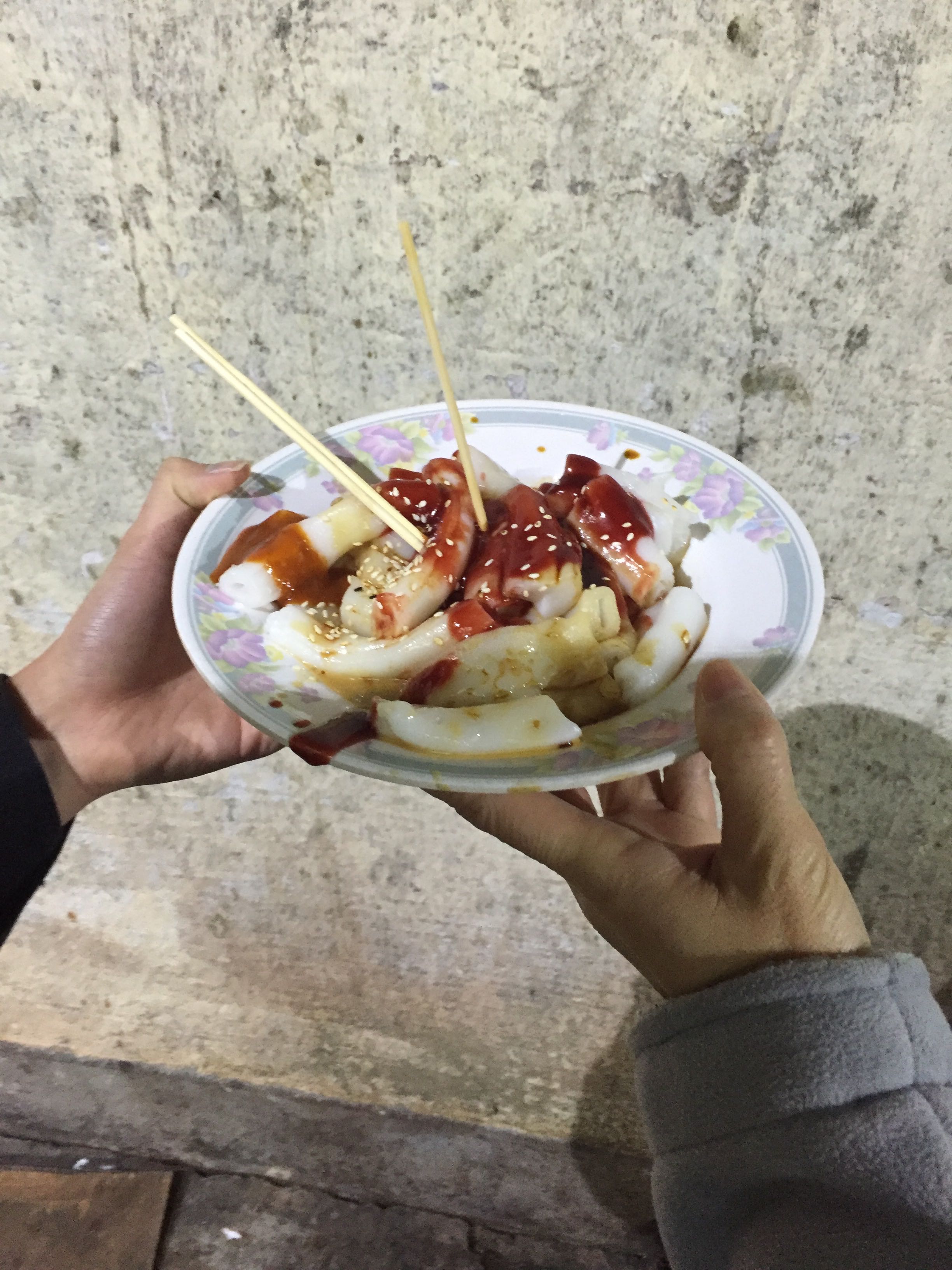 At Hop Yik Tai, the cheung fun were served steaming hot, snipped expertly by a lady with a large pair of scissors, along with peanut, sweet, soy and a dash of hot sauces (yes, I like them like that). The cheung fun ($10) were incorporated with lard and, as such, had an extra level of richness and flavour. All mixed together, the sauces themselves created a fusion of flavours – proof that if you mix a nice bunch of things together, the end product can still taste good. But, then again, is this dish simply just cheung fun with a variety of store-bought condiments? I guess so. Hop Yik Tai is better than your average snack shop and warrants a visit if you have the time, but does it reach Michelin standards? I don't think I can answer that.

So has Michelin nailed all its choices? All the restaurants I visited had flaws and, in general, were not as tasty as one would associate with places recommended by the esteemed guide (Michelin, despite being synonymous with snobbery and excess, are generally a good judge of food). Still, it is commendable to see the guide promote local Hong Kong culture and street food, rather than just fine dining and five-star hotel restaurants. Sham Shui Po is a great place to have tasty local food, and I strongly encourage you to make the journey there to see and taste another side of Hong Kong.