I had heard about Chicha for quite some time, so of course, in true Hong Kong style, the hype surrounding the restaurant's Peruvian fare prevailed and I finally made a reservation. Tucked away on Peel Street in Central, this restaurant has an open-concept interior (think picnic-esque tables in two rows; you just might be double-dating with another couple beside you) that is dark yet inviting. While I was impressed with the ambiance of the restaurant and felt the service was good, unfortunately, I wasn't "wowed" by the food and I left Chicha with a full, but unsatisfied stomach.

To start off our meal, we ordered the Tuna Causa (yellow potato, avocado, tuna, aji Limo aioli), Ceviche Nikkei (seabass, shrimps, and scallops with mirin, soy, ponzu and aji Limo Leche De Tigre), and the Aguadito de Pollo (Peruvian traditional rice soup with shredded chicken). All three dishes were very presentable, however, the Causa and the rice soup were lacking in flavour. The Ceviche on the other hand was extremely fresh and satisfying, and the accompaniments surrounding the seafood added a refreshing texture to the plate. 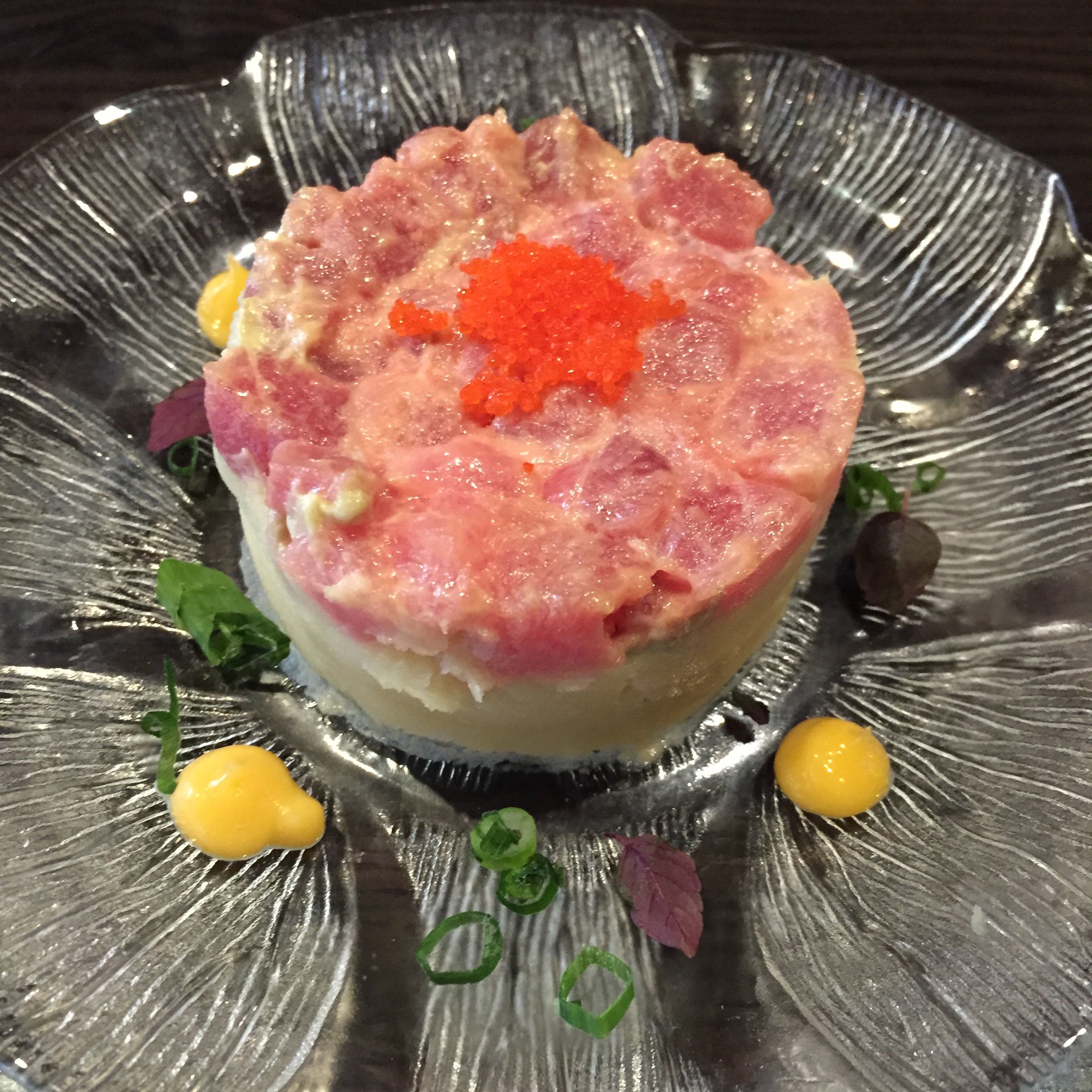 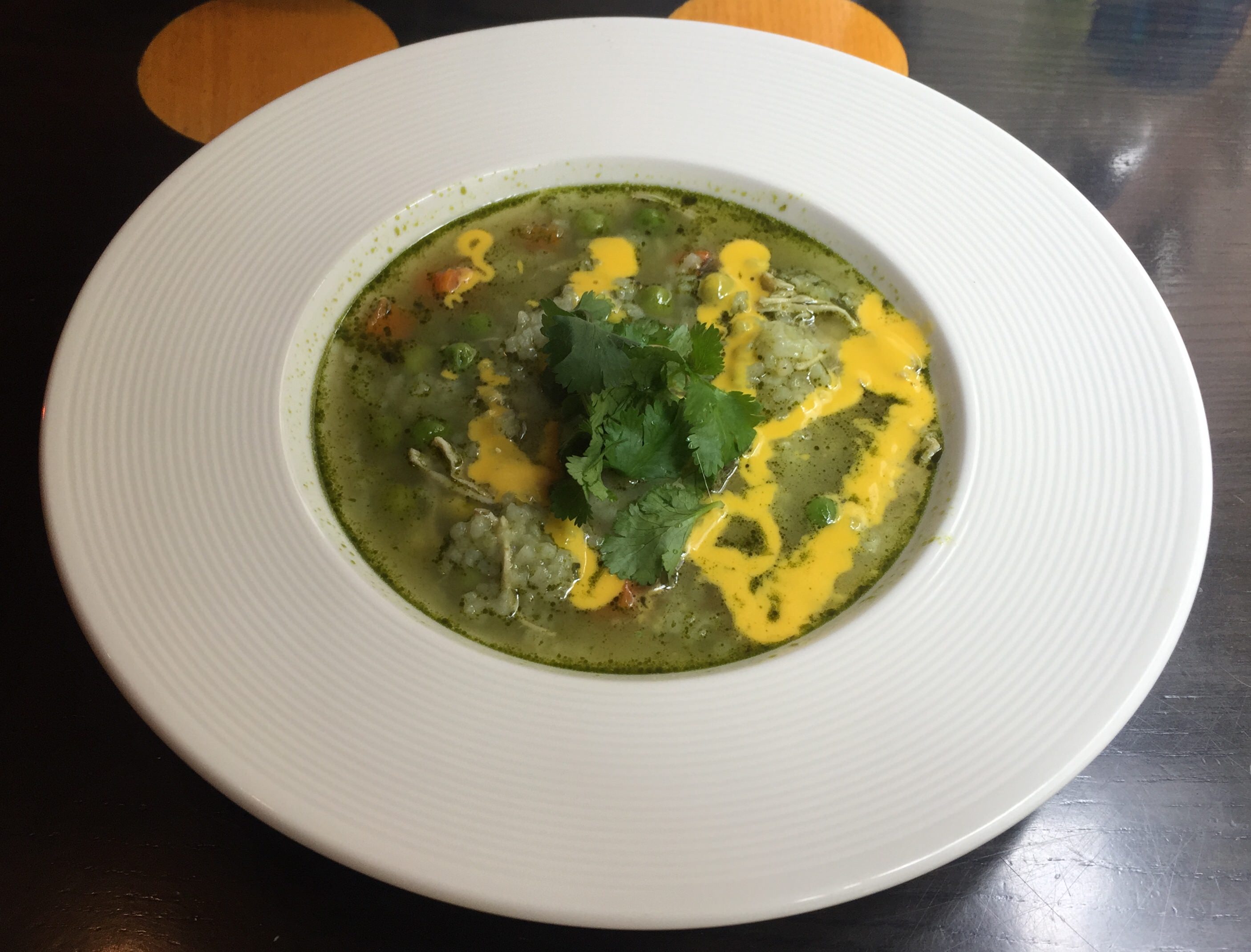 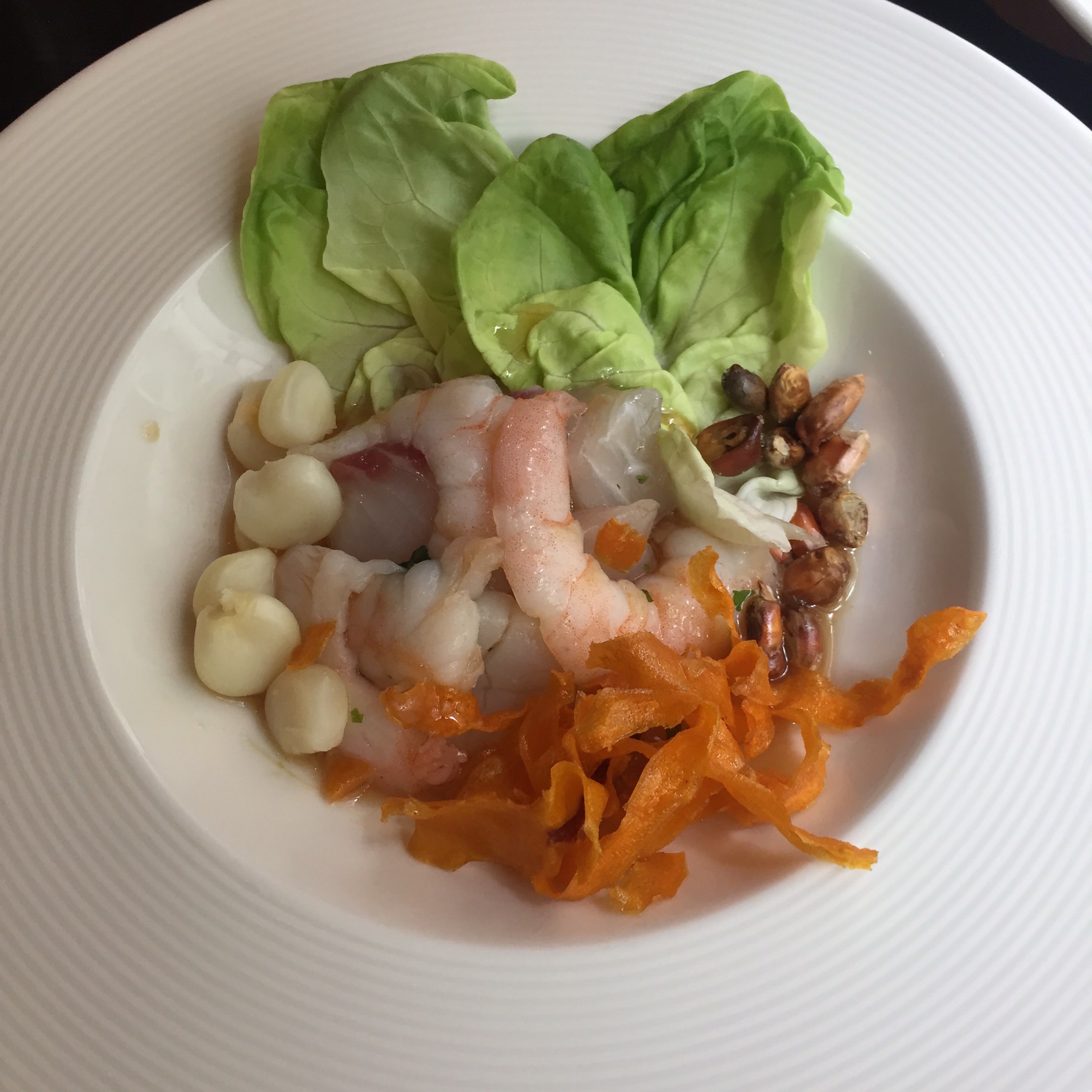 After our starters, a plate of pork belly sliders were brought to our table as a complimentary snack. I thought this was a really nice touch; something you don't often come across when dining out in HK. These sliders were actually very tasty - the pork was juicy and the sauce wasn't overpowering. 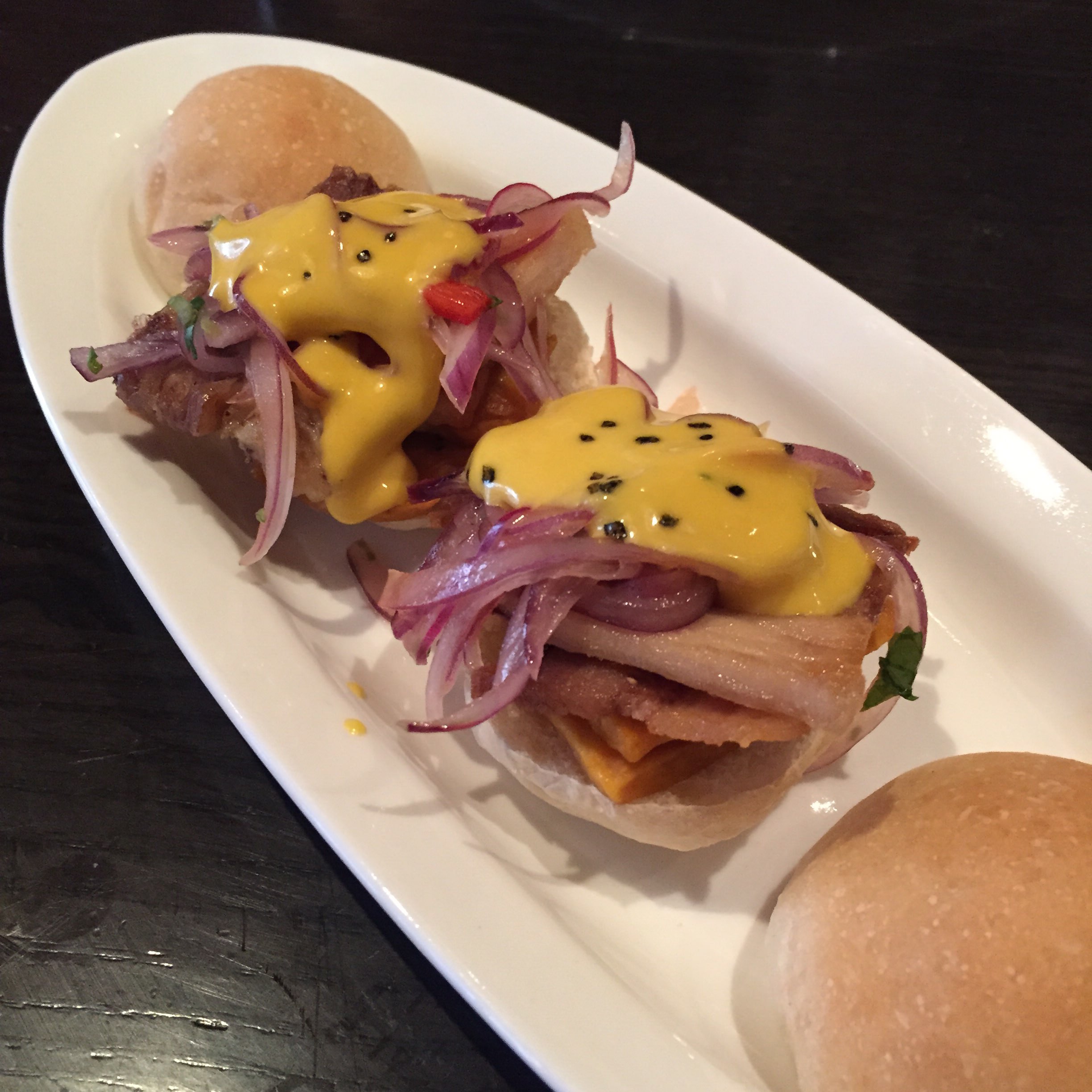 Having never ordered Peruvian food, we weren't entirely sure what each of the items were or how they would look when they came out. Our waitress had difficulty explaining them, so we literally had no clue what type of dishes were going to be placed in front of us. Would have been great if there was a photo beside each item on the menu to make selecting each dish a bit easier.

So, with blind eyes we ordered the Pollo a la Brasa (Juzu marinated split chicken, aromatic rice, and fiery Rocoto tomato salsa), Marisco Jugoso (Aji Amarillo sea urchin rice with sea bass, squid, prawns, and scallop), Lomo Saltado (wok-fried beef tenderloin, peppers, red onions, soy, choclo rice, and papas), and Corvina a la Casmena (grilled seabass, hot orange Leche de Tigre, salsa chalaquita, and grilled plantain). All four dishes came out looking divine, however, they all tasted as though they weren't made-to-order and came to the table warm instead of hot. It would be nice if the staff would focus less on the presentation (coriander was placed on top of most dishes - perhaps to add flavour to the lack of taste in the actual dish?) and more on the quality of food, since I do think Chicha has so much potential! 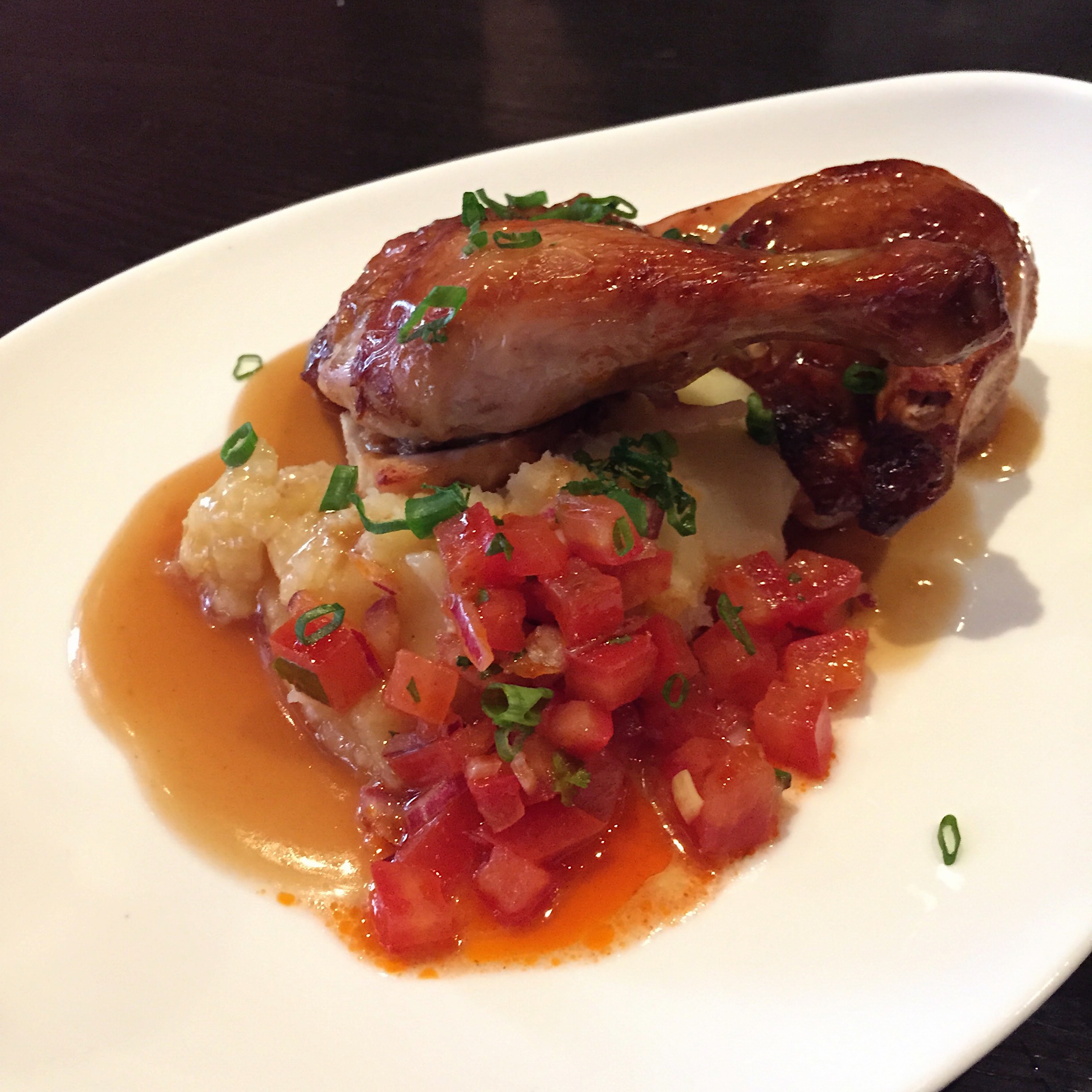 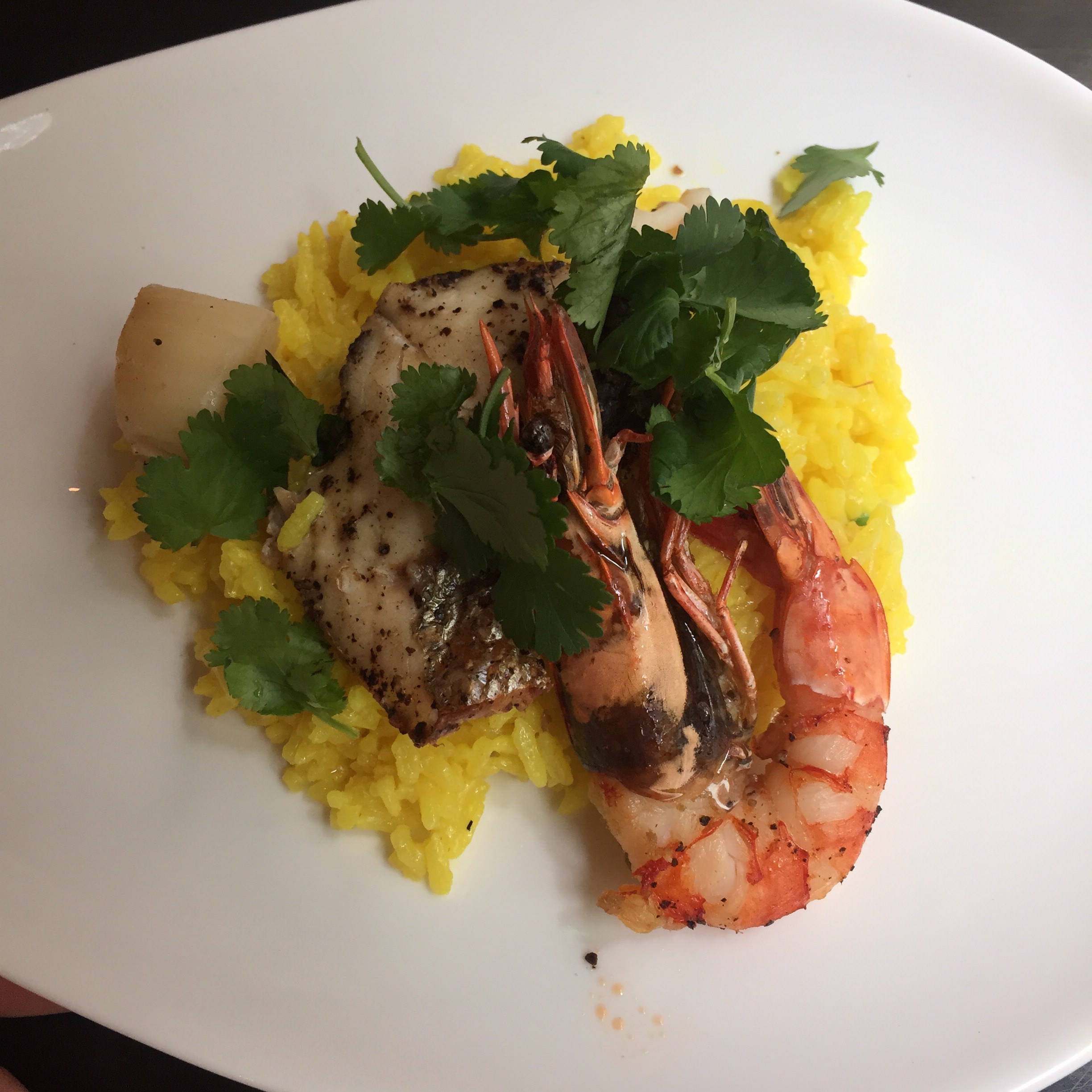 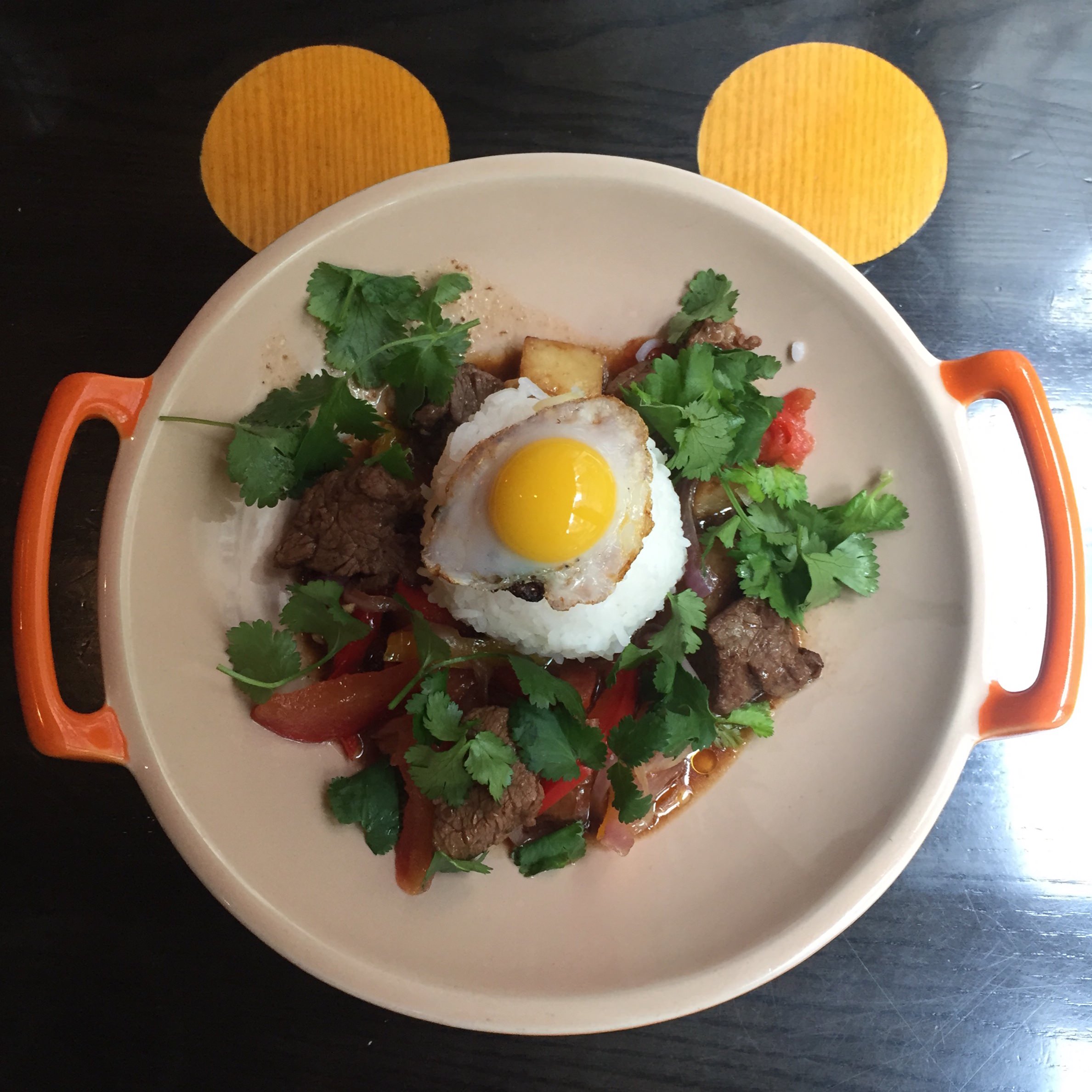 Obviously, in my usual fatty style, we ordered dessert. We tried the Lucuma Sundae (mixed berries, honeycomb, espresso Manjar Blanco, and amaretti crumbs) and their Picarones (fried sweet potato donut with orange spiced syrup). The sundae was hands-down the best part of my meal at Chicha. The flavours and textures matched together perfectly; a rich, creamy, crunchy piece of heaven in a glass. I almost wish I had gotten three courses of just this!

Unfortunately, I can't say the same for the fried Peruvian donut, which I was really looking forward to. The donut must have been left in the deep fryer for far too long, as I literally couldn't even put my fork into it (attempting to eat this proved to be an awkward challenge). The syrup was delicious, but the donut was rock solid. 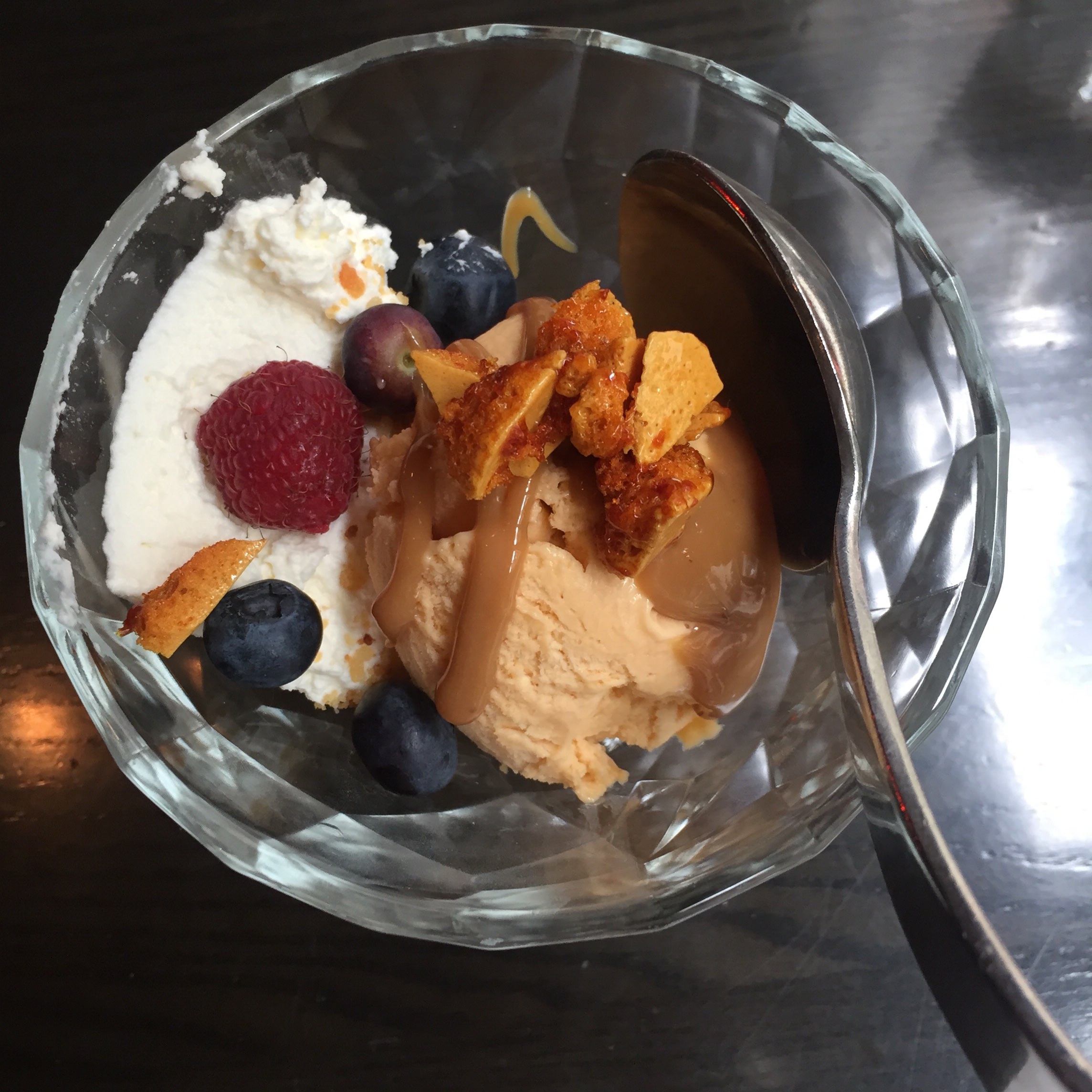 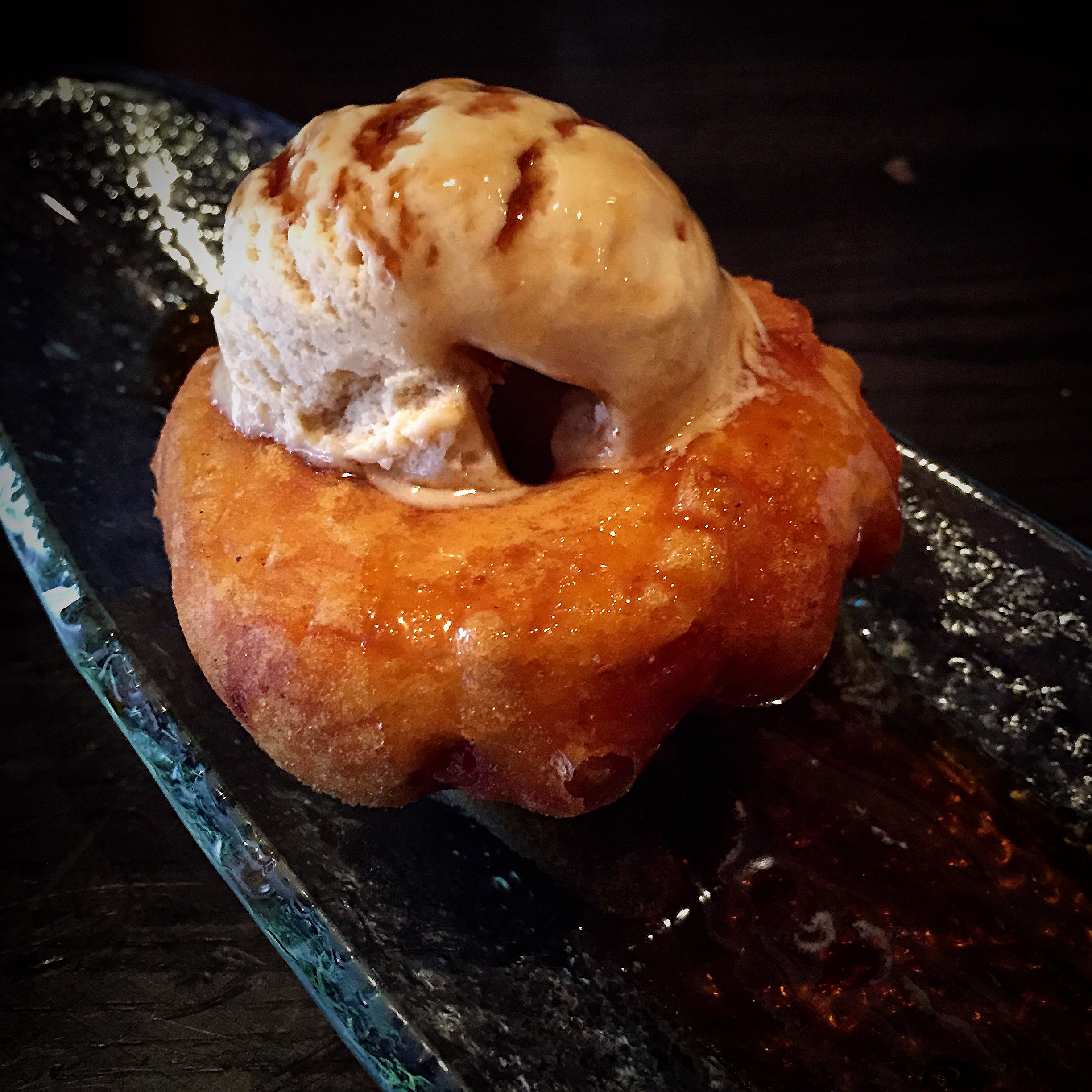 Overall, I liked the atmosphere of the restaurant, the service, and the presentation of each dish, but I was quite disappointed in the meal given the price and lack of quality. Chicha has a lot of potential to be a fantastic Peruvian restaurant, but they really need to focus on actually incorporating the bold flavours that are written on their menu into the dishes themselves.