The perfect blend of Indian spices with a Californian flare

Following the success of Preeti Mistry on the hit TV series Top Chef, the chef opened the original Juhu Beach Club first in California, then, given Hong Kong's well-regarded claim as a foodie haven, Preeti had her eyes set on this city for her next restaurant. The food served at Juhu Beach Club uses a mix of Indian spices with a Californian flare, both of which balance out the dishes. 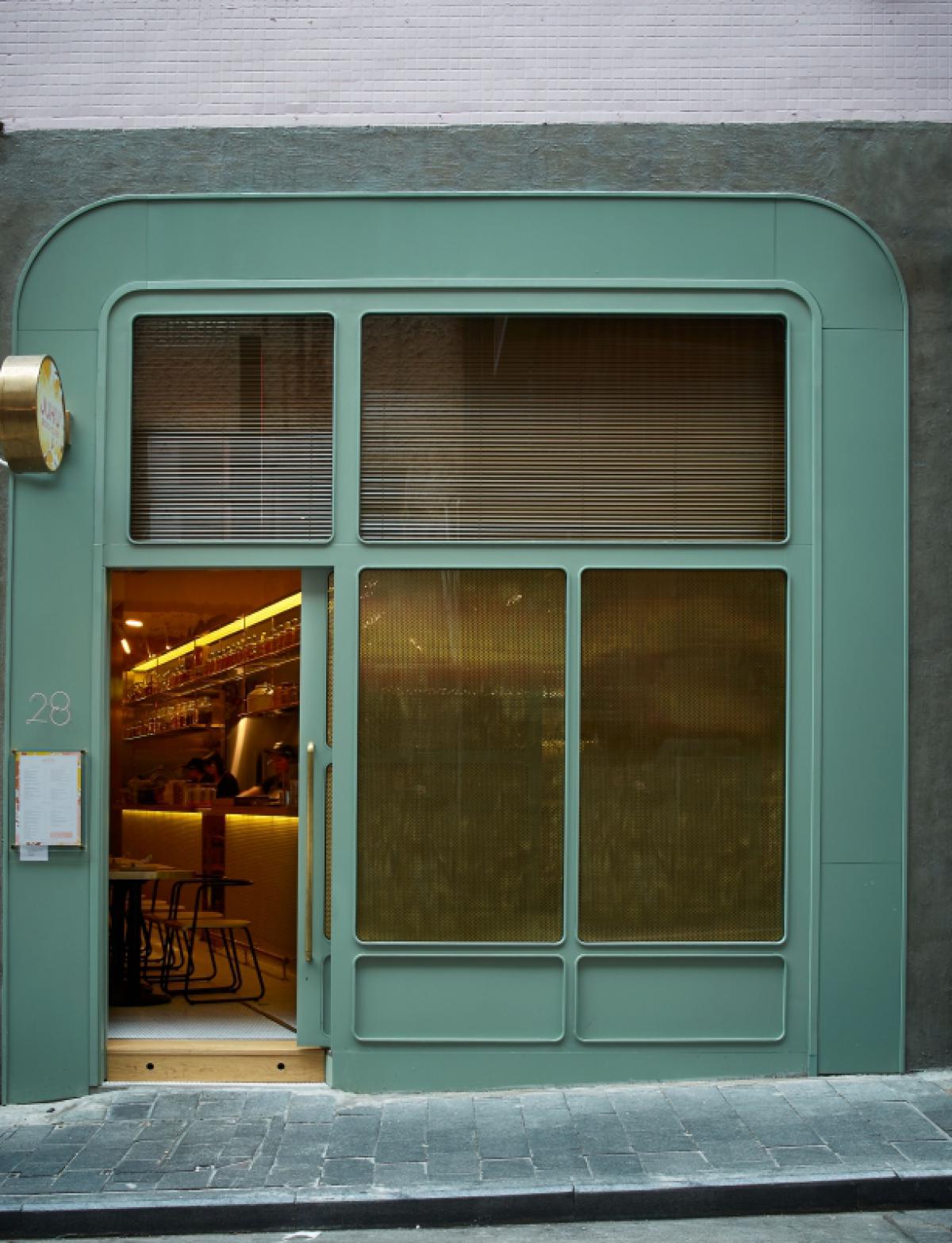 Despite being small in size, the restaurant has utilized eye-catching decor throughout in the form of mirrors and funky hand-painted cutting-board displays, giving a more spacious feel and a touch of warmth. The staff were very friendly and helpful, offering menu suggestions and were very welcoming. The background music had us slightly confused with its mix of rap and pop that didn't seem to fit with the overall vibe and then there was an arresting blast of banging Indian music playing in the washrooms, so perhaps finding a comfortable balance of tunes would create a more authentic experience. 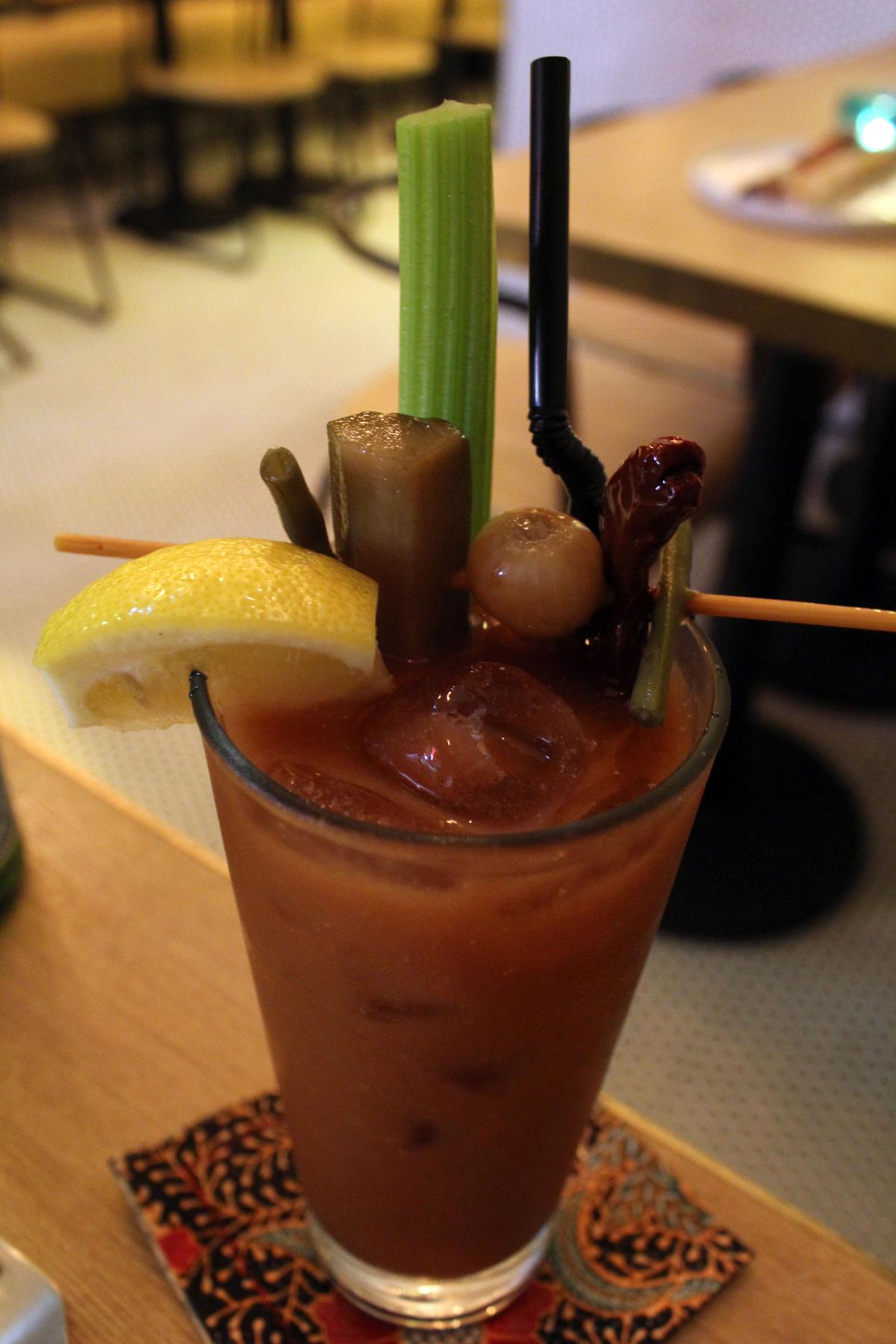 Despite being warned about the spiciness of the Bloody Meera ($88) – thanks to the addition of scorpion powder (what that actually entails, we aren't sure) – we opted to give it a try. The flavours complemented each other, and although it was spicy, we heartily welcomed the kick. Another great cocktail for those who like tequila is the Elephant's Fury ($88), made with homemade turmeric syrup, lime and ghost pepper. 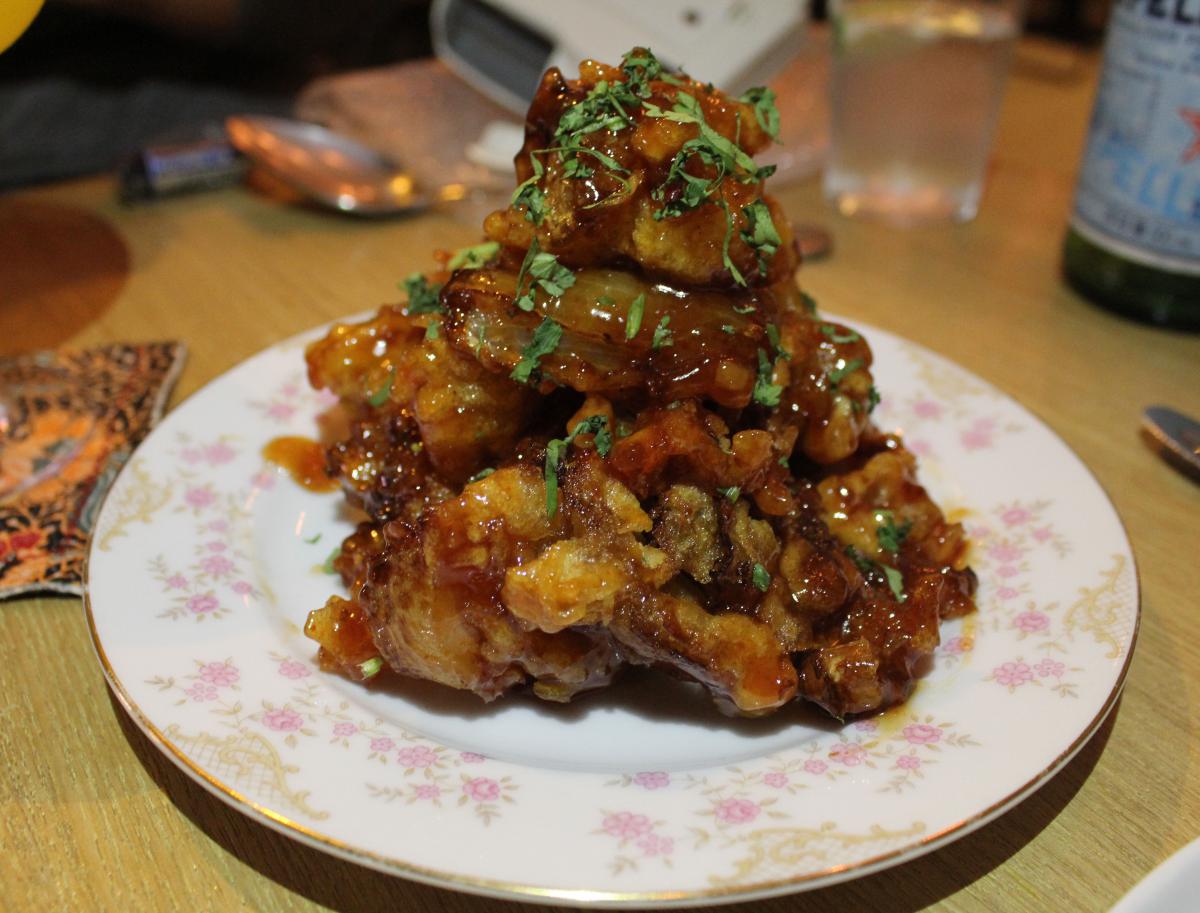 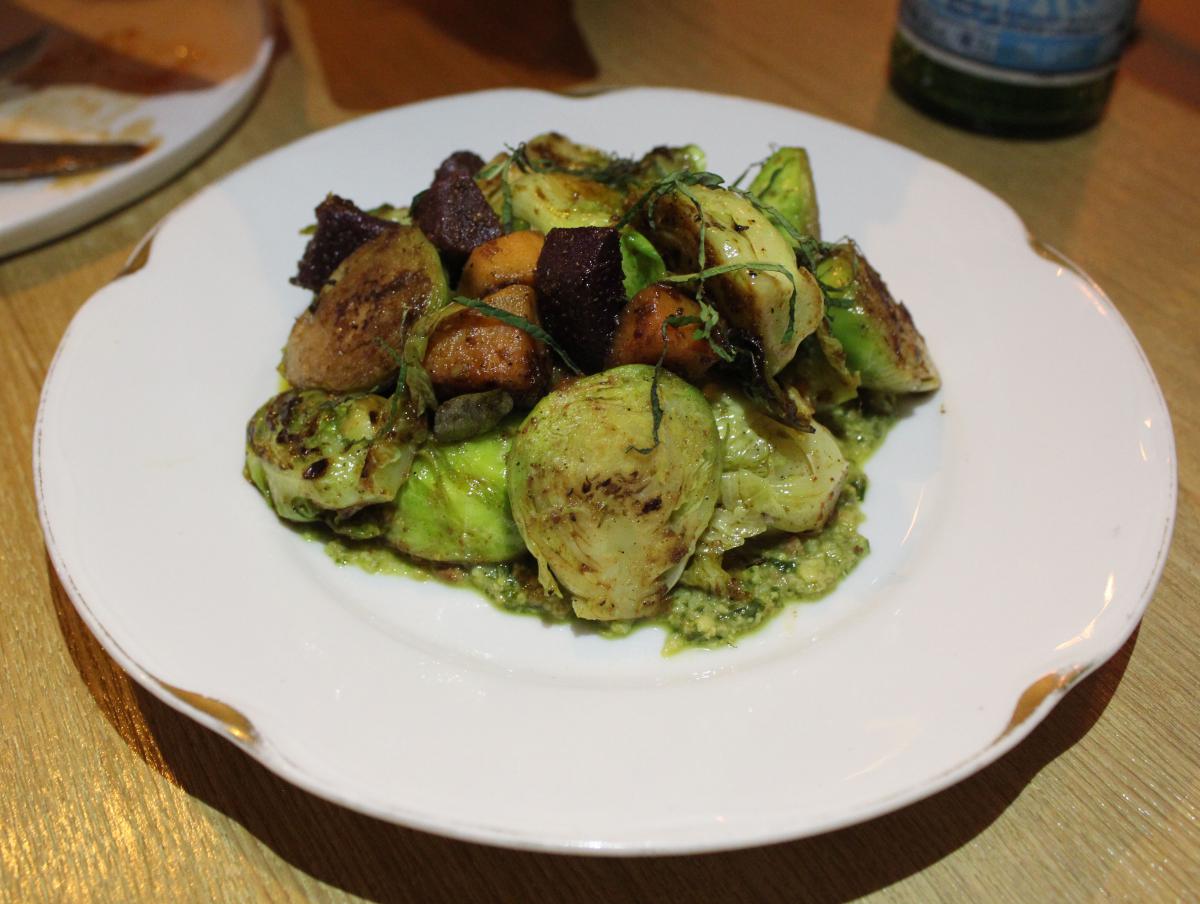 Before arriving for dinner, we had heard rave reviews about the Manchurian Cauliflower ($98), fried cauliflower in a sweet, sour and sticky sauce, so that was at the top of our must-order list. The reviews were right; this dish was unbelievably tasty (we just wish it wasn't so unhealthy!). In hopes of balancing out that deep-fried goodness, we tried the Brussels Sprouts Nest ($98), made with ginger curry-leaf butter on a bed of fenugreek chutney. We felt this dish really embodied Juhu Beach Club's quest to fuse ingredients and spices to create well-balanced yet distinct dishes. 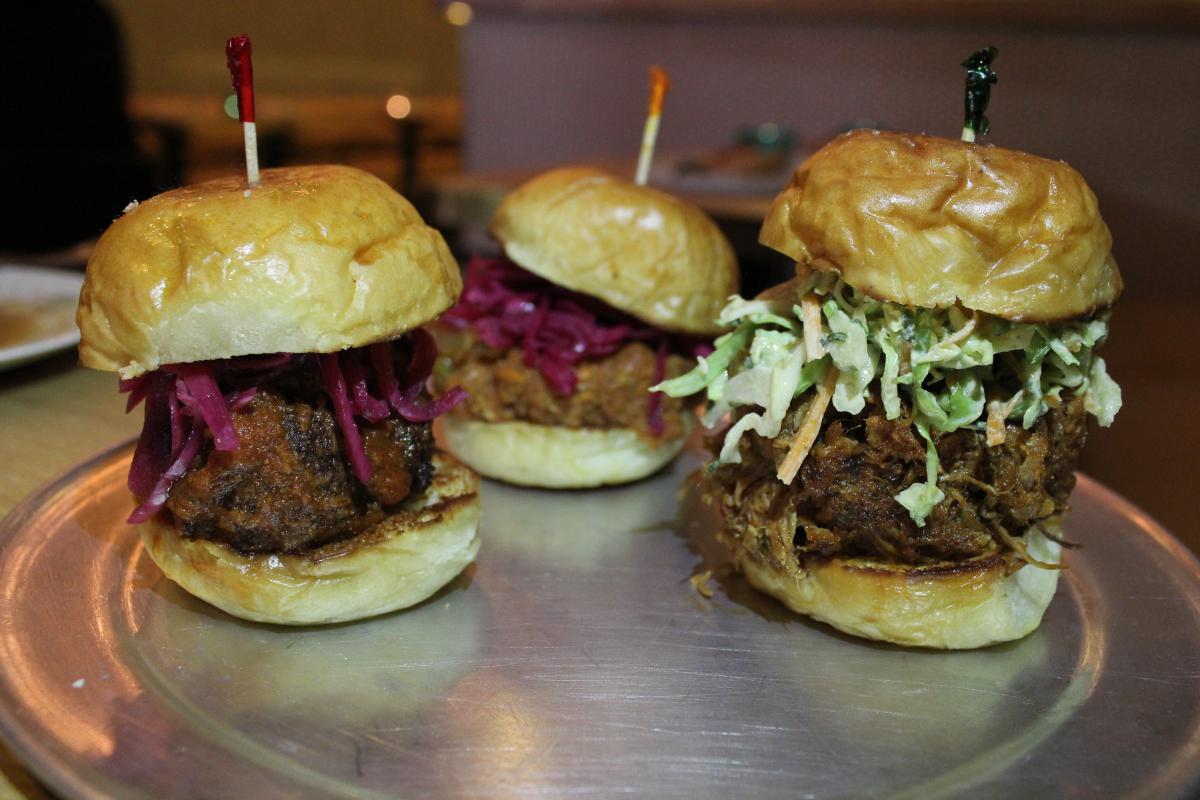 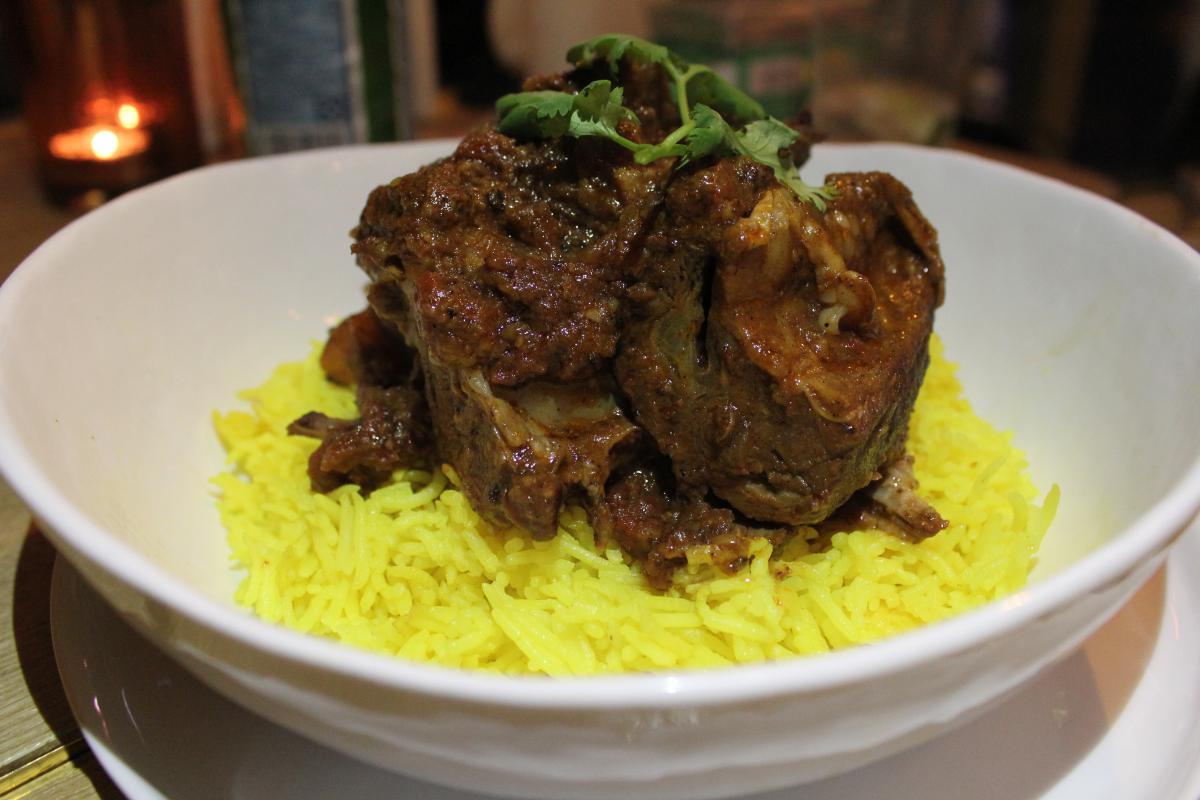 By this point, we were quite full, not realizing how large the 'small plates' would actually be (though we can't complain – we love food that's both delicious and great value). Since the pavs (essentially sliders) are Juhu Beach Club's speciality, we decided on the Trio of Pavs ($138). Our least favourite was the Chowpatty Chicken; the chicken slightly resembled a pile of mush instead of an actual patty like we had been expecting. The Beefy Baller and Pork Vindalated pavs were both good but nothing to rave about, as we felt they could have used more Indian spices. But the Holy Cow Short Rib Curry ($258) did the trick with its smoky black-cardamom-braised Canadian short rib that was very tender and wasn't overpowered by the curry sauce. 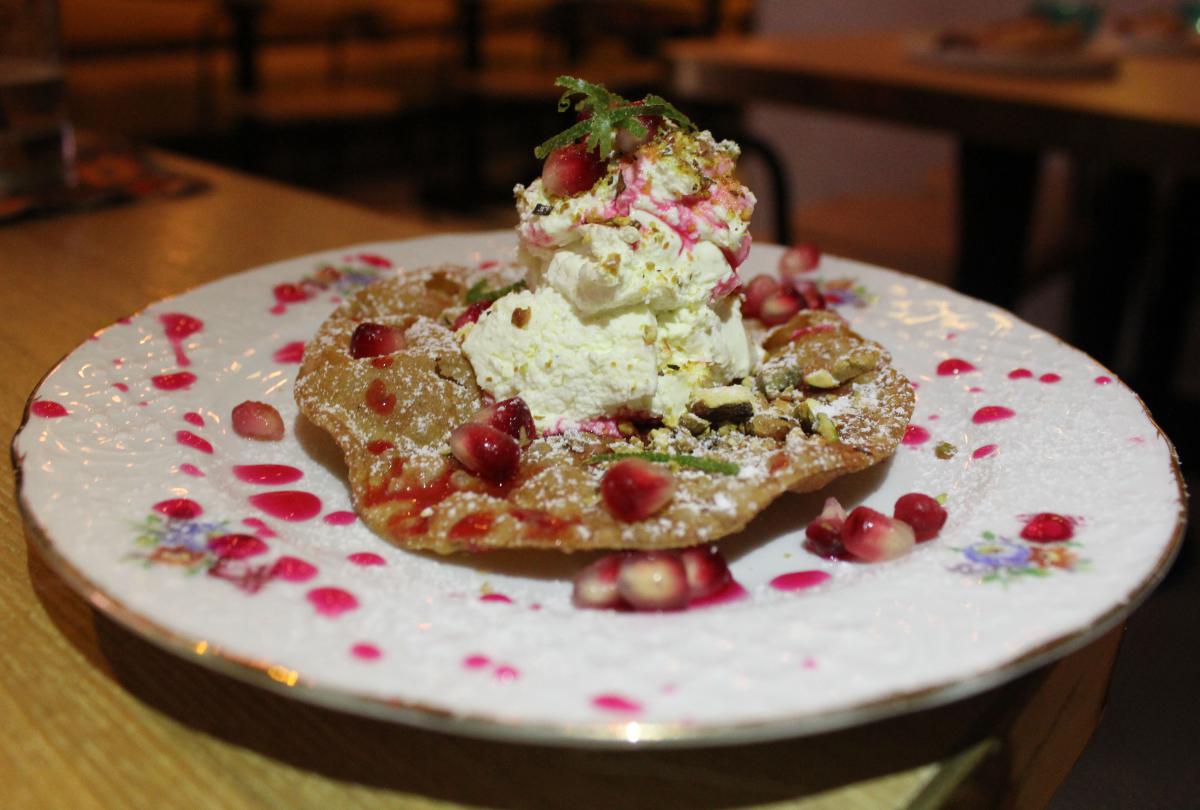 After shovelling enough food for at least four people into our mouths, we had absolutely no plans to order dessert, however, our waiter - yet again - managed to convince us to try the Crispy Tikki Puri ($68). And boy, were we thankful he did. The saffron shrikhand (made from strained yoghurt) pistachios and pomegranate on top of a lightly fried puri was a heavenly combination. Even though our stomachs had expanded at least five inches from the previous dishes, there was left nothing left on our plates.

With its funky, vibrant decor, solid service and high-quality food at very reasonable prices, we would recommend giving Juhu Beach Club a try. Given Elgin Street's unforgiving turnover of restaurants owing to high rent and competition, this is one restaurant we hope sticks around for awhile.