These 6 Chefs Prove that Eggs Are Anything but Boring

From now until 31 January, you can indulge in all things egg at one (or all!) of the following six restaurants for Hong Kong's Before the Rooster Comes the Egg campaign. A fun way to kick off the new year, this campaign showcases the chefs' abilities to play with ingredients and to take what is typically viewed as a breakfast staple and morph it into a dish filled with complexity. 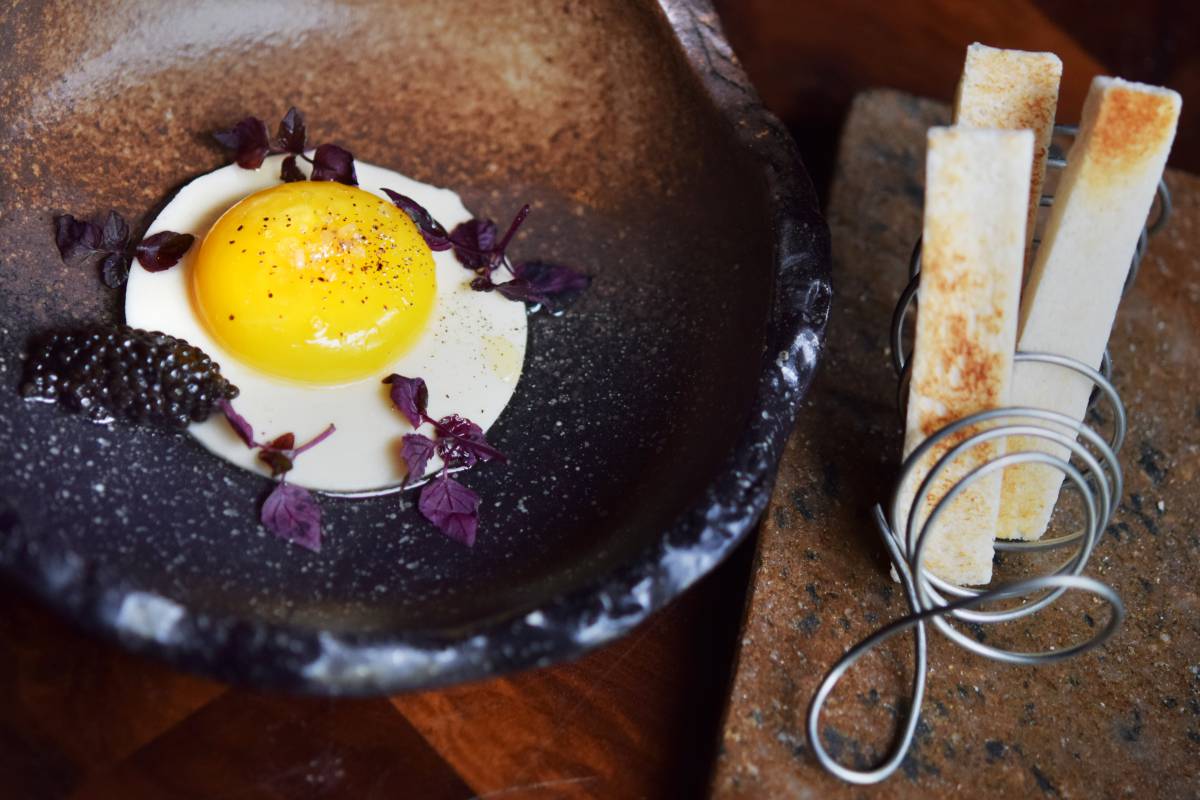 When we first saw Catalunya's The Tramezzini Soldier Egg ($148), we were taken aback by what a fantastic job Chef Ferran Tadeo did using cauliflower gelatin to replicate the egg white. A perfect Japanese soft-cooked egg yolk sits on top with rich caviar beside to complement the otherwise subtle flavours. 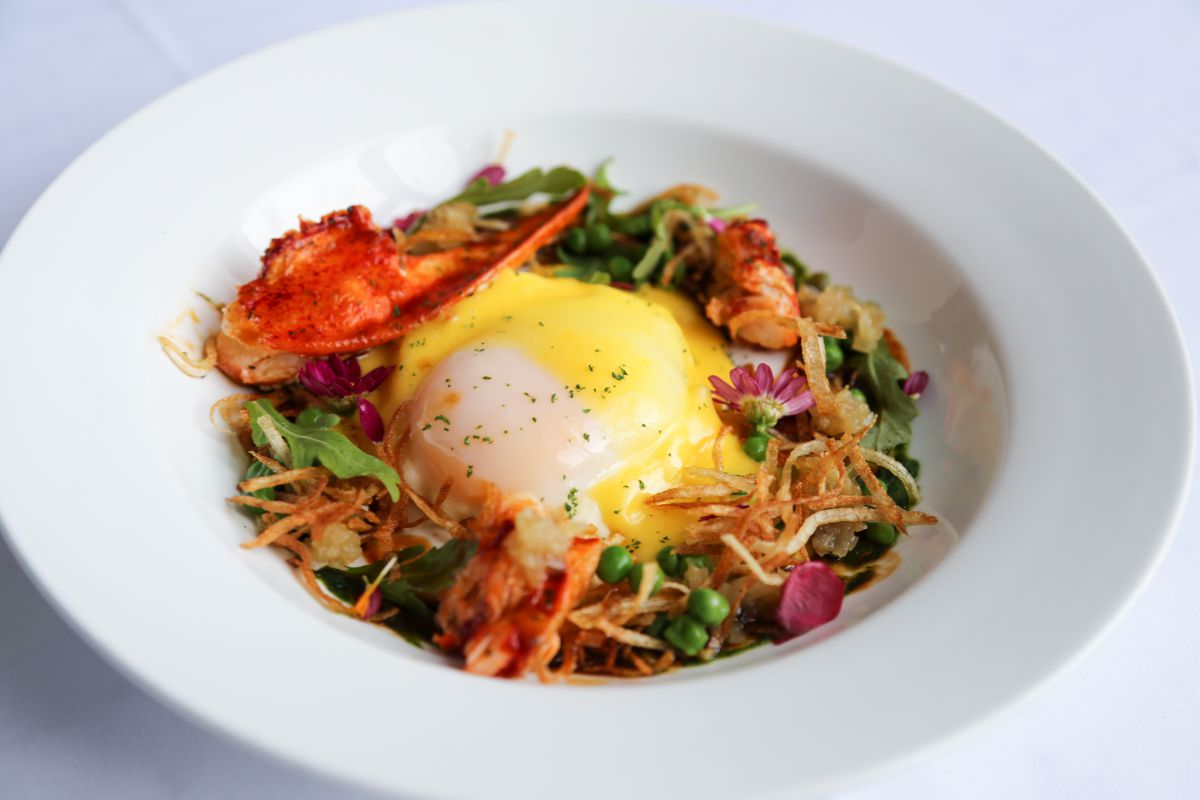 One of our favourite dishes was this egg with lobster (HK$188), prepared by Chef Alex Fargas. There was an incredibly rich flavour from the white bean ragout and wild mushrooms, and the crispy fried strips of potato added another element of texture to the dish (until they soaked up all that egg yolk). 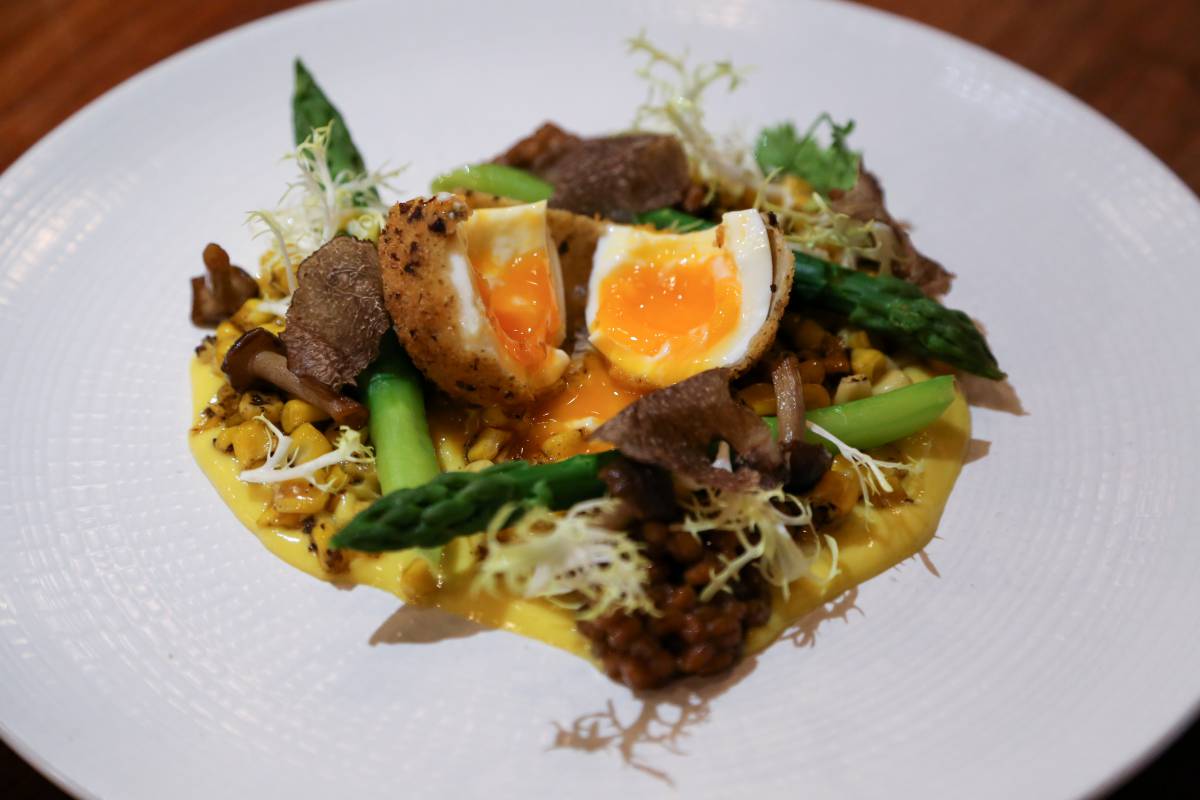 Another raved-about dish around the table was this egg in the nest ($185) masterpiece created by Chef Chris Grare. We loved every aspect of this dish, from the roasted corn and asparagus to the touch of black truffle and farro, all coupled with a crispy soft-boiled egg. This one is definitely a must try. 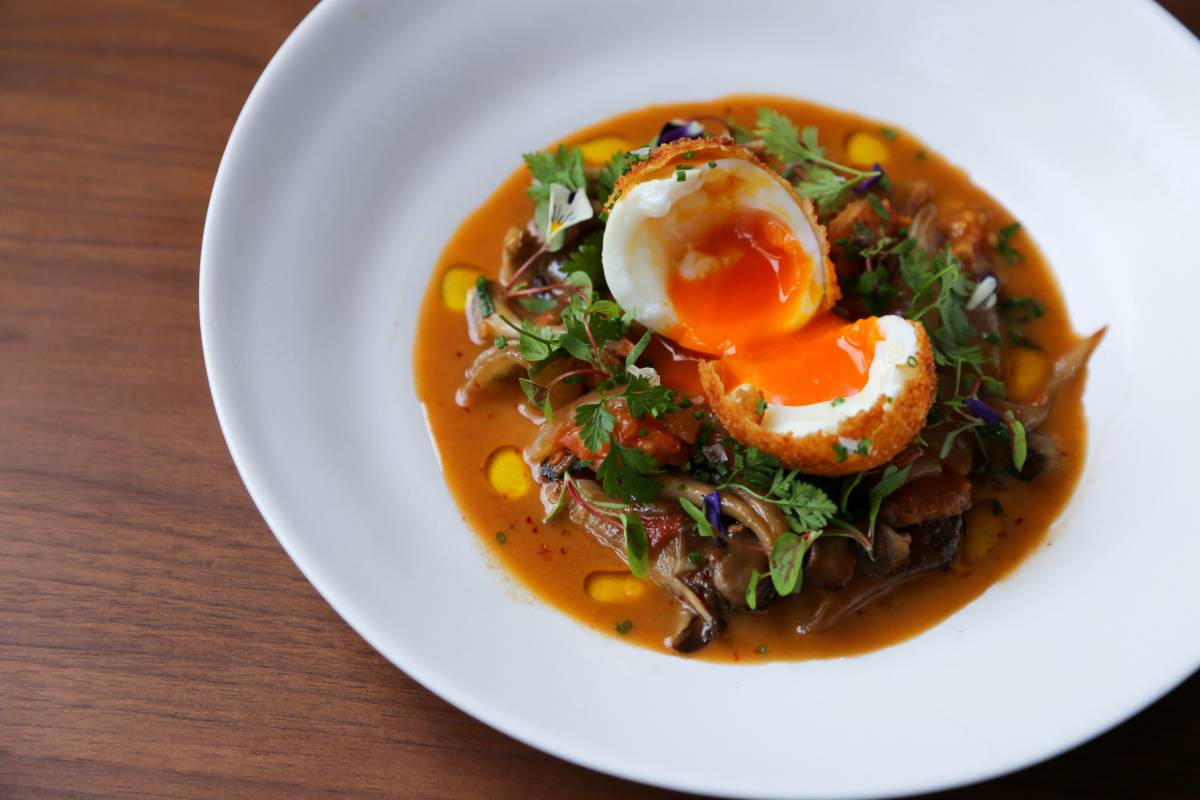 At first sight, this dish didn't exactly ignite our appetite, however, looks aside, Chef Anthony Burd created an excellent dish. The crispy soft-boiled Japanese egg ($128), which you get to cut in half for that perfect yolk-y photo, sits atop a lovely tomato confit with maitake mushrooms and tarragon. 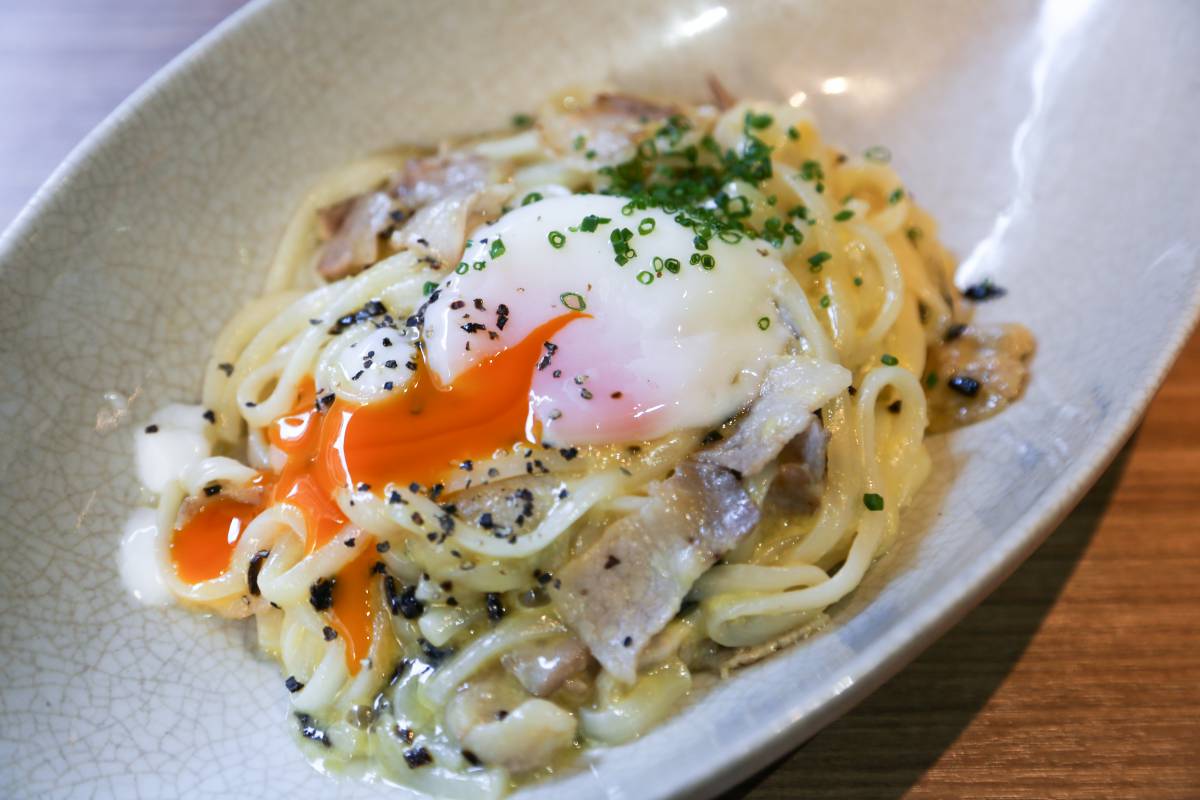 We were in need of a bit more of a carb-heavy dish, and this udon carbonara ($118) with an onsen egg by Chef Satoru Mukogawa certainly hit the spot. Admittedly, this dish isn't as unique as the others, however, we can't really complain after demolishing it in only a few minutes. 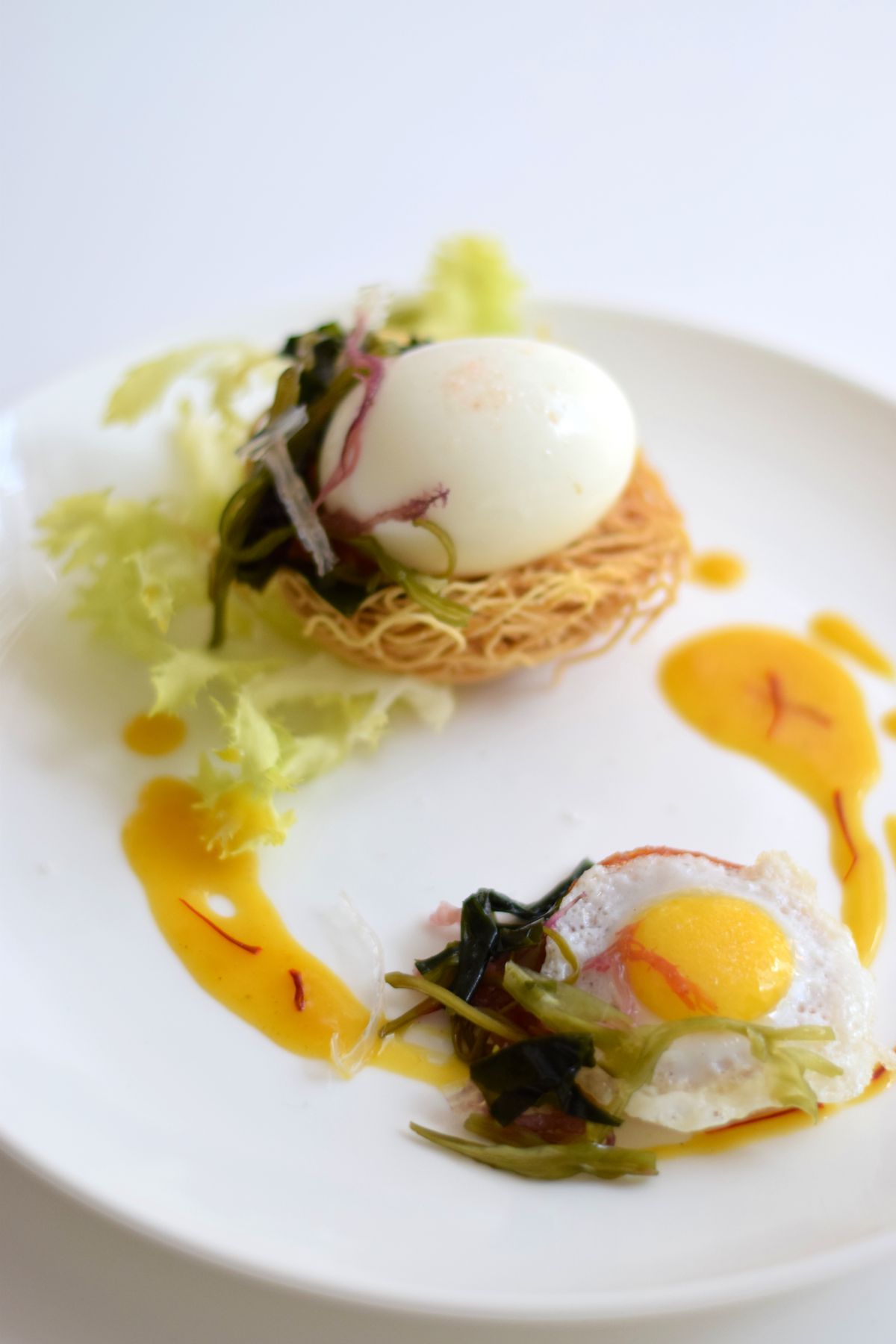 While we liked the way Chef Hilda Leung brought in a variety of Chinese elements to the dish, there was a bit too much going on. The soft-boiled egg ($155) was nestled on a bed of crispy noodles, creating an unnecessarily strong contrast in texture. Opposite the plate was a mini pancake with honey chorizo and a small quail egg, which, unfortunately, didn't add to the overall dish.

These six egg dishes are available at their respective restaurants (except for Sushi Kuu's and Chef Hilda Leung's) AND at Lily & Bloom until 31 January.

Jenni Lien | over 4 years ago