This recipe is so great. It is one of those ones that while you are cooking you are not entirely sure how tasty it will actually end up being, but the result is, well, RESULT. And the broccoli ends up being this stellar, spicy, salty, JUICY little addition. We're talking Gollum-approved juicy... 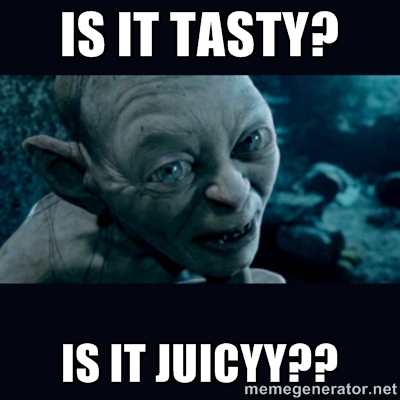 To make it, basically combine a bunch of different, easy to find vegetables with great seasoning together on top of a rice that should be the star of a show called 'Pimp My Rice'. After some thorough research (Googlemachine) we have discovered that apparently that is already a thing, and some legend has started a food truck based off it. So this is literally what a pimped ride of Pimp My Rice might look like (via the hugely forward thinking Pimp My Rice Crew): 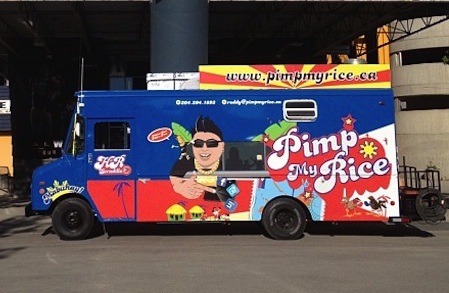 Digressions aside, the rice is awesome because it uses all the enhancers the Japanese (AKA culinary samurais of the world) have known works for years (minus MSG): mirin, soy, sesame oil, and then some scallions to make things just that much more punchy.

Throw this together at the beginning of the week and it makes a cracking lunch box. We used a bunch of cabbage which was both sauteed and raw (50% raw diet is good for us kiddies) but if that is a little too much purple action, feel free to omit half the cabbage.

Wash your brown rice so the water runs clear and then let it hang out in a bowl of water (AKA soak it) while you ready the vegetables. Look how pretty everything is. You are practically eating the rainbow 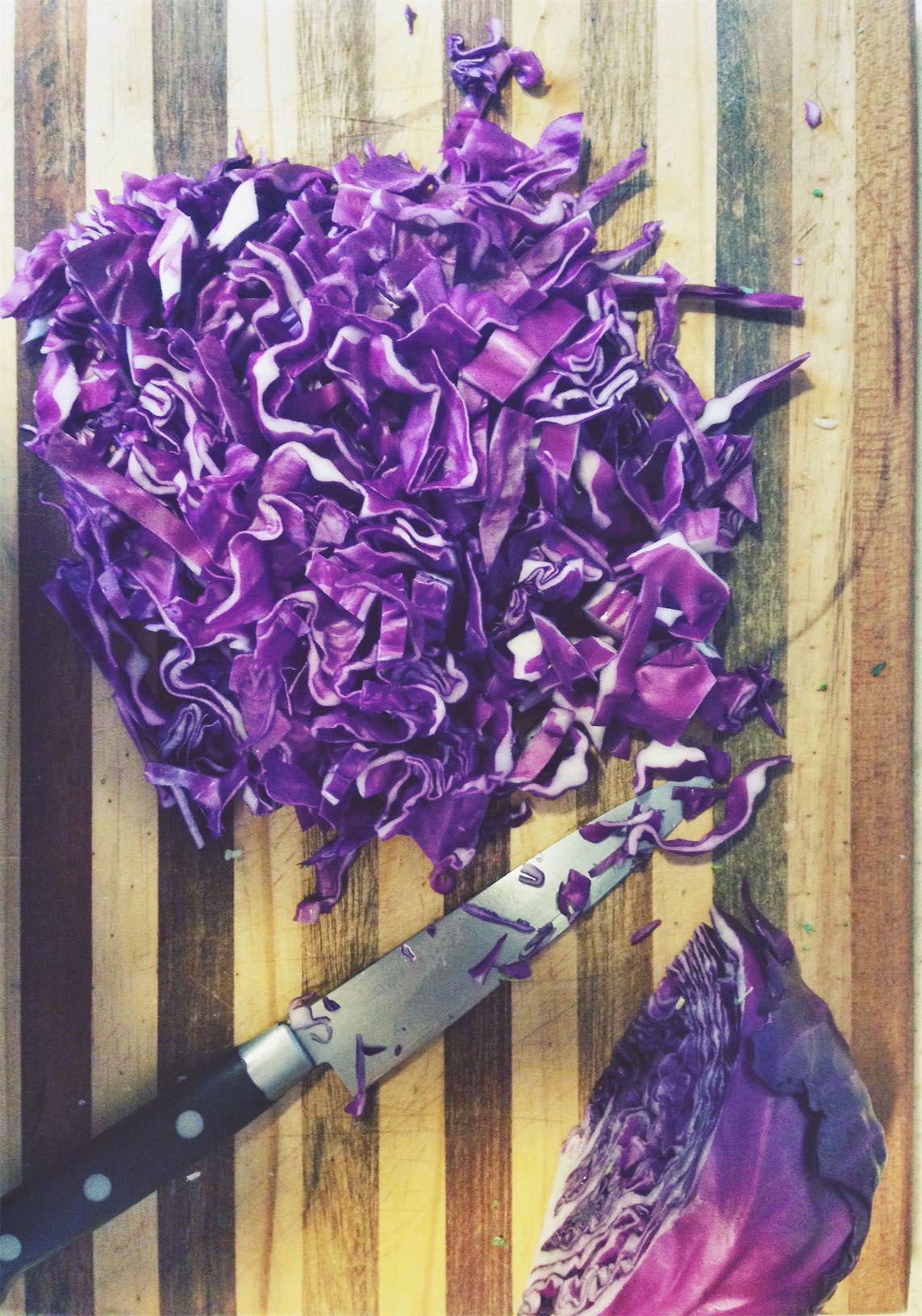 Cut up all the stuff and put it in silver bowls so you can feel organised like Nigella. For the kale, remove the fronds and then tear into bite sized chunks. DO NOT THROW away the stems as they are very high in nutrients and fibre. Cut them into 1cm peices and then put them in a bowl. Same with the brocolli and cauliflower. We will use them later on 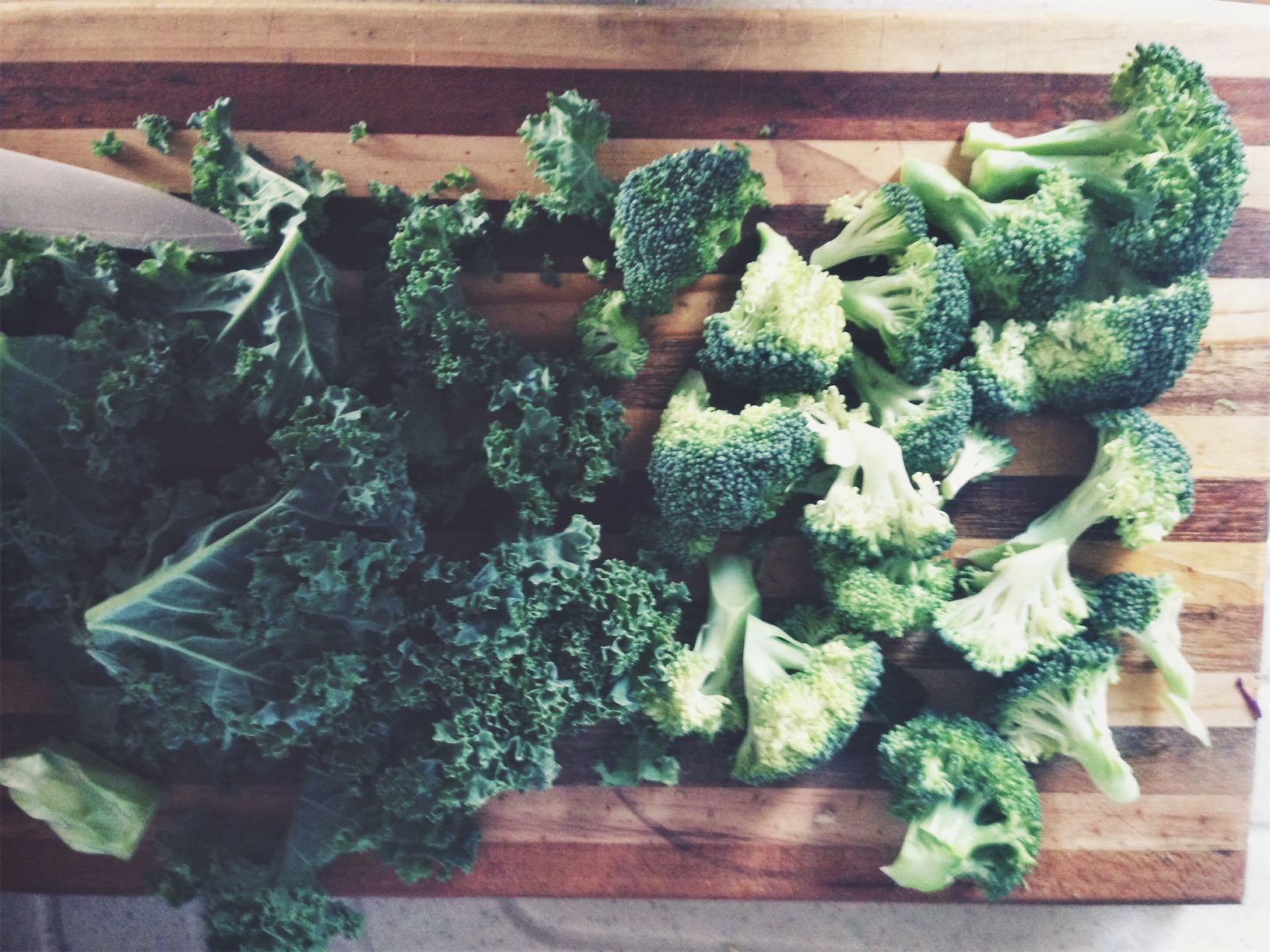 Put a pot on the stove and measure out 1 3/4 cups of boiling water. Pour said water into the pot and let it come to the boil. Then add a pinch of salt and the brown rice. Cover with a lid and bring down to low heat, stirring occassionally

While he (the rice; yes he is male; no we don't know why) is cooking, toss the broccoli and cauliflower in half the garlic, 2 tablespoons of soy and 2 tablespoons of coconut oil, as well as all the Sriracha

Lay all your cauli and broc on an oven tray that you have previously lined with foil because you are clean and clever cook. Throw the kale on there too, after you have tossed it in the remaining one tablespoon of coconut oil and a sprinkle of salt 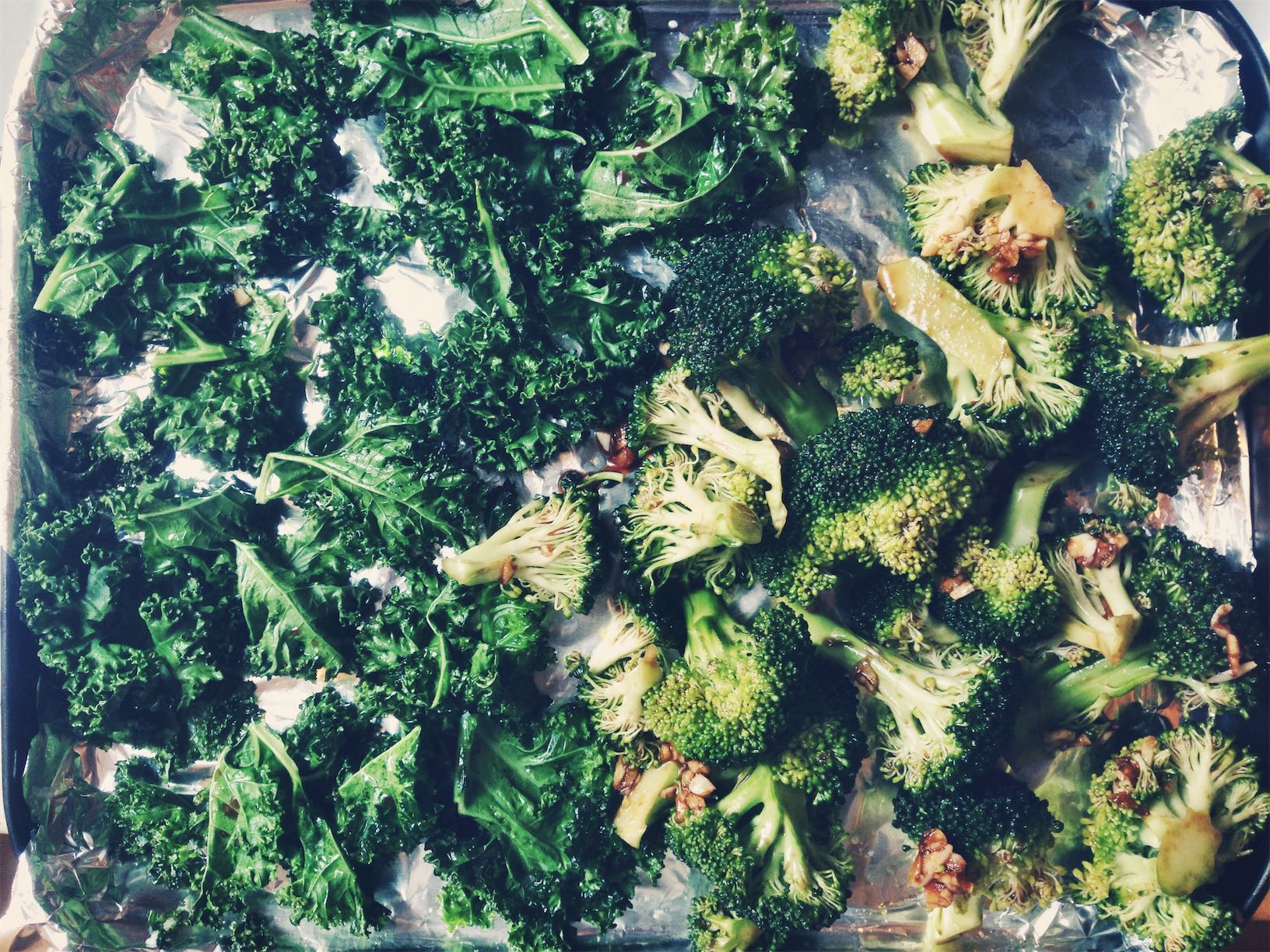 Pop the veg in the oven for 10 minutes and attend to your brown rice, giving it a stir to ensure it hasn't bonded too emotionally/physically with the pot

Once the kale is crispy and the veg slightly browned, remove from the oven and let it sit for five

Throw your diced onion in a pan and sautee until translucent, then add ginger and remaining garlic. Toss that around for 2 - 3 minutes and then add the stems of the previous veg and half the cabbage. Cook for another 5 minutes until it is all tender 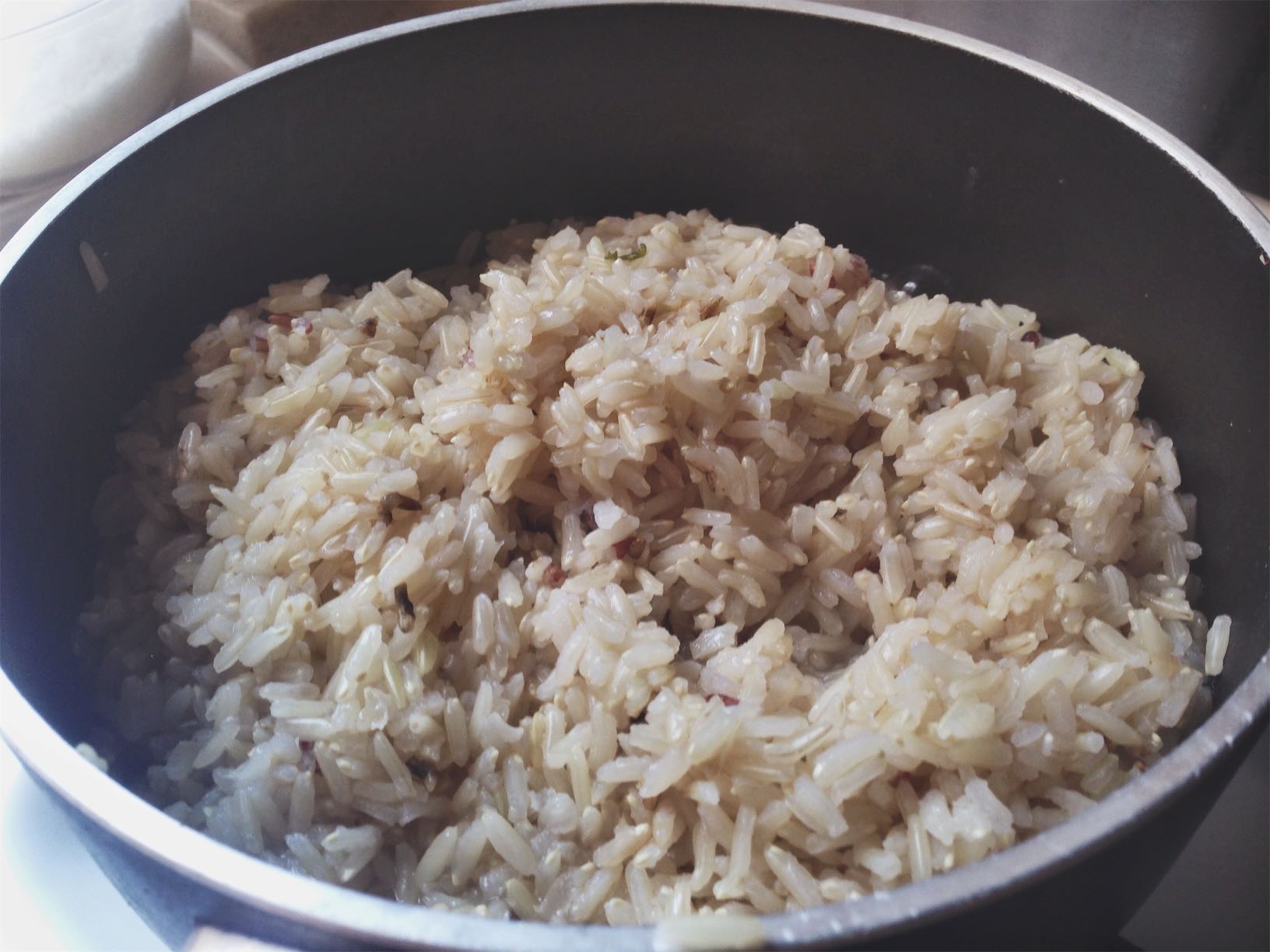 Your rice should be finished around the same time (this is a taste test thing; no point telling you how long to cook the rice but once it resembles rice more than pellets you are probably good). Take it off the heat, fluff it with a fork and let it hang out for five to ten minutes 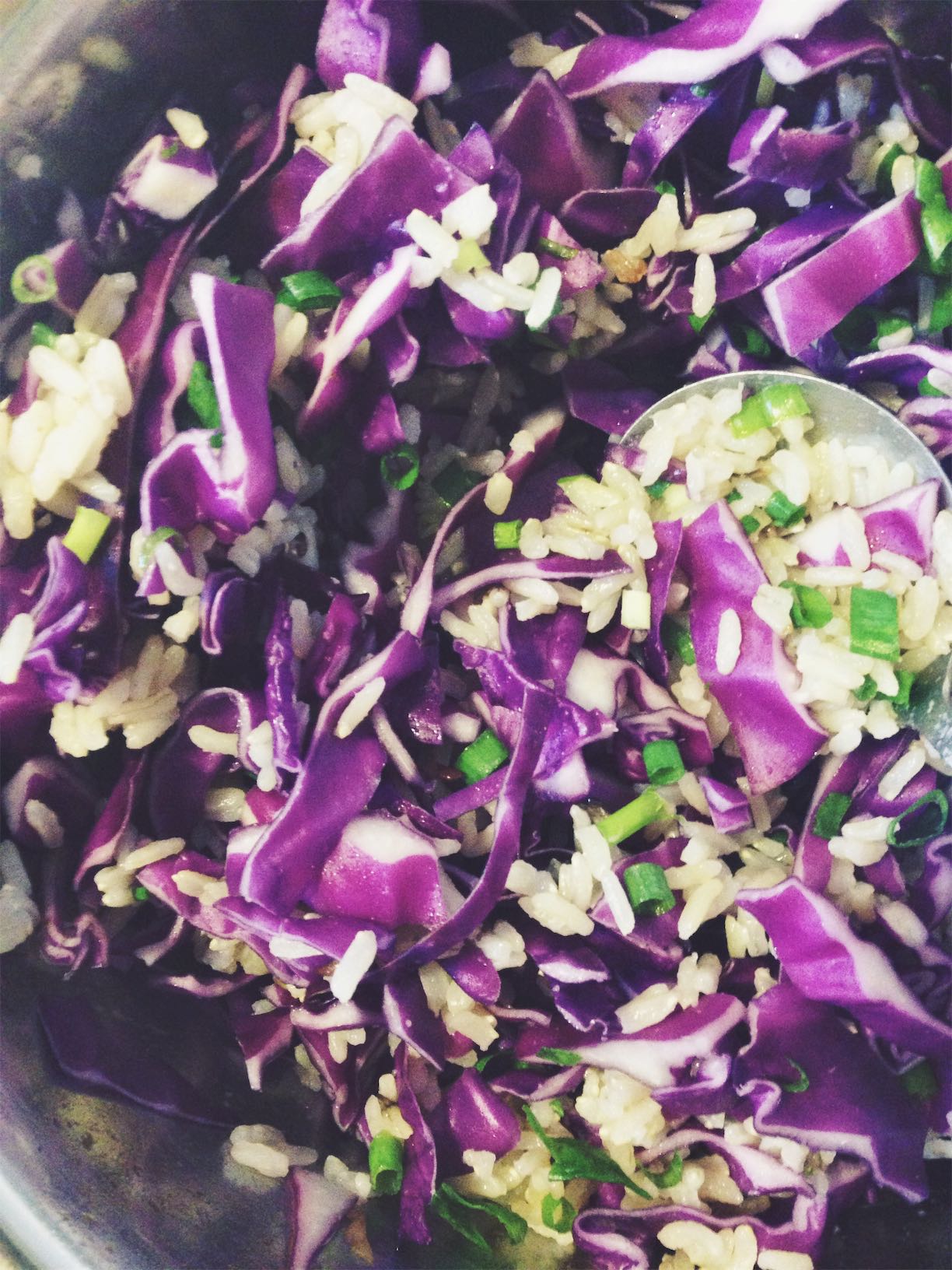 Mix in to the rice the remaining soy, the mirin and the sesame oil, as well as all the spring onions. At this point, should you wish to add more raw into your life, throw in the rest of the cabbage (it is fine to eat raw just make sure you washed it thoroughly) and mix it UP

Get a bowl and lovingly layer the rice on the bottom, then one third cauliflower, one third broccoli, one third cooked cabbage and top with kale chips and sesame seeds. 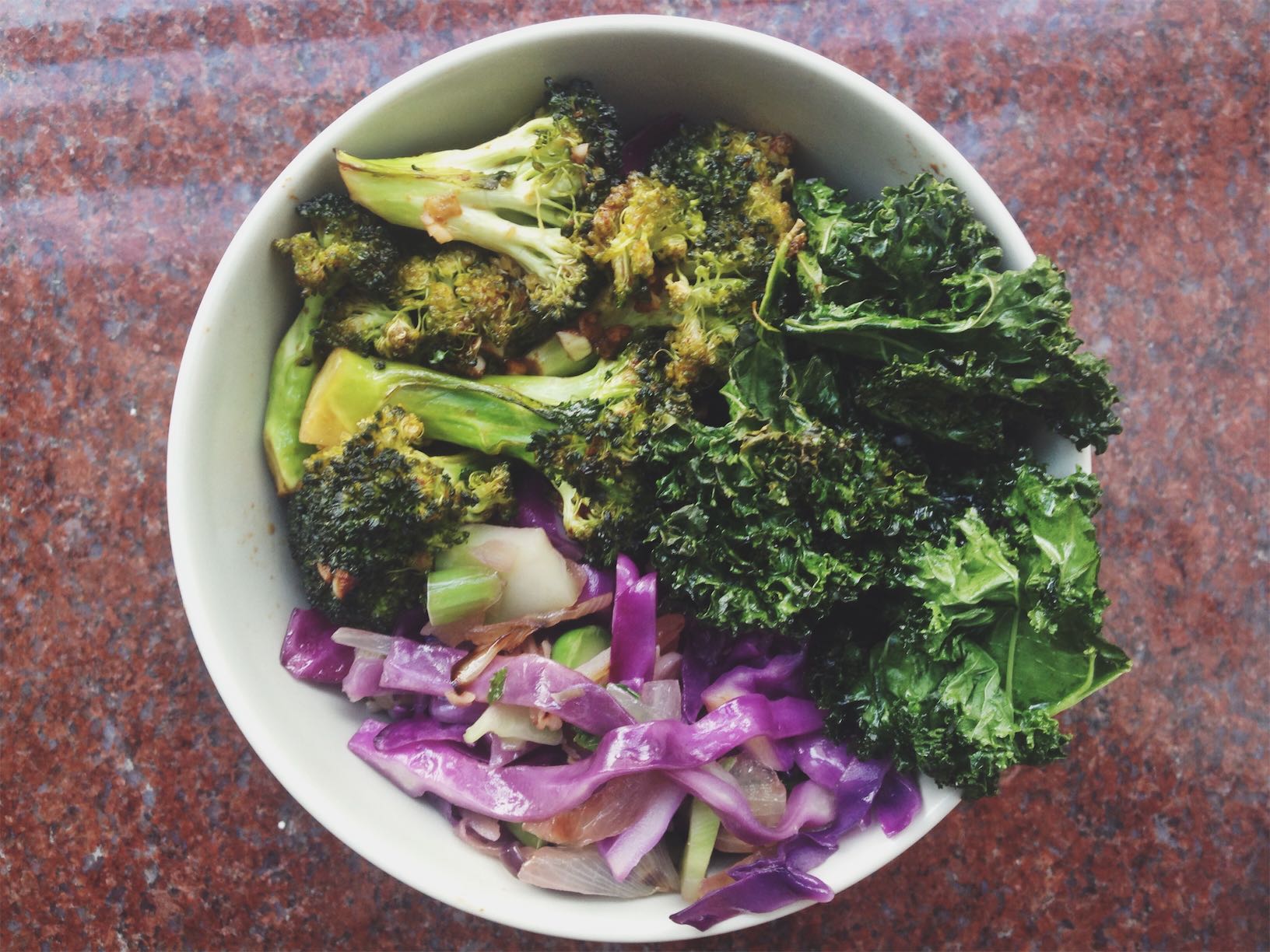 Related: Why You Should Eat Blue and Purple Food