Why Do We Drink So Much Tea in Hong Kong?

Have you ever wondered why waiters ask for our preference of tea even before our bottoms hit the chair at Chinese restaurants? As a native Hong Konger, I have only registered “yum cha”, Hong Kong’s answer to Sunday brunch, as what its name literally suggests – “drinking tea” – well into my adolescence. This shows how the culture of drinking tea with dim sum is so integral in our daily lives that we never stopped to question it. I am slightly ashamed to say that my appreciation for tea only grew in the past few years after reading online blogs hailing tea as a healthier alternative to coffee. Living in a part of the world where tea basically originated from, it only makes sense to understand the history and the impact of tea on the Chinese culture.

Like many Chinese foods and traditions, tea has its own legend. It was said that Shen Nong, the god of medicine, found medicinal properties in tea by chance while tasting herbs in the wild for the benefit of the masses. One day, he ate an herb that didn’t quite agree with his stomach, and after passing out under a tree, the dew from a tea leaf fell into his mouth, and he was cured of his sickness. Since then, tea has gone down in history as a nutritious supplement, first being made into soup and medicine. It was during the Tang dynasty (618-907 A.D.) that tea drinking became popular amongst the common people, and the custom of serving tea to guests was made prominent in the Song dynasty (960-1279 A.D.). By the Ming dynasty (1368-1644 A.D.), tea drinking had evolved into the way we drink tea nowadays, by way of steeping tea leaves in boiling water. 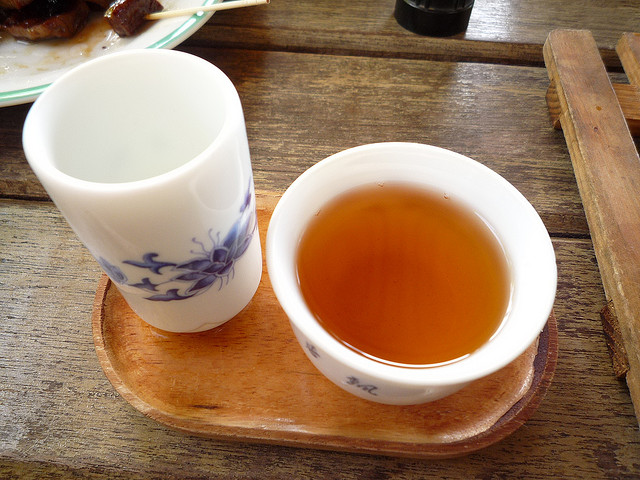 Although modern scientists still have not found properties in tea that can miraculously cure a poisoned stomach, they have proven that tea is indeed healthy in many subtle ways. For example, some compounds in tea can lower the risk of getting heart disease, while green tea in particular has been said to prevent many forms of cancer. Moreover, catechin, the caffeine found in tea, can heighten metabolism, which helps with weight loss. Of course, the more unprocessed the tea, the greater the benefits, and green tea is a clear winner due to there being less oxidisation involved in producing its tea leaves. Nice to know that the matcha craze wasn't a lost cause (that is, not accounting for all the added sugar to those delicious matcha drinks and treats).

In Hong Kong, tea drinking became popularised in the 1800s through the establishment of tea houses. These tea houses went through multiple stages of change throughout the years, with the addition of serving snacks such as dim sum. Nowadays, the modern Cantonese restaurant is a commercialised rendition of the traditional tea house, with an emphasis on the dim sum rather then the tea. So next time when visiting a Cantonese restaurant, order a kettle of oolong, and take a moment to savour the history and medicinal value that went into the making of the tea.