A ‘farm to table’ ethos

A positive trend in the Cape winelands has been a shift towards a ‘farm to table’ ethos, with properties such as Babylonstoren, La Motte, Oak Valley, Spier and Waterkloof having paved the way for others to follow

The philanthropic owners, Rob and Sam Lundie, and the team at the skilfully revitalised Boschendal Estate in Franschhoek are serious proponents of this shift, driven by doing things the way they should be done to afford a sustainable future. While the werf (farmyard) and its gracious historic buildings retain their timeless appeal, they have stylishly revamped interiors and accommodation has also been added to the mix (Boschendal was this year’s regional winner in the accommodation category of the Great Wine Capitals Global Network Best Of Wine Tourism awards).

The farming principles are of key relevance, as their inaugural annual Farm to Table Festival, held over the weekend of 23 –24 April, embodied. Both days were filled with informative workshops, talks and demos, from urban food to biological agriculture and seed saving, as well as guided tastings of coffee, craft beer, artisan gin and, of course, Boschendal’s wines. 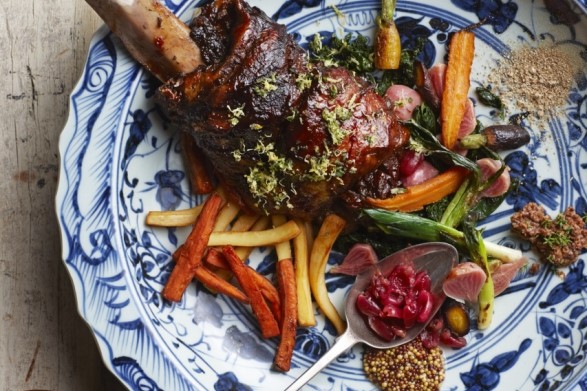 A national treasure, Boschendal was admittedly looking a bit neglected a few years ago but it has undergone way more than a mere facelift under its new ownership. There has been a metamorphosis on all levels, from the ground up, literally, with fallow soils re-inoculated and returned to a state of optimal health to create a bio-friendly food garden.

The Werf Food Garden, designed by Jan Blok, Boschendal’s landscape architect, is managed by the knowledgeable and green-fingered Megan Mc Carthy. A walk with her around the approximately 2.5 hectares under cultivation, which encompasses about half a hectare under protective shade cloth, was a revelation (informative guided garden tours are on offer; see the website for details). She follows a ‘no till’ gardening system so as to preserve the soil ecology, for example earthworms and other beneficial organisms, some of which assist in controlling invaders. No harmful chemicals or sprays are used. As a result, the space has returned to a more balanced natural state. Key indicators are a return of various species of frog, praying mantises and prolific birdlife. Also soon to be part of the garden’s eco-system are free-ranging chickens to aid pest control by eating insects and also to fertilise the soil.

Although we cannot try their food in Hong Kong, we can at least sip their wines here:

Boschendal and La Motte are available from Royal Oak Asia

Waterkloof is available from Winpo Asia