Great versions of this classic cocktail

This is one contentious cocktail.

The history of the famed red libation has many threads in its past that don't all seem to originate from the same spool. What can be agreed upon is that a typical Bloody Mary is made up of vodka and tomato juice, but all the other ingredients that make up the original recipe are as long disputed as a celery stick is tall.

Most recipes call for some kind of acidic element like lemon juice, a veggie garnish of some sort, something hot like horseradish or hot sauce and a dash of something savoury like Worcester sauce. But even the base of half tomato, half vodka is up for debate; many believe the drink belongs to the actor George Jessel, who ordered the first one in 1927 to cure his hangover after a particularly pickled evening. However, in 1934, Fernand Petiot, head bartender at the St Regis in Manhattan (where Jessel frequently drank), claims to have invented it. And this is a man who already had a very impressive record under his belt for downing a two-litre glass of beer in under 47 seconds. So, while we may not know exactly who first thought to combine the two ingredients, we do know that it has long been the drink of choice after a night on the tiles.

While 'hair of the dog' remedies have never been proven to aid a hangover, there are many elements contained in a Bloody Mary that could potentially help out an ailing, alcohol-ridden body. There is the vitamin C and electrolytes contained in tomatoes and the potassium, fibre, high water content and anti-inflammatory properties of celery. So it may well be that a Bloody Mary could improve your overall vigour after a night of excess, but it is also certain that this drink is a beautiful way to begin an evening.

As such, we've rounded up a few of our favourite venues serving up creative versions of this classic cocktail using Ketel One Vodka.

Ryan Nightingale, bar manager for Aberdeen Street Social and Ham & Sherry, created the Low Tide Bloody Mary especially for Fish School, a concoction of Ketel One Vodka, Clamato, Worcester sauce, soy sauce, chilli oil, chives and white pepper. He says, 'The cocktails at Fish School try to reflect the passion that the chefs put into the local Hong Kong seafood. However, the Low Tide Bloody Mary was initially inspired by my childhood memories of digging up clams on the Atlantic Canadian coast. Its main component is Clamato, a juice mix consisting of tomato and clam. Depth is then added by using great dim sum condiments (chilli paste, rice vinegar and soy sauce) that I've enjoyed with har gow and other seafood dumplings. Finally, the togarashi seasoning on the rim of the glass augments the savoury flavours.' 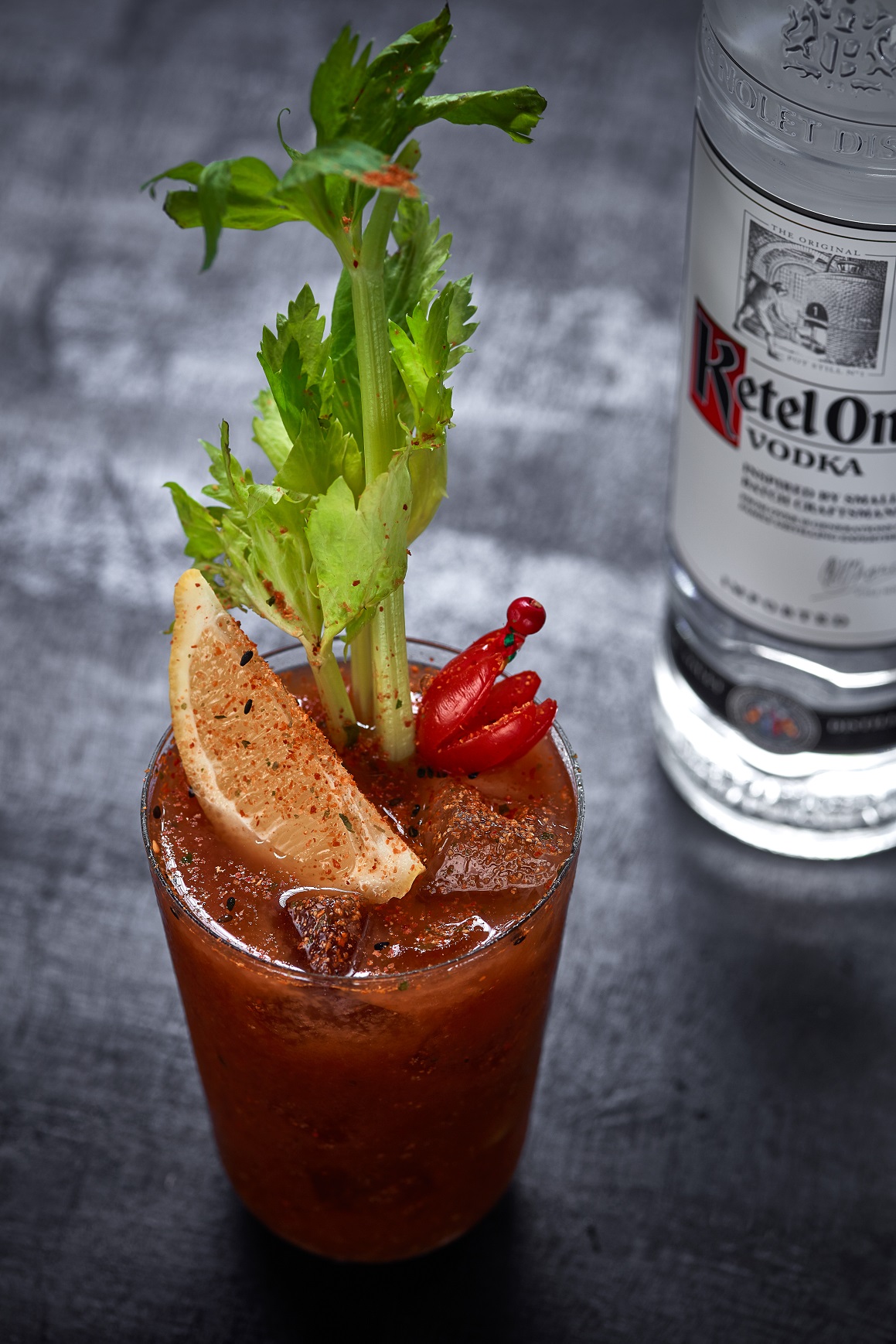 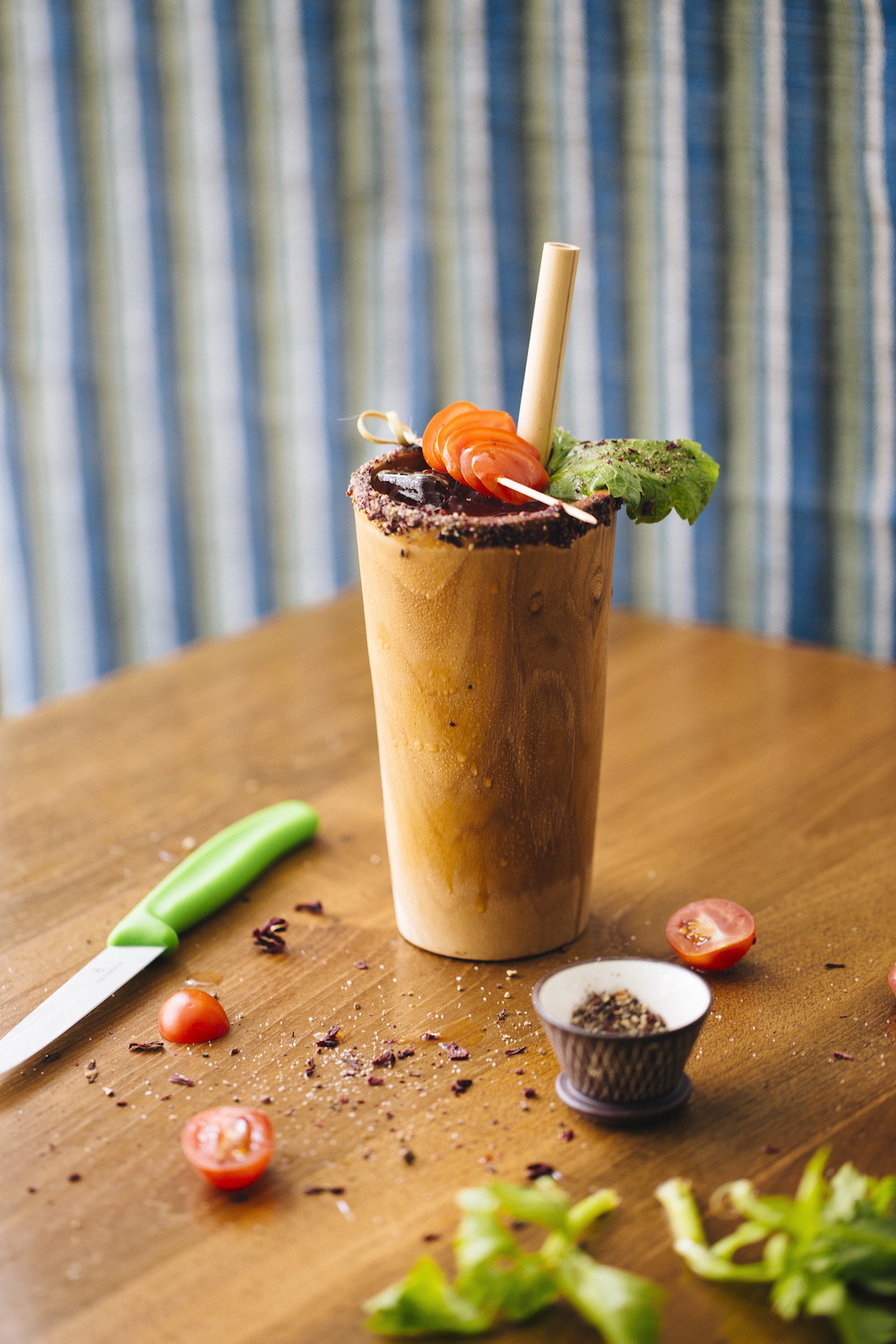 The team at Armani/Privé experimented to create their Ketel One Vodka drink muddled with black garlic, fresh organic yellow bell peppers, freshly ground black pepper and spiced tomato juice. They call the black garlic the 'hero of the drink' with its famed properties for improving circulation, increasing cancer-busting antioxidants and lowering cholesterol. The yellow bell peppers are bursting with vitamin C and tomatoes are packed with lycopene. Tabasco raises the metabolism to aid fat burning and protect against heart disease. And for extra purity, Armani/Privé uses five times distilled vodka for a cocktail that actually sounds like it's doing your body good. 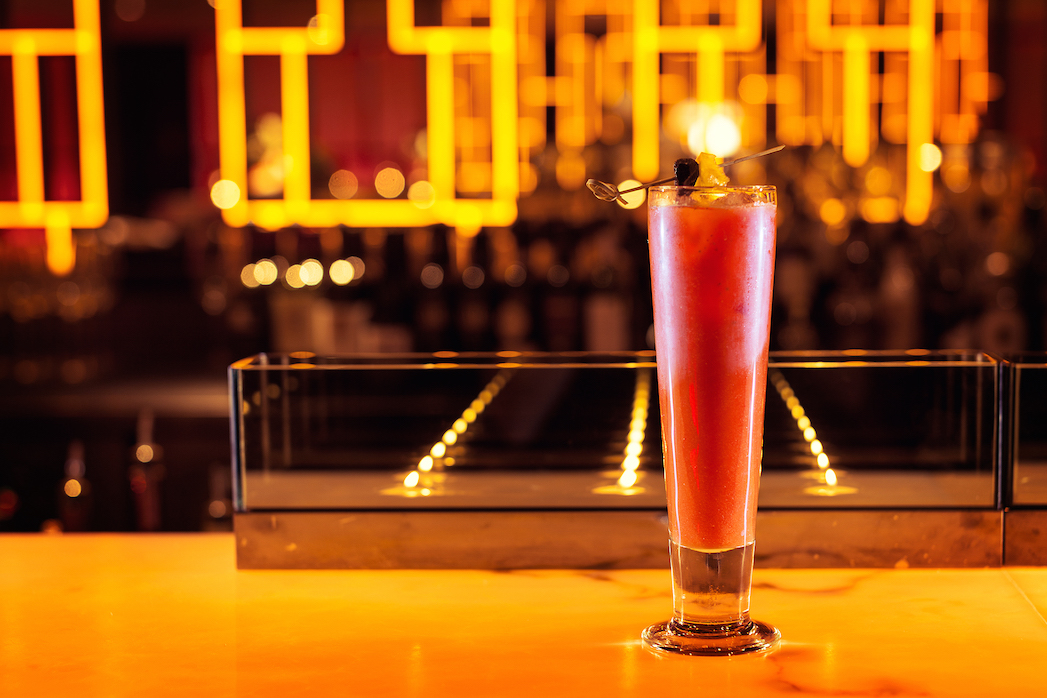