One man's journey through the world of juices

You might assume that the gentleman’s juice is whisky, and you’d be right, but today I’m talking actual juice. Hong Kong is a hard-livin’, hard partyin’, hard drinkin’ (sorry I’ll stop this skippin’ the “g” convention now) city and we need to make sure we detox just an intensely as our re-toxes.

To this end I embarked on a 5-day juice cleanse courtesy of HK Juice in order to rest my liver, clean up that skin, and tell literally every single person I saw all the time that I was on a juice cleanse since that’s what’s you have to do, like when you donate to a charity or decide to become a vegan. Here’s how it went.

I live in Sheung Wan (I’m not telling you where creepers) and HK Juice is located there so they kindly sent me a box of fresh juices every day. They’re in pleasing old-timey milk-bottle-type-bottles and it fit my suburban Americana nostalgia: fresh products delivered daily to your door to be consumed that day.

There were 5 juices, to be consumed every 2-3 hours, with a recommendation to drink lots of water (this isn’t my first Rodeo – I already drink a ton of water). I opened up the Wakey Wakey – your typical Tangerine/Apple/Pear/Lemon/Ginger/Tumeric stuff – and took a sip. Good. Very good. Good start to the cleanse.

During the day I left the juices in my office and pounded water and also drank coffee which I’m not sure it’s allowed but have you tried to get through a day in an office without coffee? It was, I’m happy to say, easy. People whine and bitch about how hard it is not to eat solid foods but combo-ing nice-tasting juices and being content but not crazy full is a nice, new feeling, at least for me.

For dinner it was their Duty Calls juice, the more substantial raw almonds, medjool dates (I have no idea what this is, I assume it’s something you can buy at Mana) vanilla bean, and sea salt. This was a good dinner though not as tasty as the Genie or Punch “dessert” juices.

Freshly stocked juices in the fridge, clear mind, full heart, can’t lose. I actually no idea what the hell I’m saying since I’m feeling faint. However I drink the Wakey Wakey and am good to go. Pro-tip on the juice-cleanse: don’t miss the timetable.

Work was fine and a bit more difficult, but not overly so. By early afternoon my stomach began grumbling and I did too, mostly because I was sitting next to some dudes eating pasta like it was going out of style. I had the Bottle O’ Bravado (it’s kinda like a berry smoothie) and felt much better. Pro-tip #2: if you’re a guy doing a juice cleanse and your friends tease you just repeat the following sentence: “You’re fat and I’m not.” 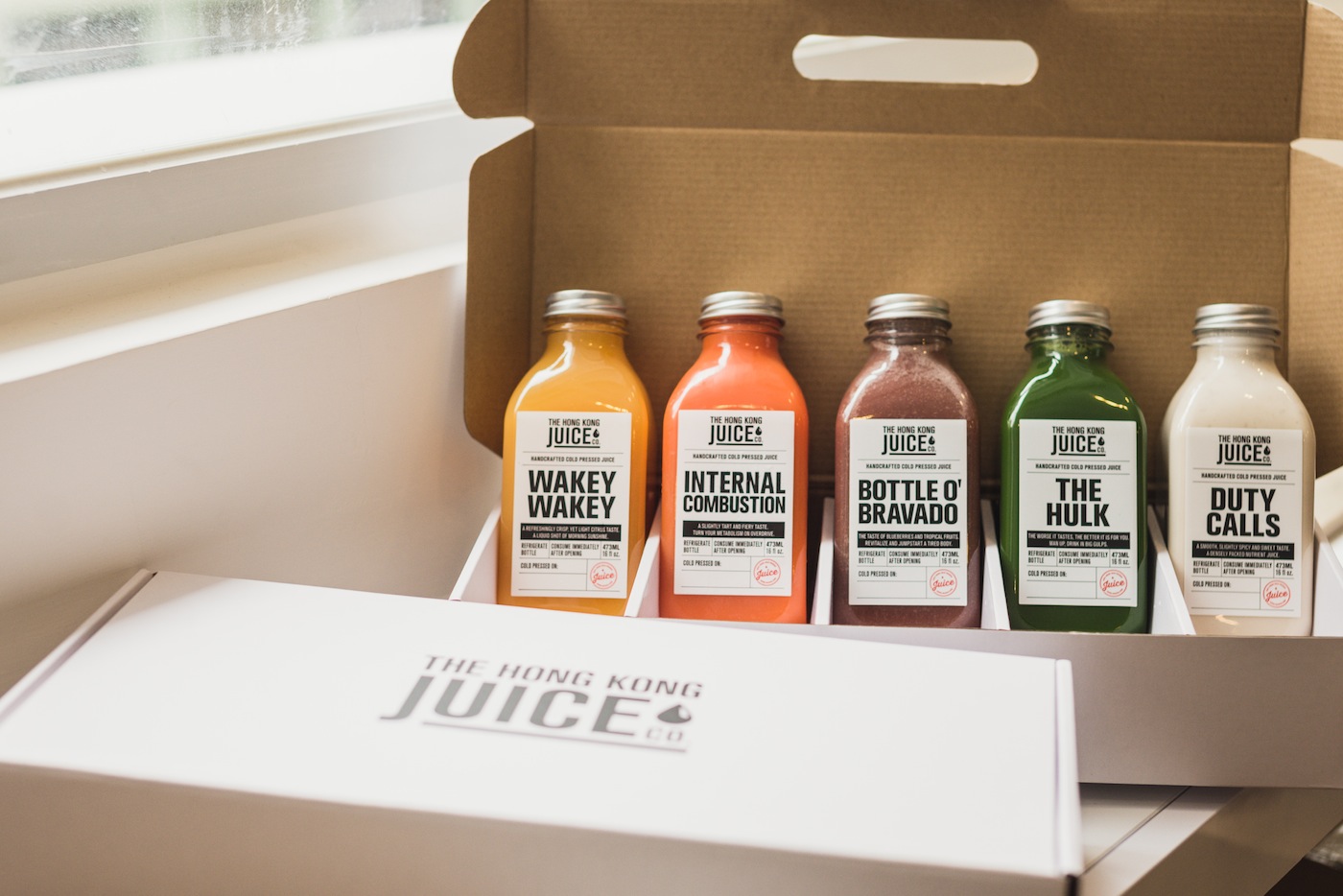 Jess, the HK Juice lady, asks me about the juice (delicious) and regularity of my restroom movements (whoa TMI). I’ve lost 5 pounds at this point, water weight I assume, but I am definitely getting hungry. I sneak sips of the Duty Calls dessert through the day, savor my Wakey Wakey, and avoid thinking about The Hulk, their green juice that tastes so Green Juicy it must be healthy.

By the afternoon I make an executive call for a Protein Shake. Again, I don’t know if this is cheating, but this isn’t one of those artists suffering from his art situations – it’s a juice cleanse. I think the calories are absolutely sufficient if you needed to survive (people get stranded on boats and survive on will and urine for weeks) and sufficient for relaxing on a beach, but for a 6’5, 210 pound active guy, I want a bit more. Either that or I suck.

Irrespective, I decide to hit up a CrossFit Class and add some greens (the powder) to my smoothie for some carbs. I’m second-half-of-the-film Kevin Spacey now, juicing and protein shaking and CrossFitting and I feel completely unrecognizable from my 22-year old self. But that’s the deal, boys, as we get older we should continue to be horribly irresponsible except when we’re responsible. I hit up the class, drink a coconut water, and finish my final third of duty calls before collapsing on my bed and out like a light.

Pro-tip #3: you sleep a lot during juice cleanses so don’t plan anything late.

Oddly, the easiest day. My body’s gotten into the swing of things, a routine is developed, and I can even stomach green juicing The Hulk as long as I drink it at Hulk speed. It also helps to yell “HULK SMASH JUICE” when you drink it.

Out of curiosity, I try a small cup of Mr. Juicy and a cup of HK Juice to taste the difference. The latter is of course better, which they argue is due to the cold pressed – e.g. nutritional values are broken down into smaller particles for better absorption. I don’t know if I agree with that but I am pleased their juices are organic certified.

Remember in juicing you’re paying a premium for premium ingredients, because you won’t be spending money on boozing, and so you can tell everyone you’re on a juice cleanse. I call my grandmother and tell her I’m doing a juice cleanses. “What?” she says, “like you’re eating only eating bananas and drinking milk?” she says.

Crushed it. I could probably go for another week at this point though I’m happy I’ve done five. I’ve lost 7 pounds, feel better, happier, and smiley-er, and I’m ready for shot of jack and a cheeseburger. 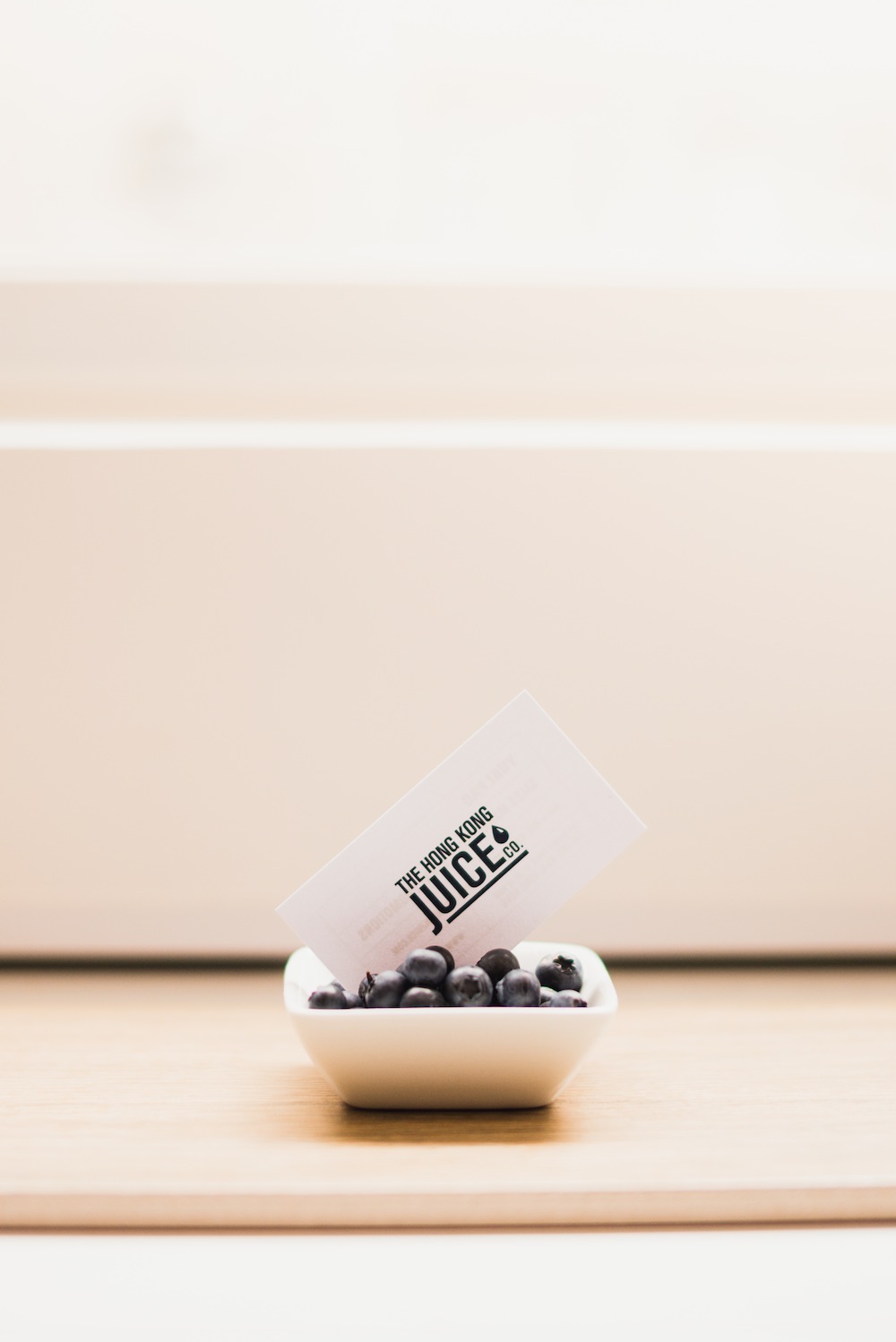