An oyster review of The Walrus, which finally presents to us a fun oyster bar in Hong Kong

Have you ever been to an oyster bar in Hong Kong? It’s a white tablecloth, clinical-hotel-chic, so-quiet-you-can-hear-the-sound-of-your-90-year-old-waiter-having-a-stroke type of affair. And it’s a shame because I love oysters. From my hometown of Boston to the French seaside to the Bluff Oyster Festival (New Zealand), I’ll go far and wide to slurp something good. Ok that sounds weird but you get my point, oysters are the bomb and there’s not many good spots in Hong Kong to enjoy them.

Well now there’s at least one: The Walrus. Conveniently located next to Little Bao, in Soho, the Walrus is trying to bring that fun, clam-shack type vibe to us jaded HK'ers. Have they succeeded? Kinda. The décor has that trendy distressed look, and they’ve somehow given some spot in Soho a soul, which is even harder than saying that ten times fast.

But the proof will be in the oyster pudding, so I’ll keep the final judgment until they’re full of slurps and chatters, which will be dandy. An artisanal beer selection and their impressive wine list will help. They also boast “bottled cocktails” of which I’m extremely dubious, though I’ve been wrong before (Ref: Jurassic World. Actually kind of enjoyable).

For our meal, we had nine dishes. I’m going to focus on the ones I particularly enjoyed. 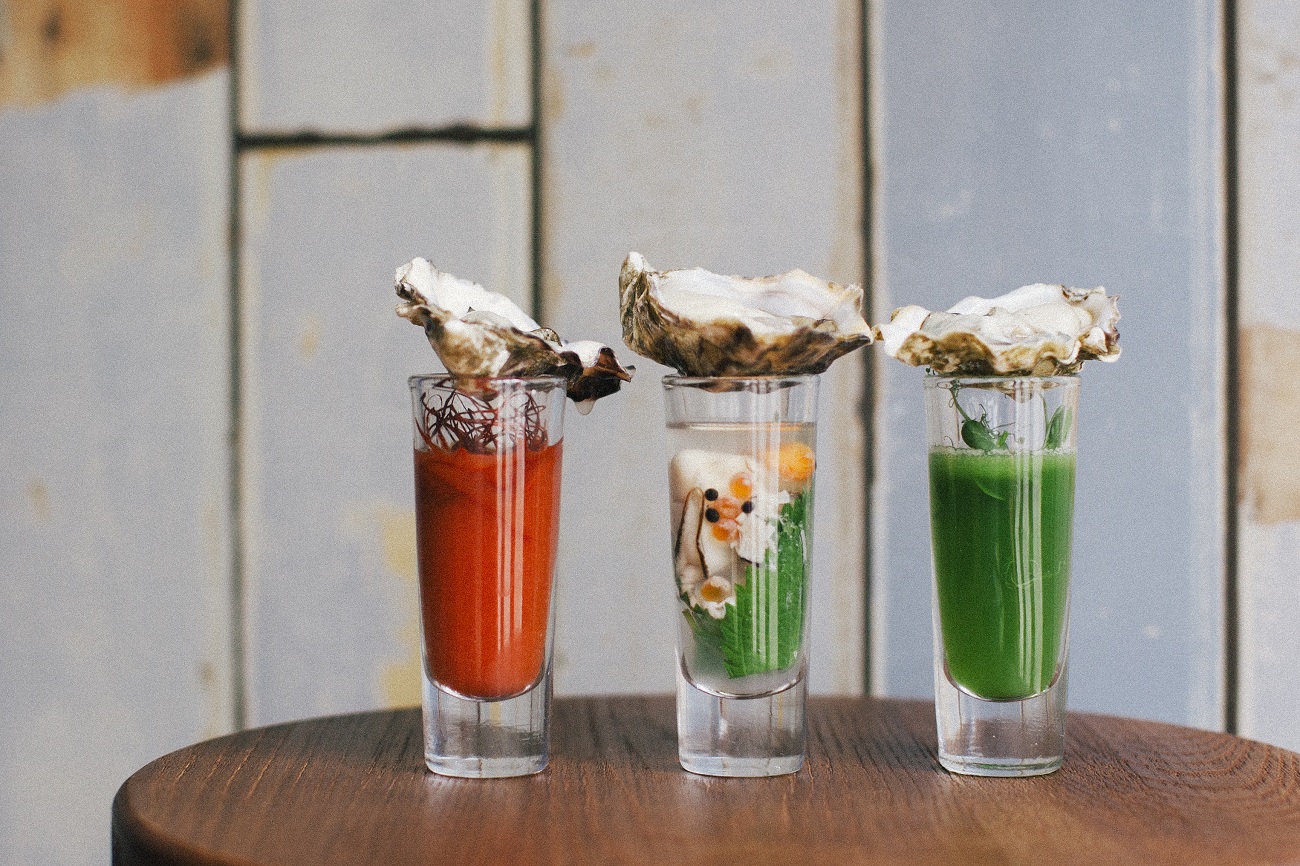 This is the best part of the raw bar. The stuff on the half-shell was decent but these were both delicious and fun – a shot of something nice with an oyster on top. We especially enjoyed the Red, the Bloody Mary Remix, and the Clear (weird name I know), which was made with sake and uni. The drinks paired well with the oyster and went down smoother than a Thailand [nevermind]. 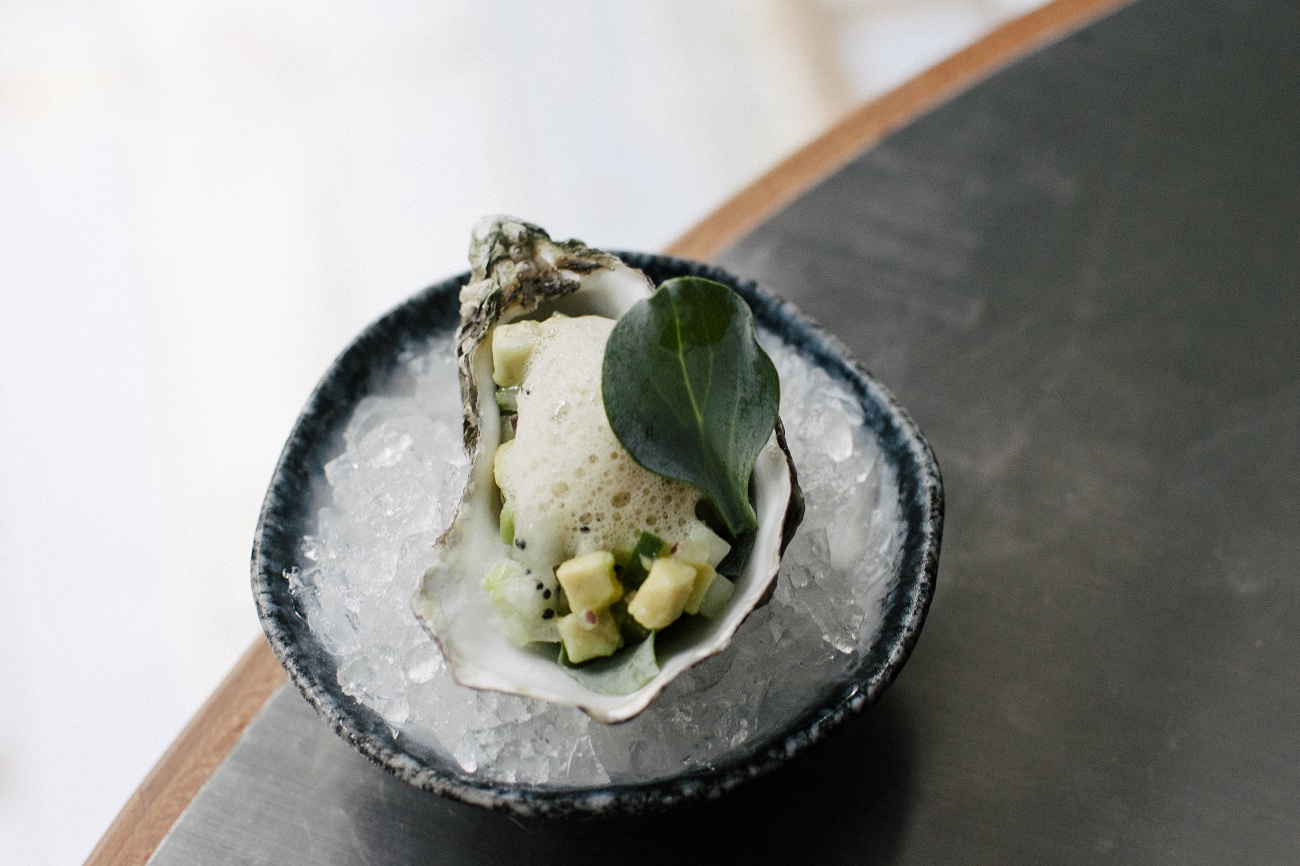 I ten billion percent expected to hate this since it’s billed as a vegetarian oyster, made up of avocado, dragon fruit, and an oyster leaf. Yuck, right? WRONG. The Copy Cat was  exactly like an oyster without any of the sliminess you sometimes get. It tasted like an oyster along with the meatiness of the avocado and the sweetness of the dragon fruit. Flavour trifecta! After eating one I almost became a vegetarian. I’m just kidding, that would never happen. But they are delicious. 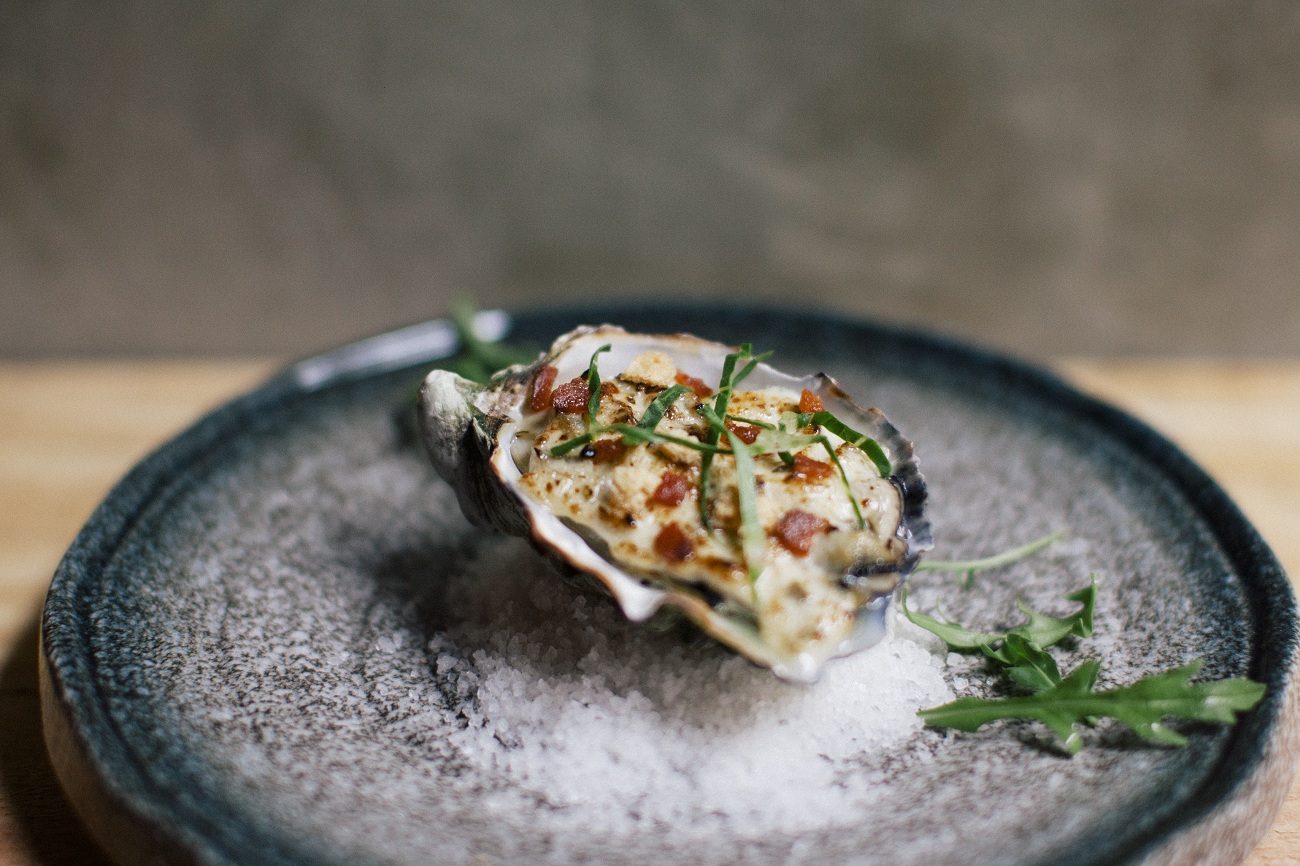 The Hail Caesar was another dish I thought I wouldn’t like, but loved. Parmesan cheese, Caesar dressing, and crisp lettuce gave a bit more substance to the already meaty oyster, while their croutons offered an extremely satisfying crunch. It was like filling an oyster shell with a small delectable sandwich. Hmm, speaking of sandwiches... 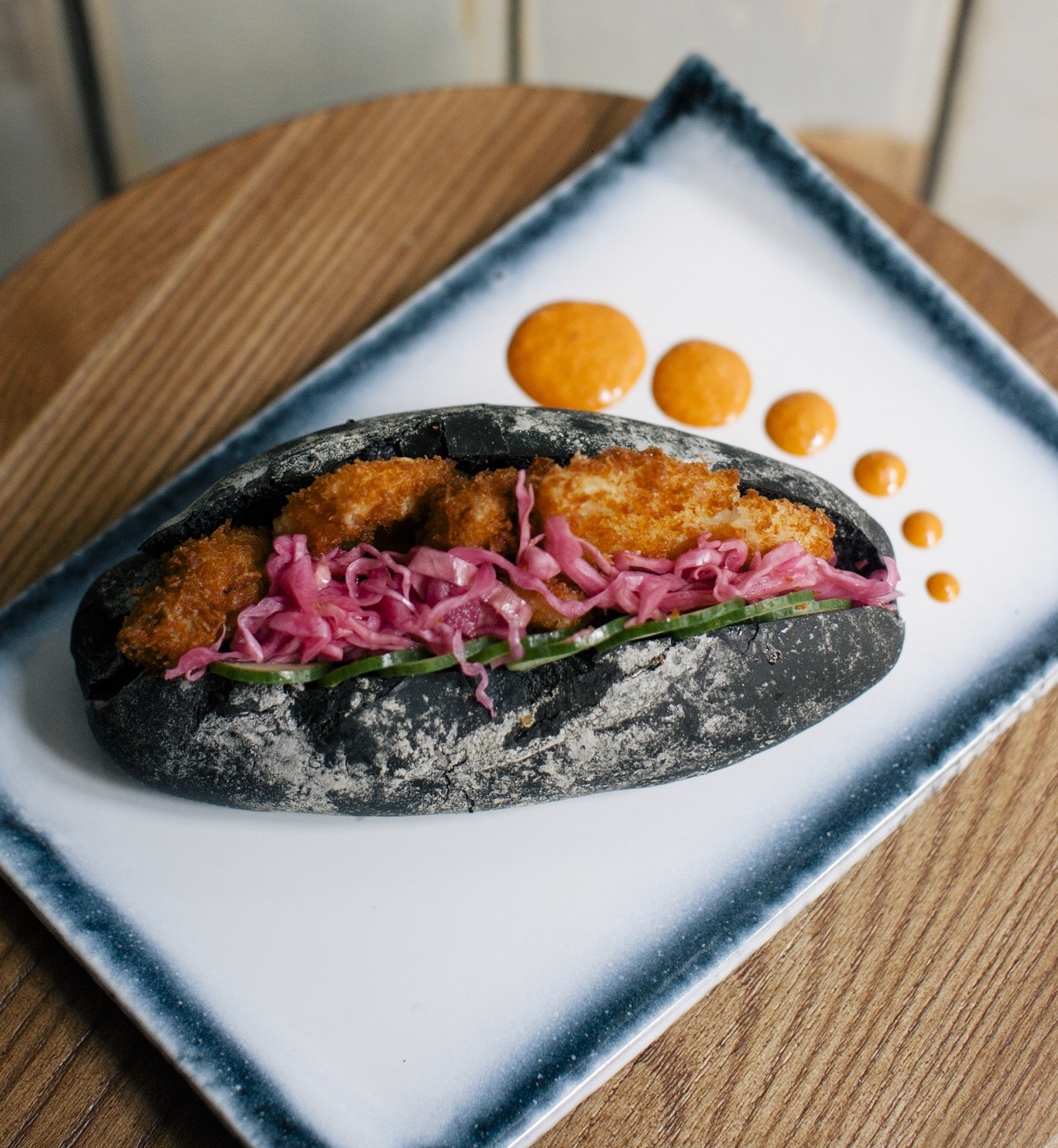 This dish was awesome. I’m a big po’ boy booster, mostly because I like saying po’ boy, but fried oysters and fish mixed with pickles in a baguette, brings some much needed New Orleans charm to Hong Kong. This sandwich was nice because you got a lot of meat that’s not overbreaded and a hot sauce with just enough of a kick that you care. In short, it was very well-balanced. Most fried seafood tastes like bread and bread – this actually tasted like bread and oysters and fish and a flavour explosion.

Yeah so try the Walrus. Eat too much. And be sure to have a po’ boy, a shooter, and a Copy Cat. And tell them Yalun sent you. Or Foodie sent you. Whatever. Just have fun.

Here are the details

Celia Hu | about 1 hour ago