The Event: One Year Anniversary

Celebrate Your 52 Weeks At Twenty Six by Liberty

There are immutable rules of dating: pay for the first meal, get her flower on Valentine’s day, and go somewhere nice for your one-year anniversary. Sure, you can go all ironic and do things like “the anti-V-day playlist” or invite her to “the best restaurant in town” and then surprise - it’s your apartment. But I mean, come on. Do you wear untucked shirts? Are you still rocking jeans and white trainers? Get some non-pleated khakis, tuck in your shirt, and put on a blazer and make reservations at Twenty Six by Liberty for your one-year anniversary. You will not be disappointed and, more importantly, neither will she.

Before I get into the food – and duh, I will – here’s your one year anniversary restaurant checklist:

That’s about it. We want ambiance, fun, inventive food, social lubricants, and rock-hard abs (I added this in because everyone wants that. Stupid magazines and unrealistic expectations…) but not overt formality since it’s a one-yearer. So let’s do Twenty Six by Liberty. To get you in the mood, you can watch their weird promo video with German techno.

Twenty Six by Liberty (“26L” from now on because it looks cool and my hands are getting tired of typing) is one of those hard-to-describe restaurants that’s contemporary dining and demonstrates “Creation · Nature · Purity · Relationship · History · Experience.” Look, I don’t know WTF that means either but just think of it as modern European food with fun flourishes that make the dishes fun and delicious.

26L is helmed by Michelin-star chef, Bjoern Alexander, who used to be at Whisk in the Mira. The restaurant itself is wonderfully sexy, with 26 seats surrounding the open kitchen so you can watch everything get made. I love these flourishes when you get to watch the masters at work; it’s fun and flirty, and always improves the dining experience, unless we’re talking Subway where I just want to close my eyes. 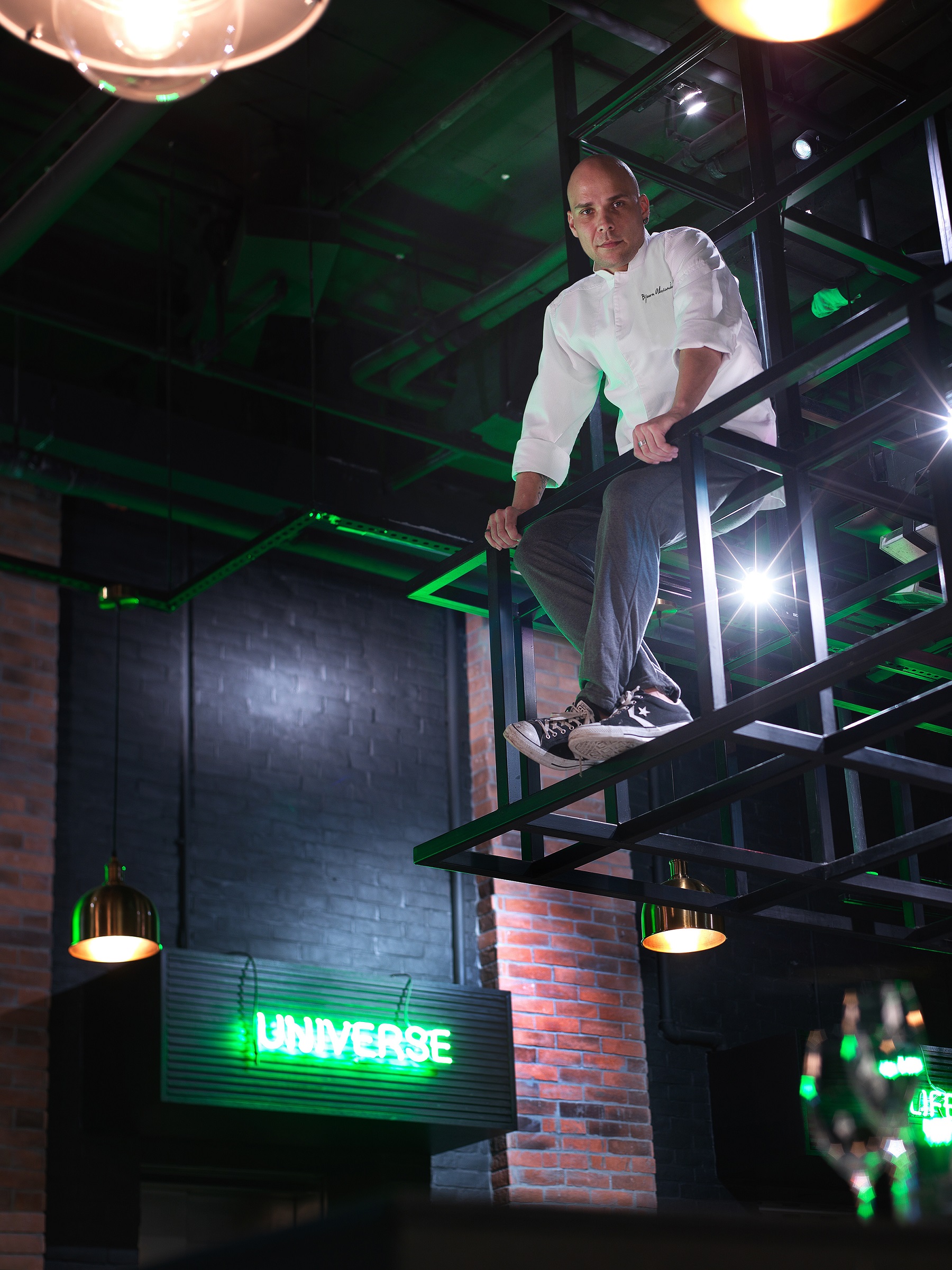 The menu changes often so I’m not going to hit up every dish but try to give you a flavor of the experience because an anniversary is not only a meal but also a culinary show. There is one tasting menu offered of 10 courses consisting of starters (“young sprouts”), mains (“branches”), and desserts (“roots”).

Following modern European food trends, the dishes sound very plain – “potato”, “oyster”, “chestnut” – but are anything but. While the early aughts capitalized on the complexity of molecular gastronomy meals, fine dining today is about invention in simplicity. Which is, as you would want it, very sexy.

I enjoyed everything but here’s what I tried that really popped. 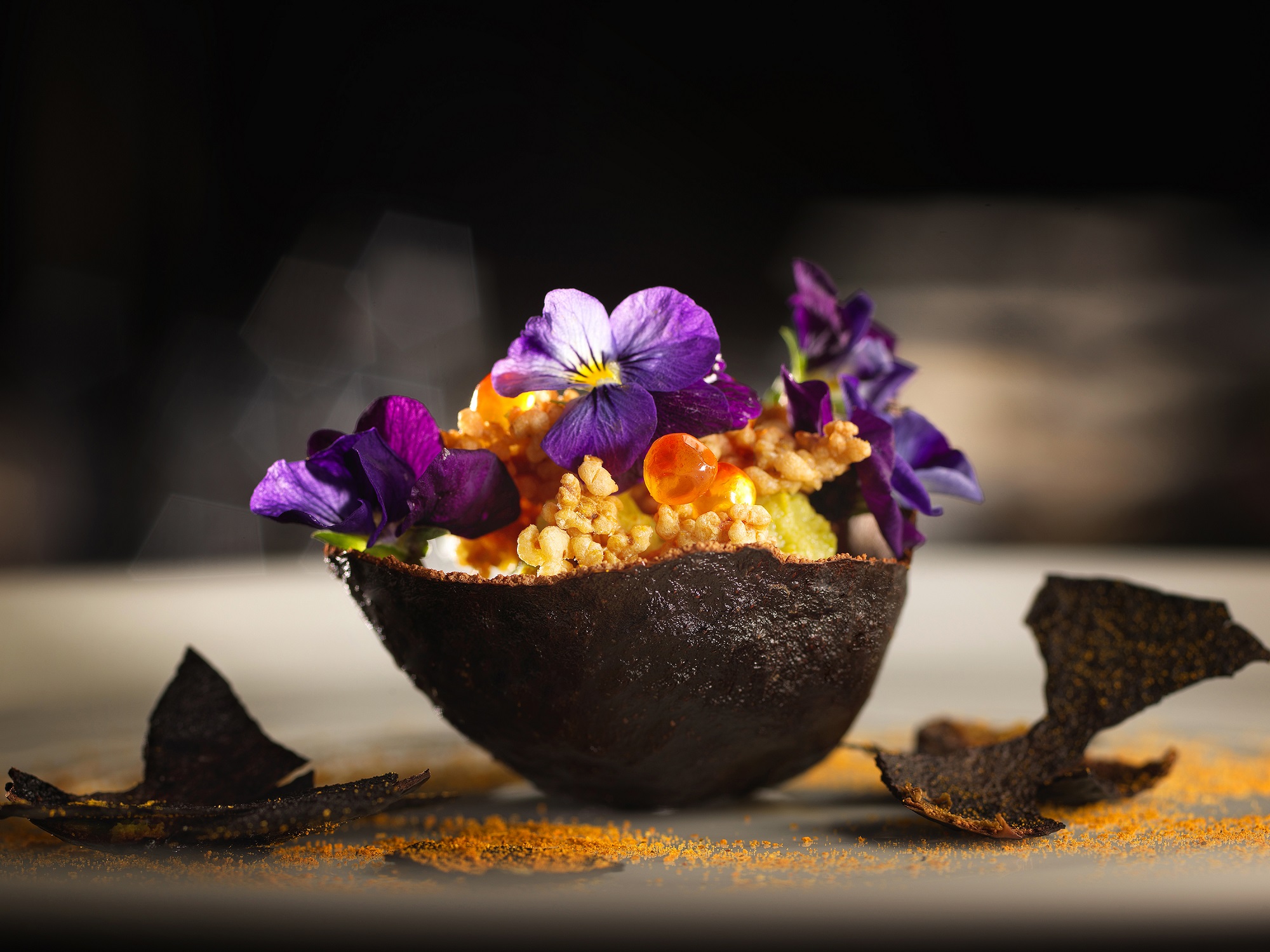 See, I told you the descriptions were wack. But it’s a lovely dish. A burnt avocado shell that is smell-don’t-eat delightful houses a combination of salmon roe, puffed millet, viola flowers, and avocado. The creaminess of the vegetable is wonderful with the wet and crunch of the millet and roe. A dash of curry powder on top gives it a very small kick. Flavor bomb. 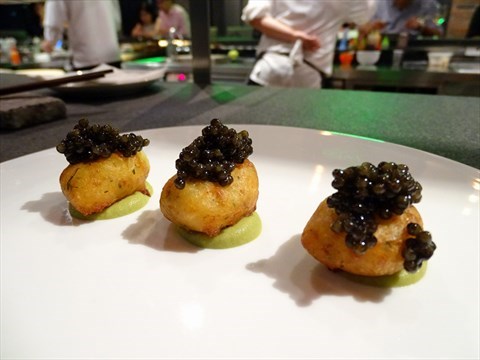 Despite its appellation, the deep fried potato balls were not heavy at all and instead were warm and moist when bit into. The caviar offered an exciting, salty flavor and cut whatever thickness my date and I would have been worried about. 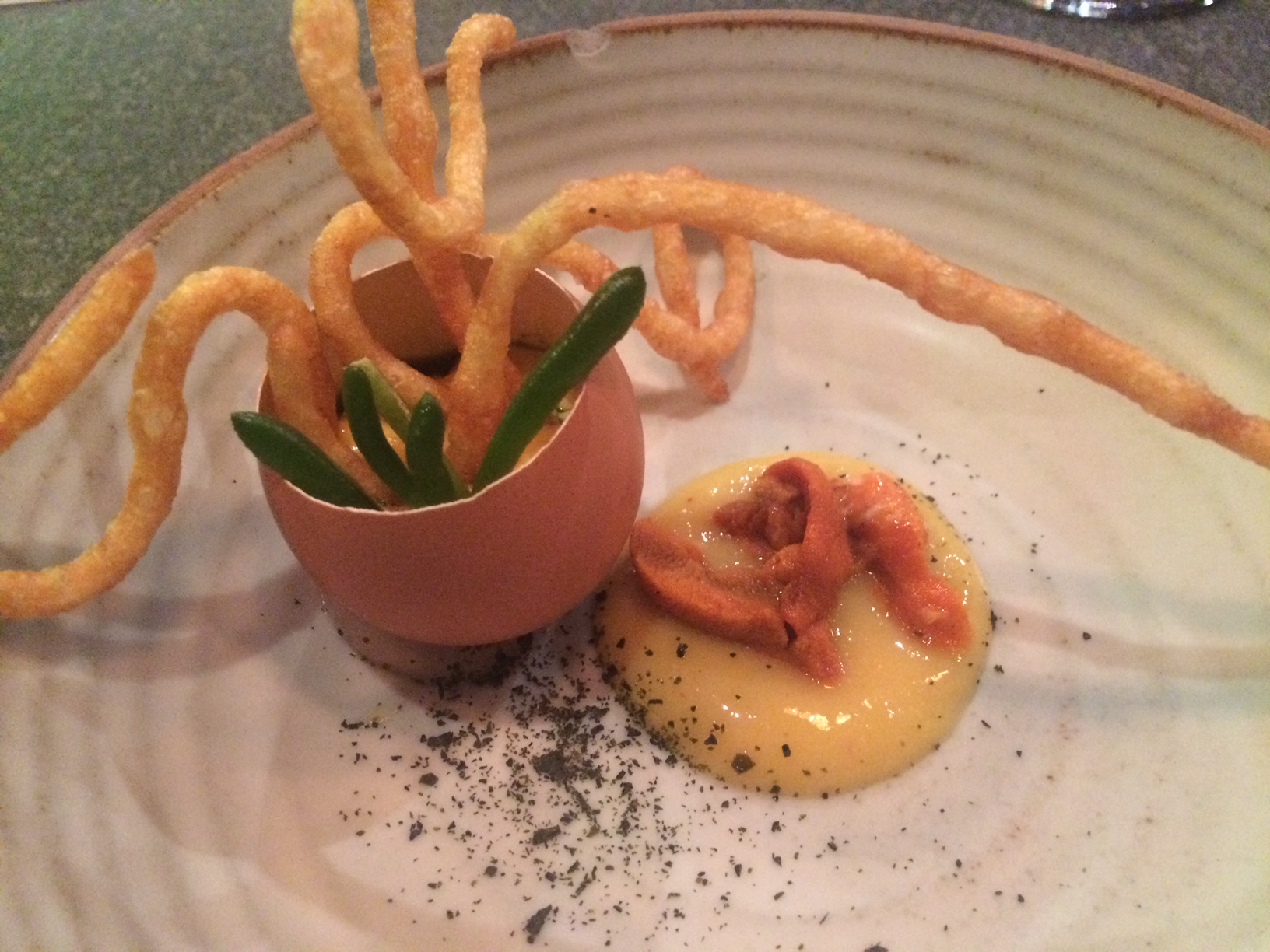 This was the most fun dish, as I greatly enjoyed dipping my onion-ring/wonton-like strings into an organic egg yolk made with butter and corn purée. In another check plus pairing, they offered a bit of Japanese uni giving a creamy bite to it. 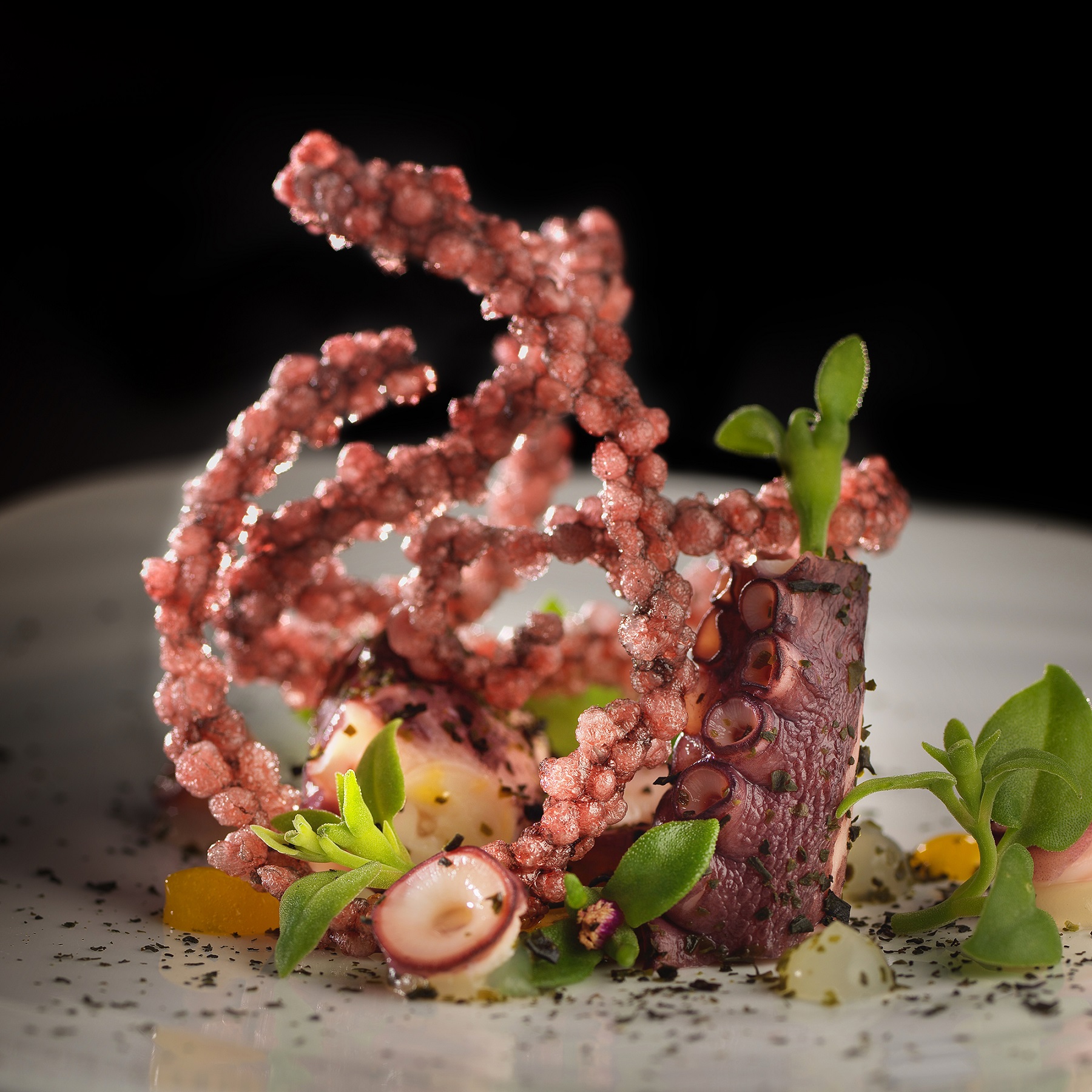 This was the most inventive dish, where wonderfully chewy but not rubbery octopus was surrounded by deep-fried tapioca that gave it the cheekily misleading image of tentacles. It was playful and warm, just like -- I’ll let you finish that simile later. 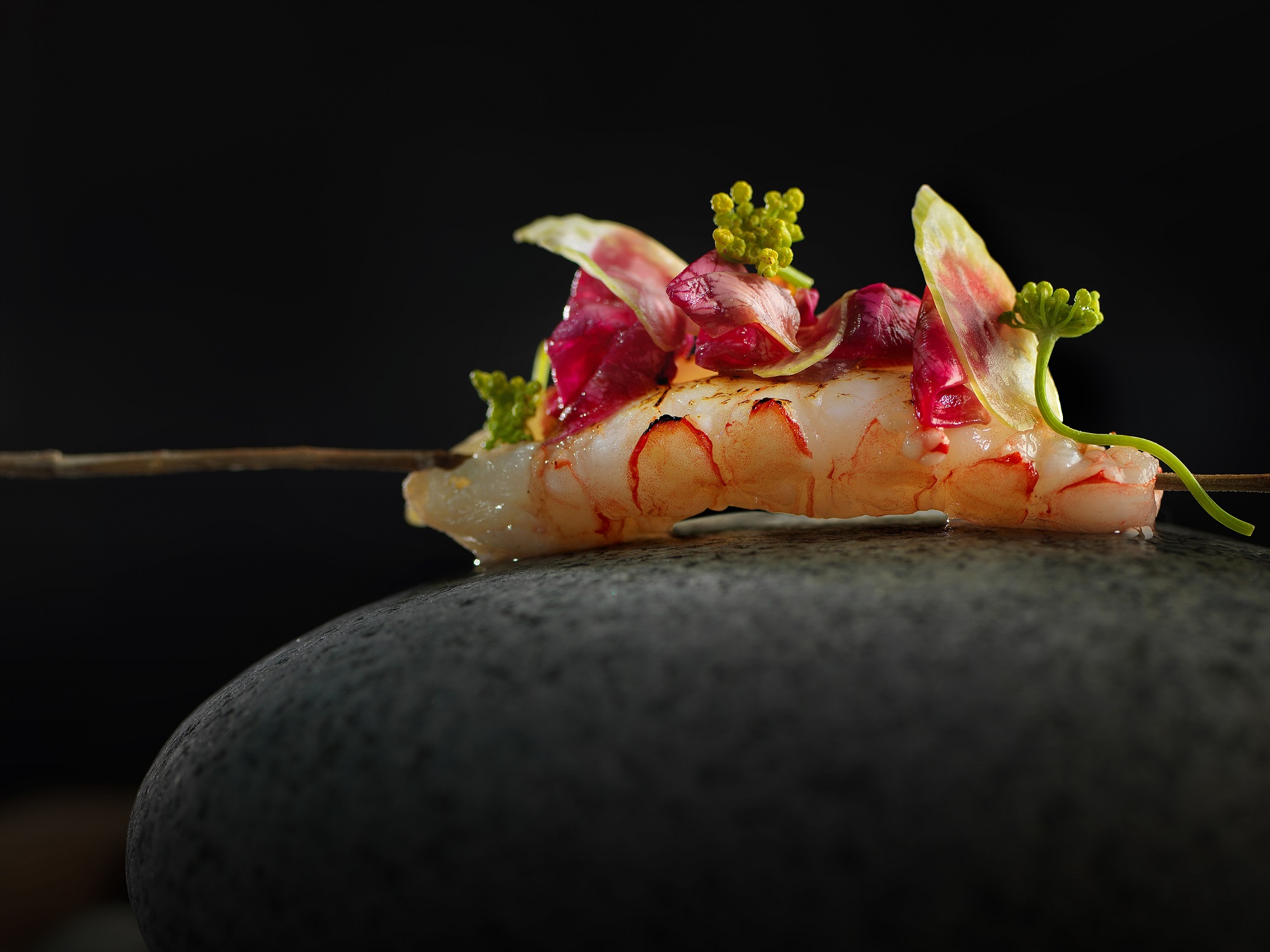 And this was actually both the “oooo” and “mmmm” dish of the evening. Chef Bjoern cooked this right in front of us, skewering the langoustine with a rosemary stick and blowtorching the rawness out of it. He toyed with smells by further blowtorching rosemary under the dish and topped it off with flowers – rose and anise, if I’m not mistaken. It was light and delectable and I enjoyed all of it.

We ate and laughed and drank far too much wine and met a Hong Kong pop star and his girlfriend who showed us lots of Instagram pictures. There was of course, dessert, but like any one-year anniversary, the real dessert is the pre-ordered, overly decadent chocolate thing that I had waiting back at my apartment.