They look as clear as water and taste disturbingly close to the real deals – but how?

I was doing a random grocery run at SOGO the other day and saw bottles of clear Coke, latte and iced lemon tea, just chilling casually in the fridge like they were a normal sight. Wait, no, they’re not normal.

A few months ago, I noticed there was a big hoo-ha over clear iced lemon tea on my friends’ social-media posts when they chanced upon some Suntory bottles in Japan. These bottles have now hit the shelves in other regions around the world, Hong Kong included.

It’s a novelty item and it probably tastes weird, I thought to myself as I brushed off the idea of buying some clear iced lemon tea to try. But fast-forward six months later, I saw two other clear beverages lurking on the grocery shelves, claiming to taste like Coca-Cola and latte respectively. Okay, I had to get my Foodie team to try these guys. And as hardcore as we are, we decided to risk our taste buds with a team blind tasting to determine how close these clear drinks are to the real deals.

To conduct this experiment, I bought Japanese-branded beverages (except Coke Zero) to do the taste comparisons. 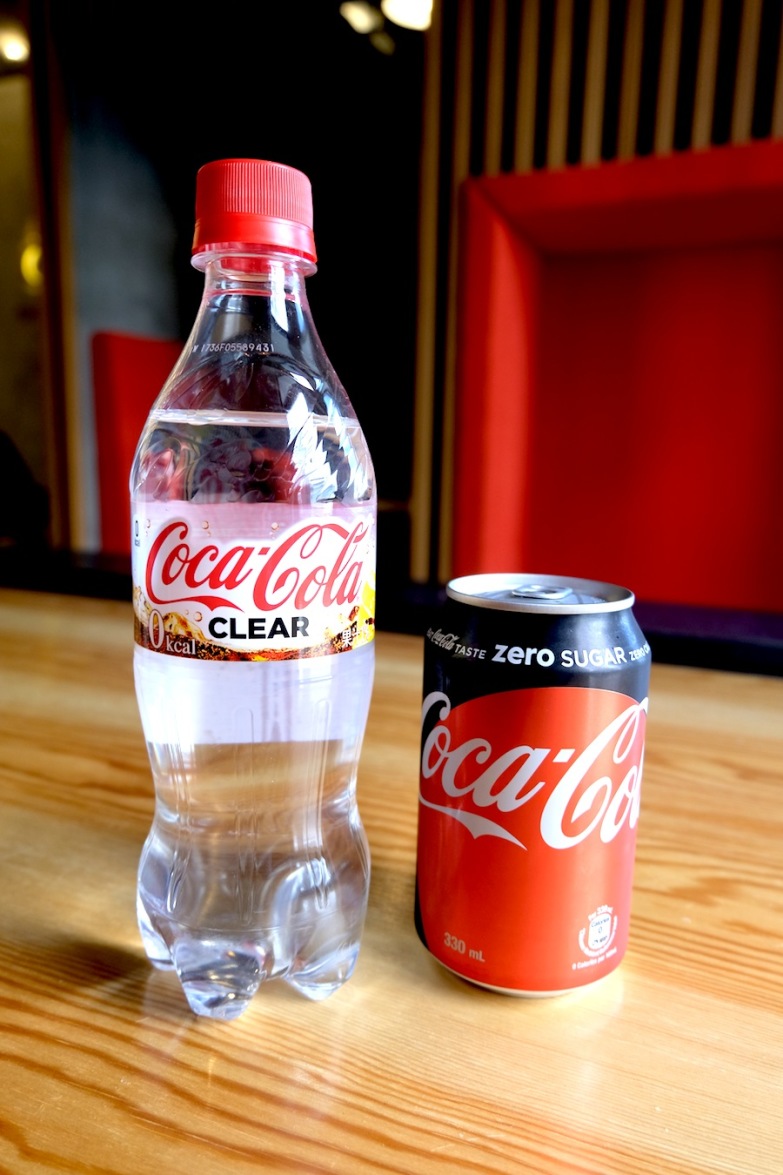 The idea of clear Coke didn’t bother me so much. I mean, I was surprised that Coke took on this clear-looking liquid route as well, but there are many other carbonated drinks out there that are clear such as Sprite, soda water and sparkling water. But 0 calories – really, Coke? Looking at the nutritional chart, all the figures are zilch, from the amount of sugar to the fat content. Clear Coke’s ingredient list consists of water, lemon juice, carbonating agent, spice, acidity regulator, sweetener and caffeine. It sounds like it should taste close to Coke Zero – but lemon flavoured.

Taste results: Quite a few of us likened the flavour to Sprite, and the overall taste consensus was 50/50. Some of us didn’t like it at all (I didn’t), while some of us felt that if they had no other Coke options on the shelf, they wouldn’t mind picking this up. We all agreed that this tasted the best amongst all the clear drinks we tried (quite sad, we know). 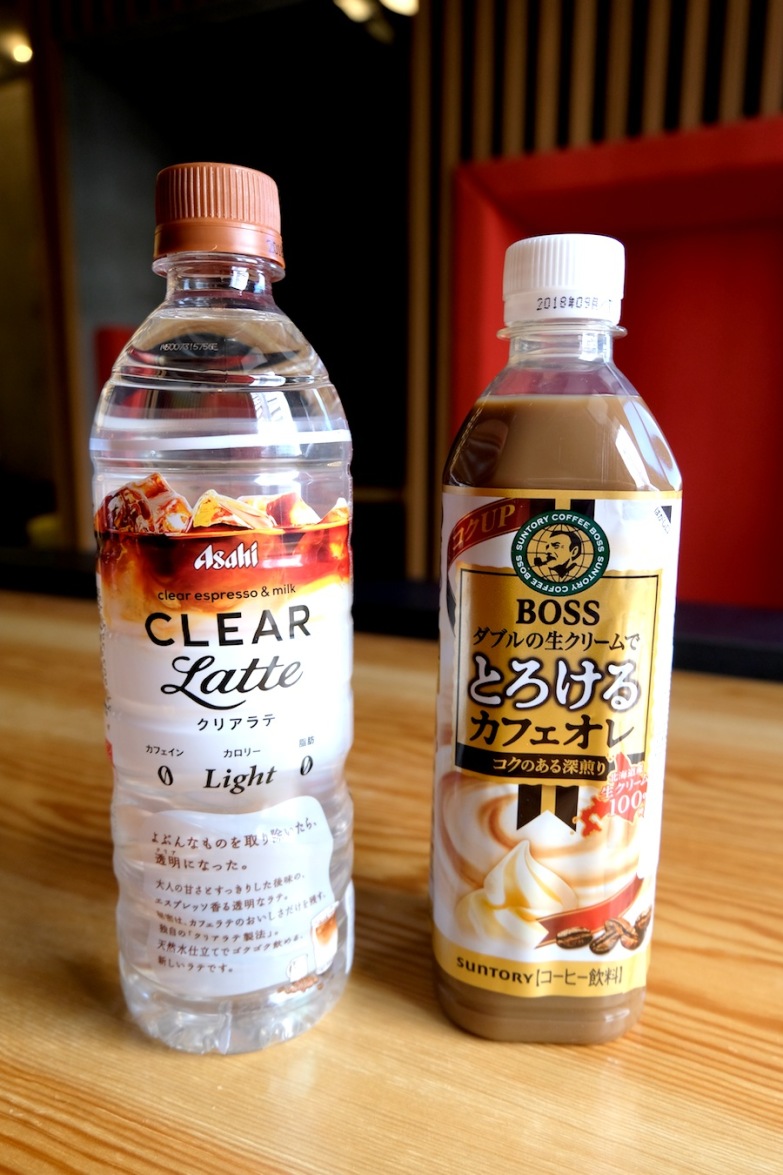 Okay, clear latte really disturbs me. This one states that it’s supposed to be just clear espresso and milk. It does mention that it’s “light”, though, so we couldn’t expect too much from both the coffee and milk flavours – particularly when the ingredient list consists of mineral water, sugars, whey mineral, salt and coffee flavouring.

Taste results: The answer is no, no and NO for clear latte. Everyone cringed at its artificial taste. Someone even commented that clear latte is coffee for toddlers, and we couldn’t disagree. It doesn’t taste like coffee at all and instead just tastes very artificial. Compared to the original bottled latte, the clear one was a lot less creamy and sweet. But, to be fair, we didn’t like either. We’ll stick with freshly brewed coffee, please! 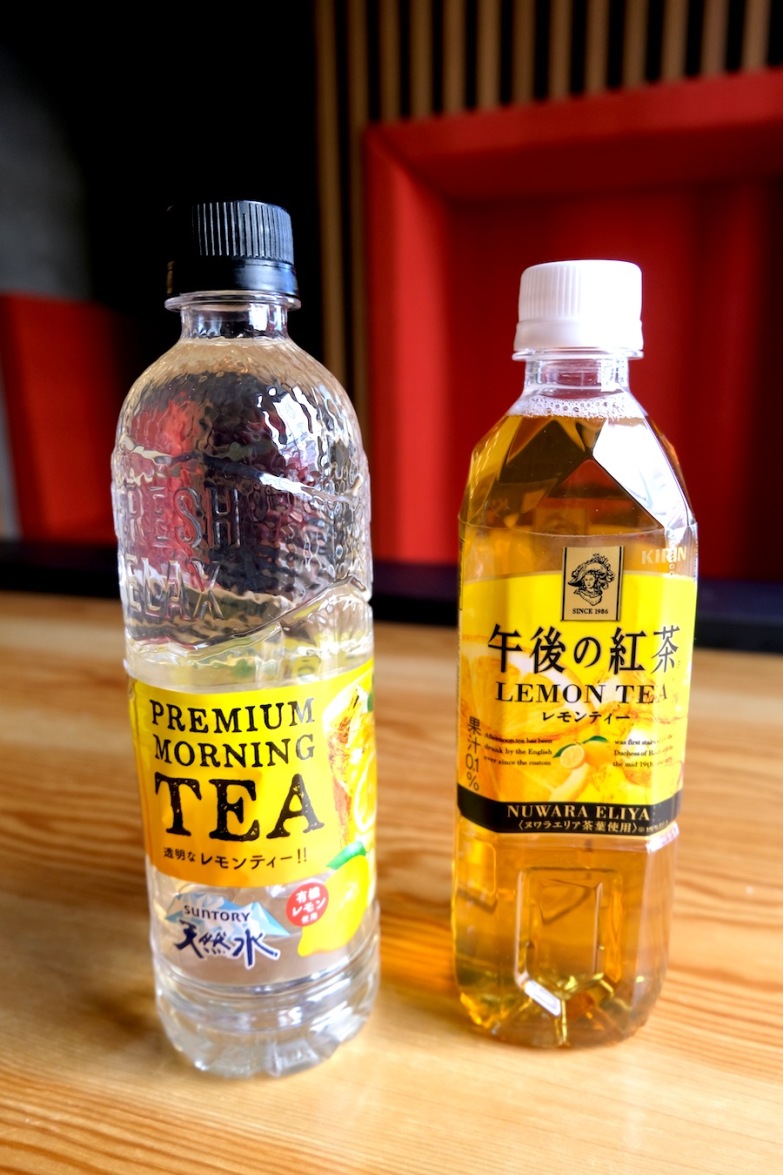 The OG clear beverage is this iced lemon tea by Suntory, one of the first clear drinks to be launched. The ingredient list consists of natural mineral water, sugar, black tea, organic lemon juice, salt, mint extract, fragrance, caffeine and antioxidants (huh?). But, hey, there’s black tea on the list, so it should still taste pretty legit, right?

Taste results: The clear iced lemon tea wasn’t all bad. It just tasted like a watered-down version of iced lemon tea where the ice has melted into the drink. It wasn’t very sweet, but there was a hint of tea, for sure. But, of course, the original one was stronger in tea flavour and tasted more like the iced lemon tea we normally know and love.

This was a fun experiment, but I think it was probably the last time I’ll try any clear drinks. Besides paling in comparison in terms of taste to their original counterparts, the clear drinks are actually more expensive than the original ones. In the end, why would you pay more for something so artificial?

Spend your winter weekends brunching at these top spots around town