Since being crowned the first-ever MasterChef Asia winner, this qualified lawyer-turned-chef has been piling up his plate with collaborations and pop-ups

We’ve always wondered how intense the MasterChef competition would be, having watched contestants scurry from the pantry to their counter and cook under such stressful, tight time frames from behind our TV screen. 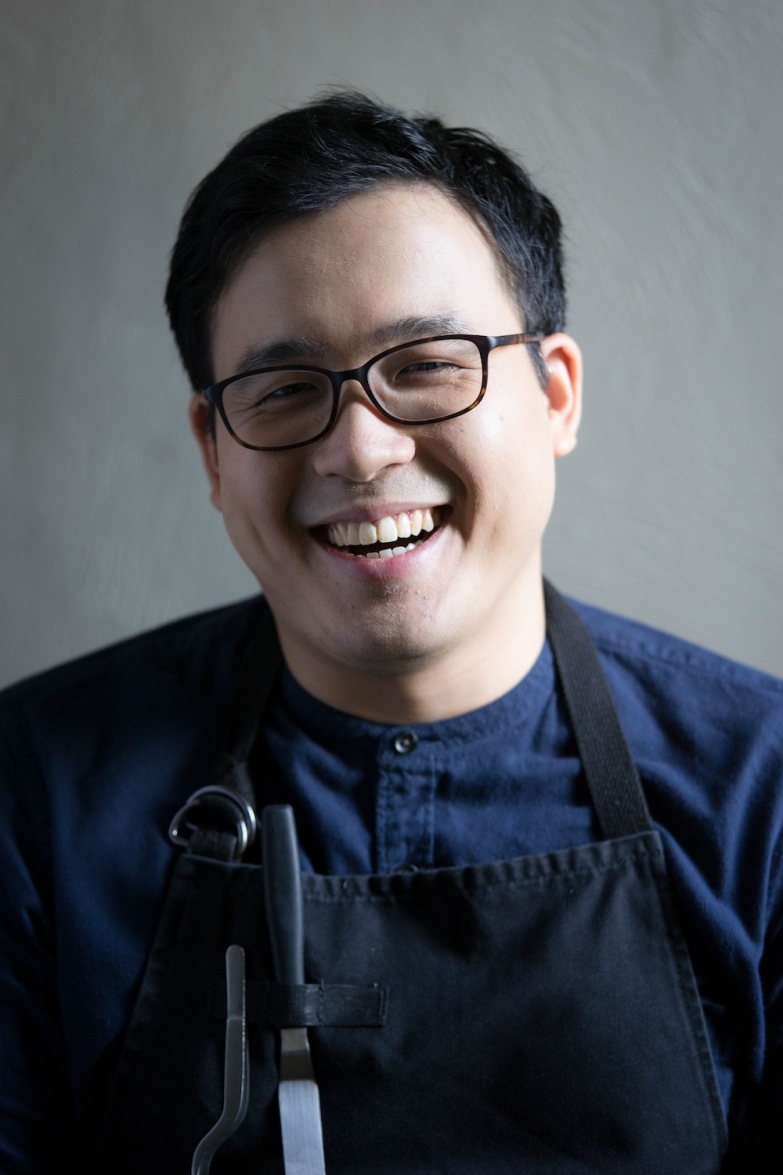 'It is as intense as seen on TV!' confirmed Woo Wai Leong, the Singaporean chef who is the first-ever MasterChef Asia winner. Legally trained Wai Leong was pursuing law before he joined the acclaimed competition. Aside from being called to the bar, this adventurous chef was also tending a bar, where he trained to be a bartender at various watering holes in Singapore.

It’s been almost two years since the first season of MasterChef Asia ended. We caught up with this go-getter in sunny Singapore, where he shared with us some tasty insights on what’s next on his plate.

How has your life changed since winning MasterChef Asia?

I've made a transition from being a corporate lawyer to fully dedicating myself as a professional in F&B. I'm my own boss now, which means I have a lot more freedom to explore the various projects that come my way. It also means I need a lot more discipline to provide for myself and my team now that I don't have a scary law firm partner breathing down my neck about deadlines!

Winning MasterChef Asia has also expanded my network in F&B. I'm a classically trained bartender, so combining my existing group of contacts in the 'B' part of F&B with the friends I made on and after the show who are mainly in the 'F' part of F&B has led to a lot of new opportunities. I recently finished a collaboration with Reynold Poernomo, one of the finalists on MasterChef Australia, at a friend's restaurant in Singapore, Salted & Hung.

When did you discover your passion for food?

Growing up, my mother was very active in the kitchen and would always try to get my three sisters and I involved in the cooking process. As it happened, none of my sisters were very interested in cooking, so as a child, I ended up having one-on-one time in the kitchen with my mum, helping out where I could. I enjoyed spending time with my mum, and without knowing it, I was learning a lot as well.

As I grew older, my interest and curiosity about food grew as well. As a teenager, I saved up to afford my first 'real' cookbook, Justin Quek's Passion & Inspiration. I watched a lot of cooking shows, dabbled in part-time kitchen jobs during the school holidays and raided YouTube for information. I cooked a lot for myself and for friends when I studied abroad, and even upon returning to Singapore, I was training for the bar exam at a law firm by day and training to be a bartender at night.

So which do you enjoy more: being called to the bar or being a bartender?

Which do you think! Being a lawyer and being a bartender are both service-oriented jobs, but the latter deals a lot more with happiness, and we could all use a little more happiness. Both sets of skills have enriched my cooking journey in different ways. Law has helped me to process information a lot faster (most people are surprised to know I have just as much reading and researching to do now that I'm focusing on food) and has given me a unique perspective on the world and how to interact within it.

Being a bartender, we learn a lot about the history of a drink so that we can accurately capture this history in a glass for our guests. The hospitality angle of being a bartender is something that has translated into my cooking – I'm still interested in personalising my guests' experiences according to their needs and trying to take the time to understand what would make their day, within the parameters of kitchen operations.

Seems like you have been experimenting a lot in your kitchen lately. Which cooking techniques are you currently obsessed with?

I'm fascinated with the classics of both food and drink, and I believe you need to know and understand the rules of a recipe before you decide to break them. These days, I'm focusing a lot on desserts and pastries. On MasterChef Asia, I was primarily known as the chef who put out a lot of savoury dishes, but I have great love for my sweets too! I'm experimenting a lot with ice creams, sherbets and sorbets, and I'm finally getting around to perfecting my canelés using these copper moulds from France that I bought while I was still reading law in the UK. It's been a fun journey!

If there’s one thing you had to eat every day, what would it be?

Oodles of noodles! Pasta, ramen, mee/mian of any shape or form is my ultimate comfort food. For four years as an international student, I was travelling to and from Singapore and the UK several times a year, and each time, I would bookend my Singapore trip with the bak chor mee from the Terminal 3 food court. It wasn't the best bak chor mee in Singapore, but it was my ultimate comfort food, and it's led me to believe that when we eat, we're eating as much for the memory as for the flavour of that particular dish.

Where’s your favourite place to eat in Hong Kong?

First off, this is an impossible question – how on earth does anyone choose a single place in one of the great eating cities of the world? I enjoy everything from chicken pie and pineapple buns at Kam Fung, to yakitori and mushroom udon at Yardbird, to delicate dim sum and amazing views at Tin Lung Heen.

What’s that one local food people must try when they visit Singapore?

Chicken rice at Wee Nam Kee is a must try, but since everyone (correctly!) goes on about chicken rice, I'll add to the conversation and say that street-style dishes at the local zi char (where you can find a wide selection of affordable, restaurant-style Chinese dishes) are definitely worth a stop – places like Wee Nam Kee, New Ubin Seafood and JB Ah Meng come to mind.

What are your next steps in the food scene?

Food-wise, my current experimentations are geared toward creating a new vocabulary of flavours and components by using modern techniques on Asian dried goods and traditional Chinese medicine. On the career end, I'm keeping busy with a series of pop-ups and collaborations around the region. My end goal is to open a casual fine dining restaurant that will earn a Michelin star. That's the dream, anyway! Interested investors, come down to the pop–up – we can talk then!