If a trip to the new Flaming Frango space in SoHo was a new hit single, it would be a remix of Miley Cyrus’ “The Climb”, ending with an ooh-na-na from Camilla Cabello’s “Havana”. 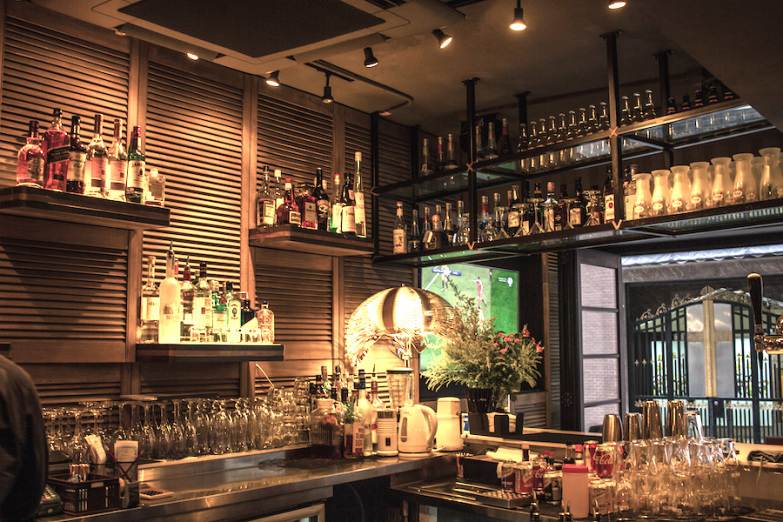 Now 2,000 square feet in size, Flaming Frango’s new dining space boasts a spacious open bar where guests can chill with a drink or two either before or after dinner. These include signature tropical cocktails like the lychee lemongrass colada ($85) – which easily became my favourite with its refreshing lemongrass and zesty pineapple touches – Portuguese red sangria ($78/glass or $380/jug) and daiquiris available in multiple flavours. 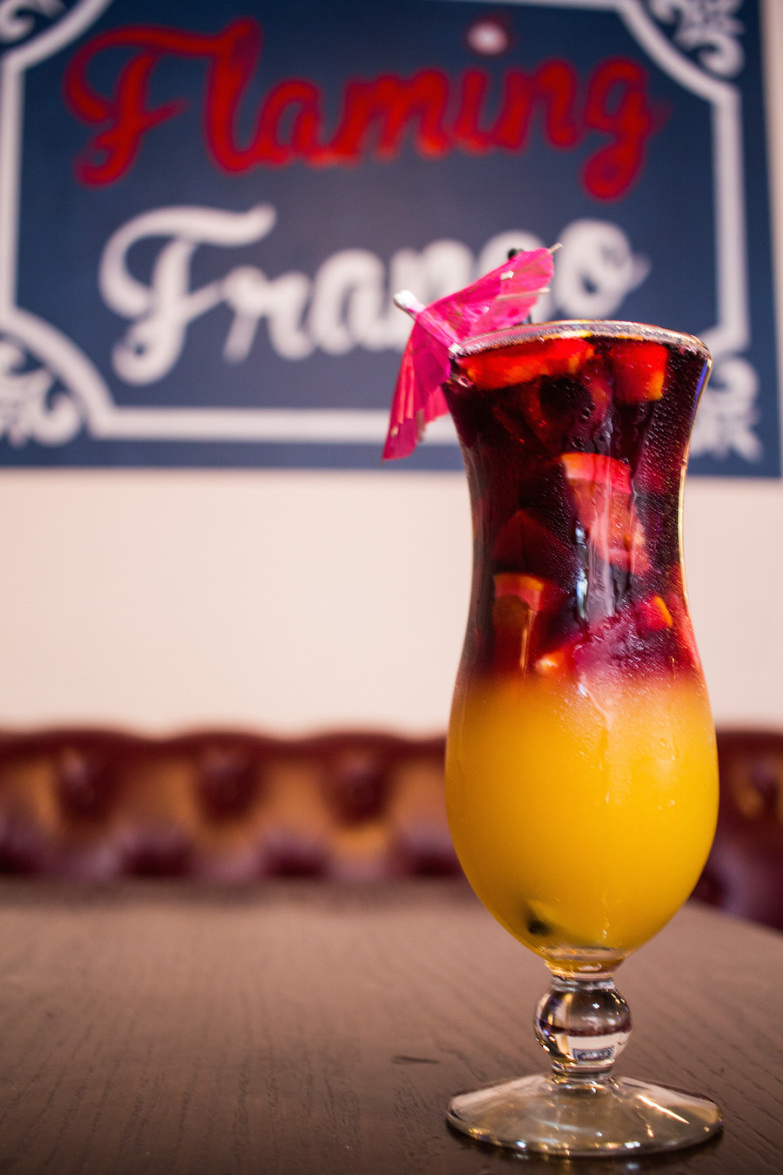 If you’ve ever been to Flaming Frango, the first piri-piri kitchen and bar in Hong Kong, you’ll know that they pride themselves on their homemade spicy sauces and – of course – their chicken. Everyone comes here to try the famous piri-piri chicken (starting from $88), which is freshly grilled with a perfectly charred exterior encasing a tender and juicy interior. Guests can challenge themselves to the various spice levels of the eatery’s homemade piri-piri sauces, with chilli lovers like me enjoying the hottest level for a wham slam on the taste buds. They have wholesome flavours catered to non-spice eaters too, including mint sauce and ginger sauce, that are equally memorable. 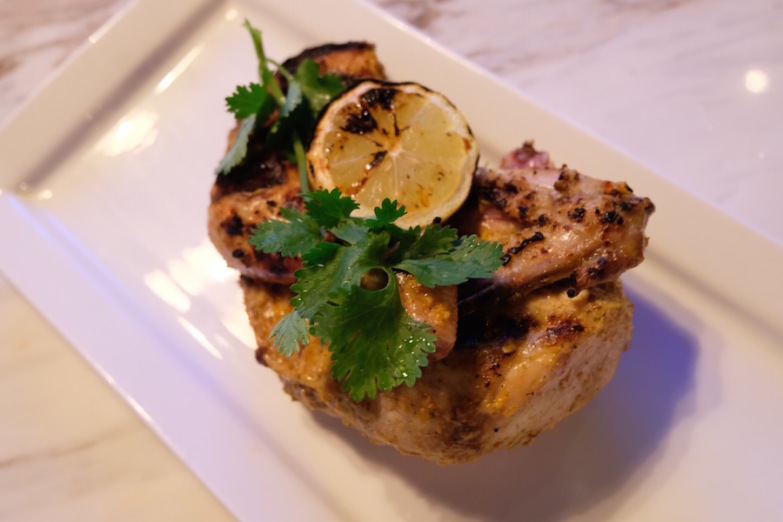 With the new space, Flaming Frango has some additions to the menu. One brand-new item is the sherry garlic beef ($98), with New Zealand beef cubes seared with a dash of Spanish sherry and garlic. This tasted like the beef you get off a Japanese teppanyaki counter (read: scrumptious). 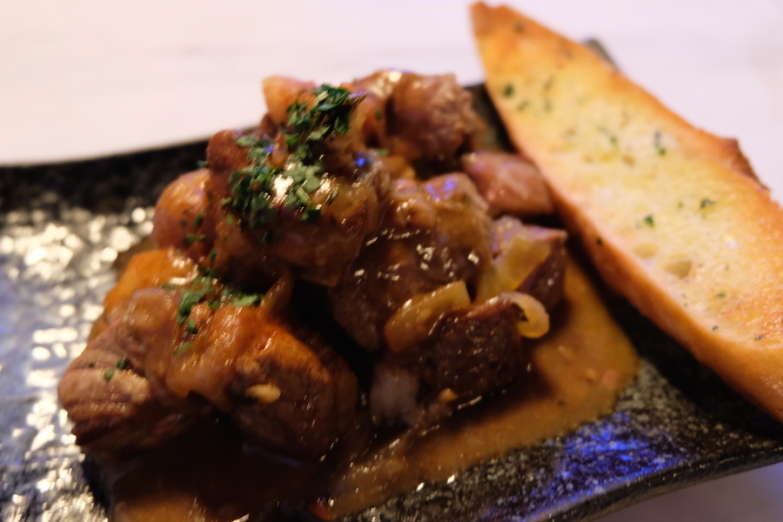 The quinoa and feta cakes ($78) proved to me, a non-fan of quinoa, that quinoa can be a bad boy in this crispy, cheesy rendition. 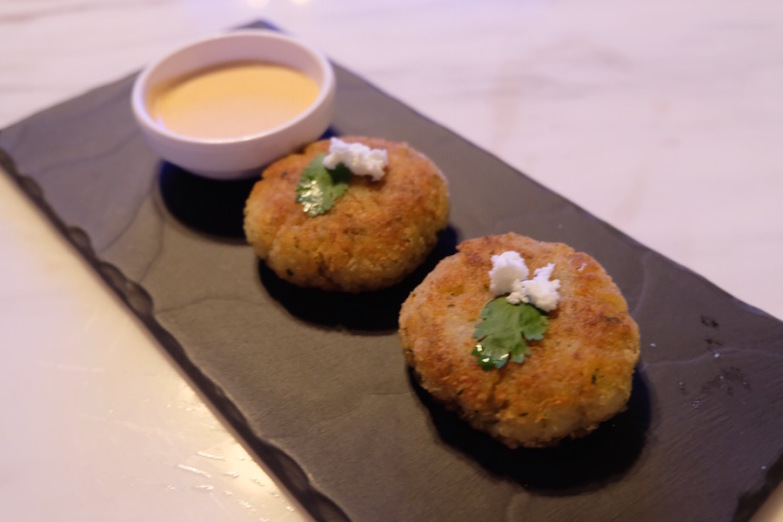 Hands down, our favourite new item was the portobello and truffle croquettes ($78). These golden poppers were filled with a smooth, creamy truffle-portobello mixture that definitely didn’t slack on flavour. 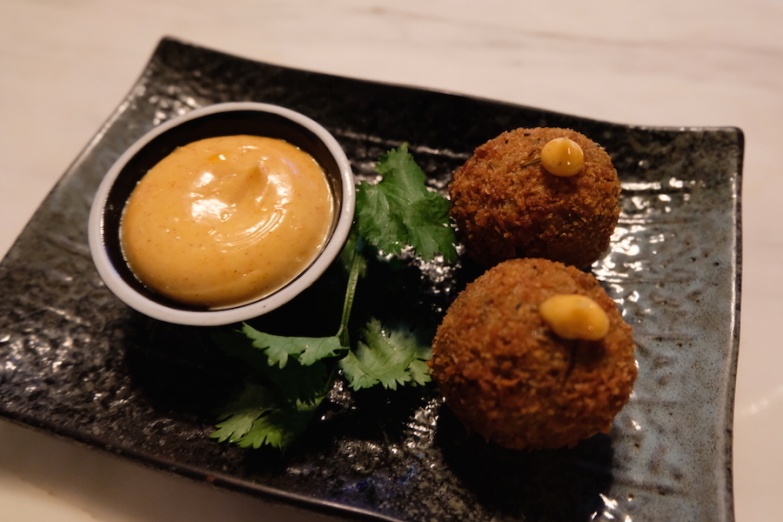 While the majority of our meal was filled with hits from the small bites and sides, the new main dish, piri-piri chicken coconut curry with rice ($138), didn’t seem to be on par with its strong main contender, the piri-piri chicken. The curry was essentially made from the same piri-piri sauce with the addition of cream, and it tasted exactly like what I just described: sauce and cream. Next time, I’ll stick with what Flaming Frango is known for – their awesome piri-piri chicken and small bites. 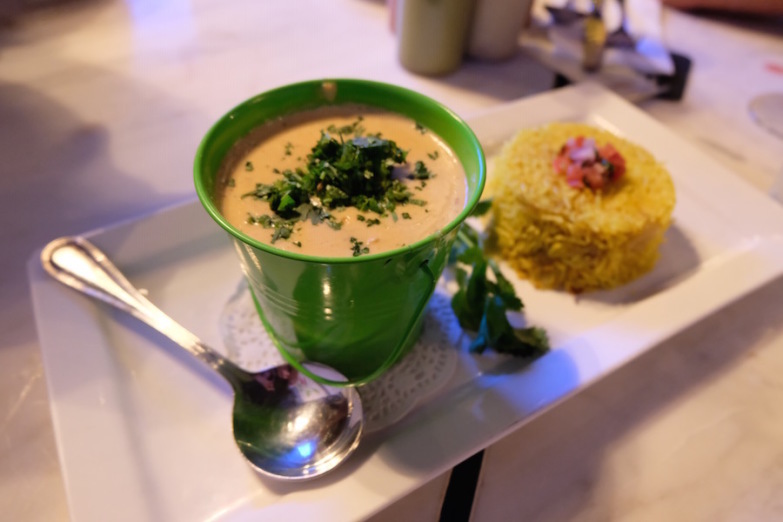 These guys definitely know their spices, which was evident in their homemade sauces, piri-piri chicken marinade and signature rice. Flaming Frango serves up simple, hearty food that isn’t too hard on your wallet. We’re definitely coming back soon for some chicken and cocktails!