An exploration of some of the most palate-friendly dried seafood ingredients available and simple recipes for the adventurous foodie.

Every morning I walk past the small, family-run seafood stores of Sheung Wan jammed packed with dried delicacies from the sea. Under harsh fluorescent lights, glass jars proudly display larger than life sea cucumber and abalone whilst fish maw dangles from the ceiling. The smell that wafts onto the street is pungent and distinct. Most days, I’m intrigued and intimidated in equal measure. That is, until recently when I mustered up the courage to enter Tung Hing Tai Kee, one of the oldest dried seafood stores in Hong Kong.

Located on Des Voeux Road West near the Sai Ying Pun boarder, Tung Hing Tai Kee has been trading for 97 years and, much like the dried seafood industry itself, has survived a formidable amount of challenges. Over the past century, two world wars disrupted trade routes and demand as the country struggled with recessions. In the last couple of decades a shift to fast-food threatened to make dried seafood not only irrelevant but worse of all, uncool. And finally, since the Chinese handover, gentrification has pushed out stores to a handful of remaining neighbourhoods.

Yet unphased is Mr Leung: proud proprietor, dried seafood guru and passionate tradition-keeper. In fact, he’s optimistic. Starting at the tender age of 14 as an apprentice to his father, Mr Leung has been in the game for 60 years and has seen it all. As we chatted away with the help of a trusty translator, the store was filled with elderly ladies stocking up in preparation for their new year feasts. He told me some have been frequenting the store since before he was born; initially as toddlers accompanying their grandparents and now as seasoned customers themselves. However his optimism is driven by a new breed of customers who are flocking to this store. It seems that the young, upwardly mobile Hong Konger’s obsession with food spans far beyond the new fancy Michelin-starred restaurants and trendy hipster joints. More than ever, young Hong Konger’s are being drawn to their roots including their ancestor’s love affair with dried seafood, experimenting with traditional dishes at home. 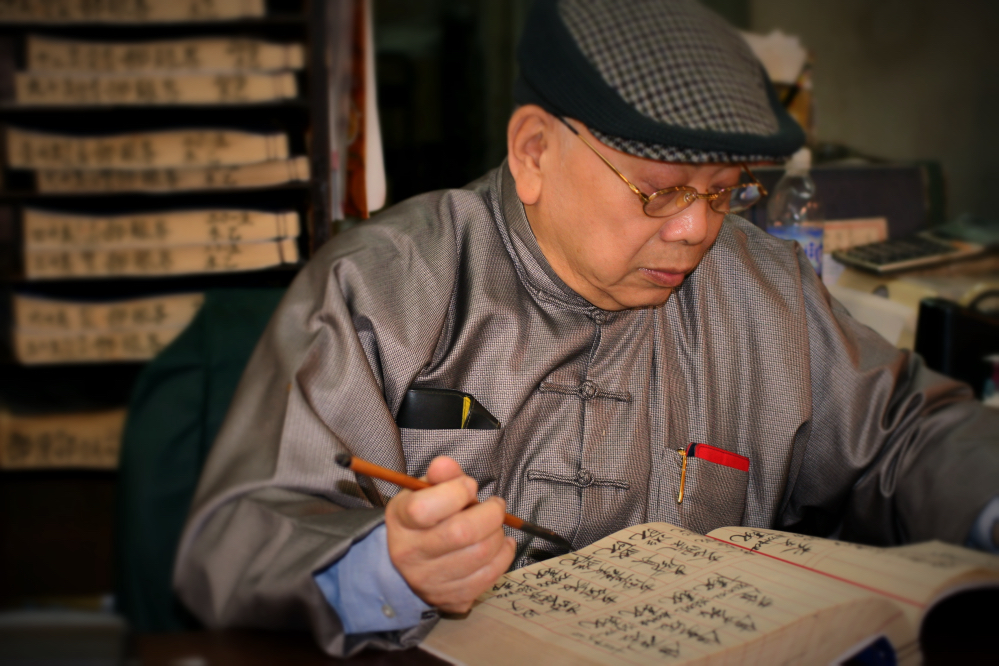 “Hong Kong is changing rapidly and traditions are being lost, many young people see this as a simple way of maintaining a link to our heritage. The elderly enjoy showing the younger generation how to incorporate the ingredients into everyday cooking. It gives them a point of connection” - Mr Leung.

I was inspired. Browsing the store, I asked Mr Leung what I’d most likely enjoy and what on earth I could make that wasn’t completely beyond my culinary limits. He shook his head empathically and selected five of his most ‘gwelio-friendly’ ingredients whilst his business partner walked into a back room and surfaced carrying a dog-eared note book filled with family recipes. My translator copied out the carefully chosen selection whilst I was invited to eat lunch out back with the staff. Mr Leung’s chef had prepared a feast of dried mushrooms, oysters and sea cucumbers stewed in thick sauces and vegetables. I sat down on a cardboard box, amongst his team and a wandering ginger cat, took a deep breath and tucked into a sea cucumber smothered in sauce. The verdict? Unexpectedly delicious.

Popular in southern coastal Chinese provinces with a strong fishing industry such as Ganghzou and Hong Kong, drying was a perfect way to preserve and extend the shelf-life of fish. For many years fish was the dominant product in stores. However, as disposable incomes grew, the focus shifted to seafood which is sold and bought in “Catty” (1 Catty is equivalent to approximately 600 grams). Free from preservatives and additives, good old-fashioned natural sunshine is the only ingredient used in the drying process. In fact, it preserves flavours so effectively and efficiently that it has gone unchanged in centuries. The drying process concentrates the flavours of the produce so expect items like dried oysters and abalones to pack quite a punch! According to Chinese Traditional Medicine (TCM), many of the products are considered to have health benefits so incorporating them in everyday cooking is considered a way to maintain good health. 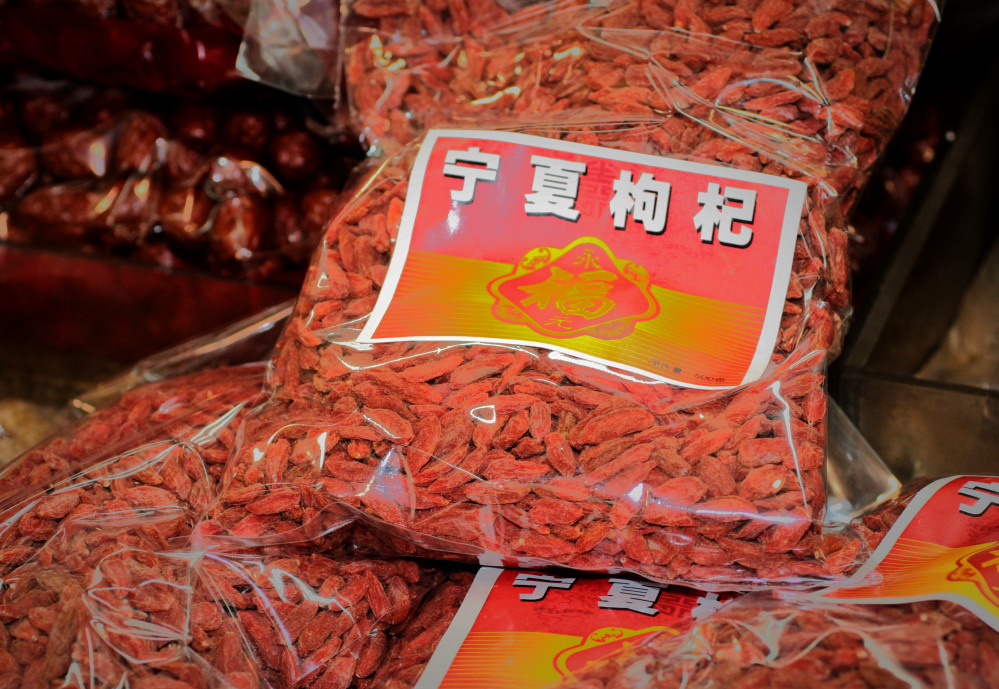 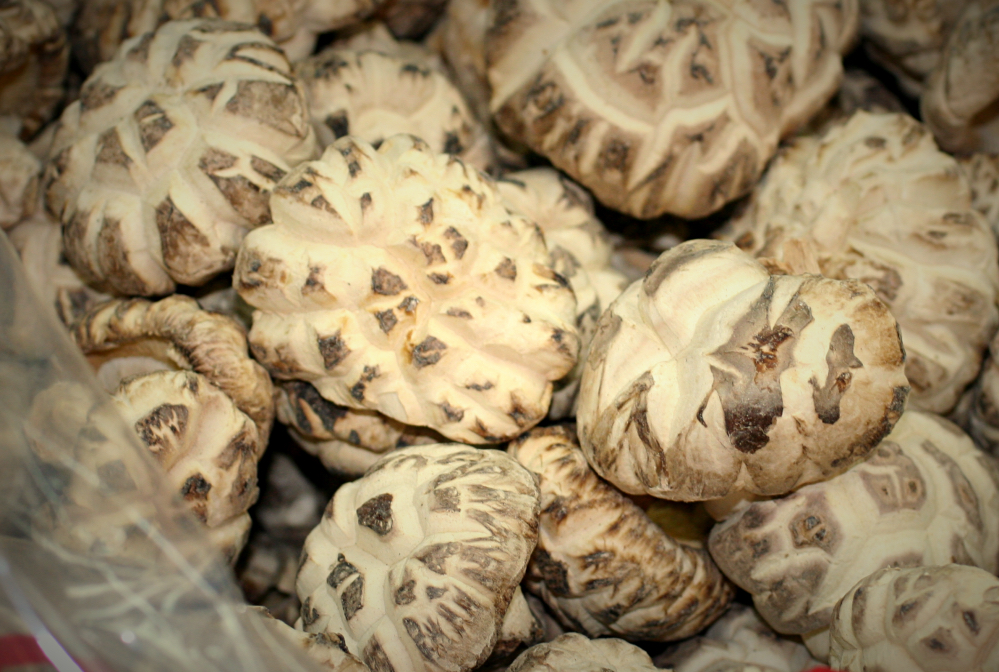 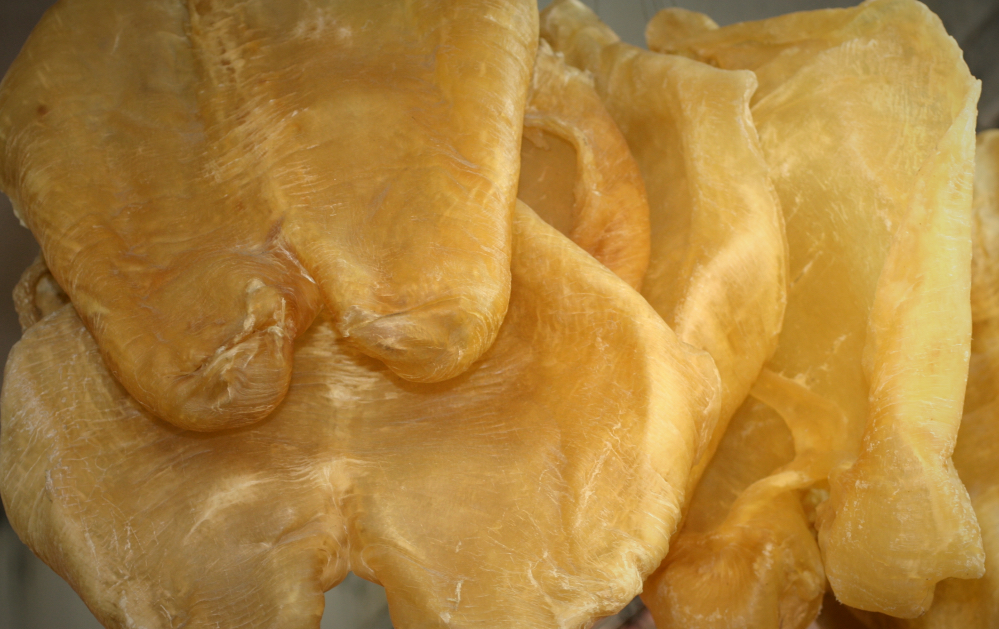 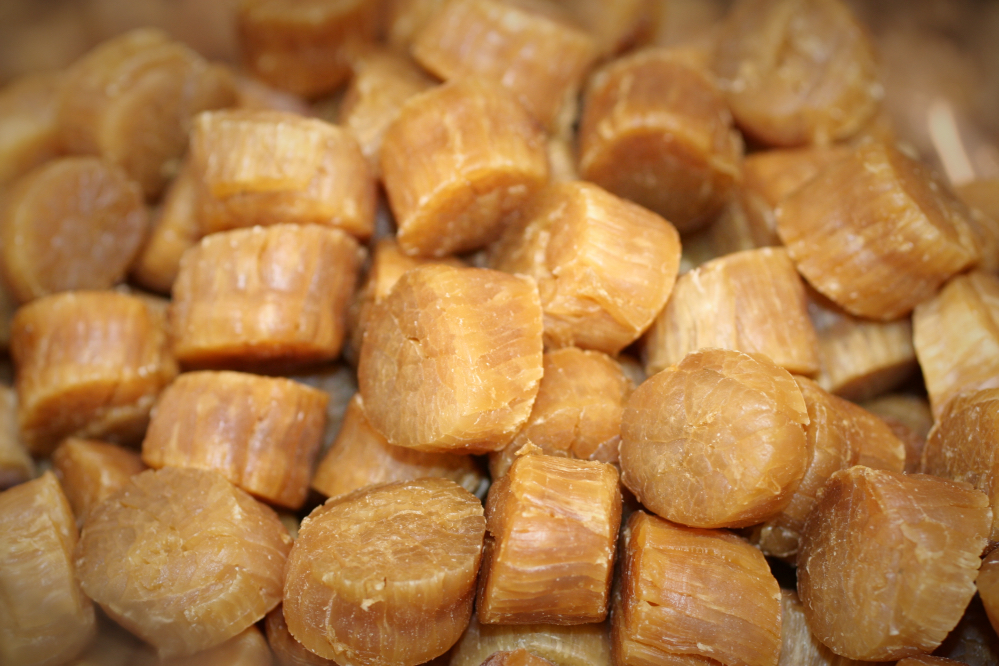 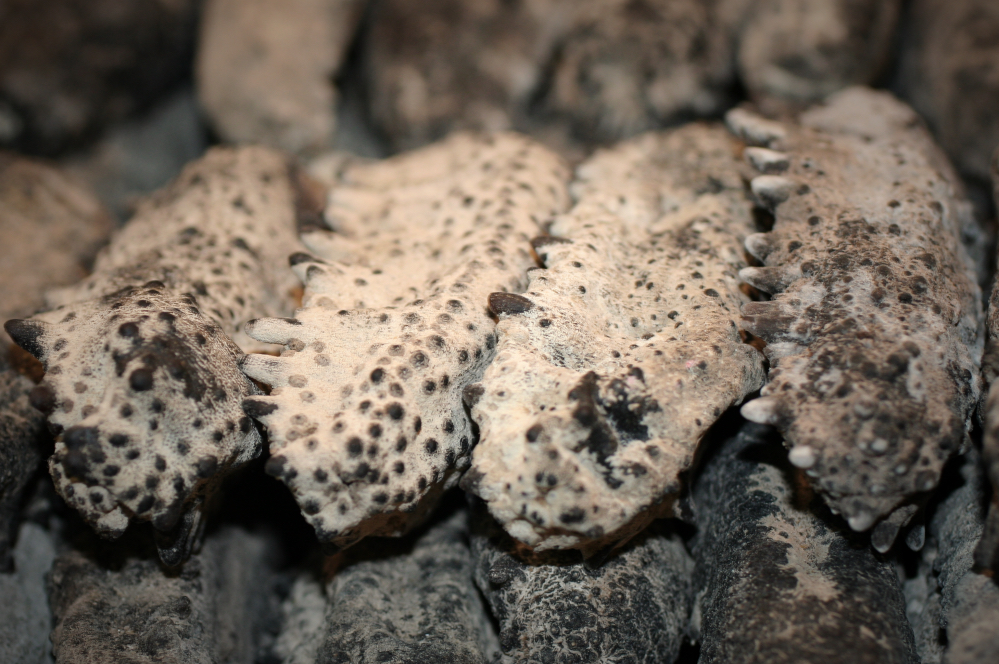 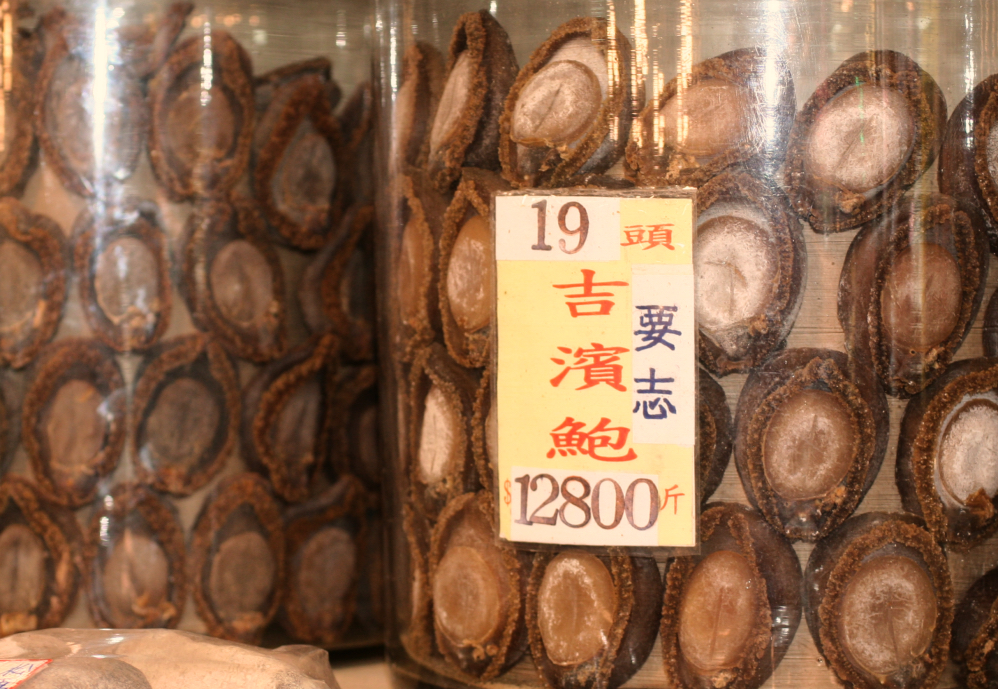 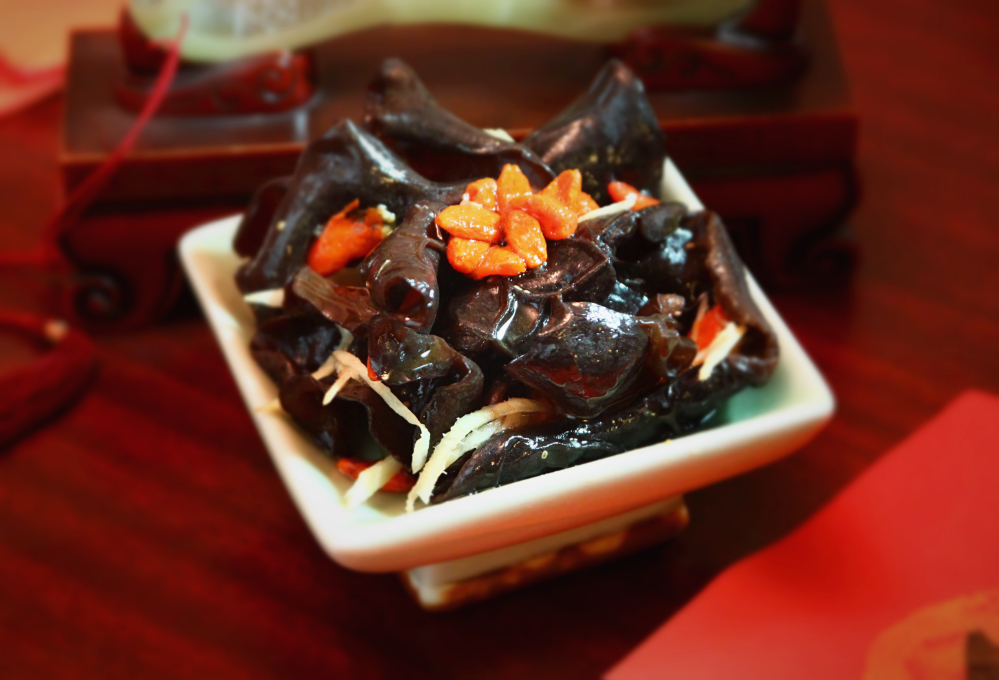 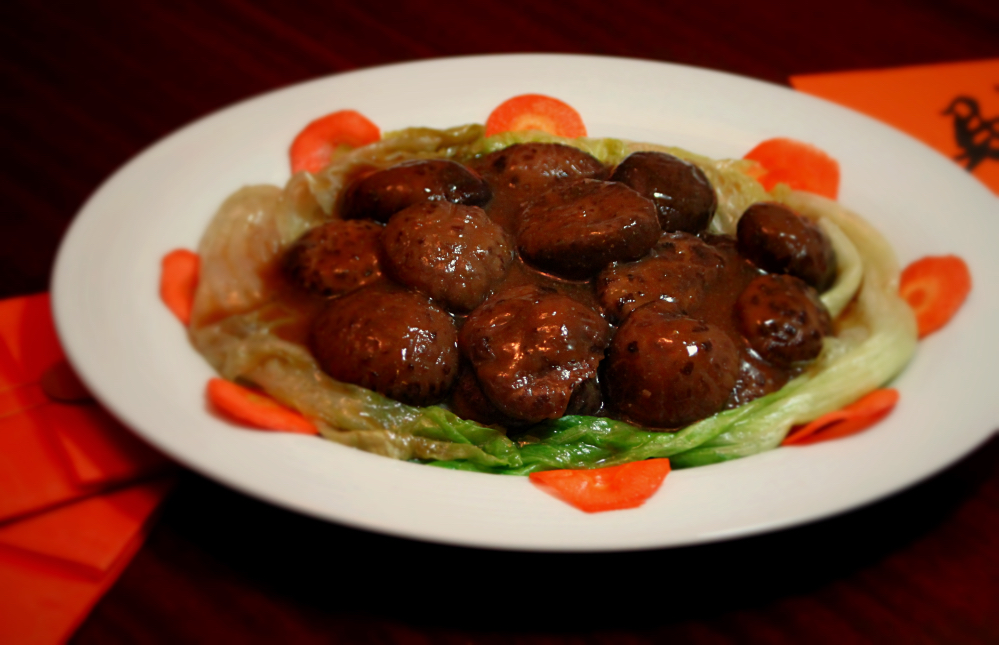 Foodie Tip! If you want a slightly more affordable option substitute the fish more for Sand Popped Fish Maw. It's easier to prepare and only 180-400  HKD per catty. 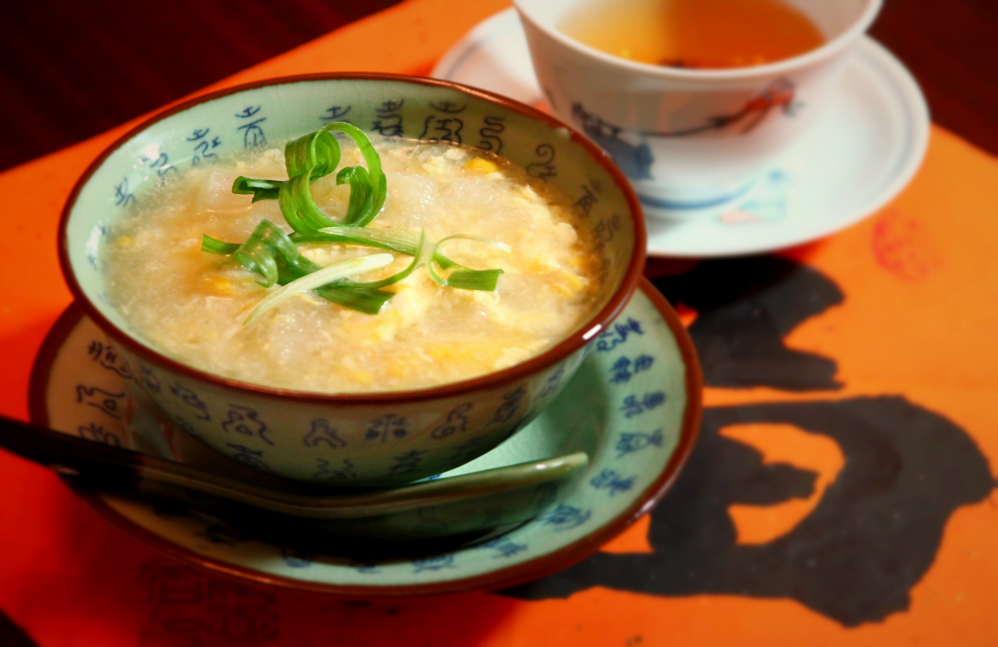 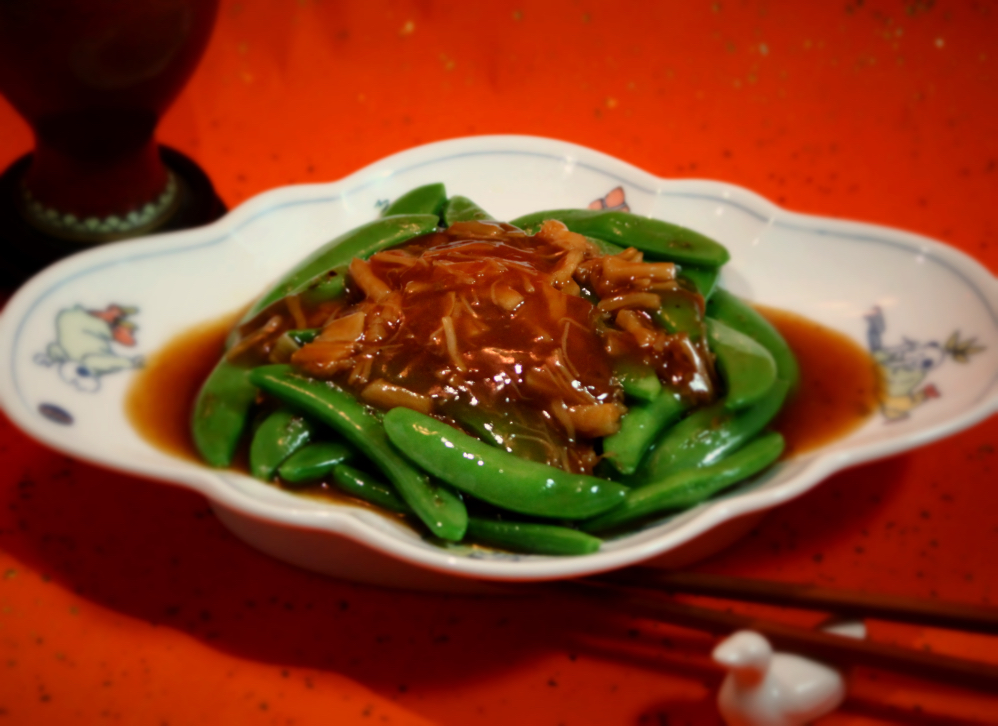 Established 1919, Tung Hing Tai Kee is one of the oldest and most reputable dried goods shops in all of Hong Kong. Selling specialty dried seafood, mushrooms, berries and during winter dried meats, the store is renowned for the quality of their products and reliable prices. The recipes featured were kindly offered by Mr Leung and his team.

Foodie | about 8 hours ago