Can a juice cleanse have benefits other than pure health?

To begin with, I have an immense dislike for my blender. But I constantly use it. This prompted my interest in a juicing/food-processing device of some kind, but I was having trouble trying to justify the purchase in my own mind. And, having just returned from a recent food-exploration trip and eating overload, I found myself sluggish and tired and my body out of whack and in need of a reset. My friends and colleagues have long extolled the increased energy, better sleep and host of other benefits achieved by juice cleansing, which all sounded like they’d be worth the tough three days of pure-veg drinking. A juice cleanse seemed the perfect justification to purchase a juicer and sort myself out in the meantime.

Yes, yes, I know I’m quite a few years behind the times on this craze. I even began my cleanse research with an article entitled, “Why no one does juice cleanses anymore”, and I’m truly the last person who should/would do a juice cleanse. I like to eat and enjoy the sensation of chewing far too much to restrict my intake to the liquid form alone. I like juice too, don’t get me wrong, but generally as an accompaniment for something to masticate.

But, by the time I had looked into doing a cleanse, including all the reasons on why not to do it, I already had my mind set on trying it (a touch of professional curiosity, perhaps).

So I purchased a NutriBullet (chosen for its small kitchen footprint and insane juicing speed), bought a boatload of fresh fruit and veg from my local wet market and began liquidising.

The first issue began with the puffed-up food processor itself, which proceeded to spray carrot and beetroot Pollock-like all over my kitchen on the first attempt. Not an ideal start, but perhaps I went over the max-fill line? The second attempt saw spinach and apple decorate my tiles and T-shirt; did I not tighten the lid enough? But by the next round of pineapple and mint, which I tasted from the splattering upon my cheek (quite delicious), I was confident that the Bullet was to blame. A quick Googling showed this to be a common problem and that a new base unit was needed. So back to the blender it was. Despite the mess, the juicer was still a million times easier and faster than the blender, and by the end of making the recipes, I was already over the juices before I had even tried them.

But I’m nothing if not committed. With my thermal bag packed with my diet of liquid dread, I felt excited and optimistic about the health-filled boost that would follow. I chose three days of cleansing. I’m not a sadist and didn’t wish to make those around me miserable with my hanger. Plus, it would be hard to take any lengthier an eating holiday and still keep my job... 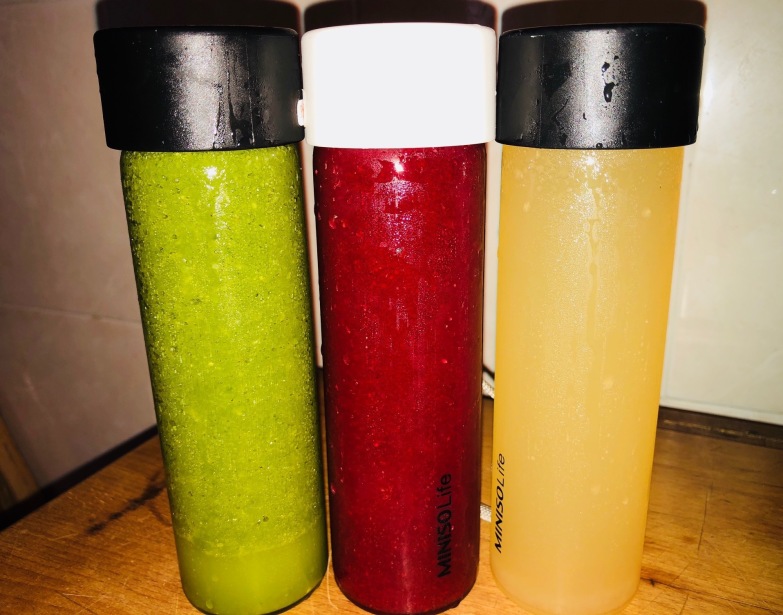 At least they look pretty...

Monday morning, armed with water bottles commandeered from my children that were filled to the brim with vibrantly hued liquids, I can’t say the excitement from the night before had held or that I felt particularly joyful about the day ahead. But I did feel determined, and that can be a sort of joy in itself. By 1pm, I was three juices in and feeling pretty pious, especially when a last-minute pizza-ordering session was enthusiastically agreed upon by my team (whom I now consider juice saboteurs, bent on destroying my willpower). This only strengthened my resolve. The juices I had made were also quite chunky, so they had a decent texture (like a thick Slurpee) that helped with the meal-like appeal.

I’m not going to put you through a full diary of my emotions throughout this self-inflicted ordeal except to express that whatever health benefits I have seen, they were nothing compared to my gratitude and reaffirmed love for chewable cuisine. There was nothing wrong with my food-passion levels before, but the ardent vigour I now feel for an enormous mouthful of ramen noodles, or the sensation when my teeth tear into the flesh of a sweet, sandy pear, or the unbelievable aroma that caresses my senses when a fresh loaf of bread is torn open and its soft insides journey around my taste buds – well, let’s call it Fifty Shades of Grain.

I have the juice cleanse to thank for a furtherance in my already healthy love of food. And the urge to jump out of bed with morning energy pulsing through my veins? It was definitely the juice cleanse that did that too, but I’m not entirely sure it was the health-cleanse part that actually worked; it seems more likely that it was the future poached eggs with over-buttered toast propelling me from my pillow. 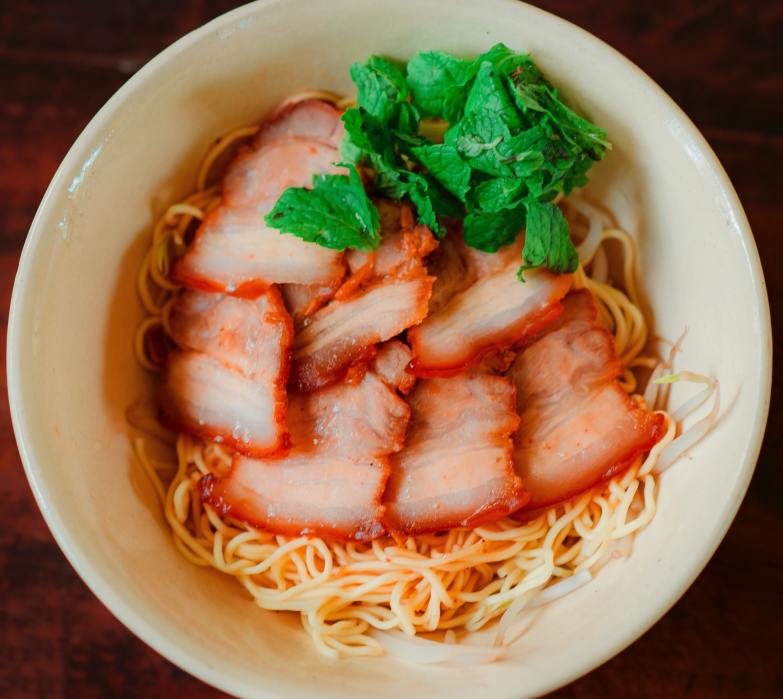