Entering the Burger & Lobster restaurant in the heart of DIFC in Dubai, you will be greeted with live lobsters in tanks on the wall, which are shipped all the way from Canada. You are welcomed with a very simple menu, which the servers are knowledgeable about. 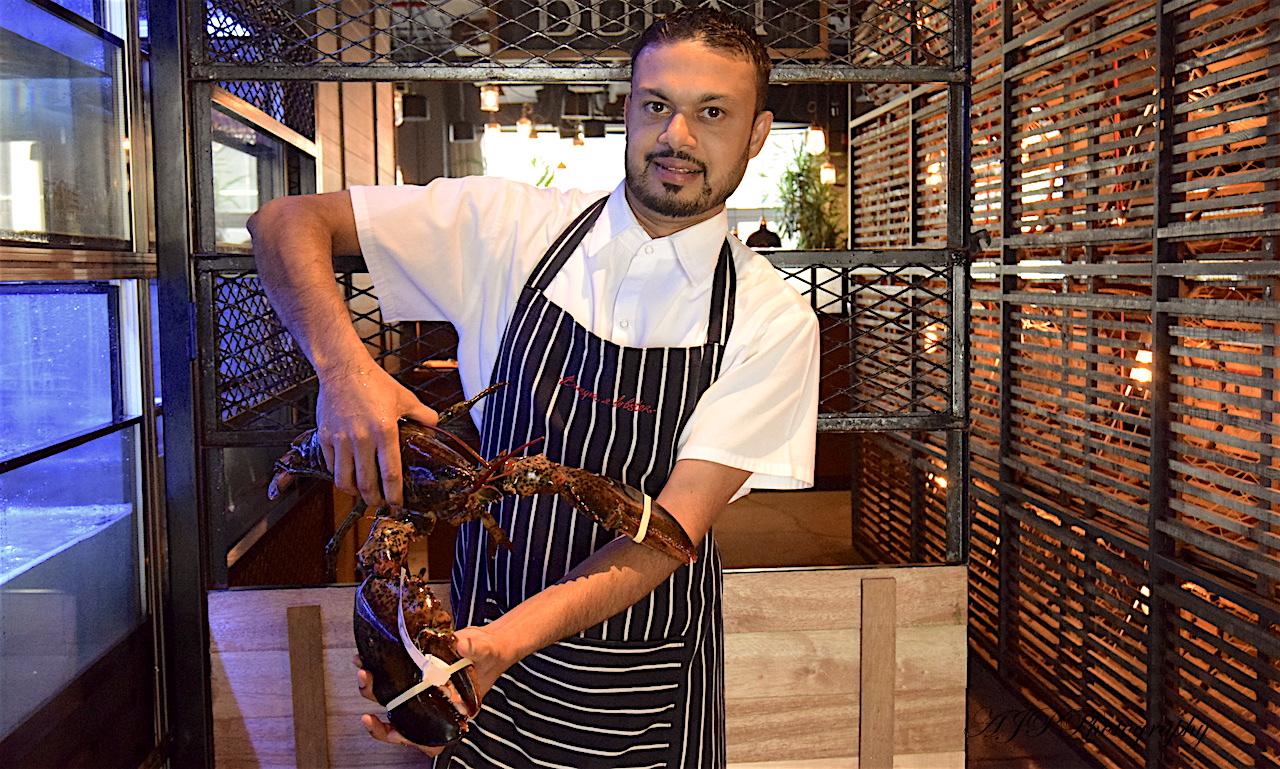 While the order was under way, I got to chatting with the restaurant manager, William, who has been with the restaurant for four years. Interestingly enough, it was conceptualised between two Russian friends while having a night cap, one wanted to introduce gourmet burgers, and the other wanted to specialize in lobster, but the main purpose was, serving quality produce to its customers. Which is exactly what Burger & Lobster promotes.

Brett, another restaurant manager at Burger & Lobster, believes that it is the simplicity yet memorable experience that gets people coming back and has set the mark for its success. As I mentioned, the menu is simple, you can order:

1. A Burger (cooked to your choice of doneness)

2. A Lobster (can be purchased by weight) 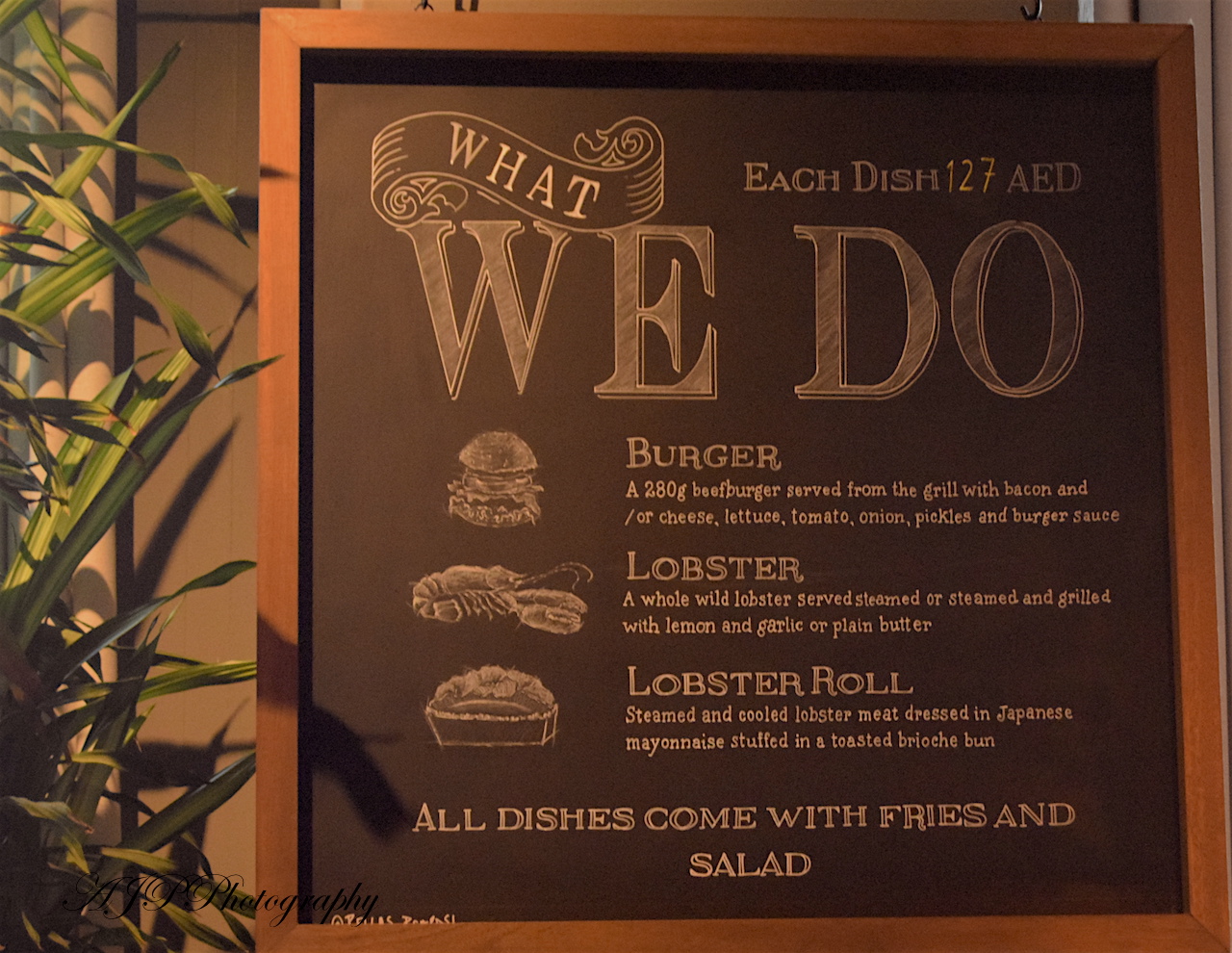 All of which are served with their standard home-made salad and fries. The decor is rustic and relaxed but with a high-energy from the servers, which balances the ambiance nicely. Having ordered for a burger and a lobster roll for myself, I can report that the portion sizes are not shy. 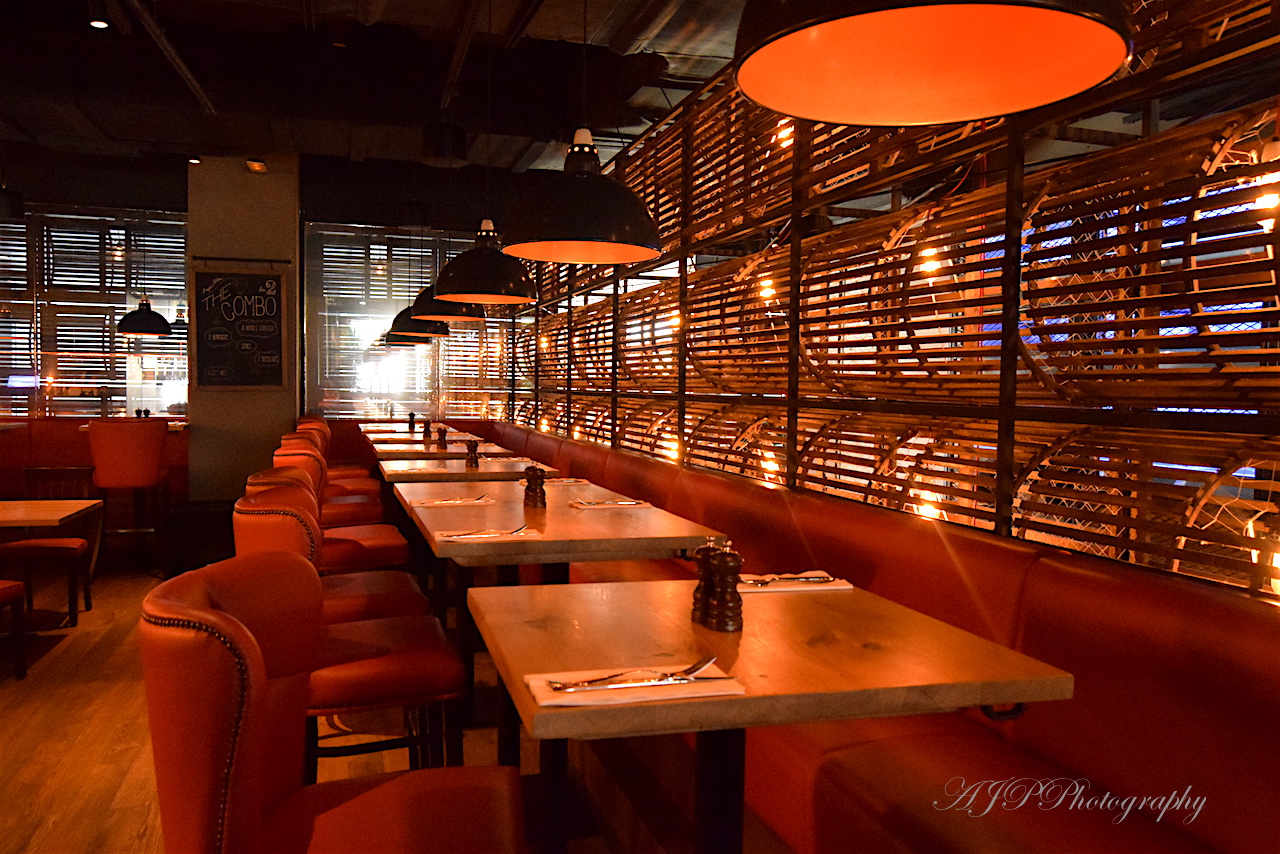 The Head Chef, Chef Ajesh assisted in opening the franchise in February and ever since has been travelling across the globe with Burger & Lobster. Prior to this he has been in note worthy establishments like McGettigans, Raffles Hotel and Fairmont, to name a few. He looks for consistency and standardization with quality ingredients where ever he goes. 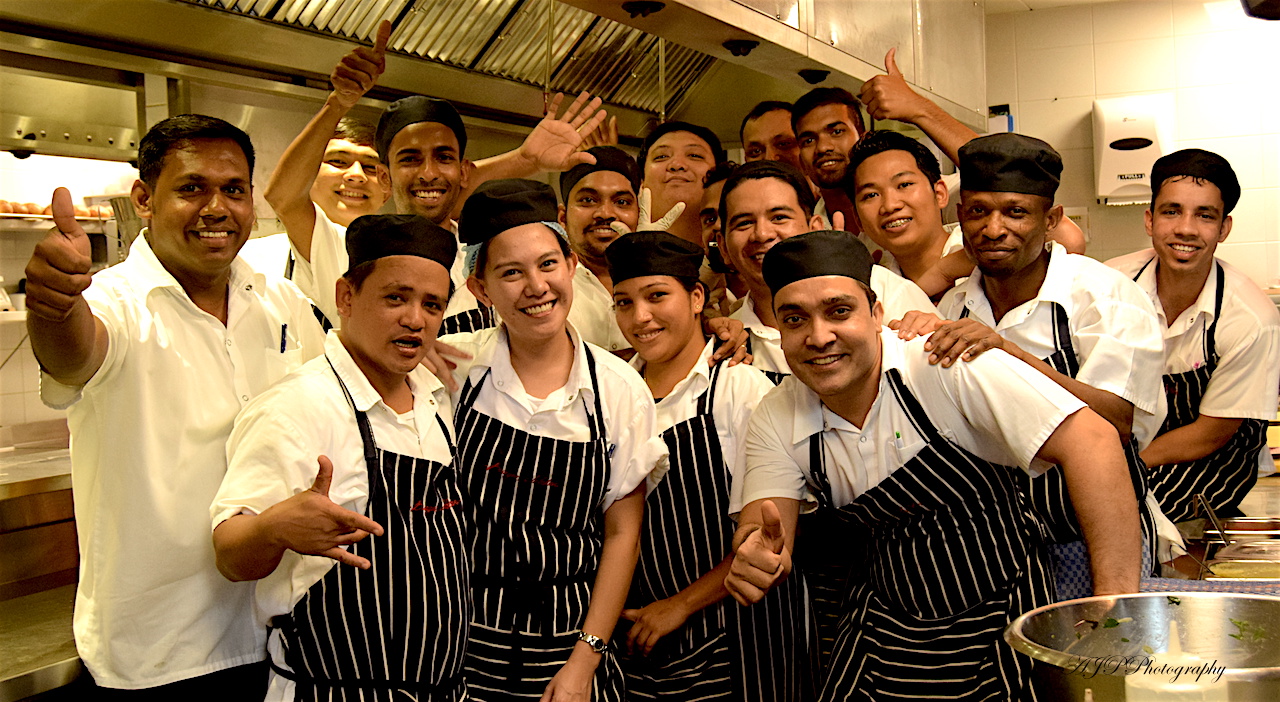 The burger was cooked beautifully to a medium doneness (as asked for), the meat is a secret blend of prime cuts from Australia. The slathered sauce on the in-house brioche bun is made up of 13 ingredients. The pickles used are also specific Holland pickles. The idea here was to make the quality of each ingredient speak for itself. Chef Ajesh says, "Everything in the burger is home-made, except for the lettuce." This was washed down perfectly with their Dxb Iced Tea, which was refreshingly zesty. 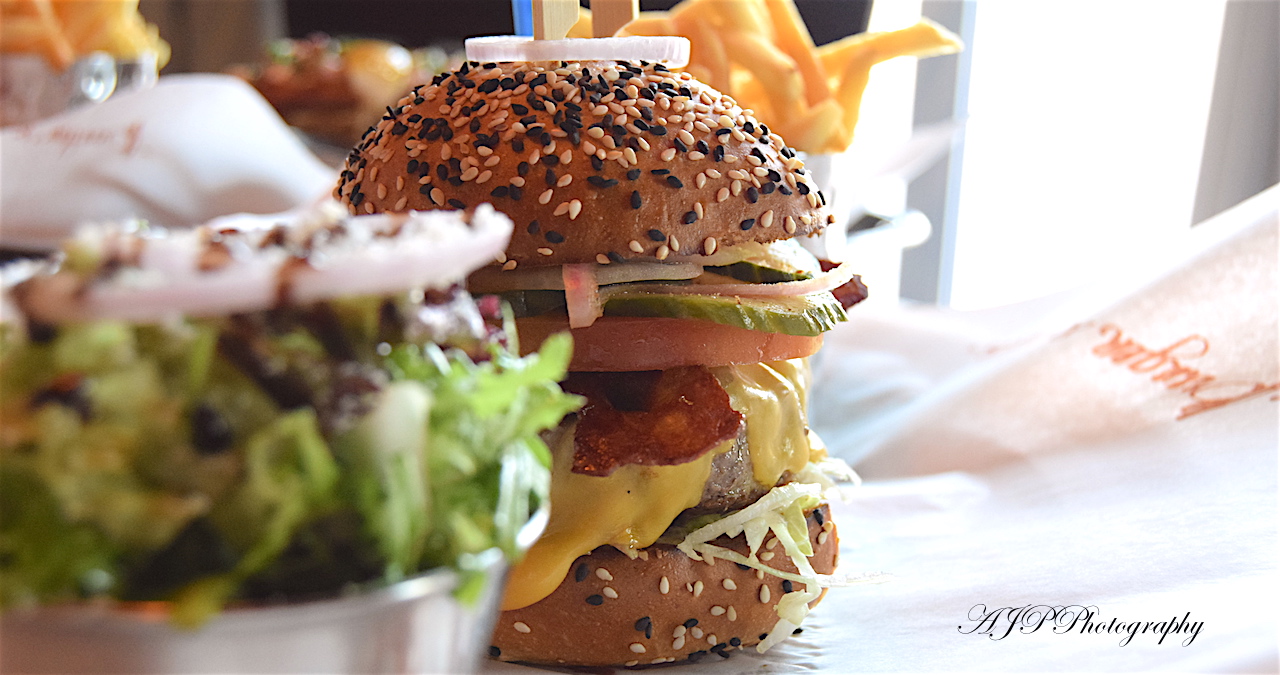 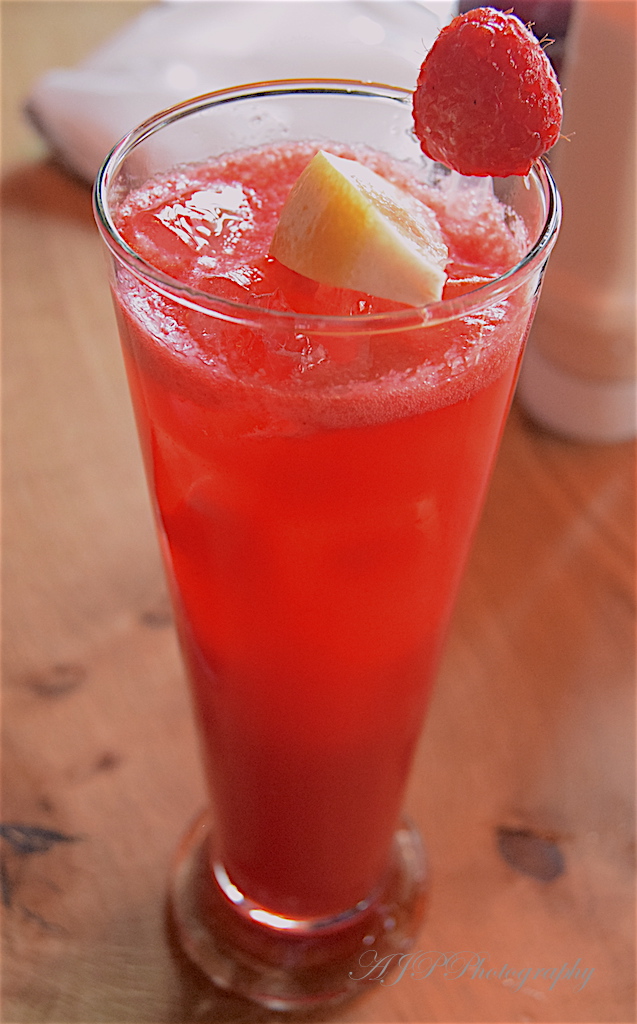 The lobster roll was not far from extraordinary. Starting with the beautifully in house prepared golden brioche bread roll down to the chunky lobster filling, which was delicately seasoned and topped with fresh chive. However the pièce de résistance was the velvety smooth, lemon butter garlic sauce. This sauce was like the maestro to the orchestra. The side salad exudes robust flavours and pairs well with their Crab Hermit Passion mocktail, which was zingy and perfect for the summer heat. 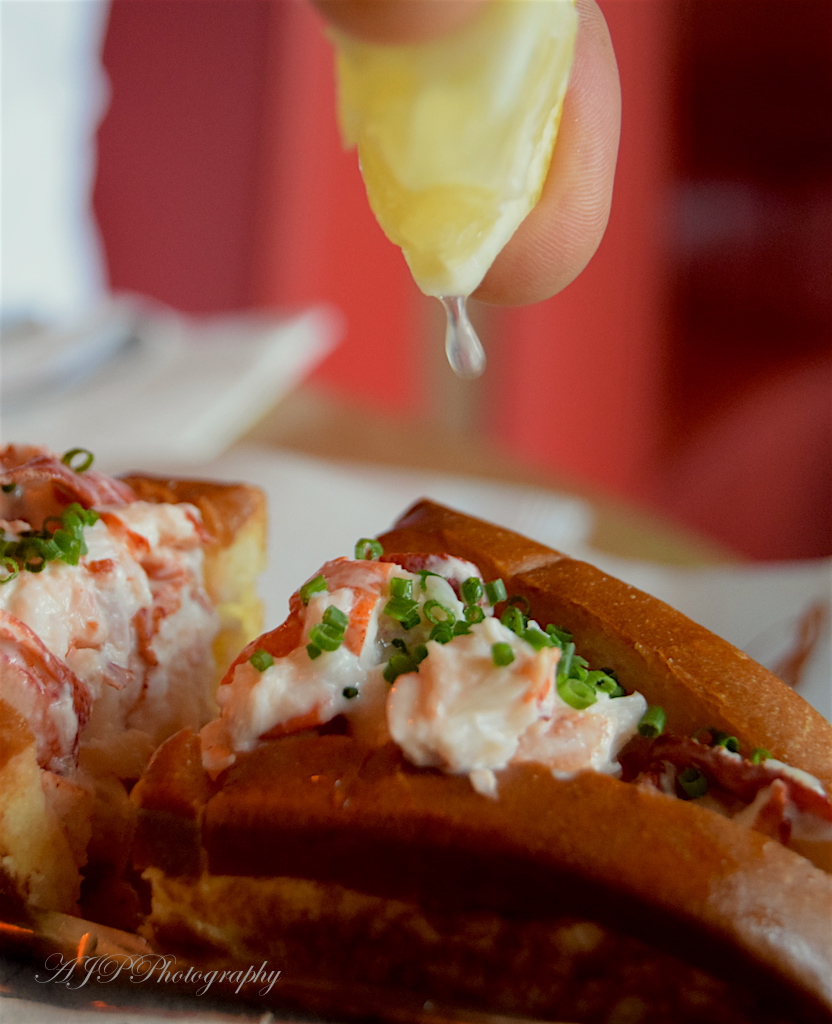 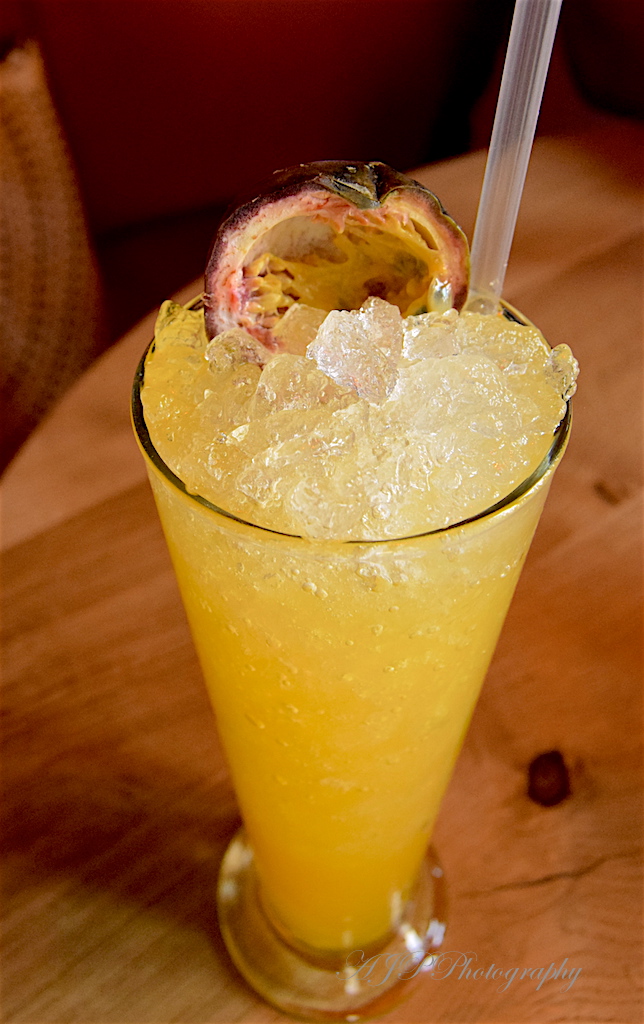 The desserts definitely made the apron necessary as well. The Tres Leches Cake was moist and light, dripping with the condensed milk sauce. However the deconstructed Lemon Cheese cake was the highlight for my particular sweet tooth. 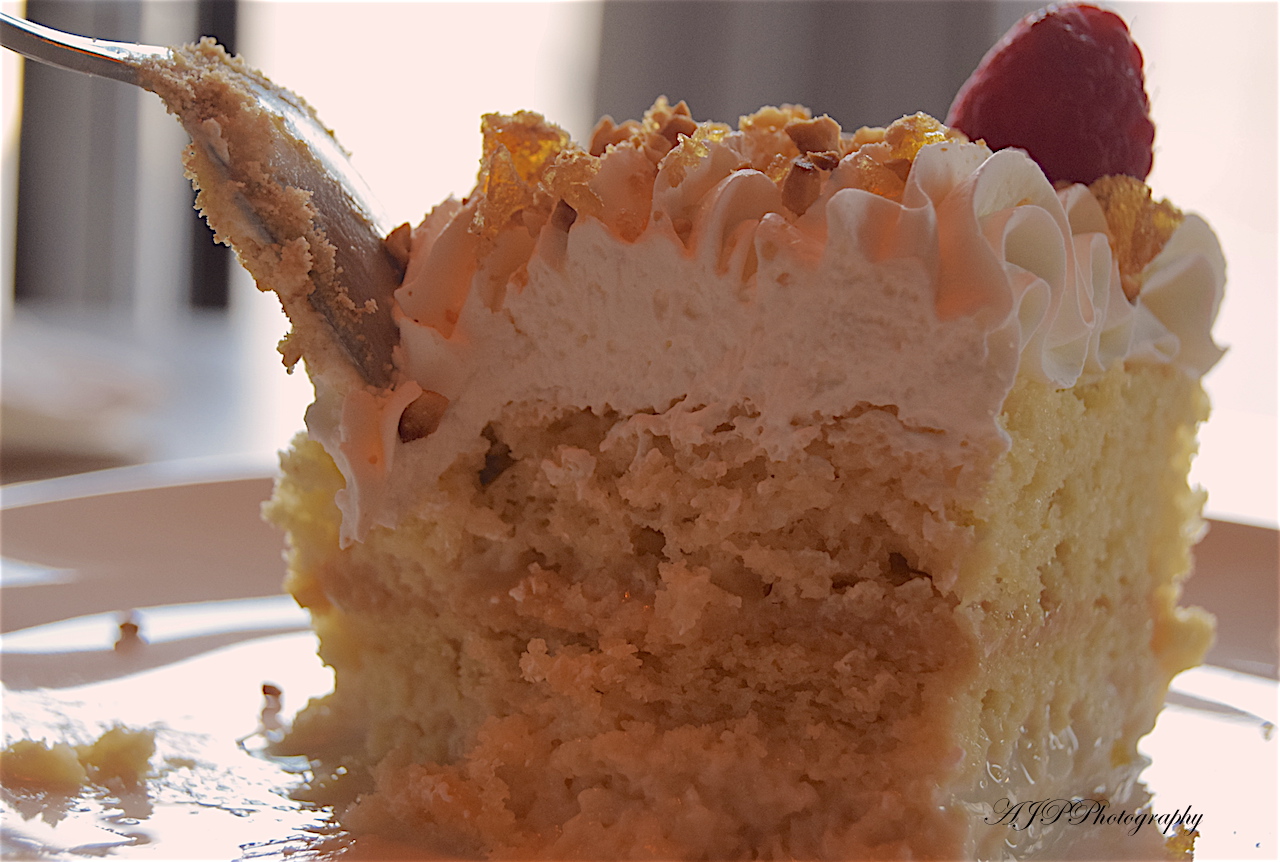 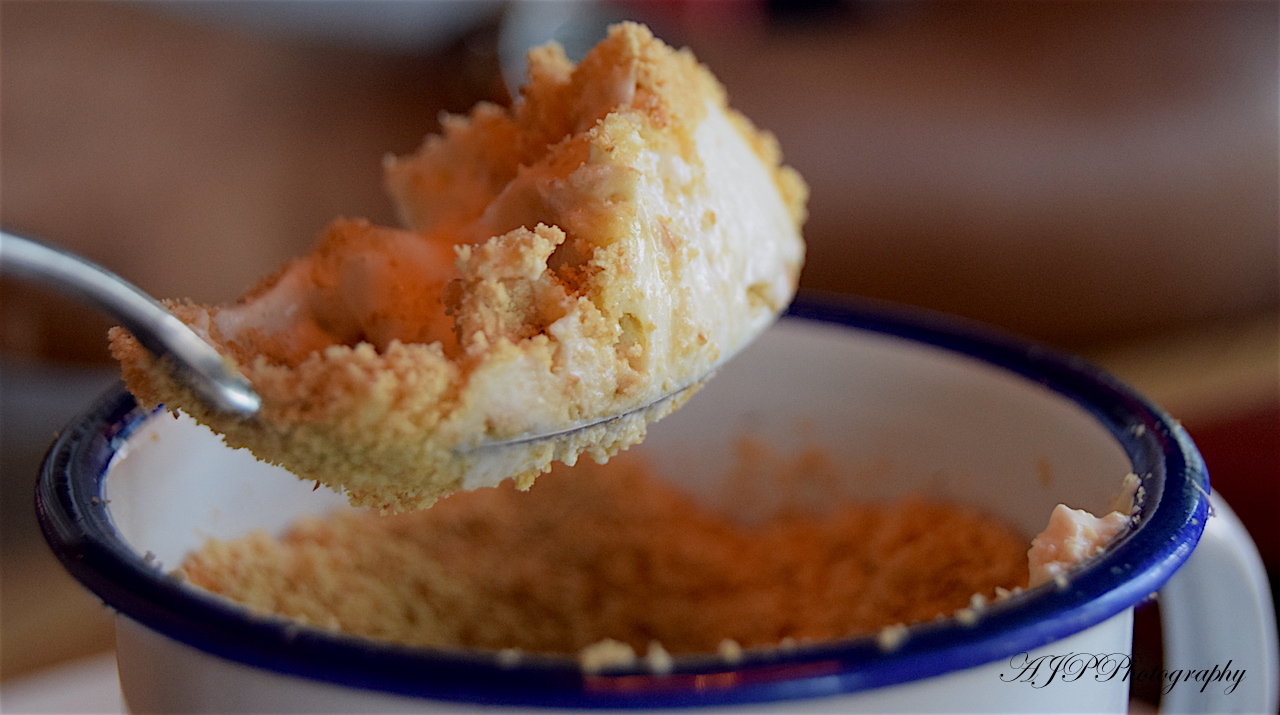 When I asked William what drives the employees to keep up their energy on a daily basis, he said, "They are reminded everyday to just have fun." With other franchises opening in Saudi and Abu Dhabi, the future of Burger & Lobster is looking bright and shiny.