I've always had a soft spot for ice cream sandwiches. My earliest memory of eating ice cream sandwiches was as a kid. My mum would fetch me from school, and on our walk home we would pass a grocery store and I would ask for a 'Max Ice cream Sandwich' and she would buy it for me with disapproving eyes (of course) for 5 rupees at the time. As a child I used to relish that little bar of ice cream and cake until we got home. 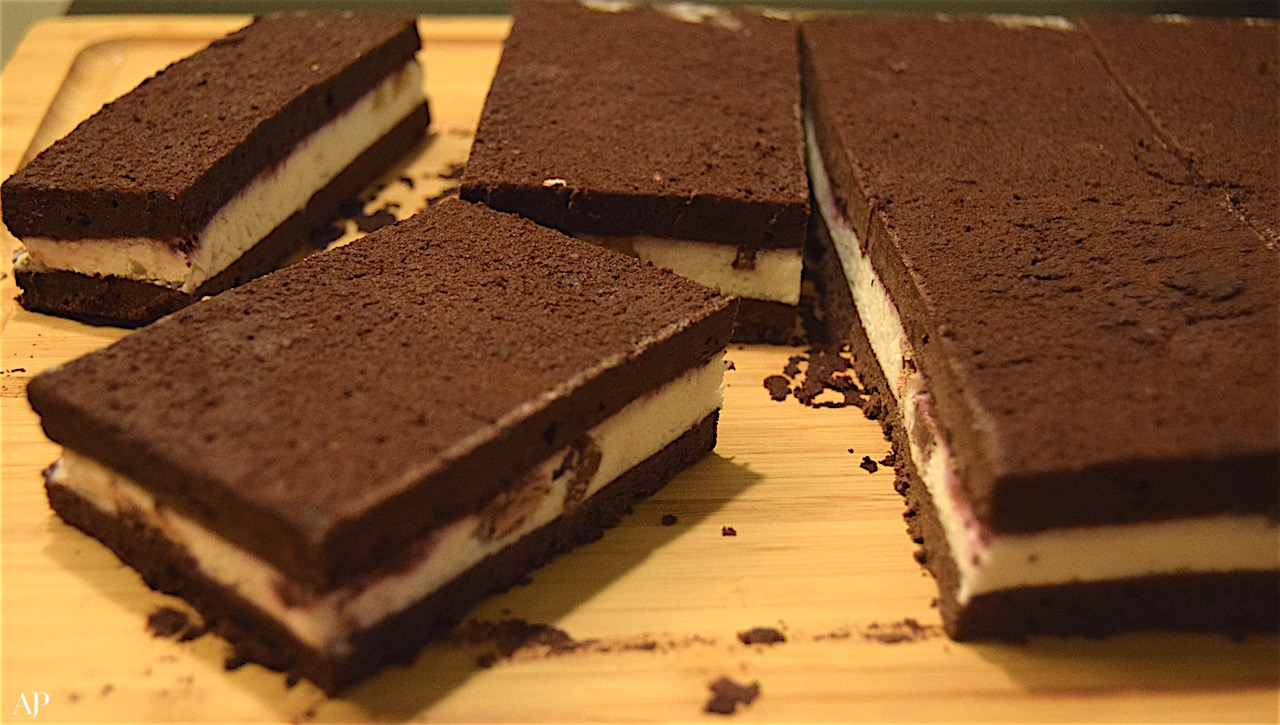 Today I know how to make both cake and ice cream and have combined the two to make a Black Forest–flavoured ice cream sandwich. Traditionally, Black Forest consists of a cherry-flavoured brandy called kirsch, however, I have intentionally left it out here to make the recipe kid friendly. I used a mixed berry jam and fresh cherries, but you could use a chunky cherry jam. I also chopped up some walnuts and bits of chocolate for a textural element, but you could leave them out.

When deciding on the ice cream to use, I used an organic French vanilla ice cream – the better-quality ice cream you use, the better the final product. I froze my sandwiches for over 24 hours because my freezer works in slow motion! But you probably have to freeze your sandwiches for around six hours before cutting and consuming. This makes these little numbers the perfect make-ahead dessert. Once cut into bars, be sure to wrap them in buttered paper and foil. Tie them up with some cute string and they can become dessert on the go (in case you want to chase your guests out quickly!). 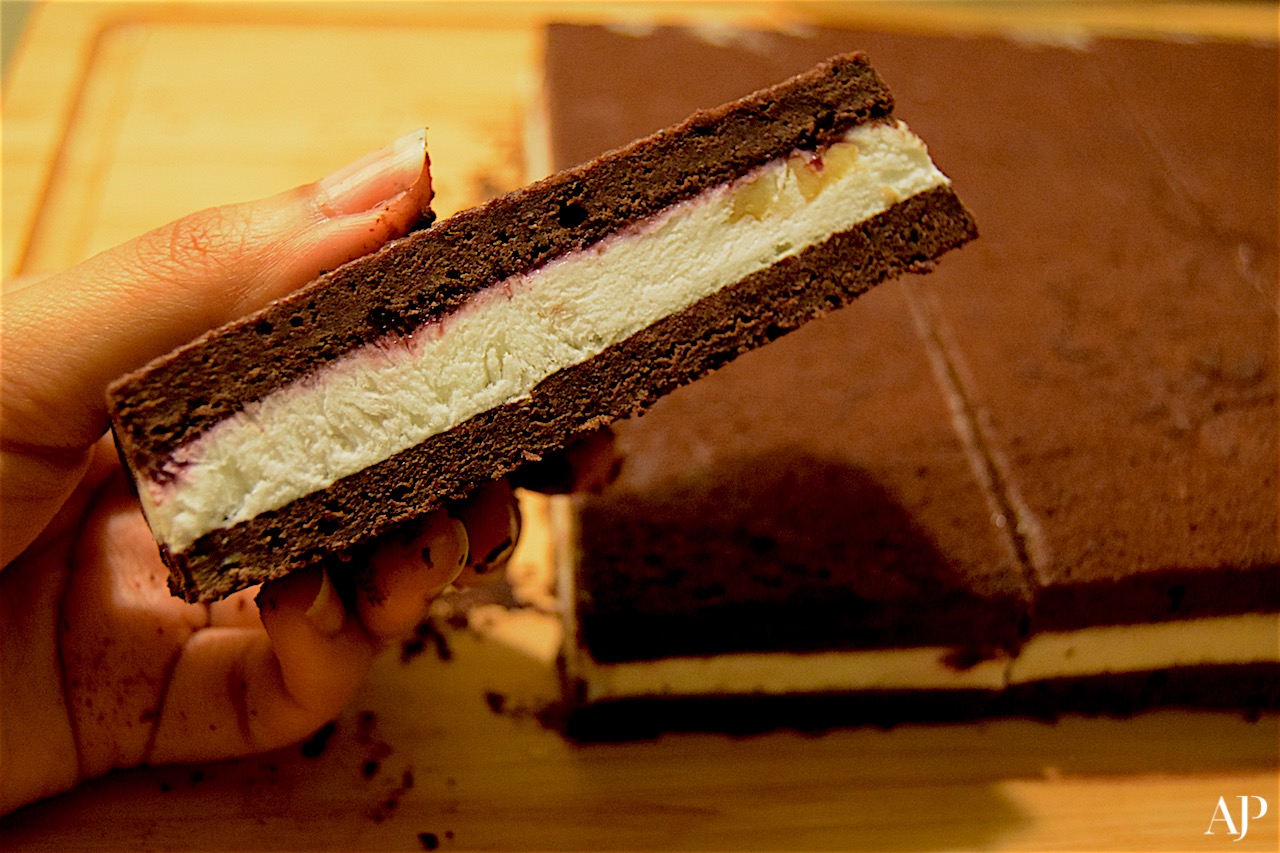 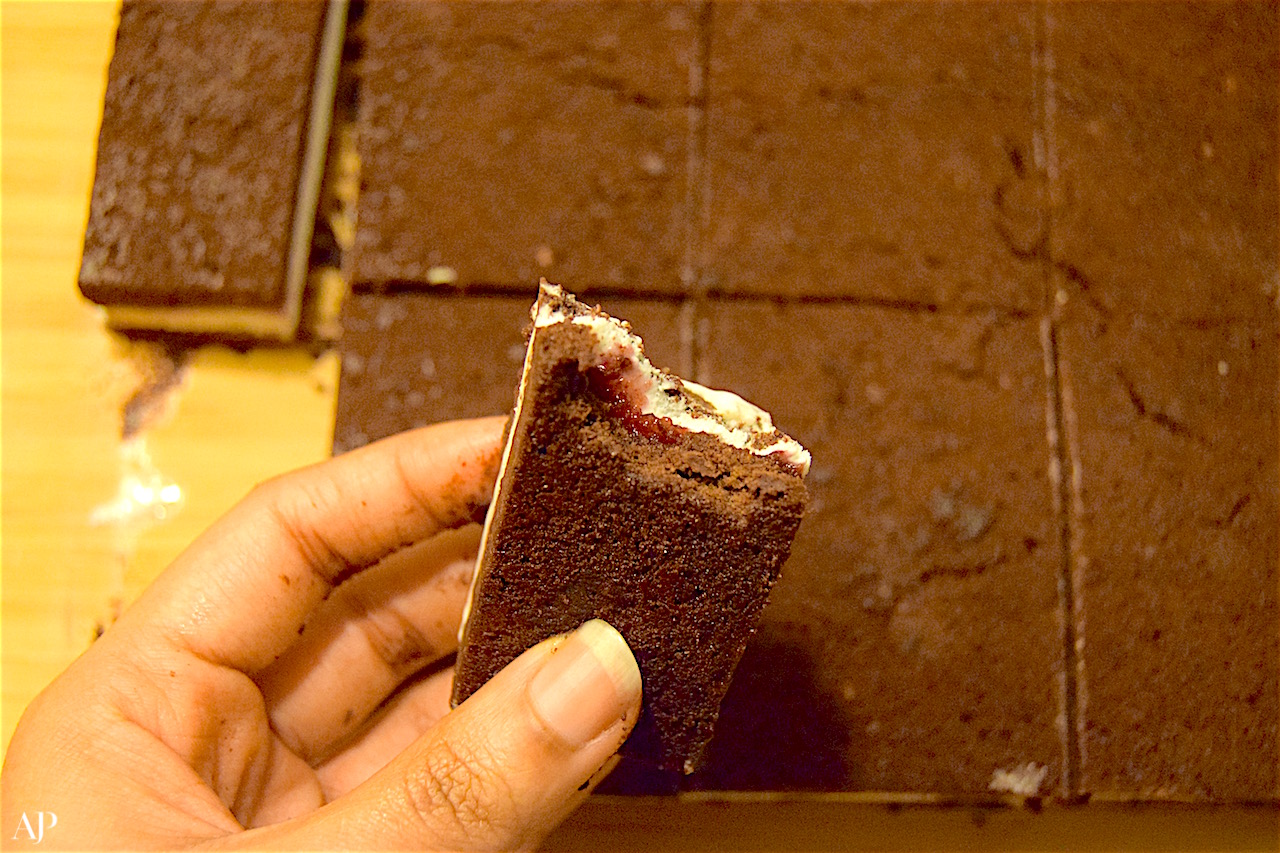