After a hard day’s work at the office (or wandering SoHo), there’s nothing better than kicking back with a cocktail. A visit to The Old Man fulfils all our cocktail fantasies. The Ernest Hemingway–influenced bar, named after the author’s Pulitzer Prize–winning novel The Old Man and the Sea, is marooned in an alleyway off Aberdeen Street, just one block up from PMQ.

The interior of The Old Man is warm and inviting, resembling a stylish living room rather than a cocktail bar. The first things I noticed were the modern, I-shaped communal table, with a gold cooling strip lining the middle to keep drinks chilled, and the eccentric portrait of Hemingway – a modern tile splashback that adds an impressive yet personal touch. The contemporary mix of batik wallpaper, vintage crystal bottles and old books all add in creating a welcoming atmosphere. 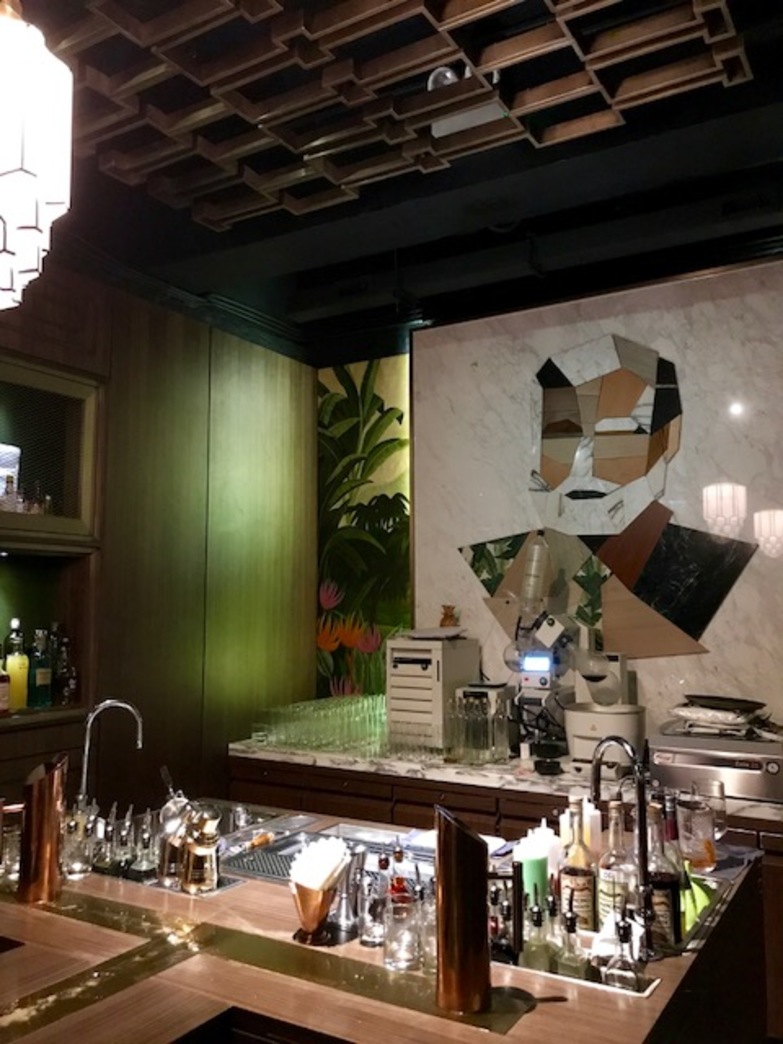 The joint venture is helmed by three veterans who are well versed with the F&B industry: Roman Ghale, formerly senior operations manager at Upper House, Agung Prabowo, previously bar manager at the Shangri-La and Mandarin Oriental, and James Tamang, originally The Mira hotel’s bar manager. With such a strong group backing it, The Old Man goes beyond serving cocktails and exemplifies a successful trifecta in experience, hospitality and creativity.

The nine cocktails are very well priced at $90 each. Considering the bar’s location and calibre of the drinks on offer, you’d normally expect to pay double this price – or at least similar to what you’d shell out at a hotel bar or lounge. The infusions of herbs and spices used for each cocktail are complex and differ dramatically from one drink to the next. The innovative and experimental menu reinvents classic cocktails with an inventive twist. Each drink is genuinely delicious and addictive.

Best of The Old Man

Green Hills of Africa – 1935 was suggested as our first drink. The fruity concoction, a modern twist on the gimlet, is crafted using pisco infused with rosemary, made in-house. Chopped turmeric and cardamom are mixed with tamarind juice to make a cordial, with hints of lime and lemon. A velvety foam is created when the infused pisco and cordial are shaken together. The sharp, tangy taste of citrus is harmonious on the palate, with a comforting, warm aftertaste of cardamom and turmeric. This cocktail is refreshing and well balanced. 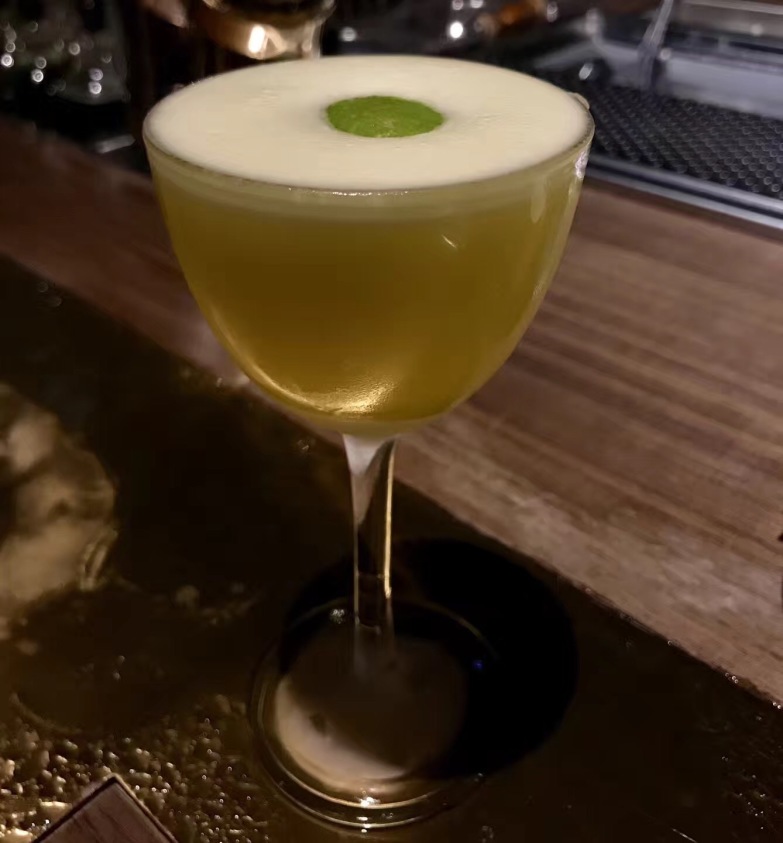 We also ordered Farewell to Arms – 1929, an experimental twist on the gin martini. This cocktail is very complex, with its flavour based on the process of infusing gin and vermouth: the gin is fat-washed with unsalted butter and the nori is slow-cooked with dry vermouth. The martini is served with an onion pearl and the edge of the glass is dusted with nori. The creamy flavour from the fat-washed gin was the first to hit my taste buds, followed by the umami aftertaste from the vermouth. This is a sophisticated and edgy cocktail that would be a great choice for those looking for something a bit more potent. 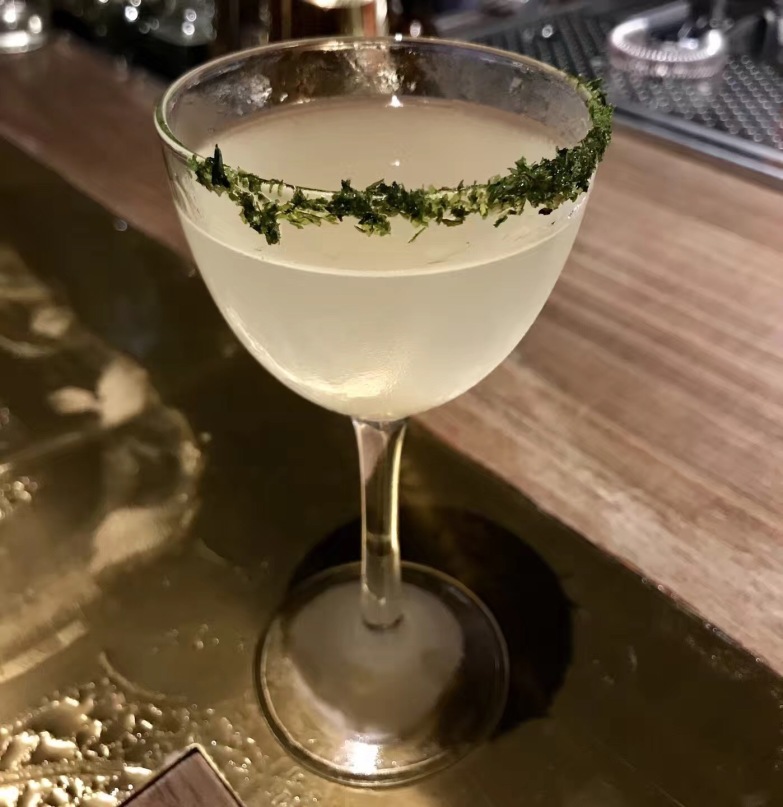 With two well-executed drinks down, we decided to try one last cocktail from the Best of The Old Man, Snows of Kilimanjaro – 1936. This drink is unique and one of the most popular on the menu. The gin is infused with marshmallow, with a lacto-fermented raspberry base. The raspberry is fermented with whey protein over 3–5 days to create the right flavours for this drink, which is shaken with citrus. When the cocktail is being poured, a cloudy, light foam appears on top, and it’s then decked with freshly grated Gruyère cheese. The raspberry is subtle on the palate, followed by the sweetness of the marshmallow infusion and then the final salty and milky flavours. This dainty drink is well balanced – it almost seems like liquid cheesecake without being too rich. 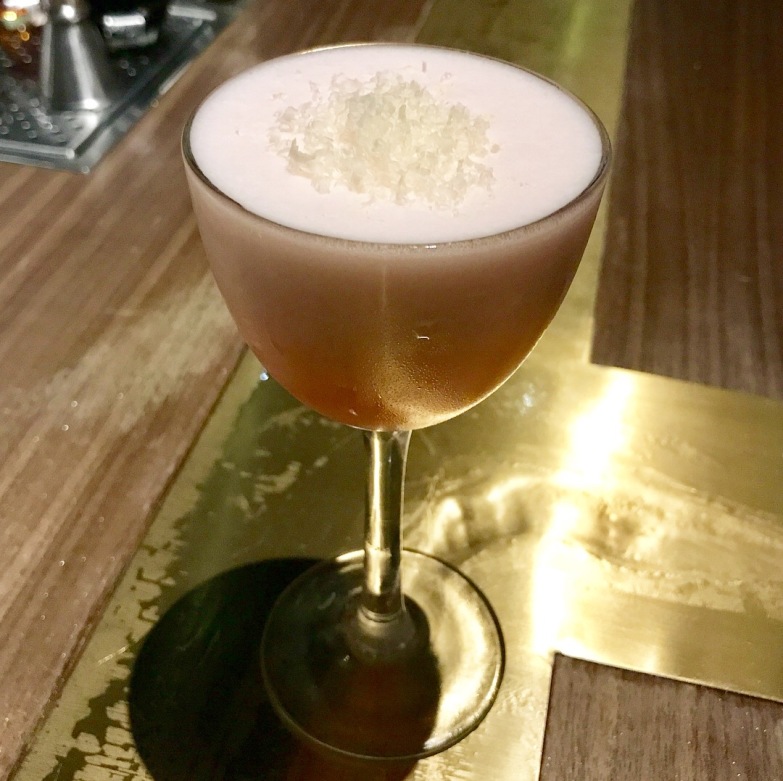 AKA The Old Man

The last drink we decided to try was Papa Doble – Clear, which we would consider one of The Old Man’s specialities. The Papa Doble is a take on Hemingway’s favourite daiquiri from Havana. This is a must-try. It’s a complex drink with different notes and flavours that come in waves. Double measures of rum are used, along with slow-cooked pineapple. Grapefruit juice is also spun with the slow-cooked rum, followed by an infusion of jalapeño. What makes this drink so different is that it is totally clear in appearance and the infusion of jalapeño doesn’t make it overly spicy. The grapefruit is refreshing in taste and aroma, overpowering the dryness of the rum, with the kick of jalapeño as the end note. 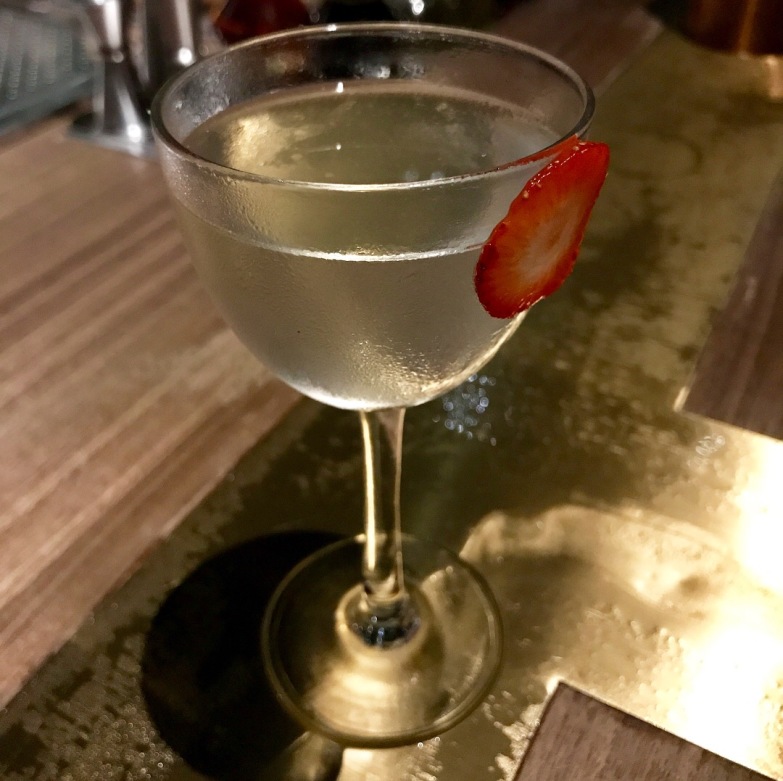 The Old Man exemplifies hospitality and is faultless in creating deliciously complex cocktails. With such a strong foundation for a bar, we are optimistic that The Old Man will prove a long-term favourite in SoHo under James, Agung and Roman – three passionate, driven and highly experienced co-owners who are serious about creating a well-shaken cocktail. The beautiful bar is unpretentious, welcoming all guests with warm service the minute you walk through the door. While Hemingway has influenced many bars globally, it’s a first for Hong Kong.

Ashley Tang | about 3 years ago