Where traditional Spanish game is reimagined in a whimsical, contemporary way by Chef Jesus Pascual

Hunting may not be the most popular pastime among city slickers, but in the backwoods of European countries such as Spain, the traditional activity remains a recreational sport or done for food. Wild boar, deer and pheasant appear seasonally within countryside kitchens, but finding such dishes served in restaurants is a rarity, especially in Hong Kong’s dining scene.

However, if you’re feeling adventurous, Olé is the place to check out for its hunting-themed winter dishes. The special dishes are prepared by Chef Jesus Pascual, who has helmed the kitchen for the past seven years.

Olé was the first Spanish restaurant in Hong Kong and continues to be the leading spot in terms of serving the most authentic dishes. Its location has remained on Ice House Street for over 19 years, indicated by the interior design that has barely changed over time. While the decor looks a little outdated, the design gives a cosy, rustic charm that takes you out of bustling Central and transports you to the streets of Madrid or Barcelona.

We began the night with a chilled glass of perfectly mixed red sangria ($75/glass) that wasn’t too sweet and had a warm, smooth aftertaste of brandy. Starters followed with an assortment of game cold cuts (tapas at $150, starter at $290), showcasing about 5–6 types of meats. The cuts consisted of red deer, venison, wild boar and pheasant, which were air-seasoned with peppercorn, rosemary and thyme over a period of months to replace the gamy smell and taste with the aromatic flavour of robust herbs. 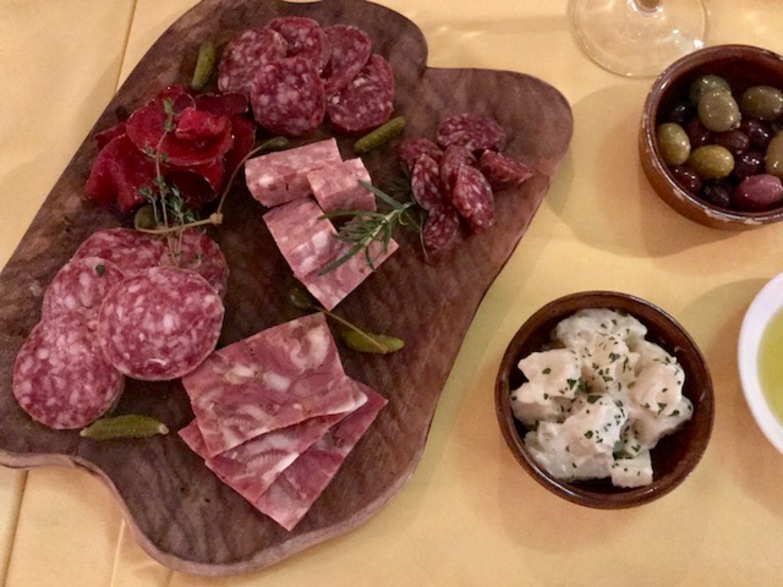 We moved on to the smaller dishes, which can be served as mains or larger starters to share. I recommend the quail and duck for those who have never tried wild game because their taste is the most mild. The cannellini bean and quail leg stew ($180) was a crowd-pleaser. This bean stew with piparras (pickled green chilli) is commonly  served during winter in Spain. The cannellini beans were soaked for a whole day, then braised with onion, carrot, garlic and herbs. Seared quail was added into the stew and the dish was topped with extra piparras, giving the dish a spicy kick. 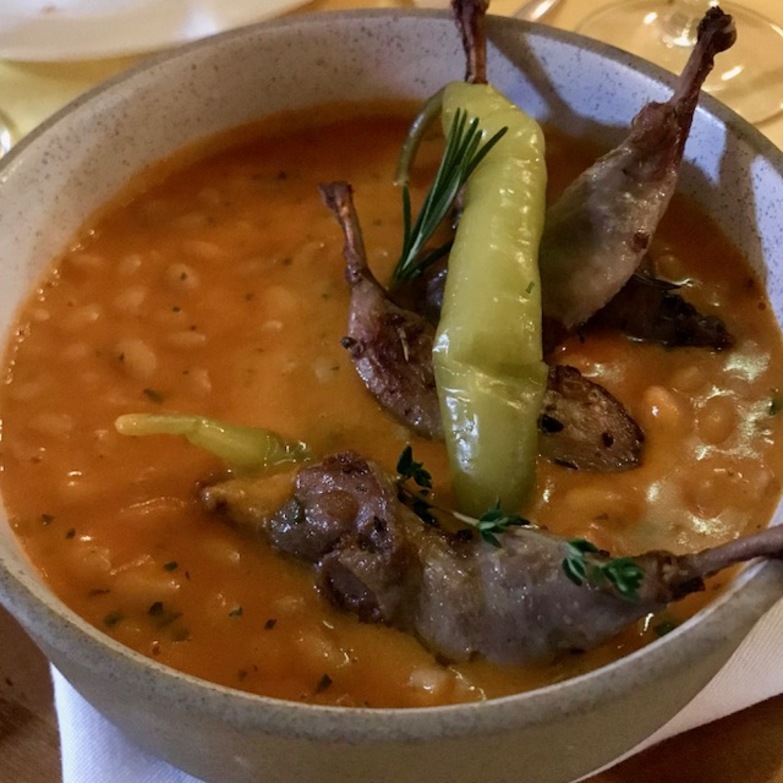 Next up was the wild duck breast with port wine reduction ($360). The portion was generous, and I was impressed with the tender texture of the duck. Served with fig and puréed sweet potato, these accompaniments created a fresh, sweet aftertaste to balance the saltiness of the meat and subtle acidity of the port wine sauce. 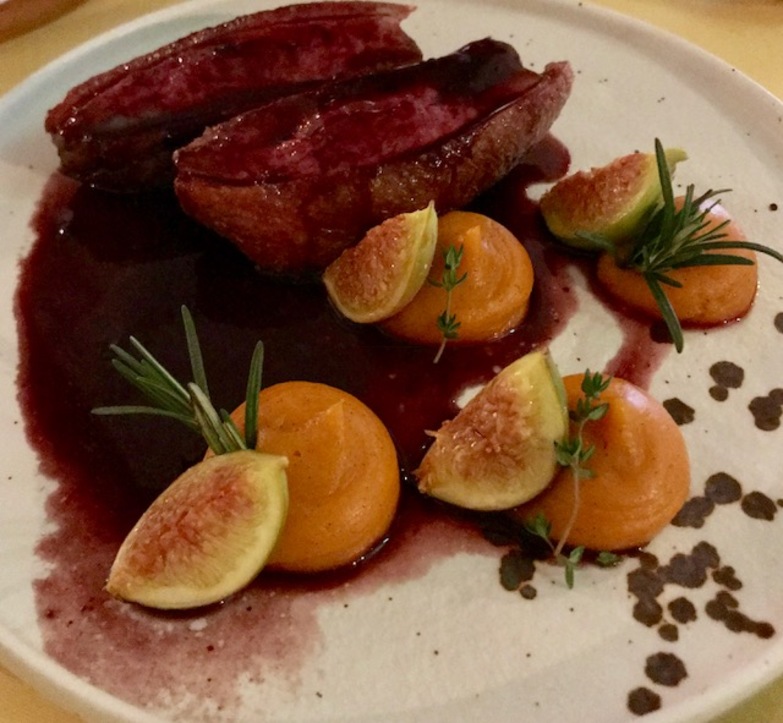 To finish off the mains, we were served pheasant with truffle and Oloroso sauce ($390) and wild boar ravioli with baby broad beans and wild mushroom ($260). These dishes were the most intricate in terms of flavour and preparation, with a contemporary presentation that incorporated earthy root vegetables and ingredients found in the forest.

The pheasant was prepared in-house and stuffed with prunes and pine nuts for fruity and nutty flavours. The breast and thigh were slow-cooked in an Oloroso wine imported from Spain, along with full-bodied herbs including garlic and thyme. The gamy taste of the pheasant was eliminated, and I could taste a hint of pork that was used in the Oloroso sauce to balance the aromatic pheasant. The meat was tender and flaky, especially closer to the bone, where the dark meat was the most tender. The truffle, paired with the potato, was a luxurious touch, and added a comforting aroma to the dish without overpowering the pheasant. 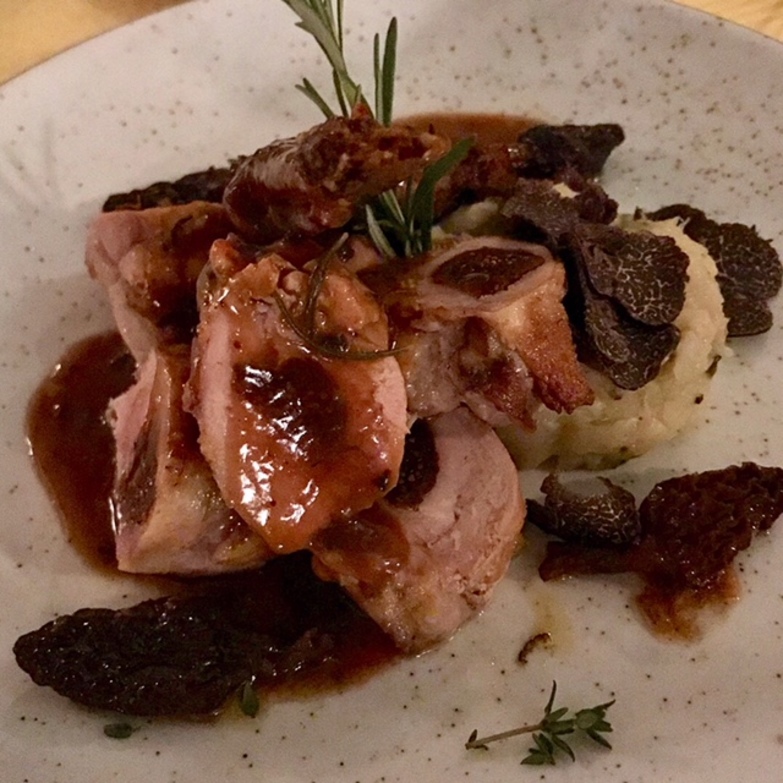 The best dish was saved for last: the wild boar ravioli. Slow-cooked with red wine, vegetables and fresh herbs, the boar was tender with intense flavour. After the first round of slow-cooking, the boar was seared, then slow-cooked again for another four hours with more fresh herbs and cocoa to create a shredded pulled-pork-like texture as the filling for the ravioli. The ravioli was topped with stir-fried habitas (Spanish baby broad beans), wild mushrooms and the slow-cooked meat sauce. The taste was sensational and the cocoa complemented the boar meat, cancelling out any gamy taste. The red wine enhanced the texture and taste of the ravioli filling and paired well with the mushrooms and fried beans. 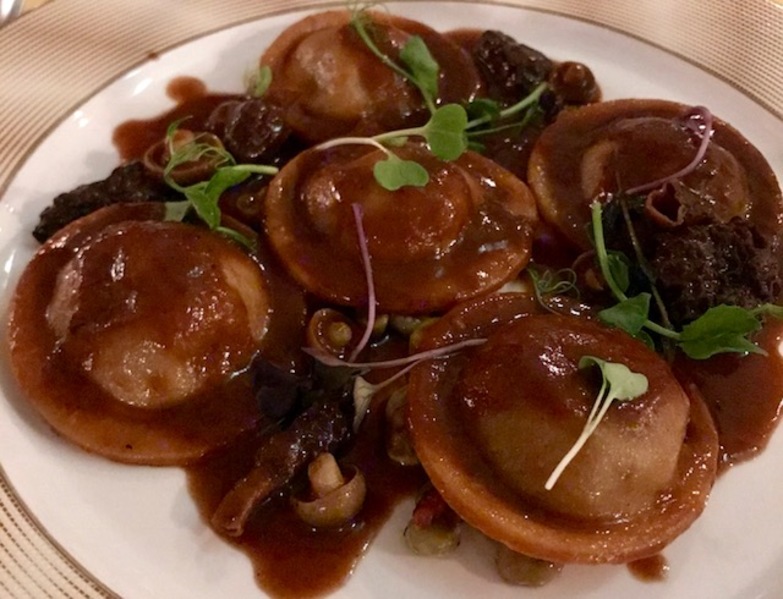 While game is often considered an acquired taste, the preparation of the ingredients is key and very much dependent on robust herbs and spices. The dishes served at Olé by Chef Pascual and his team are complex, demonstrating that long-term experience with handling game can create full-flavoured dishes while also reducing the sometimes overwhelming taste. Olé has mastered the preparation and traditional cooking techniques while presenting their dishes with an earthy, contemporary touch. Olé may not ring a bell with younger diners in Hong Kong and is seemingly overshadowed by newer, more modern tapas bars, but the restaurant remains the original place to head for a truly authentic Spanish dining experience.