How many of us can raise our hand and say, “Yes, I’ve been to an olive oil tasting”?

I entered Six Tablespoons, the intimate-looking eatery that used to lodge French restaurant Cocotte. From the wallpaper, to the dark, glossy stone tables and even the chairs, it seems Six Tablespoons has kept Cocotte’s decor and just rearranged the furniture.

My friend who previously wrote about Six Tablespoons for Foodie gave the decor a quick mention at the end of her review, saying, “...if it ain’t broke, don’t fix it,” and I guess that’s what the restaurant has put into practice. But it seems like a bit of a disconnect for a new eatery to execute their fresh approach to “fine European dining” without some changes to the interior. The amount of thought and effort that has gone into the food does not match up with the design.

For this event, the kitchen’s task was to replicate some healthy and simple dishes using Iliada Greek olive oils. This was another disparity for the restaurant – casual Mediterranean cuisine is quite different from European fine dining. 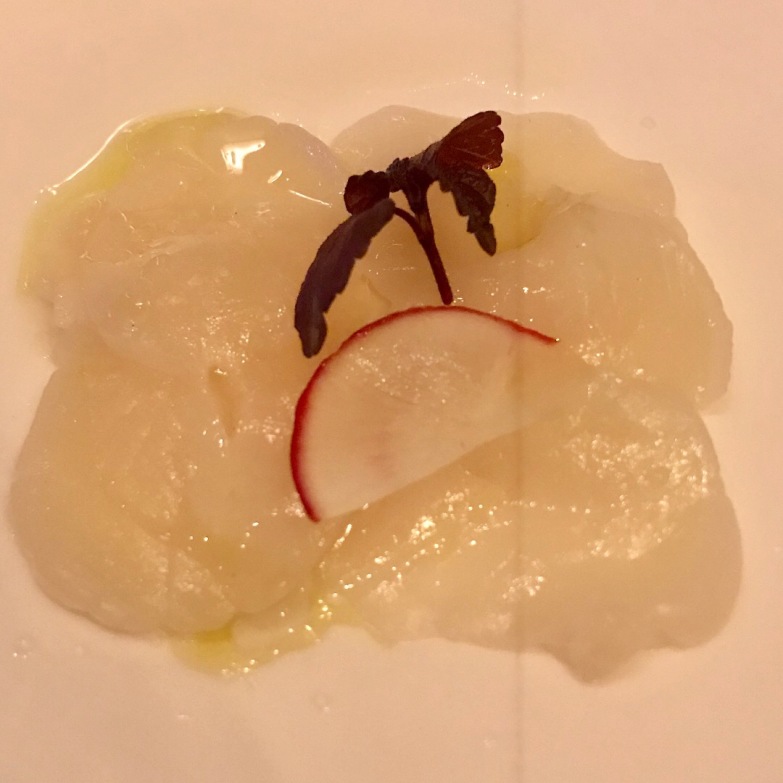 Take, for instance, the scallop carpaccio in rose olive oil: raw, thinly sliced scallop with a small piece of radish for garnish. It was a little disappointing in terms of the presentation, but at least the scallops were fresh. There was a mild taste of vinegar, but no rose. The dish was overpowered by the raw scallop itself, and I found myself eating plain raw scallop as my first course. The wine pairing of  Sauvignon Blanc also didn’t complement the scallop, and the unfortunate, too-acidic taste from the white wine amplified the vinegar’s acidity. 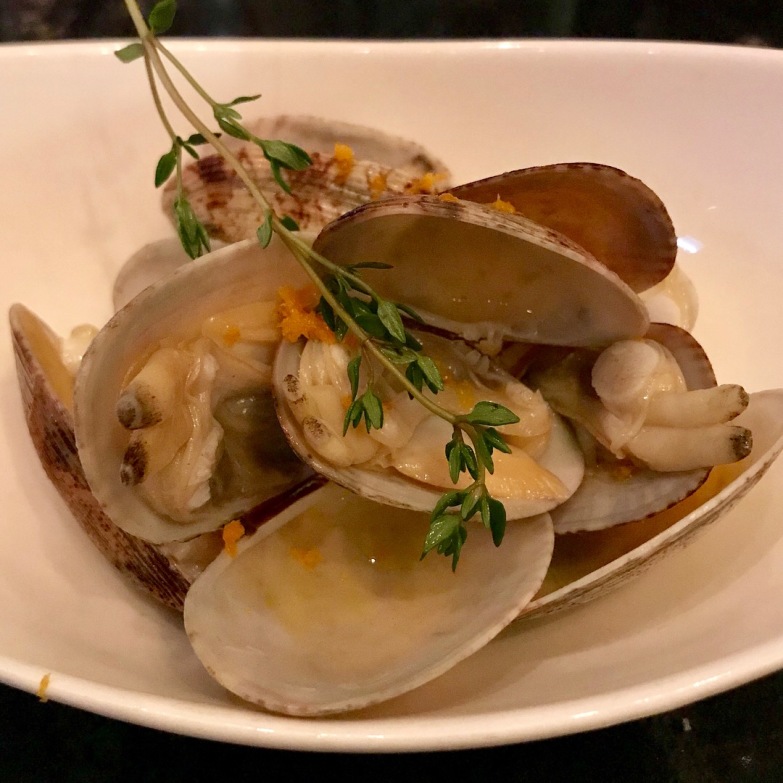 The poached clams with orange olive oil were a bit better. The dish was served cold, and I could smell the fresh scent of the ocean. The champagne jelly melted into the dish, but I couldn’t detect any orange. Here, the Sauvignon Blanc was smooth and really complemented the salty clams. 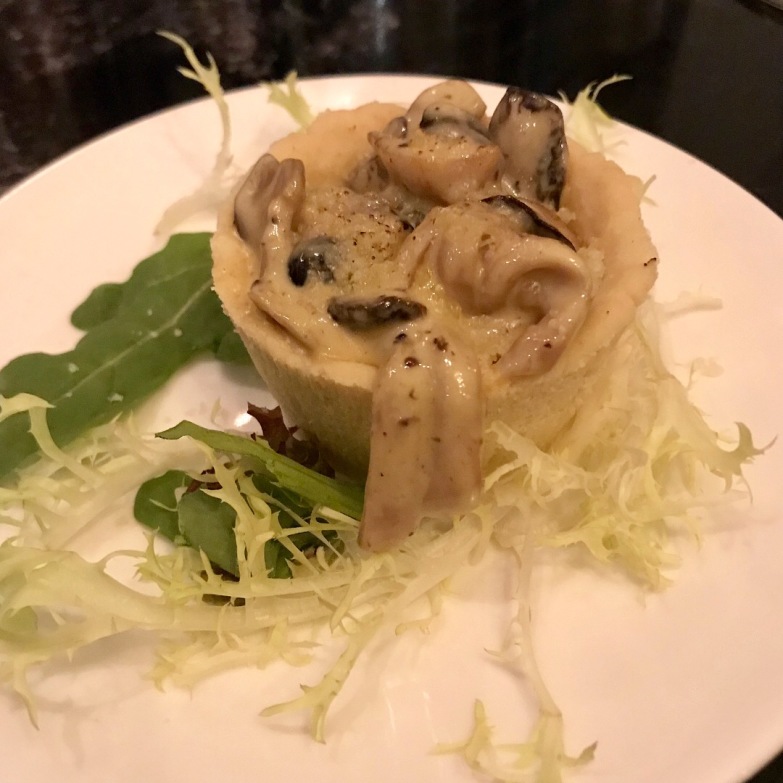 Getting to the mains – we were first given a perfectly warm baked mixed mushroom tart with truffle olive oil. Truffle isn’t something I can easily pass up. The mix of mushrooms was deliciously fragrant in the thick cream cheese sauce.

I was excited to try the dish, but I wished they had opted to use a flaky puff pastry sheet instead of shortcrust. This was an unusual choice, as shortcrust can be dry and requires a sauce that’s a bit runnier in order to smooth out the texture on the palate. I gave it a try and experienced the sensation of dry, thick, heavy dough inside my mouth. Not the most pleasant experience, so I swallowed down a few gulps of wine. 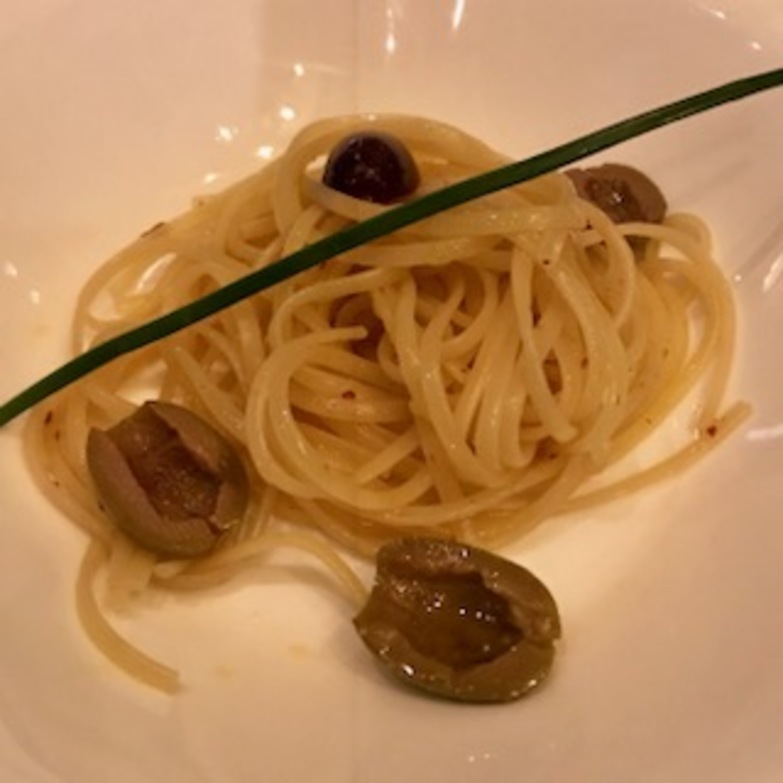 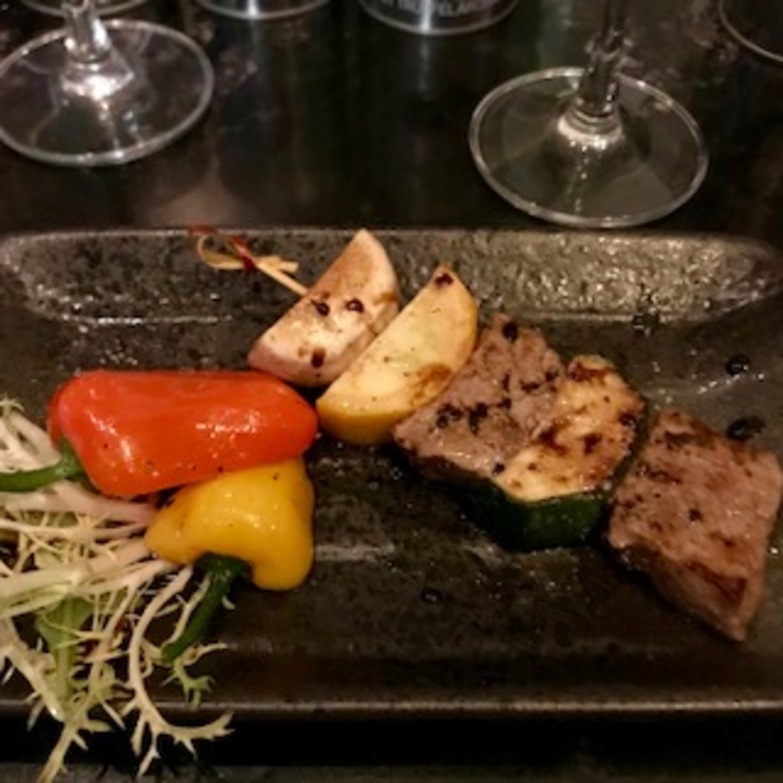 The last two mains achieved the goal of simplicity but showed minimal effort put into the food. We were presented with spaghetti tossed in basil olive oil and a beef skewer with chilli olive oil.

The dishes seemed to be in reverse in relation to the olive oils that Six Tablespoons had planned to use. The pasta achieved the perfect kick owing to the addition of sautéed chili, but this left the basil olive oil tasteless and overpowered. I found myself in the same situation as I had been at the beginning of the meal with the scallop carpaccio – I was eating plain ingredients in olive oil.

The beef skewer was tender, but I couldn’t taste the chilli at all and the beef was overpowered by the other earthy spices. 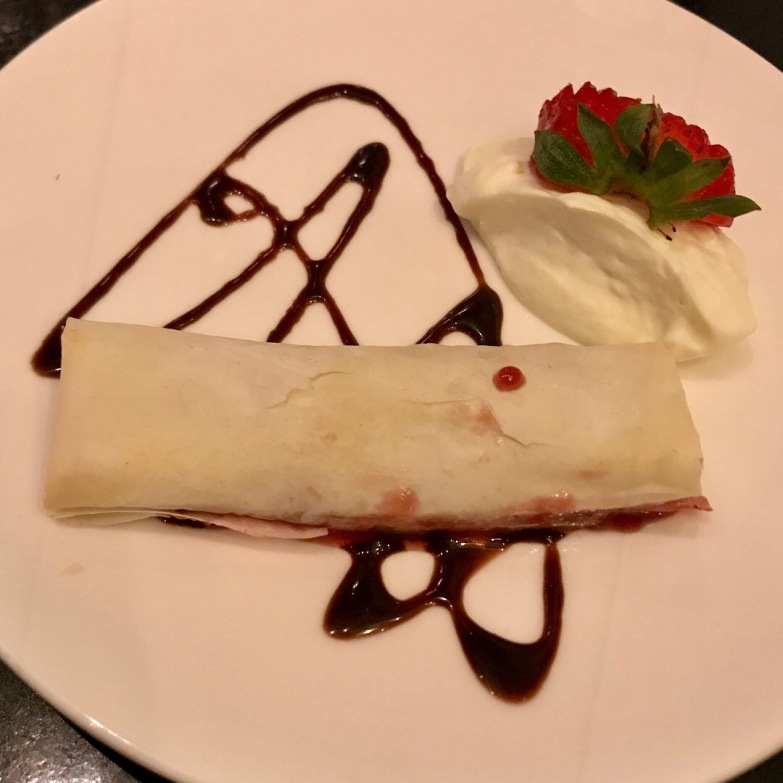 The night was coming to an end, with two desserts coming out of the kitchen: deep-fried spring roll with mixed berries and chocolate olive oil and lavender crème brûlée with vanilla olive oil cream.

The same dish can be decent looking one night and become a contorted mess the next. For example, take the spring roll, which had a simple presentation with a drizzle of chocolate-olive-oil-infused sauce. I had a feeling this unique dessert might get messy quickly. Clearly, the spring roll hadn’t been deep-fried – it was too soft and flaky – and instead it seemed it had been baked. A runny, sour berry compote gushed out onto the plate, creating a mess and overwhelming the chocolate sauce.

On the other hand, the lavender sugar was perfectly brûléed, and I could smell the sweet, fragrant vanilla. But after taking a bite? I was basically eating ground-up lavender, ruining the smooth texture of the cream. From sweet and delectable, it quickly became bitter. 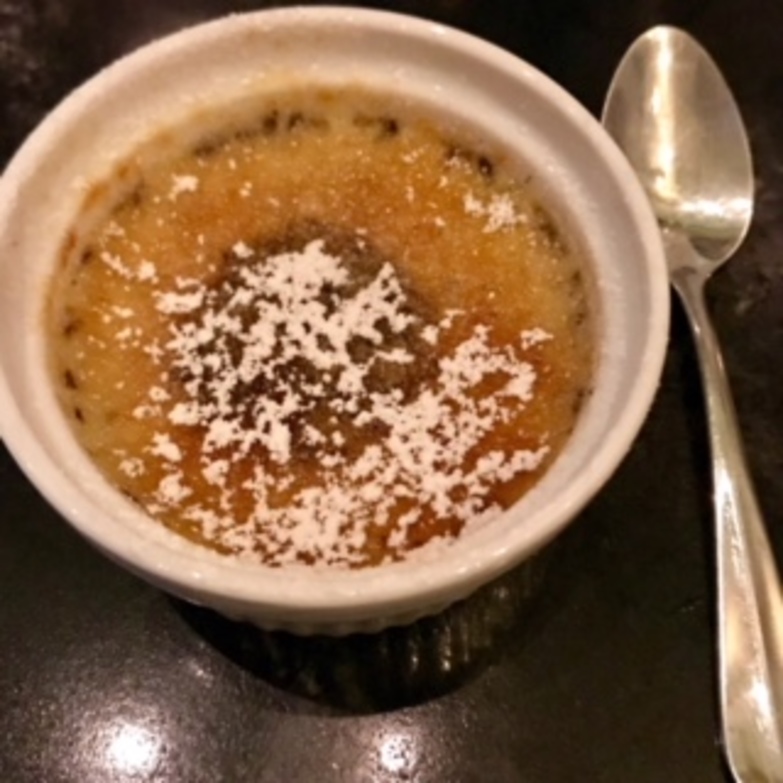 This tasting ranks as 2018’s most interesting experience so far. Six Tablespoons is homey but needs some serious tweaking of its olive oil dishes. I’ll throw my hat into the ring and be honest – the chef has set her ambitions high, but at times it was clear that the kitchen struggled to capture the taste of these infused Greek olive oils. Maybe if the concept of the cuisine was more clear, the restaurant would be a hit, bringing contemporary European cuisine to Sheung Wan. But, at the end of the day, adjustments need to made, because I’d like to see this place transform from an unhinged eatery to a well-executed restaurant.

The olive oil tasting menu ($580; +$190 for wine pairings) consists of two appetisers, three main courses and two desserts and is available until 26 April 2018.