We recently ventured to the new Hotshot in Repulse Bay for a bite of beachside Americana cuisine.

Surfer cool: From the restaurant group Le Comptoir, comes a breezy, design-focused restaurant with plenty of art to rival its sister restaurant Bibo. Hotshot, is all about American surfer cool, and occupies a lofty corner of The Pulse in Repulse Bay, just steps from the beach. Two storey tall windows allow plenty of natural lighting, while colourful surfboards and tongue-in-cheek artworks by Supremem, Invader and Kaws adorn the walls. Fairy lights add a touch of whimsy and the sight of a 1951 vintage Silver Streak clipper trailer parked inside the restaurant brings us back to the glory days of Americana. 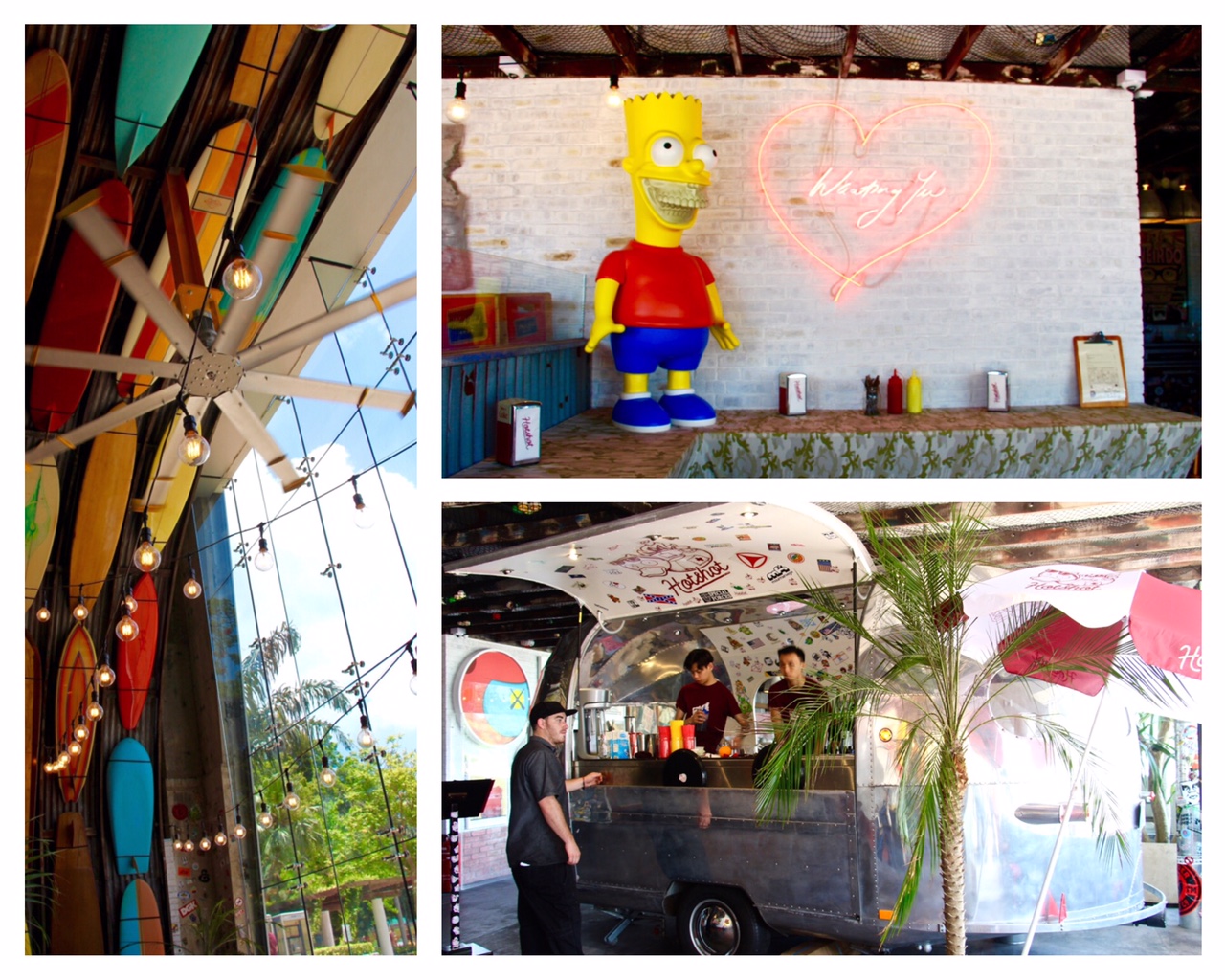 Boozy milkshakes: Under the helm of Executive Chef Wes Long, who recently ran the kitchen at Hudson Clearwater in New York, the menu is a mix of new American cuisine and modern European flair. A peruse through the menu left us a little dumbfounded, as, judging from the decor, we expected classic American comfort food rather than fancier variations. Aside from the milkshakes and cheeseburger, everything seemed to be lacquered with a touch of fine dining. We enlivened our taste buds with a round of milkshakes, starting from the Montauk ($100), a blend of chocolate, orange and cognac, before moving on to the Malibu ($100), a pretty concoction of spiced strawberry and rum. We loved the rich chocolatey taste of the Montauk, but wished that the Malibu milkshake, although beautifully presented with a fresh strawberry flower motif, could have had a more refreshing edge. The spiced strawberries reminded us of Christmas, instead of a refreshing summer drink. 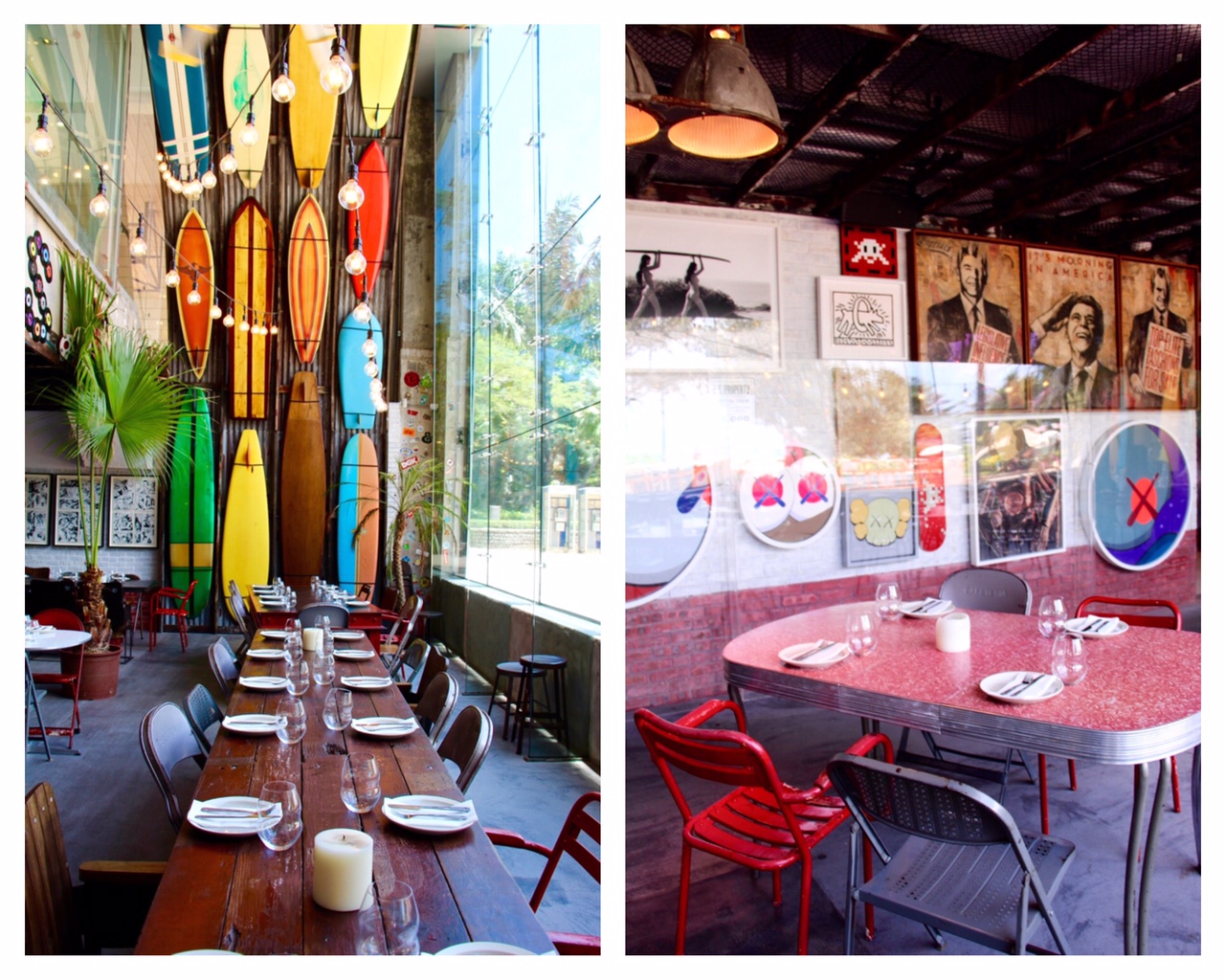 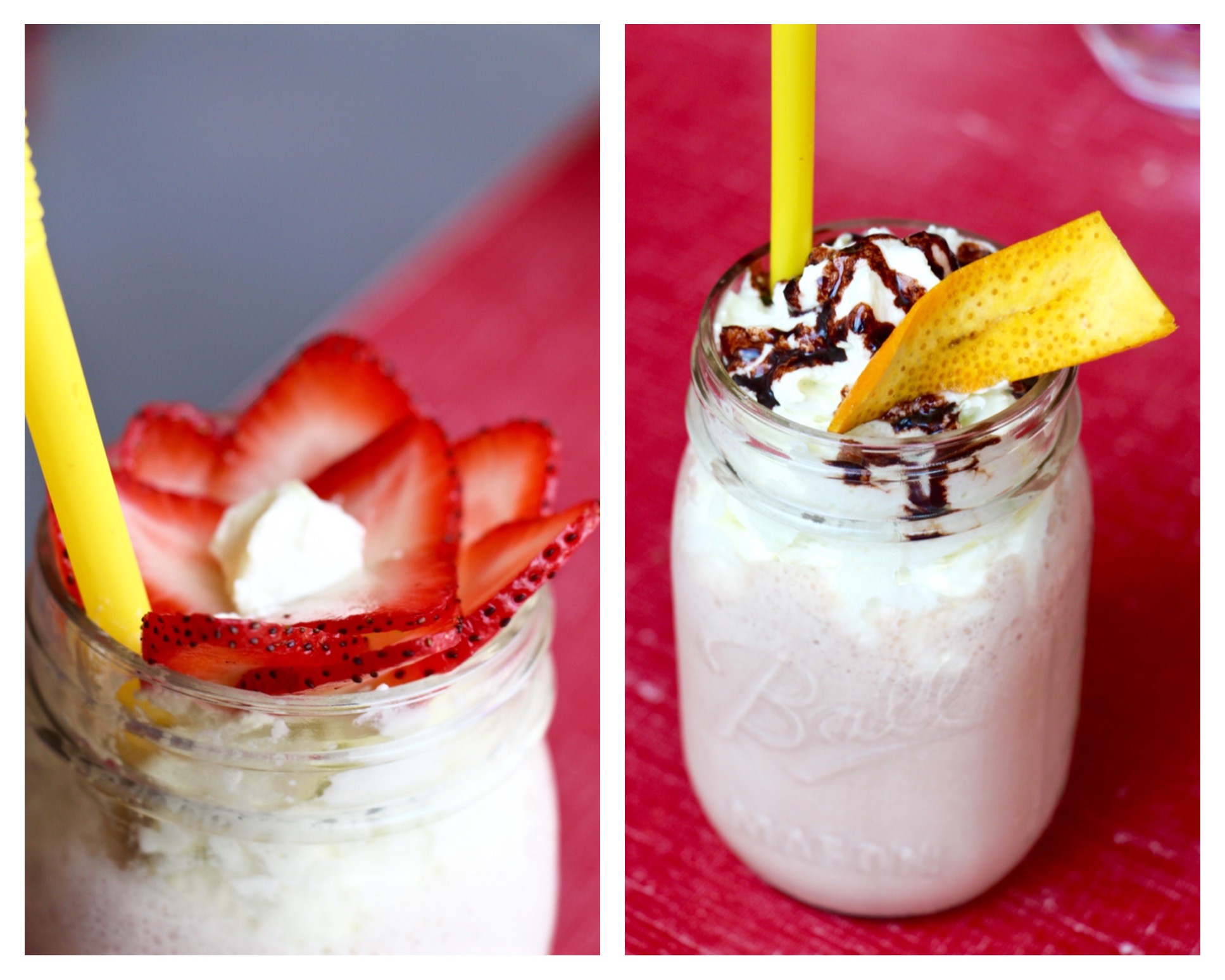 New American cuisine:  We longed for the house-made ricotta smothered over sourdough, and the summer squash salad, but alas, both options were unavailable during our visit, so we appeased with blistered shishito peppers ($80) as a starter. We love crunching on these little peppers whenever we’re at a Japanese kushiyaki, and Hotshot’s version, dressed in a drizzle of lime and a sprinkling for salt, was not bad, although the peppers could have benefited from a few more seconds on the grill. 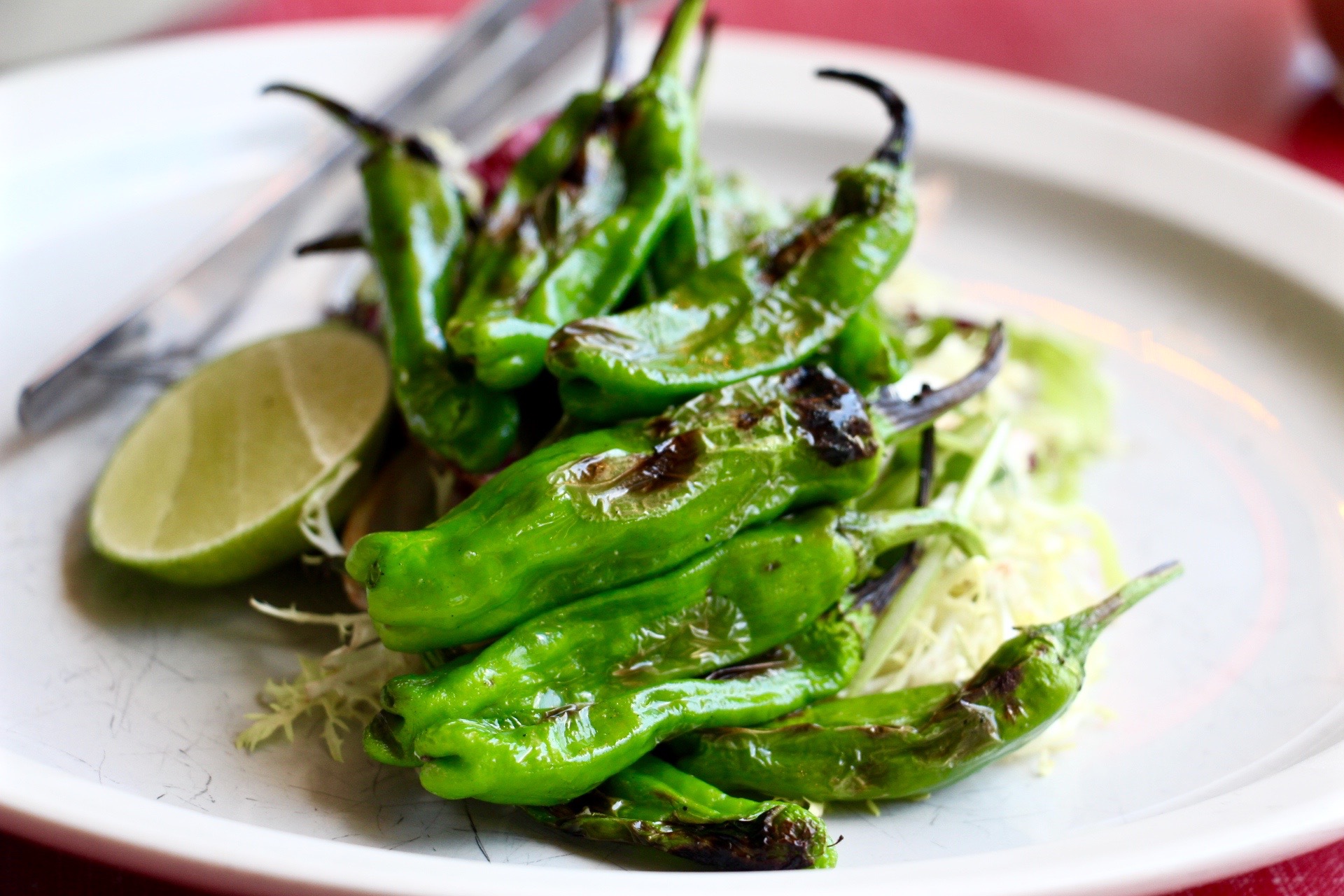 There was high anticipation for the superfood combo of kale and faro grain salad ($120), but the dish underwhelmed with its tiny portion and uninspiring flavours. Despite the runny fried egg on top, the fibrous salad lacked contrasting flavours and textures to hold any interest. 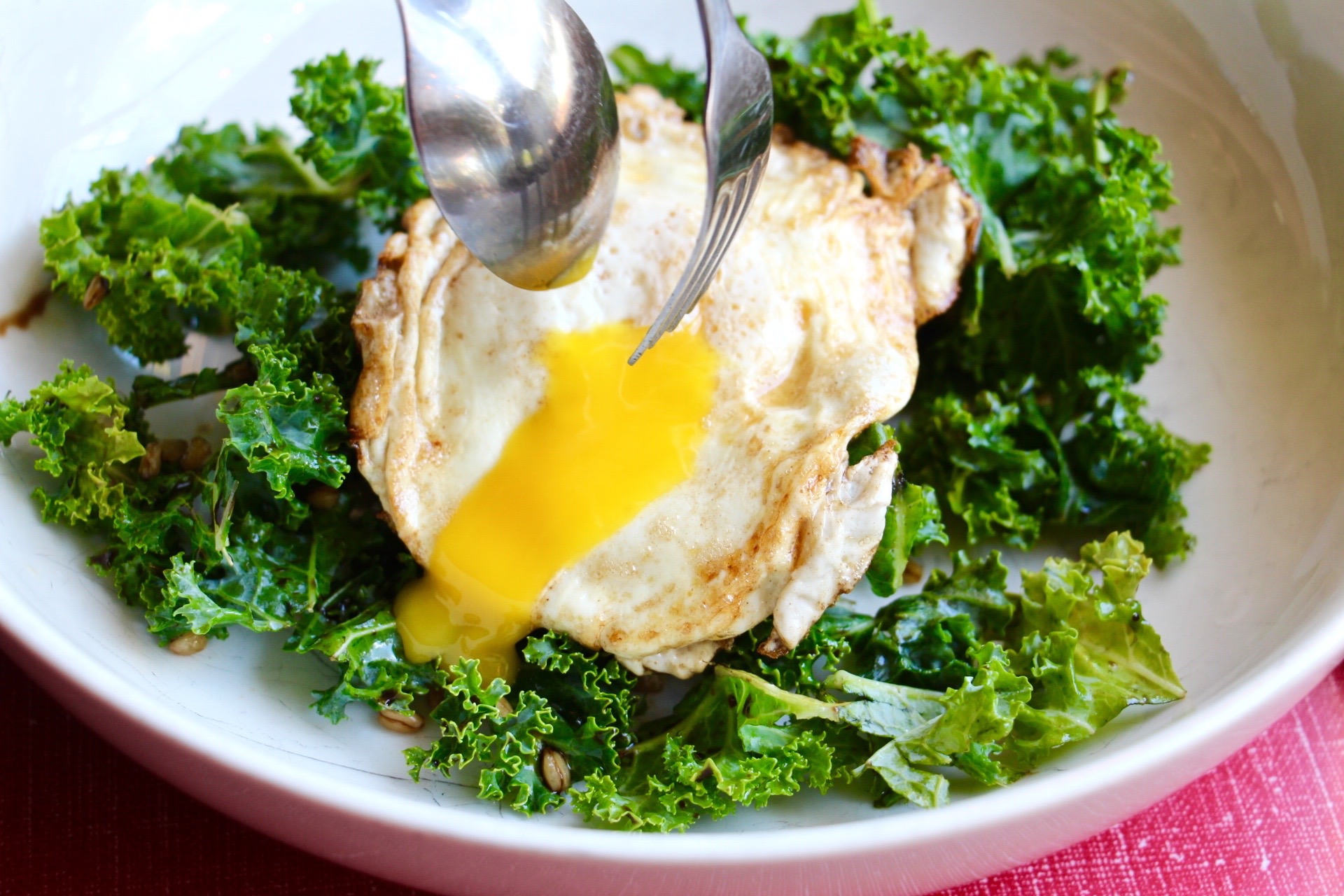 The diver scallops ($210) were perfectly seared and arrived alongside an arugula, marinated fennel, orange, and couscous salad, and a crumbled cashew puree. 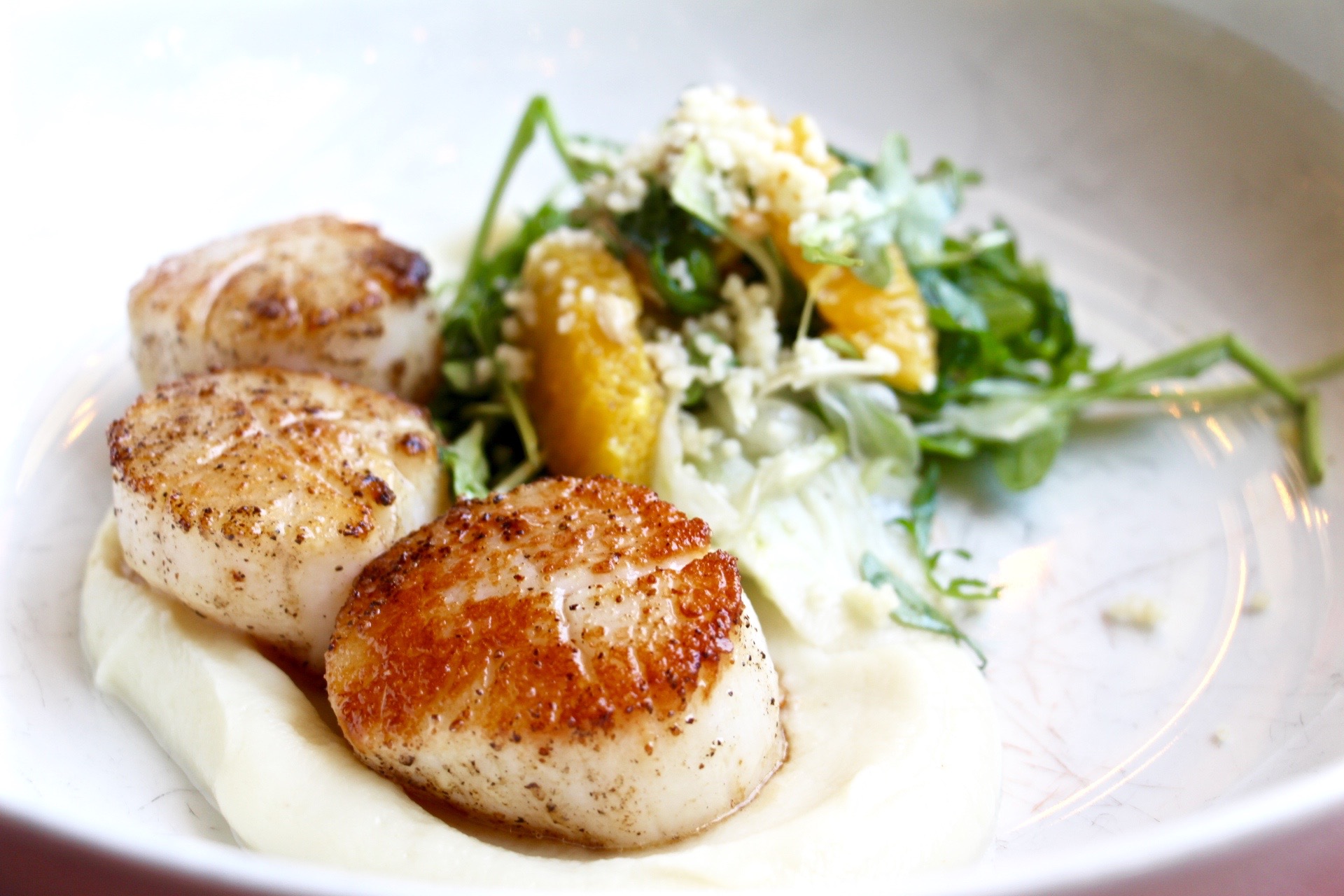 The pan roasted duck breast ($250) with wild rice, confit leg, kale and cauliflower puree came drizzled with a blueberry compote, and was more pretty than tasty. The duck breast was overcooked, and the small smattering of duck confit was rather dry. 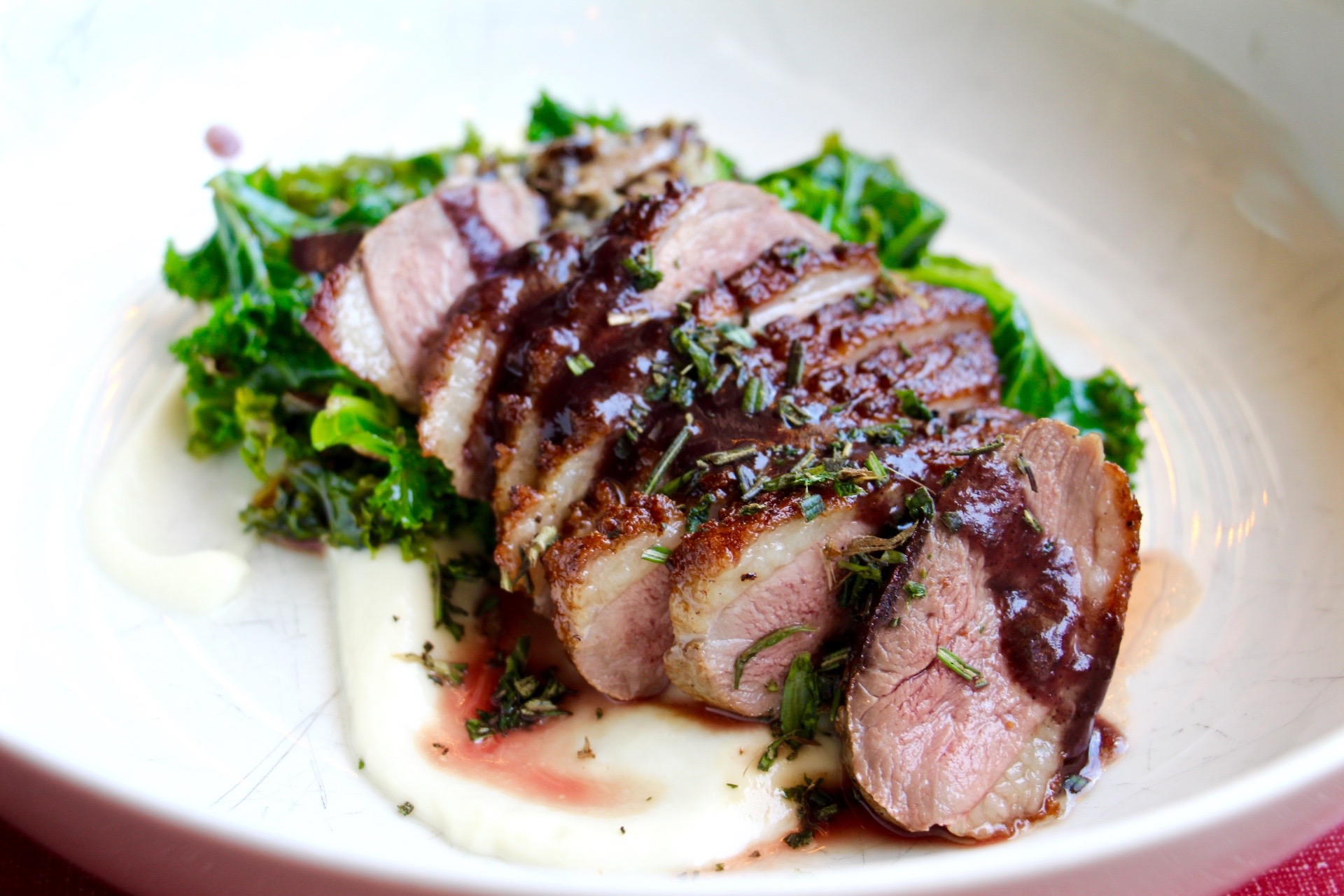 To bulk up on vegetables, we ordered a side of broccoli with cheddar as well as roasted asparagus with kalamata olives. Both were priced at $60, although the broccoli dish was significantly larger than the thin stalks of asparagus. Breadcrumbs were added to the broccoli for texture, which made the cheese sauce gritty instead of velvety smooth. 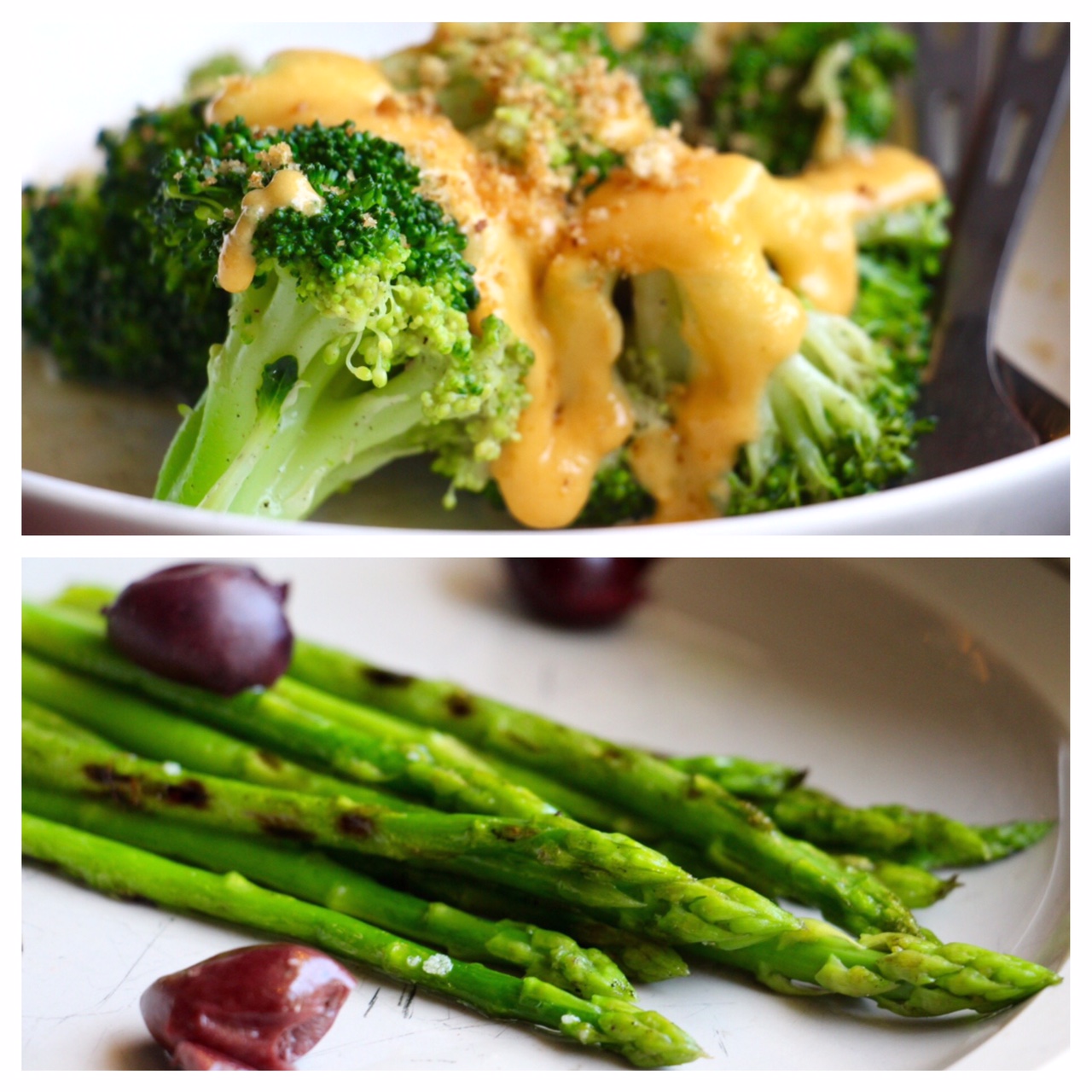 We concluded our meal with warm chocolate brownie with vanilla ice cream ($70) and a slice of key lime pie ($70). We loved the sugary crunch of the candied walnuts, but wished the brownie was actually served warm with gooey chocolate accents rather than as a cold, densely packed slab. The key lime pie, with a delicious cookie crust and a dollop of sour cream, saved the day with its addictive counterbalance of sweet and tart notes. 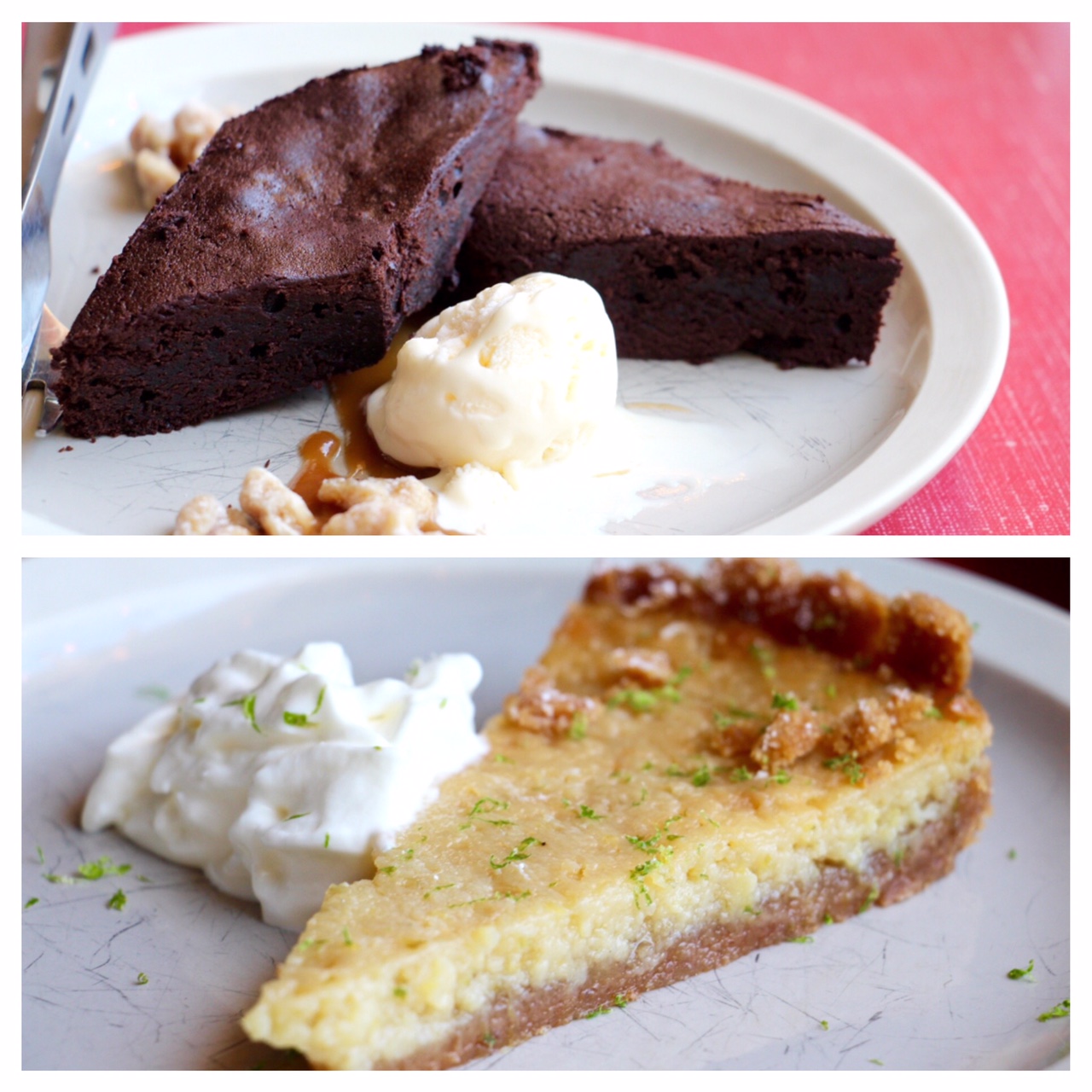 Verdict: Very cool vibe and interior, although the food didn’t quite match up, which breaks our hearts, as we really really wanted to love this place. The portions are small relative to the price commanded, and we are still scratching our heads about the juxtaposition between the menu and the decor, as we were expecting more relaxed, laid-back classic American indulgences. Having said this, it is still early days for Hotshot, and the restaurant still has plenty of room to develop and grow.