The Tale of Two KFCs

KFC, hipster speak for Korean fried chicken, has been wooing plenty of taste buds with its addictive tangy sweet flavours and golden crunchy skin. As a child, fried chicken was one of my favourite foods, second only to ice cream. At the tender age of six, I could easily polish off eight pieces of Kentucky Fried Chicken in one meal. For me, it was always a "go big or go home" mentality when it comes to fried chicken.

Long story short, as a fried chicken fanatic, I felt that it was my duty to do some due diligence of the two Korean fried chicken joints in Hong Kong's quirky Sai Ying Pun district before our Foodie team launch the Food for Thought Explorer event in the same neighbourhood. Flanked by my posse of dedicated eaters, we set off on our ambitious attempt to eat two dinners in one night.

First up, we arrived at U-Hang on High Street, which is located on the same street as our other contender, Uncle Padak. We loved the funky decor of U-Hang, with mismatched schoolhouse chairs and a contrasting decor palate of grey concrete and bright pops of oranges and blues. 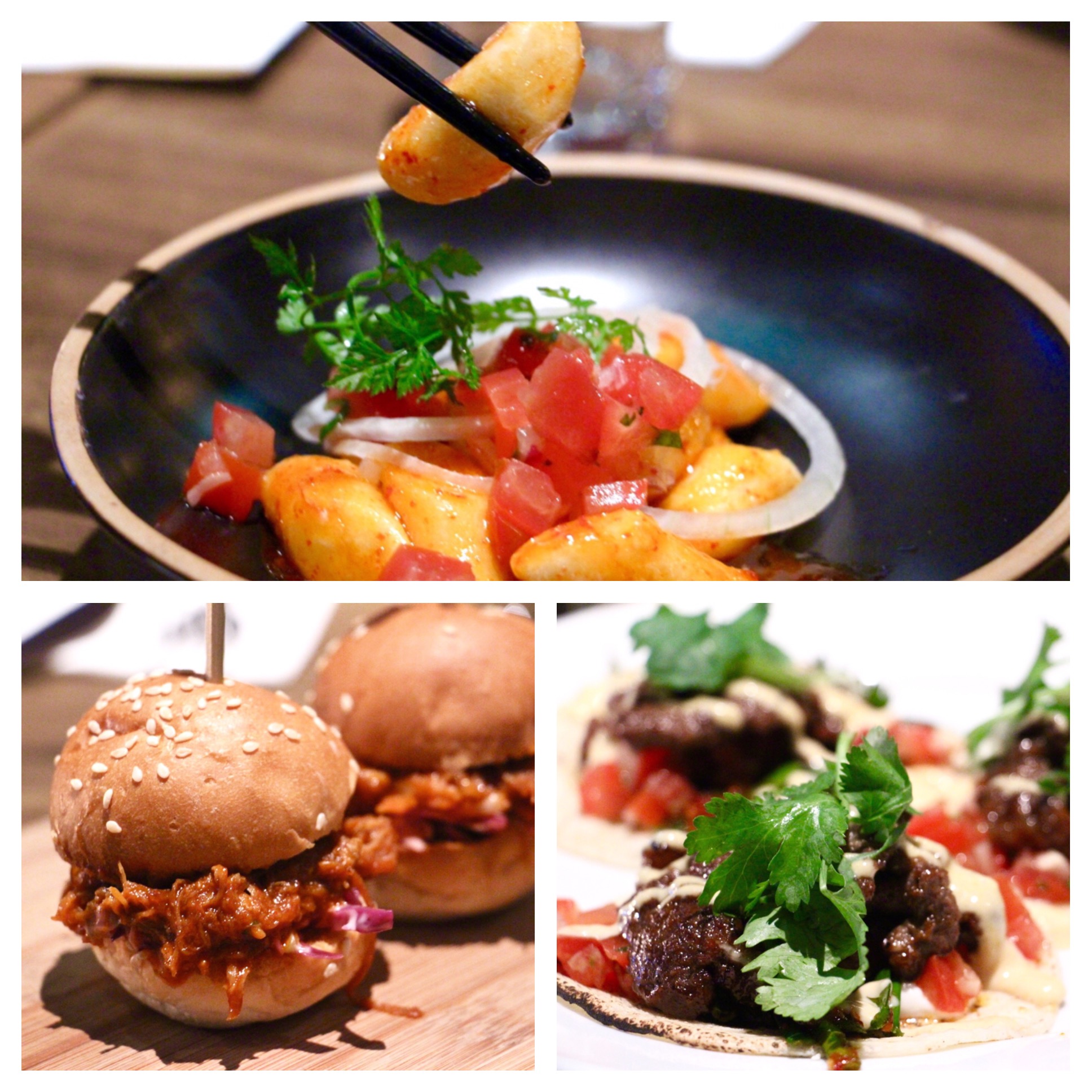 Since we were saving room for our second dinner, we chose to pluck signature dishes from U-Hang's "small bites" menu to get a taster of the restaurant's selection. We're suckers for sliders and tacos, so we couldn't resist ordering the pulled pork shoulder "messy slider" ($95 for 3) with kimchi, house BBQ sauce and coleslaw, as well as the bulgogi beef taco ($95 for 3) with soy marinated Australian Angus beef chuck, corn tortilla, green chives, tomato salsa and coriander. All the items arrived looking tempting, although were lukewarm, making us feel that none were made to order. The sliders were delicious enough, although we would have preferred a bit less sauce so that we could taste the meat, and the bulgogi beef tacos were impossible to eat in a delicate manner. The corn tortillas stuck to the plate and broke as we tried to lift them off, which made for very messy eating with pieces of beef and filling falling all over the place. The crispy rice cakes ($48) dressed in a sweet and spicy sauce alongside tomato salsa and onion, didn't live up to its name, since the chewy rice nuggets did not possess any of the promised crispiness. We wished it was at least lightly seared to give it some texture and flavour. Finally, we come to the KFC ($98), which came smothered in a sweet and spicy sauce alongside red cabbage coleslaw. The boneless nuggets were more batter than chicken, and we heaved signs of disappointment. Eating fried batter with sweet sauce on it was not what we had in mind. 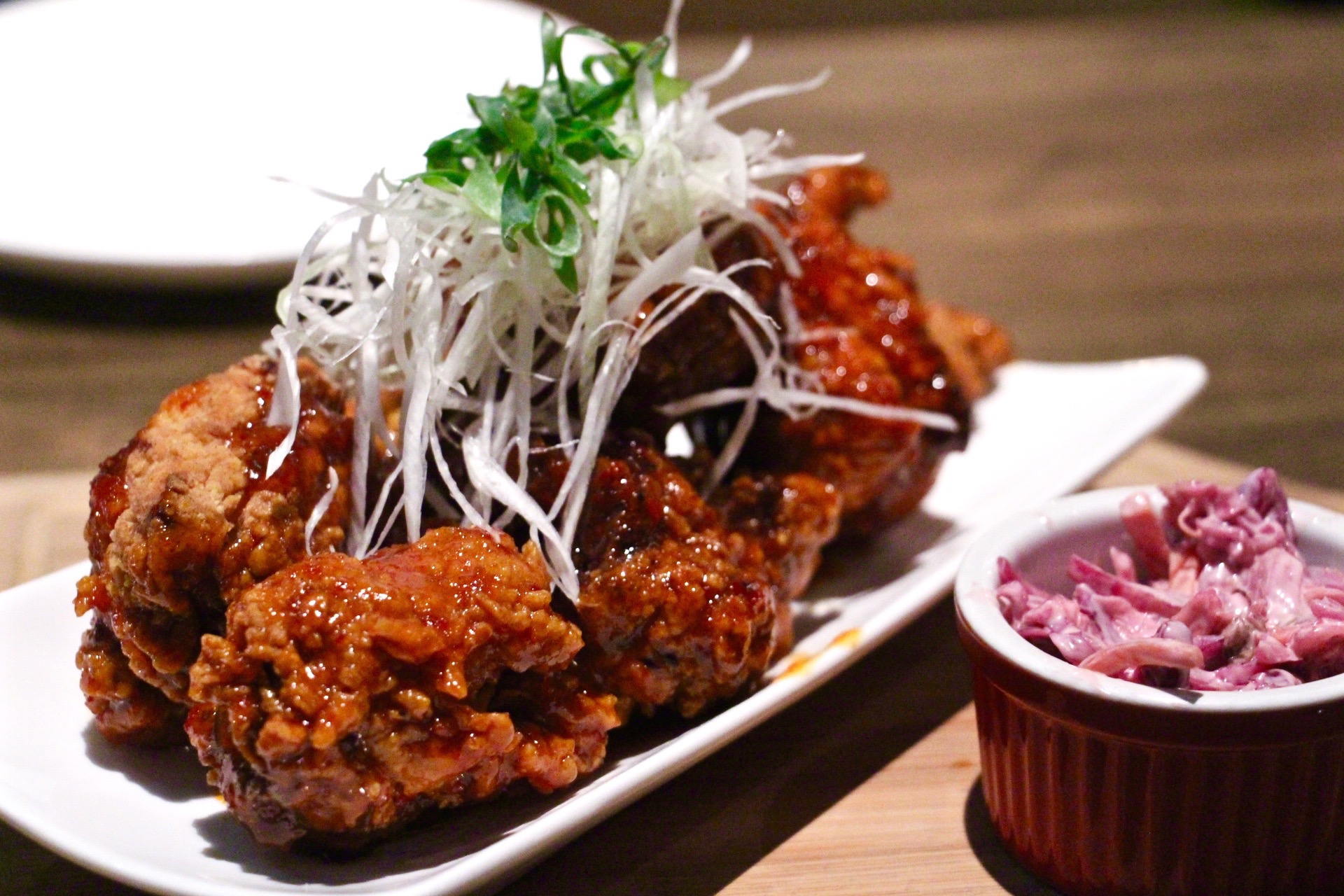 Moving onwards, to hopefully greener pastures, we jaywalked to Uncle Padak a few doors down. The massive line outside told us that we were onto something good. We waited for about ten minutes for our seats, all the while giving sad puppy dog looks to the diners inside while staring longingly at their plates. We got down to business right now, firing off orders of grilled cheesy corn ($48), rice balls ($58 for 8), ddukbokki with cheese ($68), and of course, a half and half combo ($188) of the signature Padak fried chicken alongside a soy variation. To wash it all down, we guzzled chilled pints of Asahi draft ($58). 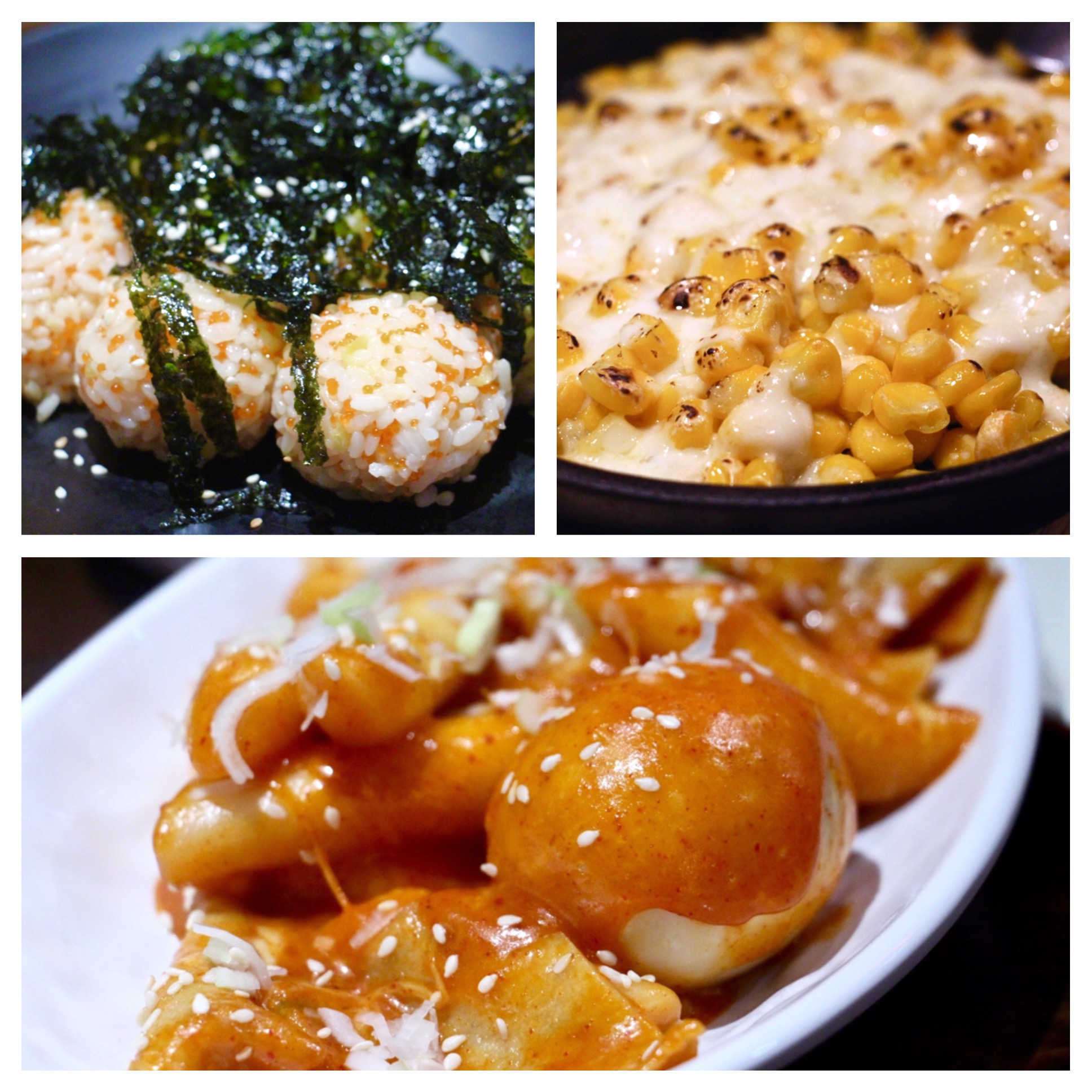 All our orders arrived piping hot, aside from the rice balls, which were served room temperature with flying fish roe. We loved the chewiness of the ddukbokki rice cakes dressed in a zingy spice sauce, and thought the addition of boiled eggs and thin ribbons of fish cake gave the dish interesting flavour contrast. The rice balls were a great way to mellow the taste buds after they've been doused in hot sauce, and the corn was sweet and gooey thanks to the melty cheese.

Now, we come to the chicken. The "Padak" KFC came dressed in a sweet spicy sauce with fried dumplings and rice cakes. We loved the crisp and chewy rice cakes and the dumplings added variety to the dish. The chicken was piping hot, tender on the inside with a crunchy golden crust. 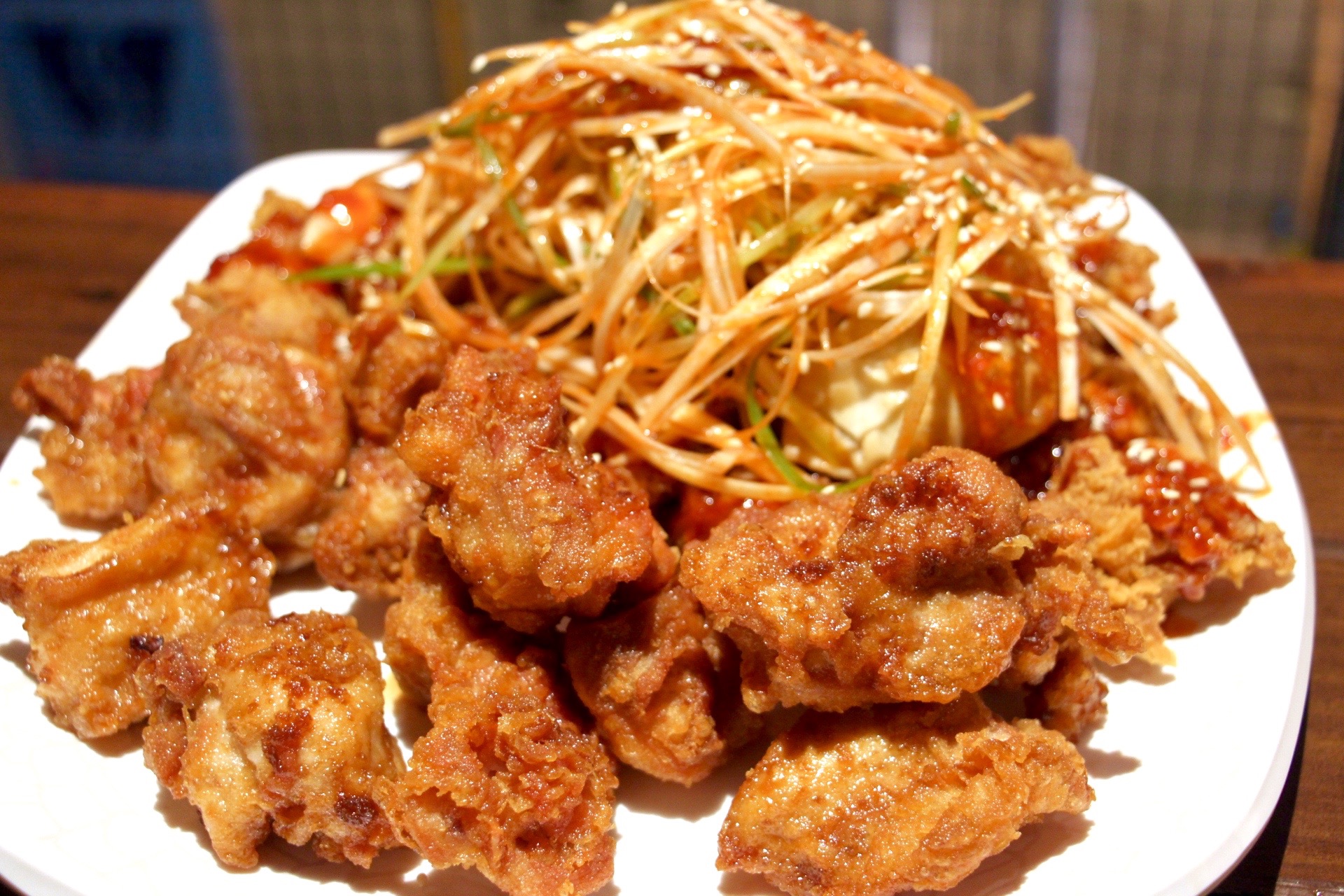 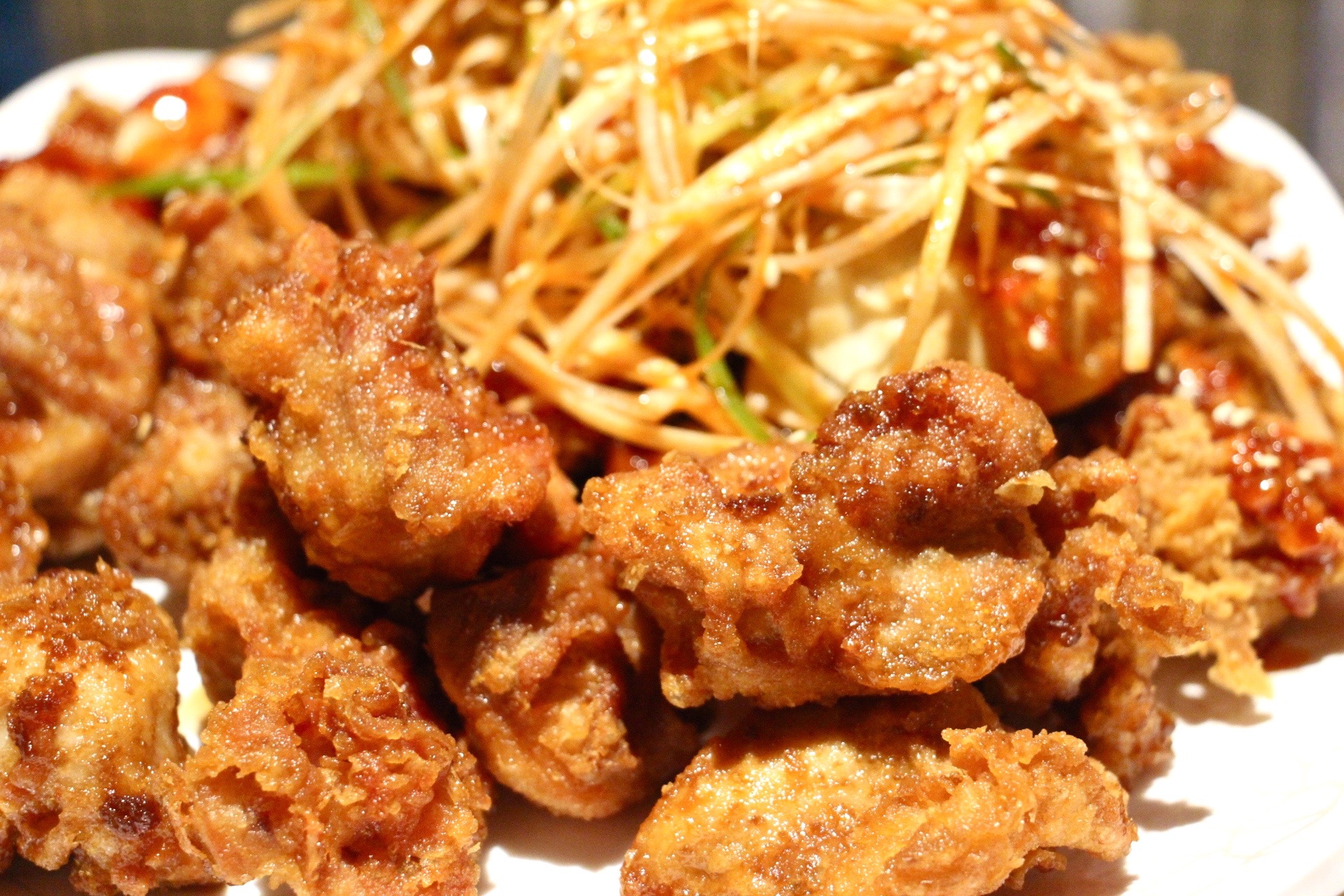 Verdict: Uncle Padak won by a mile. We love the made-to-order piping hot dishes, both deliciously hearty and great value for money. You can just tell by the massive line parked outside. Sorry U-Hang, but Uncle Padak clearly rules the roost!

This review first appeared on www.girlmeetscooking.com