The Island Shangri-La is no stranger to Michelin stars. Its revered Chinese restaurant Summer Palace has earned and maintained two Michelin stars since 2013.  As a purveyor of not only luxury accommodation but also refined dining, the Shangri-La hotel brand celebrates the art of cuisine this autumn with a Festival of Gastronomy. This fine dining event returns after the success of its initial launch last year and will take place in 11 Shangri-La hotels from now until 1 November 2016. This year's line-up is headlined by 12 celebrated chefs with a total of 20 Michelin stars, and the event will take place simultaneously in Beijing, Hong Kong, Jakarta, London, Manila, Paris, Taipei, Tokyo, Shanghai and Singapore.

For the Hong Kong edition, Chef Frédéric Anton of three-Michelin-starred Le Pré Catelan in Paris is taking up residence at Island Shangri-La's Restaurant Petrus until 29 October. The renowned chef began his culinary career in 1983 and rose to become the head chef of Joël Robuchon in 1996.

We recently sat down for a preview of some of the menu highlights and were dazzled by the finesse of the dishes.

Our tasting began with a tin of caviar chilled over ice, but it was the sweet crabmeat underneath that proved to be an even bigger treat. The briny pop of the caviar accentuated the sweetness of the crab, and the light dill cream added richness and depth. 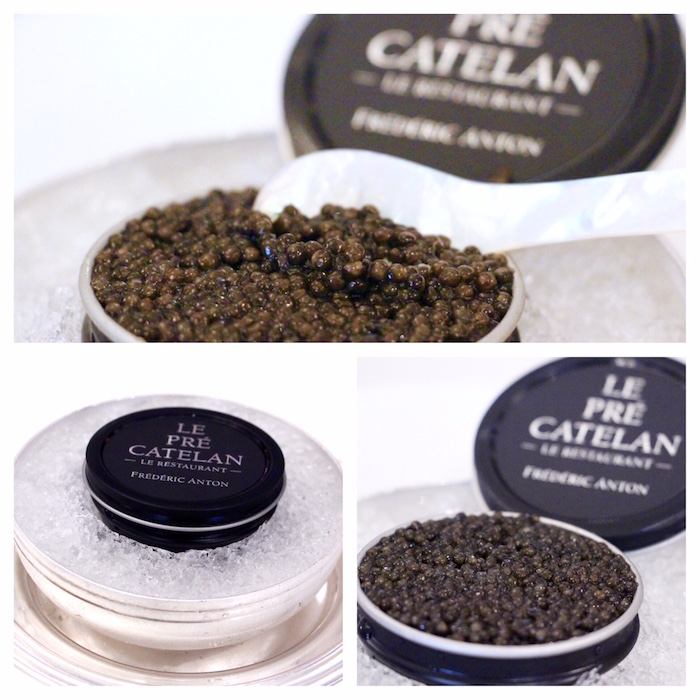 Almost too pretty to eat, the langoustine ravioli came draped under an elegant gelée dusted with gold leaf amidst a cloud of foie gras cream. A hallmark ingredient of French cuisine, the langoustine was cooked to bouncy, succulent perfection, and the foie gras added just the right amount of velvety richness. 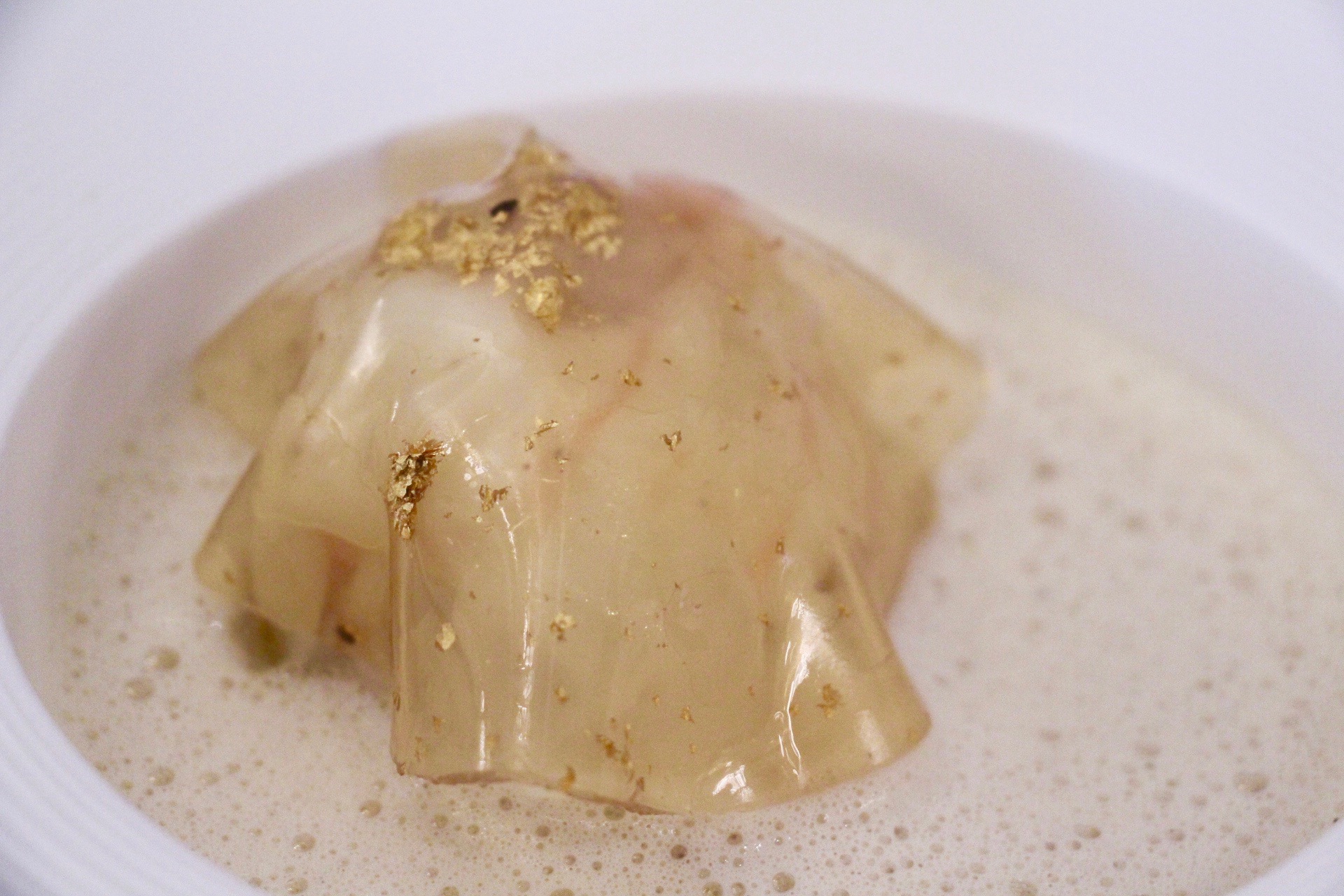 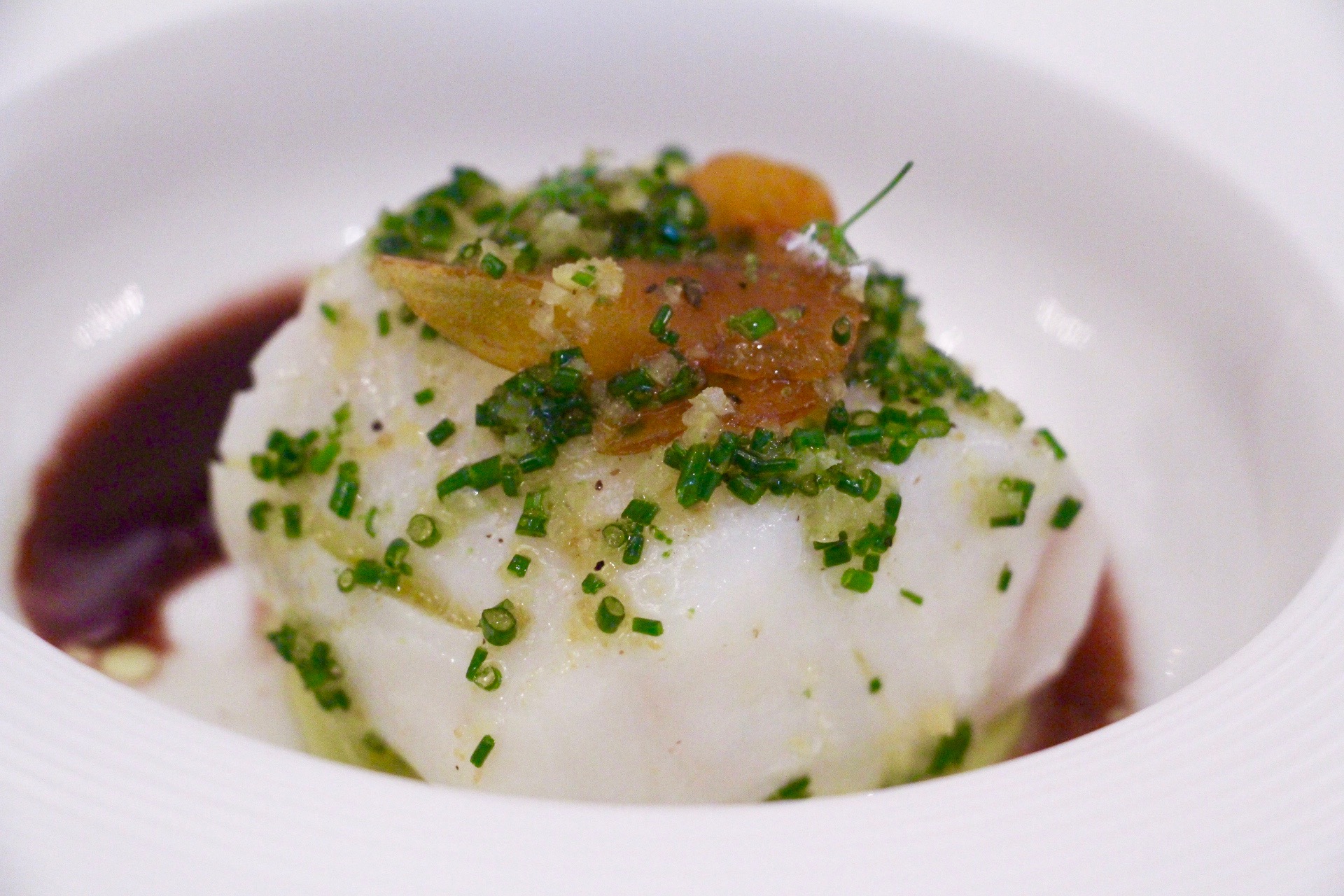 The dessert was both playful and immaculately executed. La Pomme arrived in a vivid green sugar sphere filled with cider mousse, crispy puffs, sparkling sugar and caramel ice cream. It reminded us of candied apples from our childhood but with a serious dose of haute cuisine. We especially adored the pops of sparkling sugar on the palate after each bite.

When asked about his inspiration behind each dish, Chef Anton stated that the first three savoury dishes were prepared to allow the ingredients to speak. The best of the best were used for each of these dishes, and the story was narrated through these flavours. The dessert, however, had to be fantastical, since there is only so much to be said about sugar and flour. The presentation had to invoke excitement in the guests. 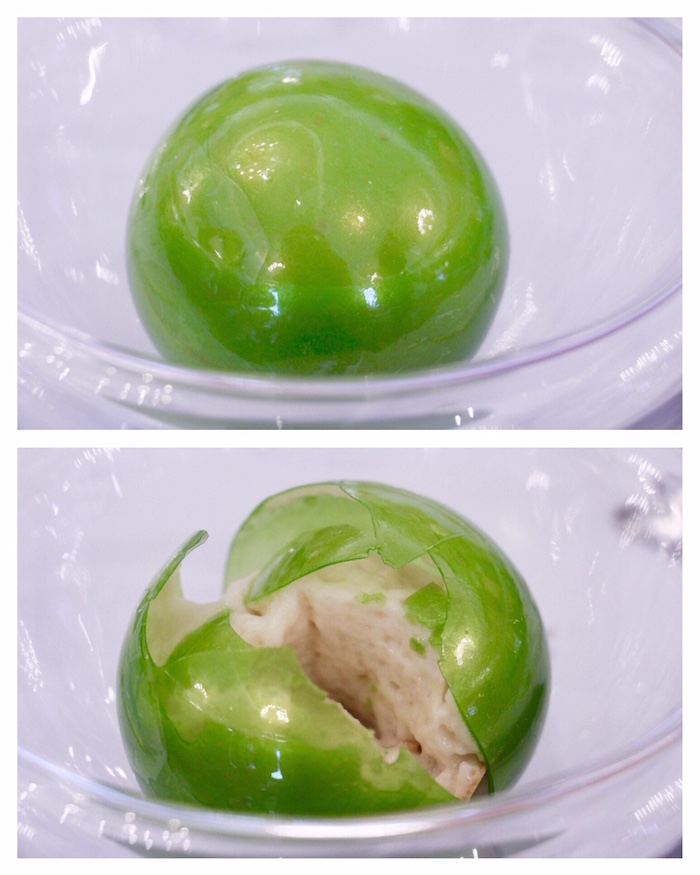 Verdict: Michelin stars are bestowed to reward restaurants who excel in both innovation and precision, and Le Pré Catelan proves that it rightfully deserves its three-star rating. The amount of detail and discipline that went into each dish was astounding, making this a truly memorable gastronomical experience. Bravo, Chef Anton!

A series of dinners and lunches under the Le Pré Catelan menu are available until 29 October. For more information, click here.