Baller appeal: Former footballer turned Michelin-starred chef Björn Frantzén steps into the international arena with his first restaurant in Hong Kong. Aptly named Frantzén's Kitchen, the cosy 36-seater shares the street with another Michelin darling, Upper Modern Bistro. The menu features an ever-evolving array of Scandinavian dishes, often accentuated with Asian influences. A glimmer of copper adds warmth to the contemporary Scandinavian decor. Guests looking for a dash of theatre can choose a seat at the bar counter whilst those looking for a more intimate dining experience can lounge at lower tables and seats near the back of the restaurant.

Chef Björn Frantzén opened his first restaurant, Frantzén, in Stockholm in 2008. The restaurant saw a meteoric rise, gaining its first Michelin star in 2009 and a second star in 2010. Head Chef Jim Löfdahl, who previously commanded the same role at Restaurant Frantzén, leads the new team in Hong Kong.

The restaurant celebrates its grand opening on Thursday, 24 November, but we were given a sneak preview of the tantalising menu. 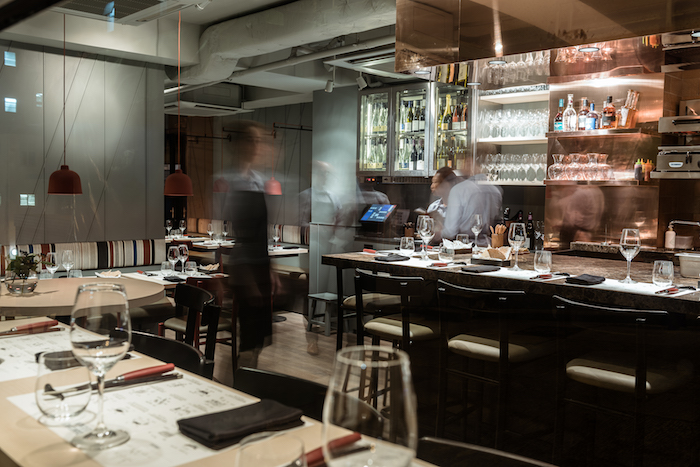 We nibbled on crispy flatbread smothered with caramelised brown butter before the official start of our meal. Dill, a popular herb used in Nordic cooking, added vibrancy to the crisp bread. 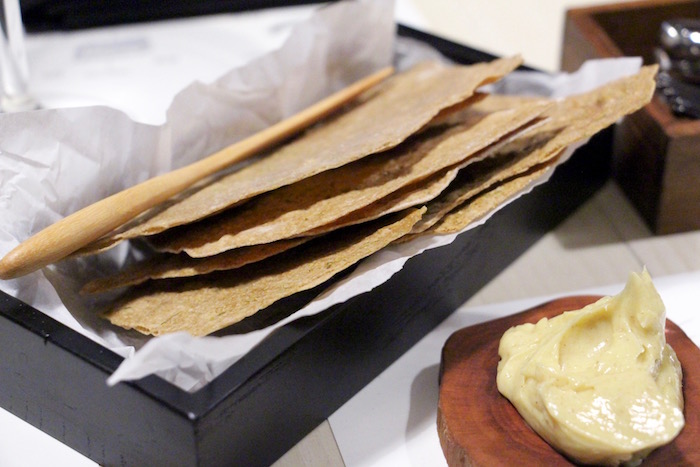 The menu changes quarterly and is divided into three sections: snacks, mains and desserts. It also doubles as a place mat, with each dish accompanied by a handy little sketch, so you know exactly what to expect.

First on our plate was a very interesting interpretation of sushi, appropriately named Swedish sushi ($80). The bite-sized morsel had a fried white moss base layered with cep mayonnaise, raw fallow deer and shaved foie gras 'snow'. Although a relatively small bite, it was anything but small in flavour. The crunch of the moss was a delicious contrast to the creaminess of the foie gras and mayonnaise and the tender venison. The meat had a clean aftertaste, with no trace of gaminess. 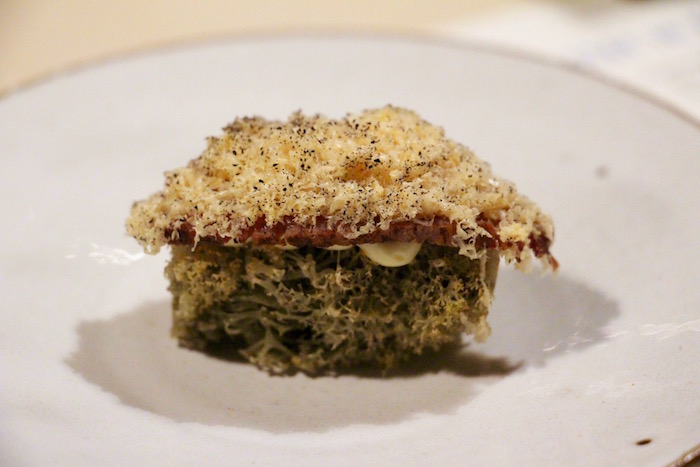 Our Nordic sushi was followed by French toast ($95), which resembled more of a Spanish bikini sandwich rather than its namesake, thanks to the mountain of shaved Italian white truffle. The creaminess of the aged cheese paired well with the pungent fungi, and the tart and sweet balsamic vinegar added a refreshing touch to an otherwise heavily flavoured composition. 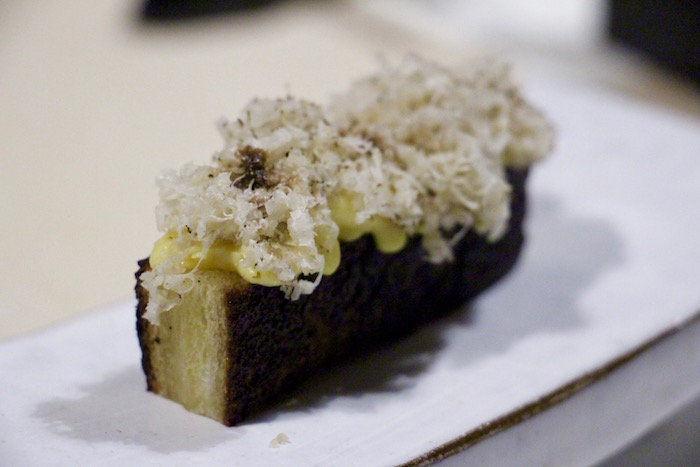 Our first main was a cosy bowl of roasted Hokkaido scallop ($205) in Nordic dashi with ginger oil. The scallop was perfectly seared with a caramelised edge that retained all its sweet succulence, which contrasted well with the intense tartness from the pops of finger lime. Zingy pine and ginger added a fresh dimension while the dashi made from dried caramel scallop and chanterelle brought layers of depth. 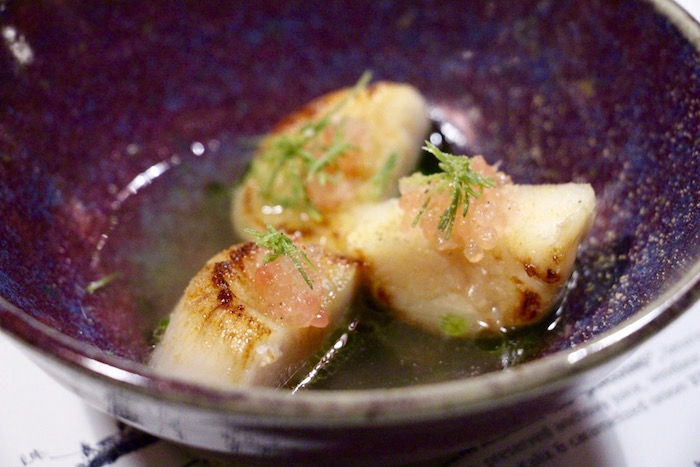 The hero of the evening was the North Atlantic cod 'Janssons' ($230) that arrived nestled in a soothing bowl of white wine butter sauce blended with preserved anchovy juice and dotted with dill oil. The cod melted into fat, buttery flakes and worked incredibly well with the briny kalix caviar and sweet caramelised onion base. This was a combination comforting enough to warm even the coldest Nordic winter yet light enough to accentuate the sweet delicateness of the cod. 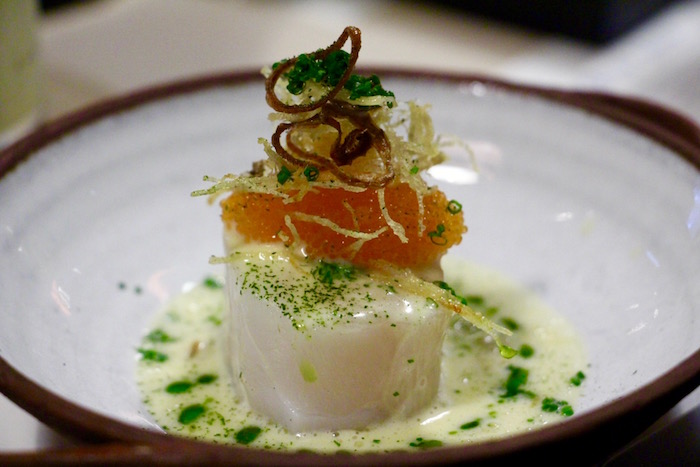 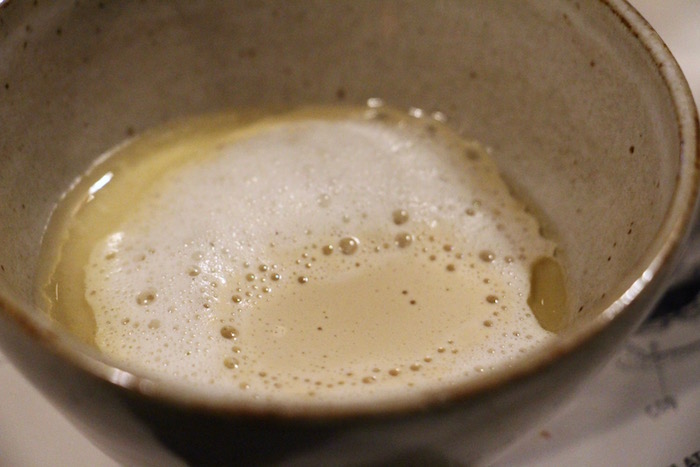 The slice of grilled chicken ($215) came dressed in caramelised nutty girolles, crunchy hazelnuts and zesty lemon thyme. Although delicious, the show stealer was the humble purée made from Jerusalem artichoke blended with blonde miso. The immensely creamy purée tasted like all the best sweet parts of an artichoke blended together, which is probably exactly what had happened. 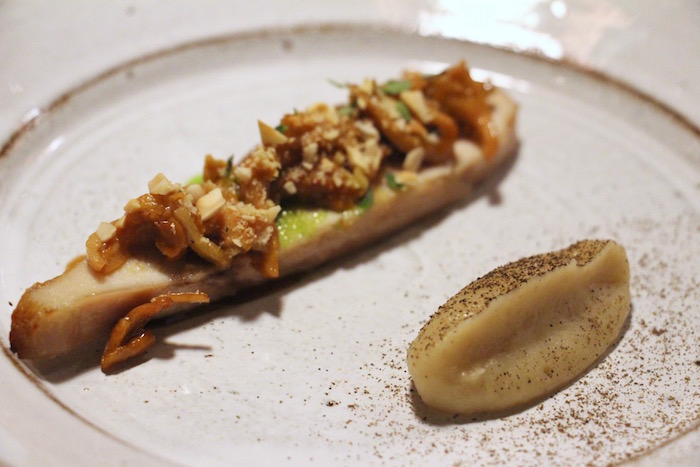 Smoked ice cream ($115) topped with toasted nuts and salted fudge accented with cloves completed our dinner. The faint perfume of the cloves reminded us of Christmas and also acted as a palate cleanser. Thick 'tar' syrup drizzled tableside made the dessert feel like a hot fudge sundae. 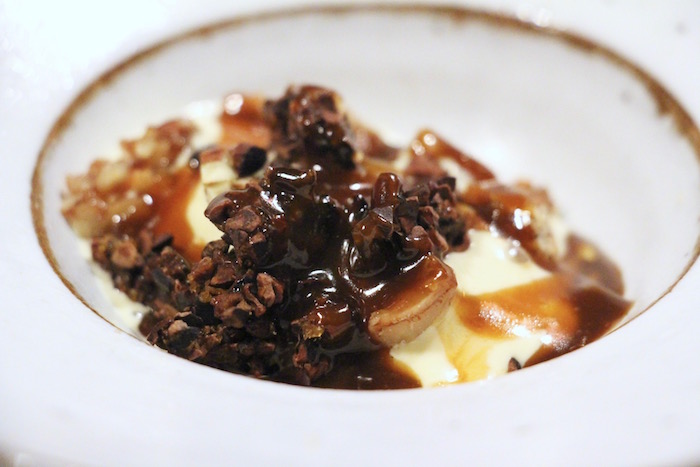 Petite syltkakor brown butter shortbread ($45) with blueberry jam were an additional treat before we called it a night. 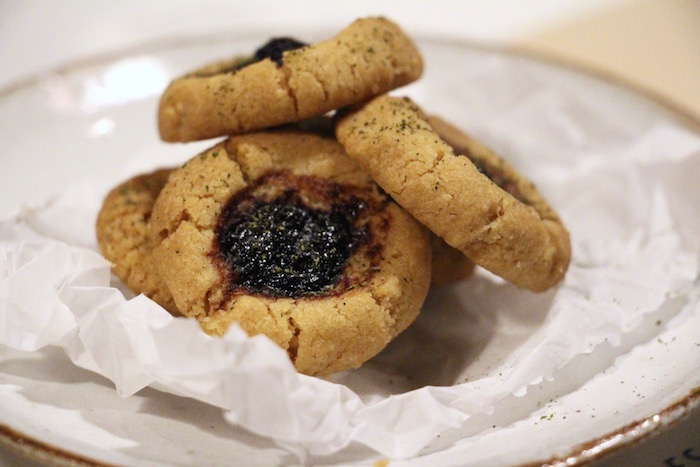 Verdict: A gloriously delicious dinner and eye-opening introduction to new Nordic cuisine. We  enjoyed the low-key environment for a relaxed fine dining experience that was personal and without pretension. However, the prices were on the steep side, adjusted to the relatively small portions. A conservative diner would need anywhere from two to three starters and two to three mains in order to feel satiated, which would firmly place the bill at upwards of $1,000, especially if you dip into the exquisite wine list of unique vintages. Like an indulgent truffle, a meal here is best saved for a special occasion. Having said this, we can easily see why Frantzén has earned critical acclaim so quickly in the game – the food certainly deserves applause.