Commissary brings a taste of sunny California to Hong Kong. A collaboration between JIA Group's Yenn Wang, culinary director Morgan McGlone and Head Chef Adam Shoebridge, the new restaurant, a stone's throw away from Upper House and JW Marriott within Pacific Place, is all about relaxed comfort eating, with a dash of Southern homestyle cookin' thrown in. The vibe in the colourful dining room is lively, with a cool, breezy 1960s retro appeal. Despite the taxi stand outside, the outdoor terrace manages privacy thanks to strategically placed lush foliage.

Chef Adam Shoebridge knows a thing or two about good food. The South Carolina native honed his skills in kitchens across the American South, New England, Australia and California and was most recently the head chef at casual, well-loved diner Rossi's 1906 in Sonoma. Together with Morgan McGlone, who headed up Belles Hot Chicken in Melbourne, Australia, they've composed a menu full of comfort foods.

We recently sat down for lunch and whetted our appetites with a Southern comfort classic, devilled eggs ($48 for 2), before cleansing our palate with cool glasses of a Californian new-age staple, kombucha ($58). The creamy eggs were given an international flair with the addition of briny salmon roe, which added textural contrast and bursts of savouriness. We loved the slightly fizzy, tart kombucha, which helped to break up the richness of the eggs. 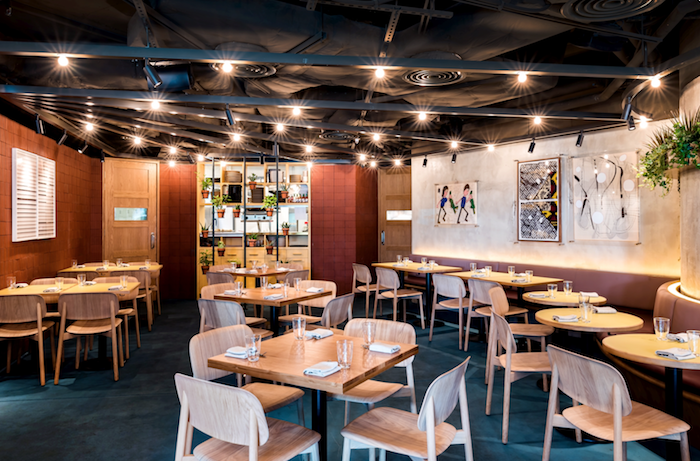 For starters, we couldn't resist the tuna poke tostada ($178), which arrived in the form of two generous discs brimming with marinated diced fish. We especially enjoyed the sesame oil in the poke, which added nutty richness and a dash of Asian influence.

It really isn't SoCal cuisine without fish tacos ($138), and Commissary's rendition stayed faithful to the original. The three small soft tacos burst with flavour thanks to the tender, lightly battered fish, crunchy, refreshing cabbage slaw, creamy guacamole and salty slivers of jalapeño. We thought that the jalapeños were particularly well placed, adding just the right amount of zing. Despite the fried fish, the dish was light enough to enjoy even on the hottest of days.

The St Louis pork ribs ($268 for a half rack; $480 for full), dusted in crushed peanuts and spring onion, came with the works: coleslaw, grilled corn and soft rolls. Smothered in house-made barbecue sauce, the ribs were fall-off-the-bone tender and incredibly juicy. We ordered the half rack, which was more than enough to satiate two very hungry diners. Although we enjoyed the tangy sauce, we did wish there was less of it as it overpowered the flavour of the ribs. On another occasion, we also ordered the ribs, but they were not as juicy as our first tasting, so perhaps consistency in the kitchen still needs some work.

The brick chicken with peas and dumplings ($158) is a tamed version of the original. We had images of a sizzling half chicken flattened against a hot pan for maximal caramelisation, but the actual dish was a demure cut of chicken breast amidst petit pois and tiny bits of dumpling that at first glance we thought were fried potato. The chicken was, however, cooked to juicy, tender perfection. We thought the petit pois could have benefited from less oil and salt as the sauce made the dish overly greasy without building on flavour.

It's not often we see onion rings on a Hong Kong menu, so we had to order them. Commissary's onion rings ($58) came piping hot from the fryer accompanied by a chipotle mayo dipping sauce. The rings had a proportionate batter-to-onion ratio and were deliciously satisfying – just make sure to eat them while they're still hot. 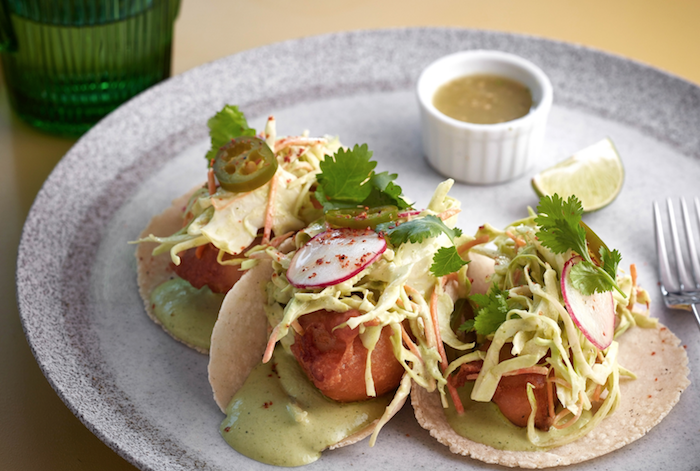 At this point, we were bursting at the seams, but the gluttons in us couldn't pass up the red velvet cake and tres leches with berries and custard cream ($68 each). The tres leches resembled a cross between a soufflé and a pancake and was airy and light. Paired with tart berries and creamy custard, it was delicate yet also incredibly satisfying. Asian palates prefer a subtle sweetness, and the red velvet cake has been slightly adjusted to cater to this. The cake was fluffier and less sweet than those found in classic American diners, and the cream cheese icing was less dense and sugary as well. This made for a satisfying sweet ending to a meal rather than a heavy, guilt-ridden finish. 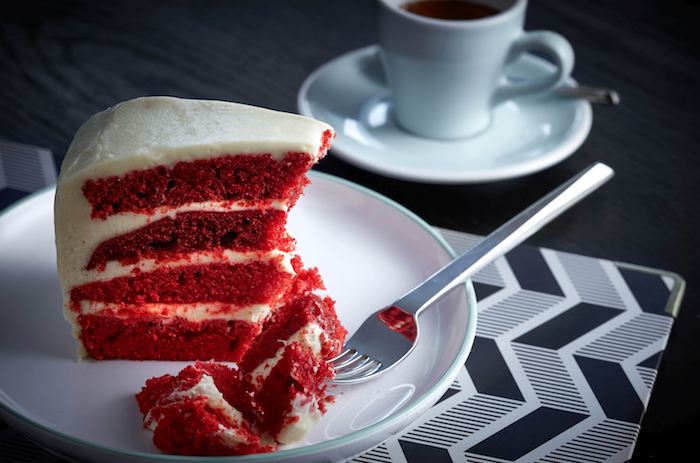 A great little restaurant for a casual, relaxed meal. In fact, we went back three times in one week because of its convenient location and, well, fish tacos! It is located in a mall, although the outdoor-facing windows make dining here feel less like eating in a fish bowl. Service here though can be spotty – most of the staff, aside from the amazing host, Enrique, felt undertrained and overwhelmed. Consistency in food quality is also an ongoing issue. But since the restaurant only opened in November last year, it may just be teething pains. Heck, we'd still go back for the tacos! 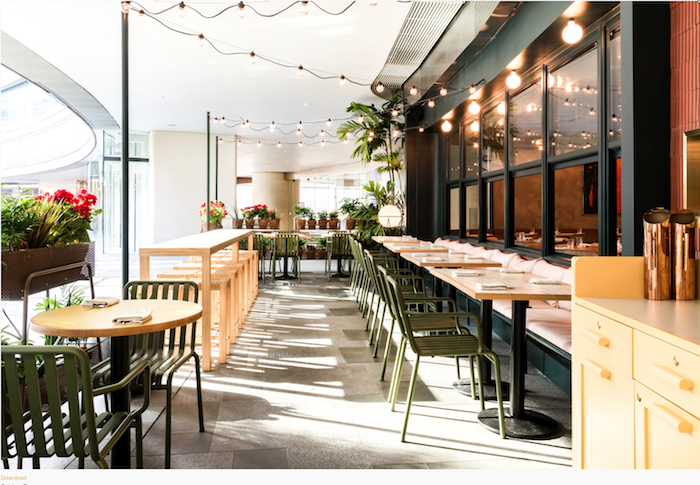